The new outpost in the Umm Zuka nature reserve has relocated into the heart of it. The cattle herd has been brought back to the outpost. The settler colonists are connecting a water pipe to the nearby army base (“Netzach Yehuda” unit), or, in other words, stealing water from the army, again. The pipe is hidden in a ditch in the ground.

The illegal outpost in Umm Zuka

After being caught stealing water by means of a pipe connecting them to the nearby army base, the settler colonists apparently had to relocate. They moved deeper into the nature reserve, where, among other things, several structures had been observed, looking like greenhouses. The cattle herd which had been moved for about a month to En Sukut, where it was watered with spring water belonging to Palestinians, was returned to Umm Zuka yesterday (May 19).

We were told that a disguised water pipe is hidden inside a ditch in the ground connecting the outpost with the army base, but does not yet reach the base itself. Apparently, this is a repeated attempt to draw water free of charge from the base (in simpler language – theft). It is hardly likely that the command of this base is not aware of this and is unwilling to cooperate.

We visited the local council in the village and met with representatives regarding the water issue. This is what we were told:
Bardala is located in Area B, and still the Mekorot water co. has dug several wells inside the village and is pumping large amounts of water. The villagers are not allowed to pump water there. According to them, in 1972 the heads of the village’s 66 families were summoned to Beit El and had to sign an “agreement,” according to which all their water wells would be closed and only Mekorot would be permitted to pump water from their land. In return, Mekorot would supply them with water in the same quantities pumped until then, which was 350 m2 an hour, at the rate of 14 agorot (cents) per m2. Evidently this was not a free-will agreement. They could not afford to refuse.

Over the years, Mekorot has not considered the natural growth of the Palestinian population and has unilaterally degraded the conditions of the agreement: first they reduced the water allocation – from 240 it went down to 100 m2. an hour. This is far from sufficient. Every farmer has to decide which parts of his land must be given up and stop tending them. We saw fields with yellowing and drying crops. In 1998 the price per m2. was raised from 14 to 50 agorot (courtesy of the Oslo Accords…). The villagers refused to pay it. The Palestinian Authority pays in their stead.

According to the Oslo Accords, the Palestinians may continue to pump from all the existing wells, and dig 30-40 more wells, most of them in the Palestinian Jordan Valley. In fact, much less digging has taken place.

Yaacov Manor said that the joint Palestinian-Israeli water commissions (appointed following the Oslo Accords) have not convened for several years now, so there is no platform for lodging any complaints. They have only recently began to function again.

About two weeks ago riots broke out in Bardala against Mekorot and the army intervened in favor of the Israeli water company. It even used tear gas against the demonstrators.

We were told by several families that many sheep and lambs in their flocks had recently died. The veterinarian who comes there from Tubas distributed medication that was of no help. It constitutes a veritable threat to the shepherds’ livelihood. Where will they be able to find other sources of income? They have appealed to the PA’s veterinarian at Tubas.

We will try to help as best we can. 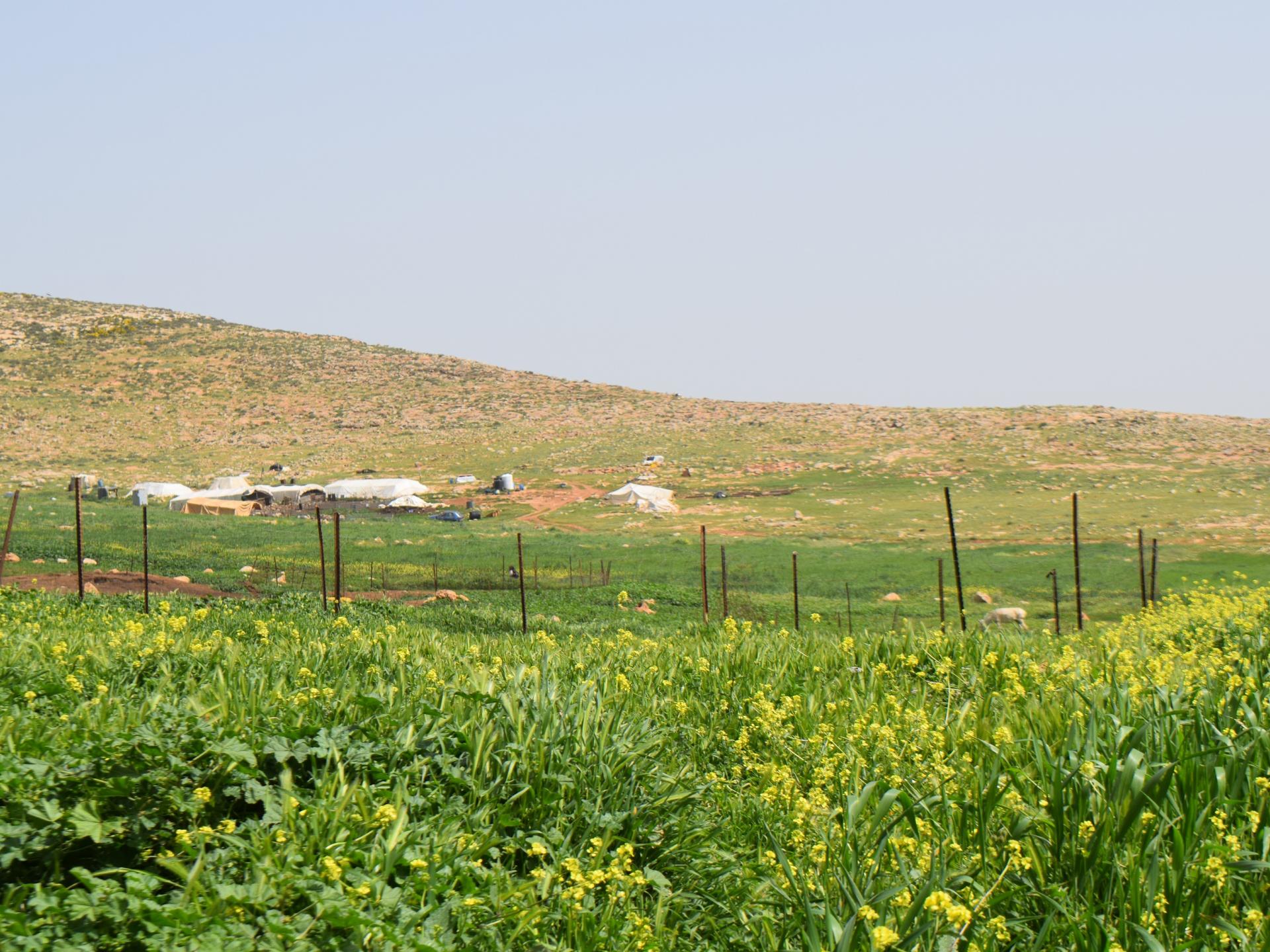