Etzion DCL: a 3-month-old baby is GSS prevented. Not yet investigated! | Machsomwatch
Skip to main content
Back to reports search page

Etzion DCL: a 3-month-old baby is GSS prevented. Not yet investigated! 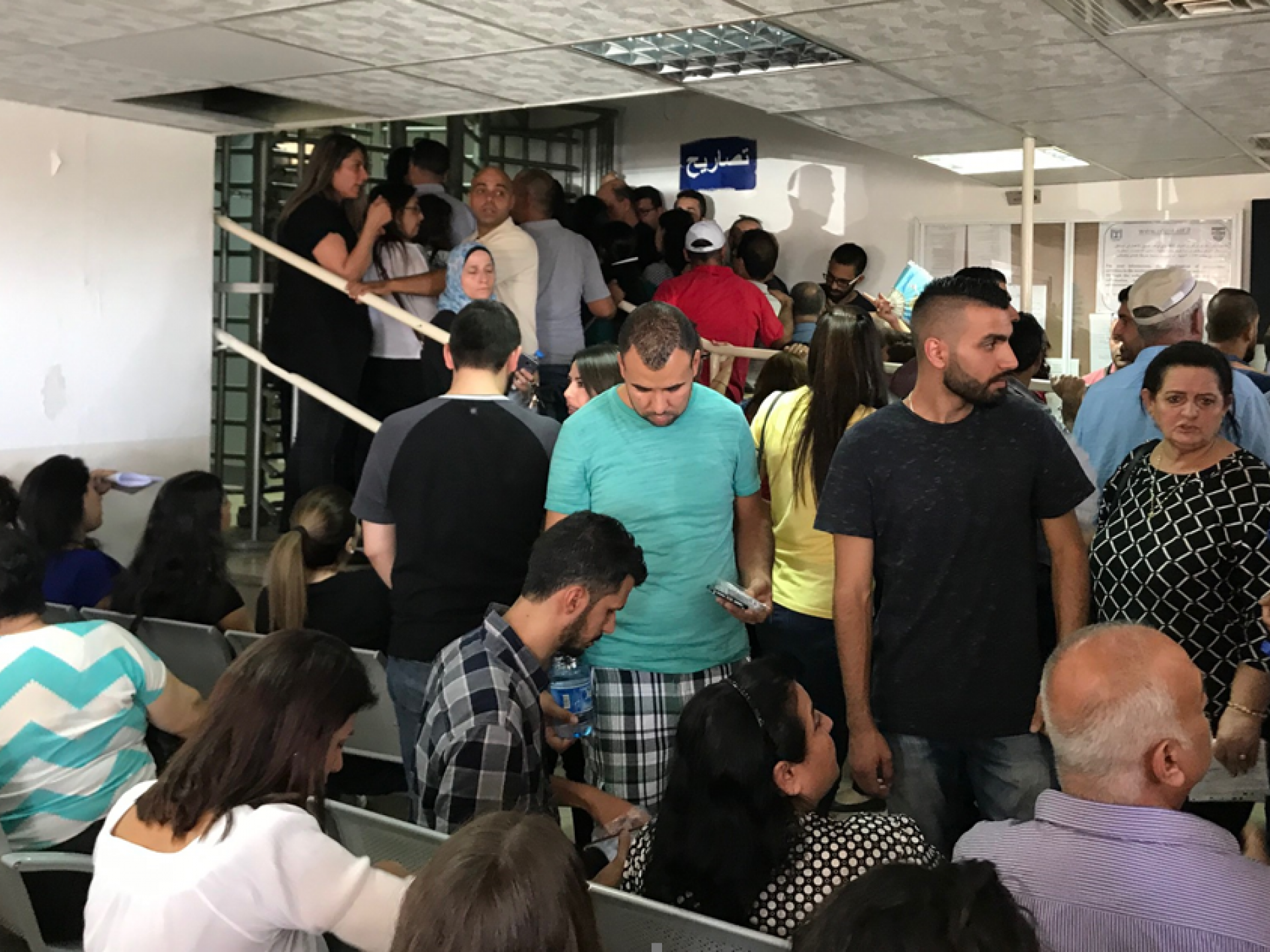 2019 Etzion DCL: Today they opened at nine instead of eight. As the hall opened, a large crowd burst in 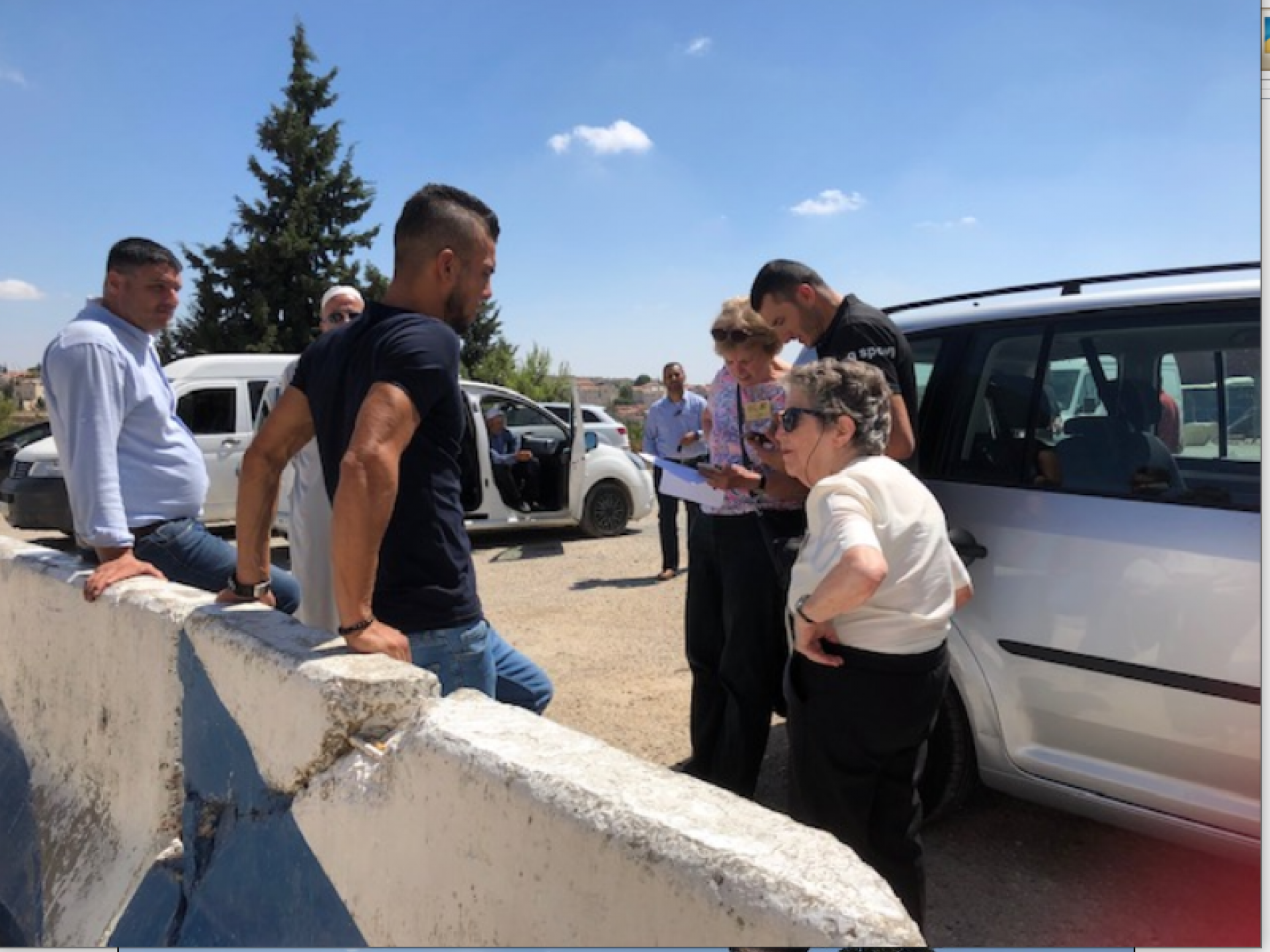 Etzion's DCL 19.8.2019: We had just arrived at DCL and Ora and Shlomit is already receiving inquiries at our makeshift office…

Again, like last week, the waiting hall was full, but only a few people waited outside. Two men told us they arrived at 6 in the morning, a woman said she arrived at 7. According to them, the waiting hall opened at 9.00 instead of 8.00. By the time the hall opened, many people had gathered there. When it opened, the crowd burst in, creating pressure. The strong ones pushed themselves to the head of the queue and took the first entry numbers, and the early ones, who were hoping to get first numbers, received tickets numbered 55 and higher. The work inside was slow. When we arrived, at 10.40, number 32 was let in, and when we left, after 12.00, only number 41 had entered. It was clear that many of the waiting people, who will have to wait at the hall till closing time, will not get in and will have to come back tomorrow. All this hardship and suffering could have been avoided if they had set a special reception day for each group of the waiting people according to their place of residence, as was customary in the past. It's time for this simple solution to finally enter the minds of those who ignore it and hence start functioning as they should!

A woman approached us and said that she worked as a school teacher in a settlement and four months ago she suddenly learned that she had become prevented from entering Israel. She has no idea what is the cause of this prevention. She needs a permit to enter Israel because she must accompany her son, who is suffering from heart problems, to tests at a Jerusalem hospital. We advised her to apply for an entry permit two weeks before the date set for her son's tests, to allow the GSS enough time to conduct a "dangerousness analysis." A young man came up to us and said that his mother is a Jerusalemite and she, and all his brothers, live in Jerusalem, but he has been prevented from entering Israel for 5 years already. Before that he had a letter from a court that he was allowed to stay in Jerusalem. The reason for his prevention is that police officers caught him while drunk. They claimed he attacked them. He denies it. It is likely he will reach a plea bargain with them. An elderly man said his friend's son, a three-month-old baby

, is GSS prevented!! It is unclear if this prevented little guy has been investigated yet. The prevention did not surprise us, as we had already met a ninety-year-old prevented man and another with amputated legs, both GSS prevented as well. Two other prevented men contacted us and complained that, because of stones thrown twenty years ago, they are still prevented.

Once again, we realized that there was still no water in the toilets next to DCL and in the drinking taps. The filth is unbearable.