“Ramadan is in the air”, “the constant friction point with soldiers”, ”the clock is moved a quarter of an hour backwards”

At the entrance of Azun we do not notice any army presence.

Ramadan is in the air: very few people seem to be awake after the late fast-breaking meal of the evening before. On our way to the agricultural gate, at Kafr Jamal, garbage-collectors with their truck are the only living beings we meet. The Palestinian flag on the water tower waves proudly over the sleeping village. 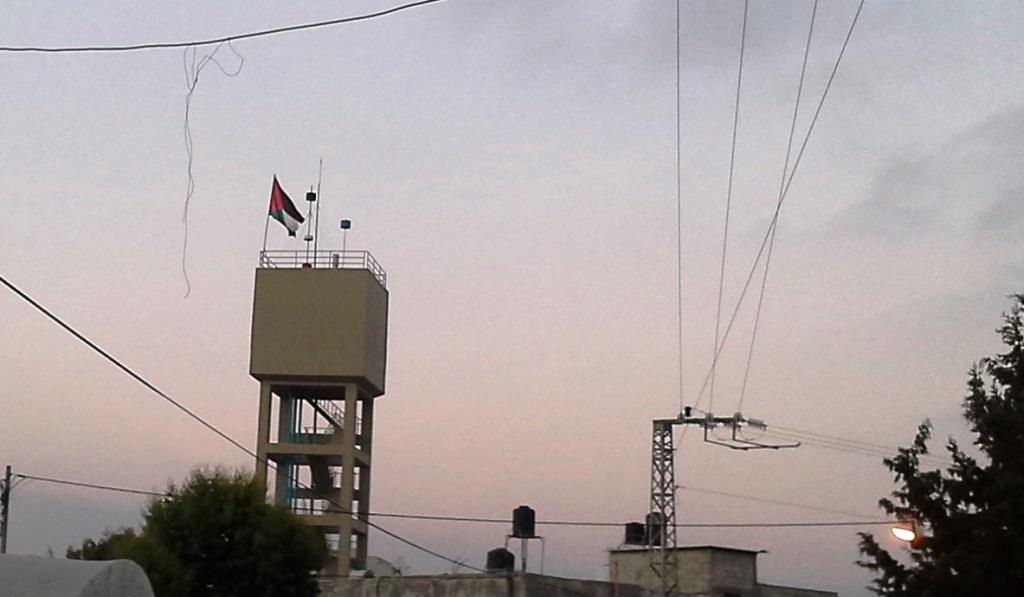 When we arrive at the gate of Falamya N. at 5.31 A.M., there seem to be slightly less  workers (and tractors)waiting  than usual, many of them still sleepy.  We meet   A and Z who we know from -and even visited -before; they tell us they are preparing a list of children who want to take part in the so-called ”Sea Days”.  They also remark that their request to open the gate in the afternoon an hour and a half earlier during the fasting days of Ramadan was denied.

Although, according to the official schedule we were given, the gate should open at 6.30, the soldiers of the military police wait in their car until 6.45 before opening the gate. Rinat wants to take pictures but is told by the soldier not to. I explain to her that his order has no legal grounds and that we are allowed to photograph there.  This is the constant friction point we have with this specific team of soldiers, they are the “ruling and disciplinary kind”. The Palestinians learned quickly with whom they are dealing. They wait quietly behind the second gate and move very orderly in groups of 5 at the beckoning hand-gesture of the soldier to be checked. An older man is rudely being told by a teenager -soldier to stand in a straight line at the second checking point. The female soldier of my last shift (see 15-5-16) keeps her distance (or is not there; with the baseball cap deep over her eyes it is difficult to see). One much politer soldier asks me not to take pictures and I promise not to photograph him.  At the very last moment a few workers arrive but make it just in time before the gate is being locked at 6.25, also 15 min. later than the official schedule.  It looks as if the army-clock is moved a quarter of an hour backwards.

Falamiya S. Gate is opened, by the same soldiers-team, at 6.35 and not at 6.20. About 3 or 4 tractors pass and few workers. An older looking man (about 50?) negotiates with the soldier about the contents of a sack. 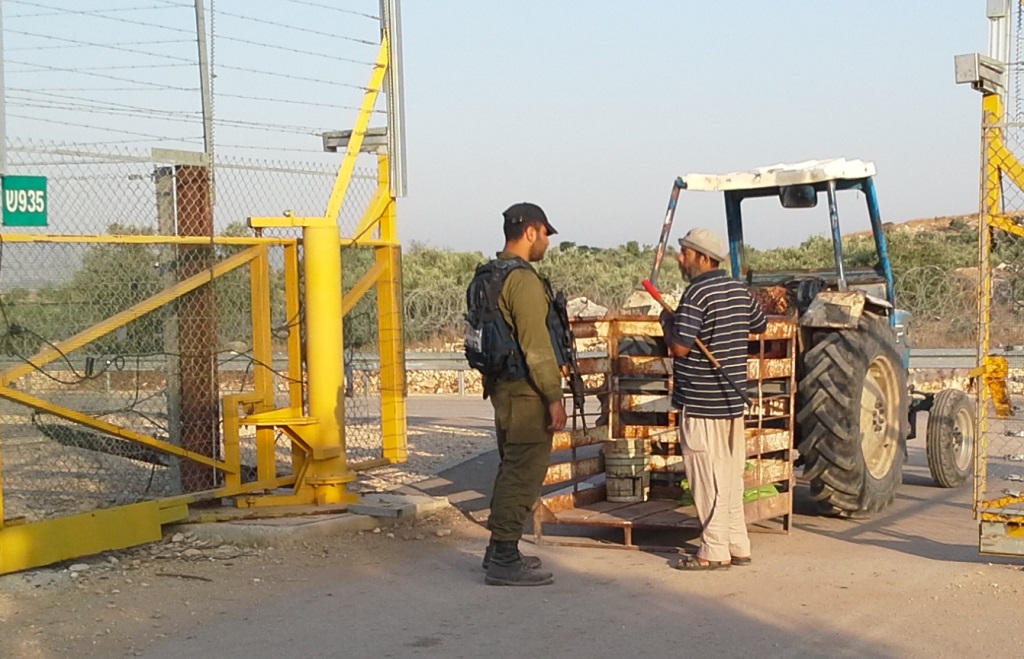 The man seems to have said something amusing  as the soldier laughs, loses for a moment his ”ruler-attitude” and  allows the man to pass, sack and all. 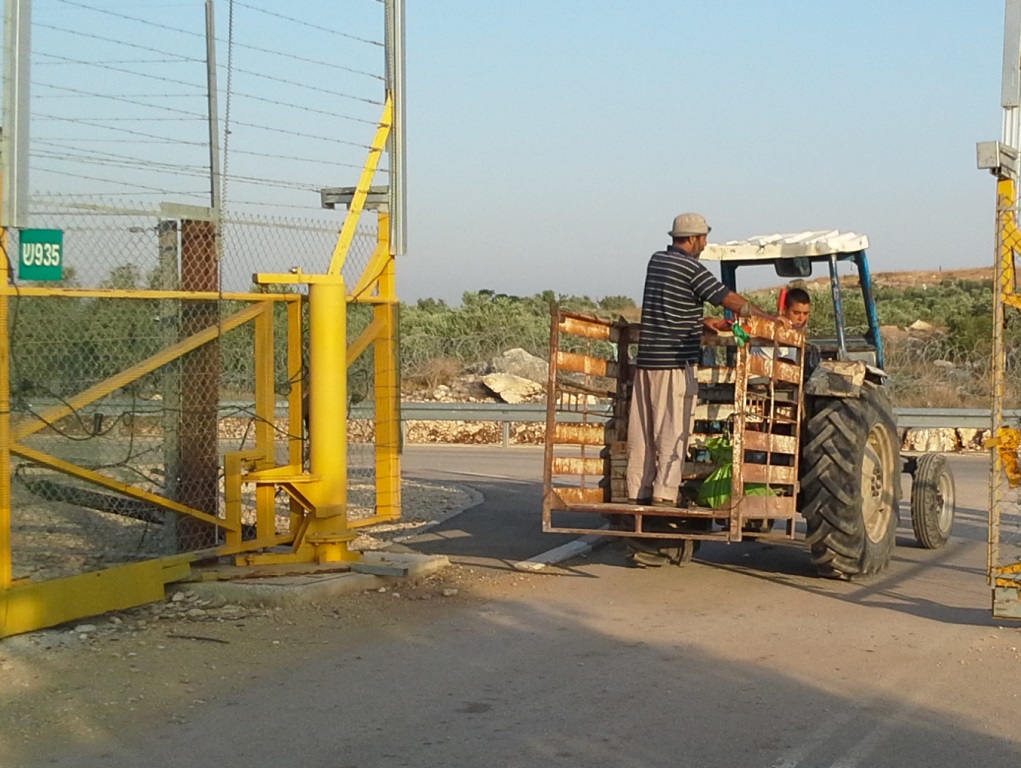 I show Rinat the permanent closed gate of Jayous N. In Jayous we do not see the usual schoolchildren and we continue to gate Jayous S. which opens at 7.05 to let just one man and his donkey pass.

On our way to Khirbet 'Isla, just before Nabi Elias, we see an empty baby

-pushchair  in the middle of a field, a strange sight.

At Khirbet 'Isla too there are very few Palestinians wanting to pass the gate which opens at 7.30. The school is still closed as “life” starts later during Ramadan.