It was immediately apparent there was no one keeping order in the Palestinian parking lot (the “red side” of the checkpoint), given the crowding and the masses of people at the turnstiles.  There’s no sign of A., who volunteers to keep order, nor of the five hired personnel who began working two weeks ago but didn’t come this week.  A. now works in Nazareth and

crosses through a different checkpoint.  Crowding starts at 04:30, half an hour before the checkpoint opens, and continues until approximately 07:30 on a good day.  People are angry and tired even before beginning their workday.  What Israeli would have been willing to waste one or two hours each morning in an annoying, crowded, congested line?  R., from the checkpoint management, politely and calmly rebuffs my attempt to find out what they’re doing to ease the line.  What do you know, he tells me repeatedly.  What I’ve seen and heard for fourteen years, I reply.  He finds that hard to believe.  At least both turnstiles are operating simultaneously for people entering the terminal.  After stopping for 4-5 minutes they turn again and about 50 people come through, mostly young men, pushing and shoving; some were trapped within the turnstile when it stopped.  Others, mostly older men, prefer to wait off to the side, at the price of being very late to work.

The checkpoint opened on time but crossing goes slowly:  The soldiers, who are acting as “fashion police,” didn’t allow ten people through because they thought they were too well-dressed for farm work.  Let’s assume they’re not heading to the olive groves today, but why do they think a Palestinian farmer must be wearing dirty clothes?

An elderly resident of A’anin goes through without a permit, because of his age.  His son’s permit was confiscated as part of the Shabak’s general, inexplicable clampdown.  He knows about the wholesale clampdown but believes his son must be permitted, like him, to cross without documents.

Another resident wanted to cross this morning with his son.  They let the father through.  They told the son to return to the village.  The father told the son to wait and he tried again later and this time got through.

The hunt continues for tractors born before 1995 which are thereby no longer entitled to cross to the seam zone.  Remember:  most of the agricultural lands belonging to A’anin are imprisoned in the seam zone.  Now imagine this:  Without a tractor, a farmer can’t cultivate his land.  After a few years it will be considered to have been abandoned.  Guess who’ll receive it as a gift from the state of Israel?  In the following clip, Ahmad tells about his tractor that’s too old.  This morning he was stopped and told to take it back to the village.  He did, and came back on foot.  His wife had already crossed and was waiting for him.

Today it opened exactly on time but not everyone went through.  Four women and their small children were refused entry even though they had agricultural crossing permits.  And not because they were too well dressed.  They had the nerve to tell the truth, that they were going to visit relatives in Umm el Fahm, adjacent to the checkpoint.  Often women and children are allowed to cross here even if they’re not going to the fields.  It’s confusing.  So – should they lie, or not? 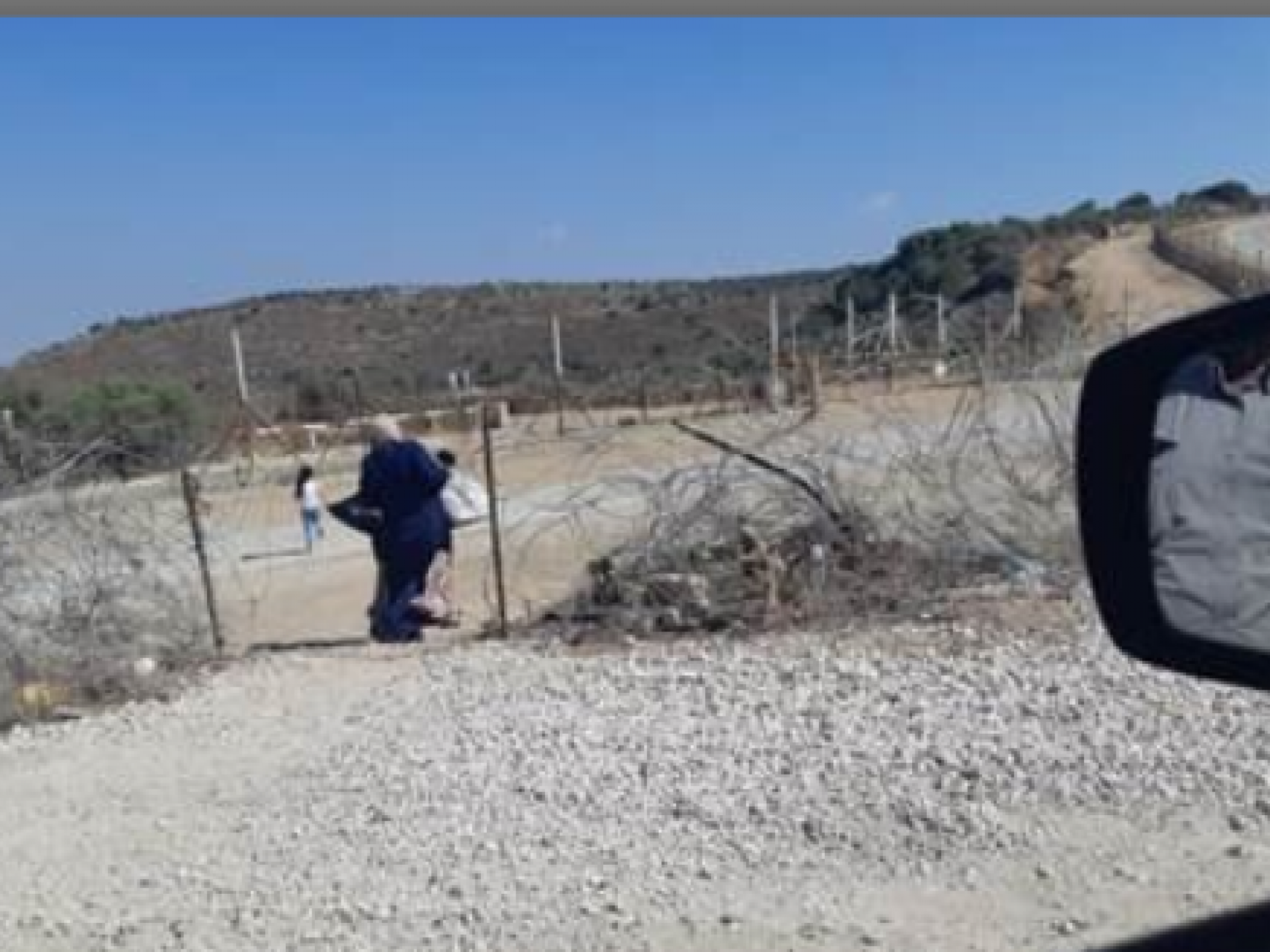