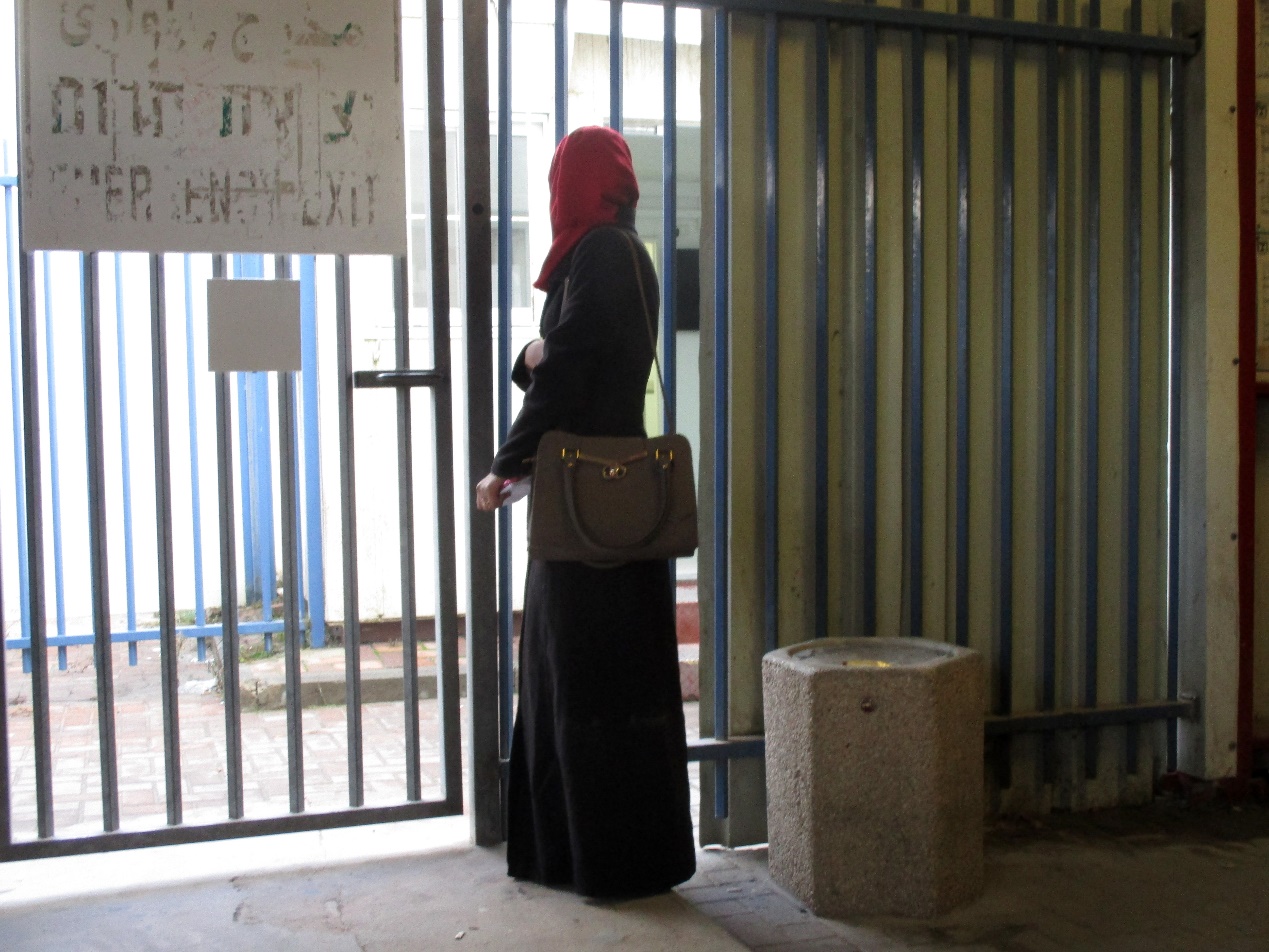 The DCO (District Coordination and Liaison), or by its unlaundered Palestinian name Mukhabarat (General Security Services), is where Palestinians turn to in their toughest hour.

Here is where the worst of the occupation’s festering bureaucracy instances concentrate.

The site and its methods are meant to tighten the system.

One of the ways is to exert pressure on the individual at his most vulnerable spot and make him offers he cannot refuse.

I went there with Rida.

Two hours ago Rida already entered and requested a transit permit for her ill sister to a hospital in East Jerusalem. She was told that the stamp on the hospital’s summons form she was holding was not visible enough and also lacks an ordinal number.

“Come here tomorrow with your documents in proper order”, they said.

When I met her she was desperate, the hospital appointment was set for the next morning, what would happen to her ill sister?

We tried again, together. What could be lost by someone who has already lost?

There, inside, after having reduced myself to a doormat and spoken for Rida, she received the permit.

Rida was glad, her sister who was constantly at the other end on the phone was also glad, and so were all their family members at home.

Final chord: “You’re a Jew, I think. What’s this supposed to be?”