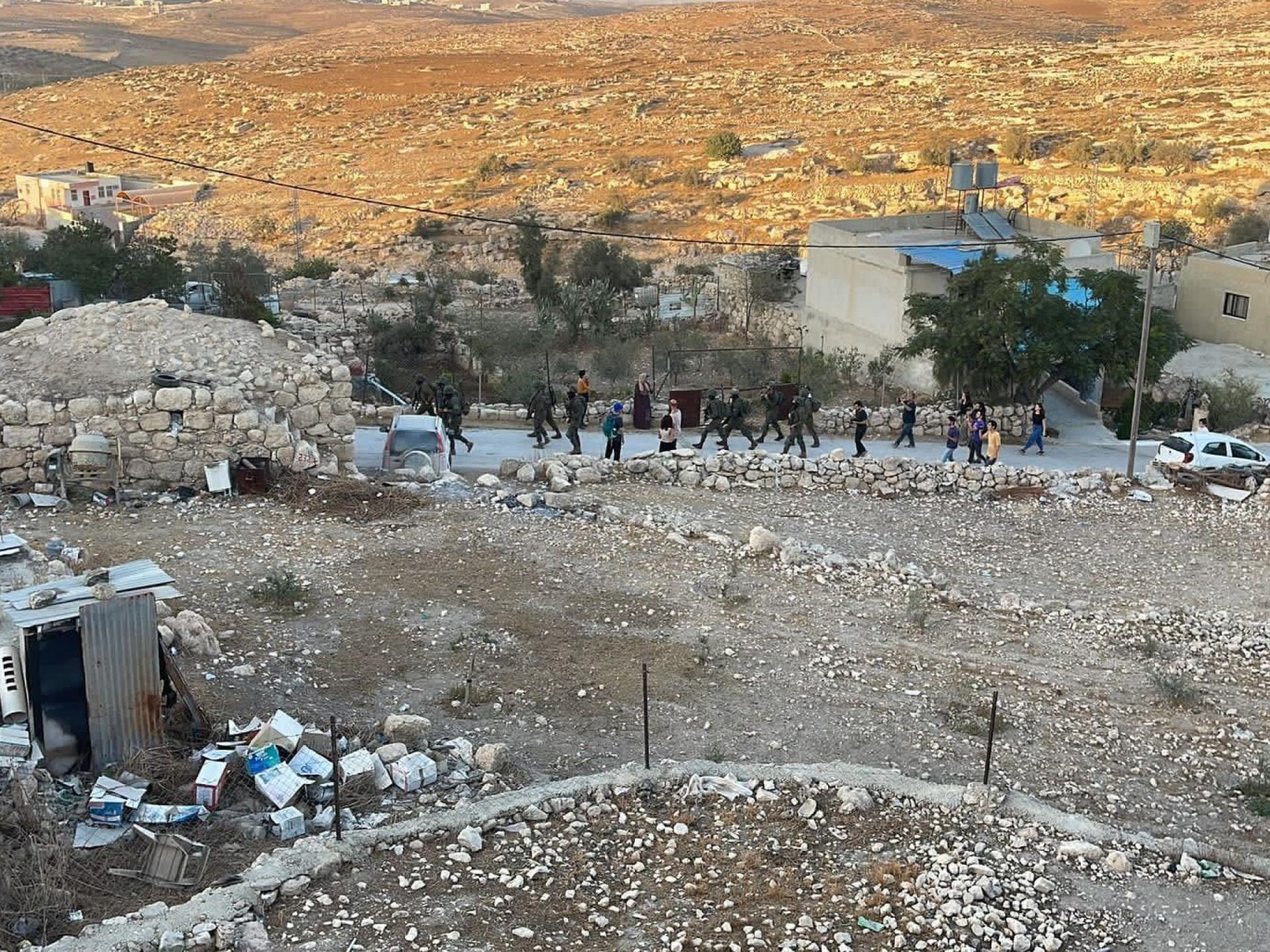 At-Tuwani - soldiers in the village

Not far from the crossing, there is a large Bedouin village, Ramadin, which is close to the wall. Recently, there are many workers who, due to the closing of the loopholes, try to cross the wall, with the help of ropes, fall and get injured....and they come to Ramadin for help, because there is a clinic there.

We went to At-Tuwani, a recently explosive area.

There is no barrier at the entrance, no soldiers are visible.

We drove through the house of Hafez, who is sitting in prison, with broken arms, due to a false accusation of attacking a settler, which was proven, by videos, and by the apology of reporter Ohad Hemo, who is the attacked who defended himself....

A little before we arrived, a number of women from Hafez's family went up to their agricultural land, in the direction of Ma'on's farm, to pick their vegetables. Soldiers immediately came to them, and drove them away and told his wife to come alone later! Which she will not dare to do.

We continued to Nasser's house, who says that in the last few days, around the last incident, soldiers have been walking around the village, photographing , searching houses (at Nasser's they broke the door), arresting people, taking them to the entrance of the settlement, where they check IDs and release them.

On the morning that we were there, they said that the army was concentrating in the area of Maon and Maon farms, because it was expected that Ben Gvir would arrive....

After the truth about Hafez's attack became clear, settlers were also invited for questioning, but did not come.

After the truth was revealed, the soldiers left the village, many Palestinians, including Nasser, received warning calls from the GSS, not to do anything that would "endanger" them.