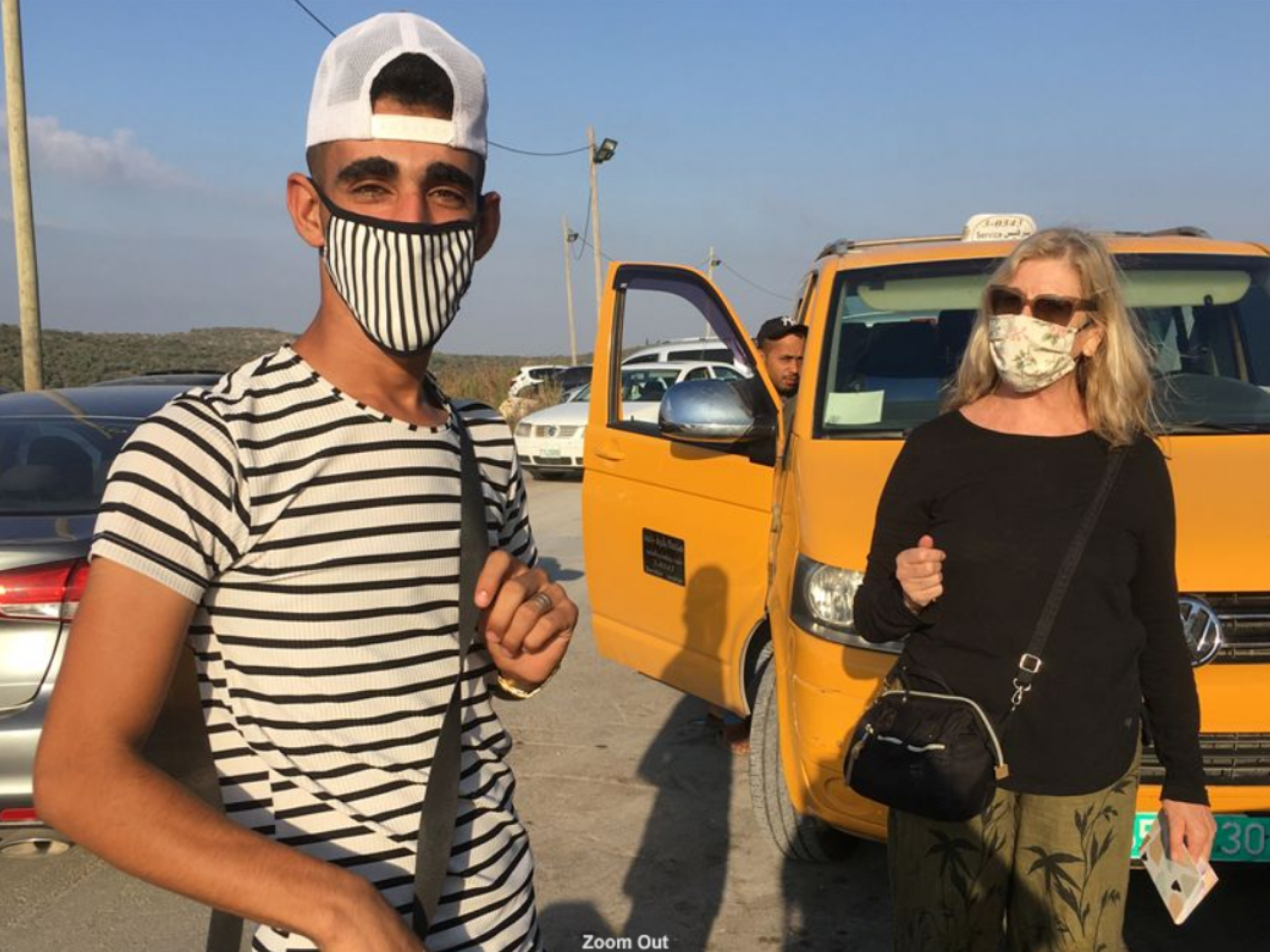 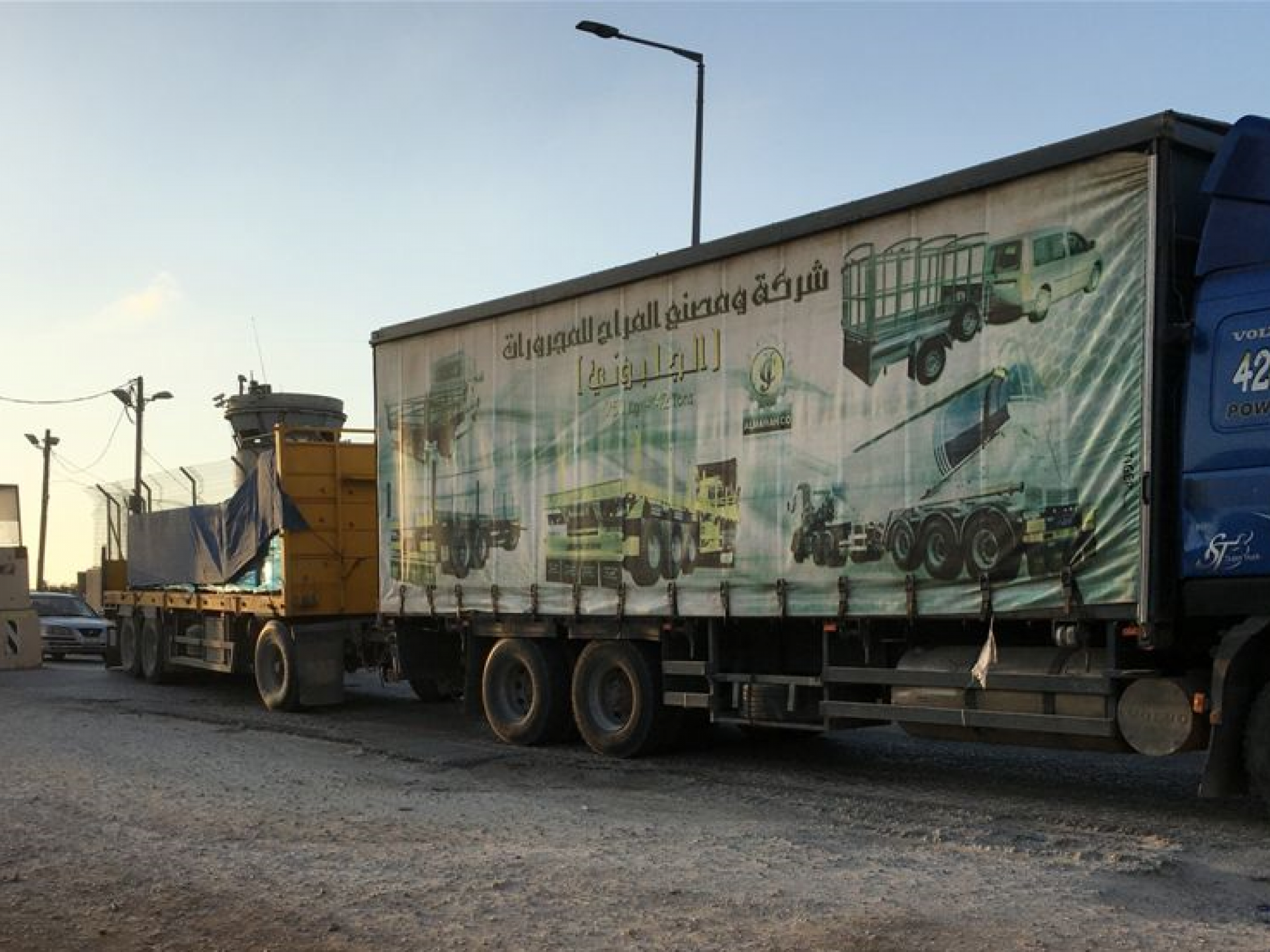 Checkpoint will work - passed successfully between the concrete blocks

At 06:00, we passed by the junction to Eastern Barta’a.  As we have reported in the past, as well as this morning, many workers arrive from the direction of the separation fence.

The traffic in the sleeve

, the enclosed passage to the entrance to the terminal, was quite sparse. We parked in the improvised lot south of the checkpoint, to view the crossing through the breaches in the fence. The traffic swarms there. Most of the traffic arrives here from the direction of Kafin village, on a steep road in bad condition. Others come in vehicles and go down on foot. Someone tells us that he will now walk about three kilometers to the fence, but lucky he got a ride in a taxi.

The checkpoint is open.  There is just one narrow lane with cement blocks, which force the drivers to slow down and travel in a zig-zag fashion between them. A large, long truck maneuvers slowly between the cement blocks and causes a traffic jam.  On the side of the checkpoint, there is a dirt road that could ease the traffic if it weren’t blocked.

It is also wide-open. Workers sit near the settlement’s gate and wait for their employers.

We took personal pictures near the dump.  The security guards arrived and took us to a picnic table past the gate. The assistant manager, R., came to speak with us.  Marina and he began to talk about growing mango and lichee trees, until he left. A functionary politely reminded us that it is forbidden to photograph here.  We recalled a document that allows us to photograph, and we will try to bring it with us in the future. One of the security guards asked if one of us was Hannah H. He reads her reports. We mentioned other names that they recognized.

The parking lot on the Palestinian side. Few are wearing protective masks. Marina askes one of the drivers why he thinks they cross at the breaches in the fence, and he answers, “it’s an illusionary fence.”

The gate and the sleeve are locked to pedestrians.  According to the soldiers, there is no electricity right now.  They open the gate from inside for the driver who has arrives in a security vehicle from the settlement of Hananit.  In the meantime, we spoke with a student studying for a Master’s Degree in accounting at the American University in Jenin, and with A., from Arara (in Israel), who has been married to a Palestinian from Tura (in the West Bank), for 25 years.  She is trying to receive Israeli citizenship. 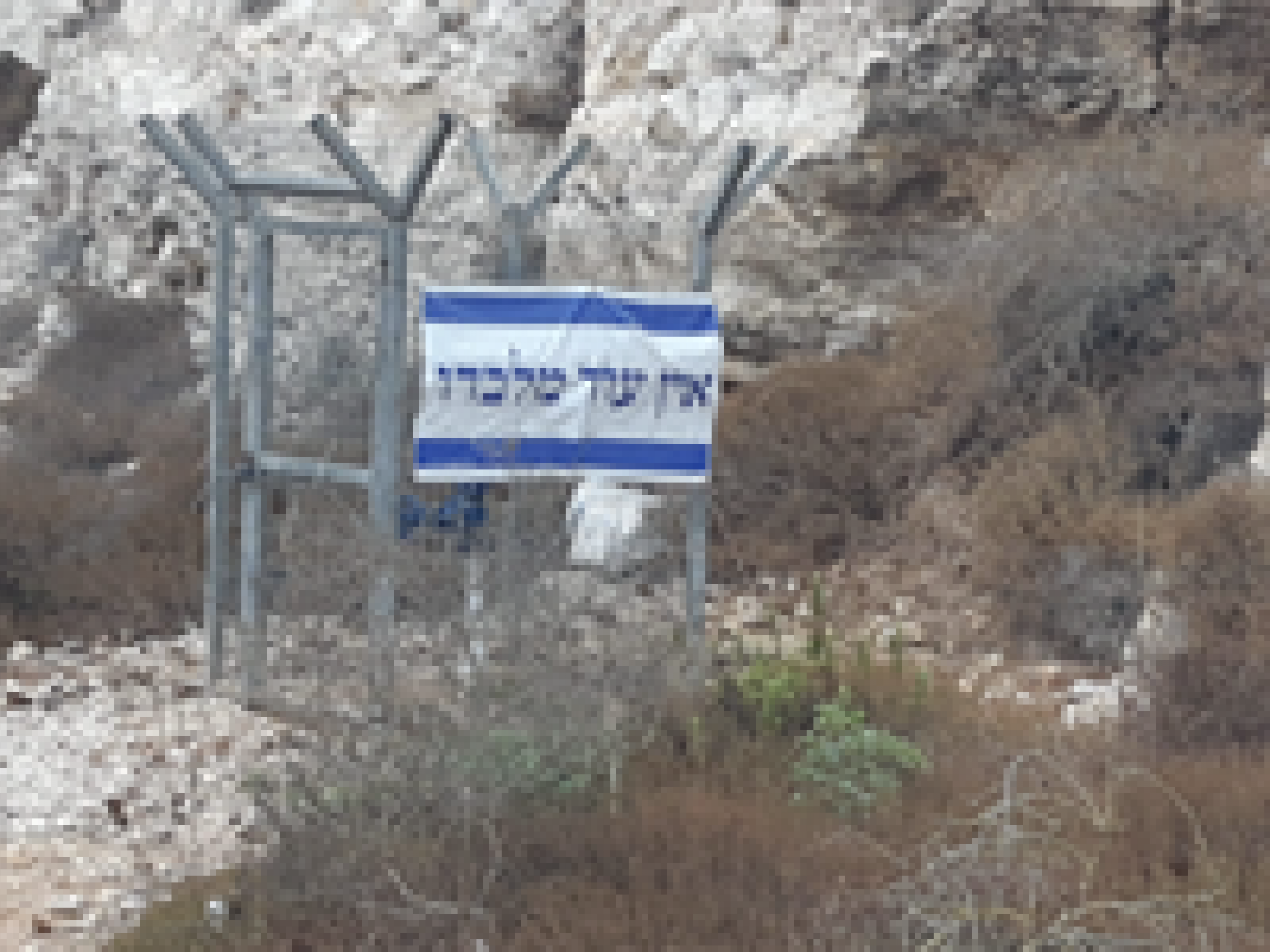 Sign on Route 611: There is no one else but him