A day in the Jordan valley: began with abuse, ended with fun for kids. | Machsomwatch
Skip to main content
Back to reports search page

A day in the Jordan valley: began with abuse, ended with fun for kids. 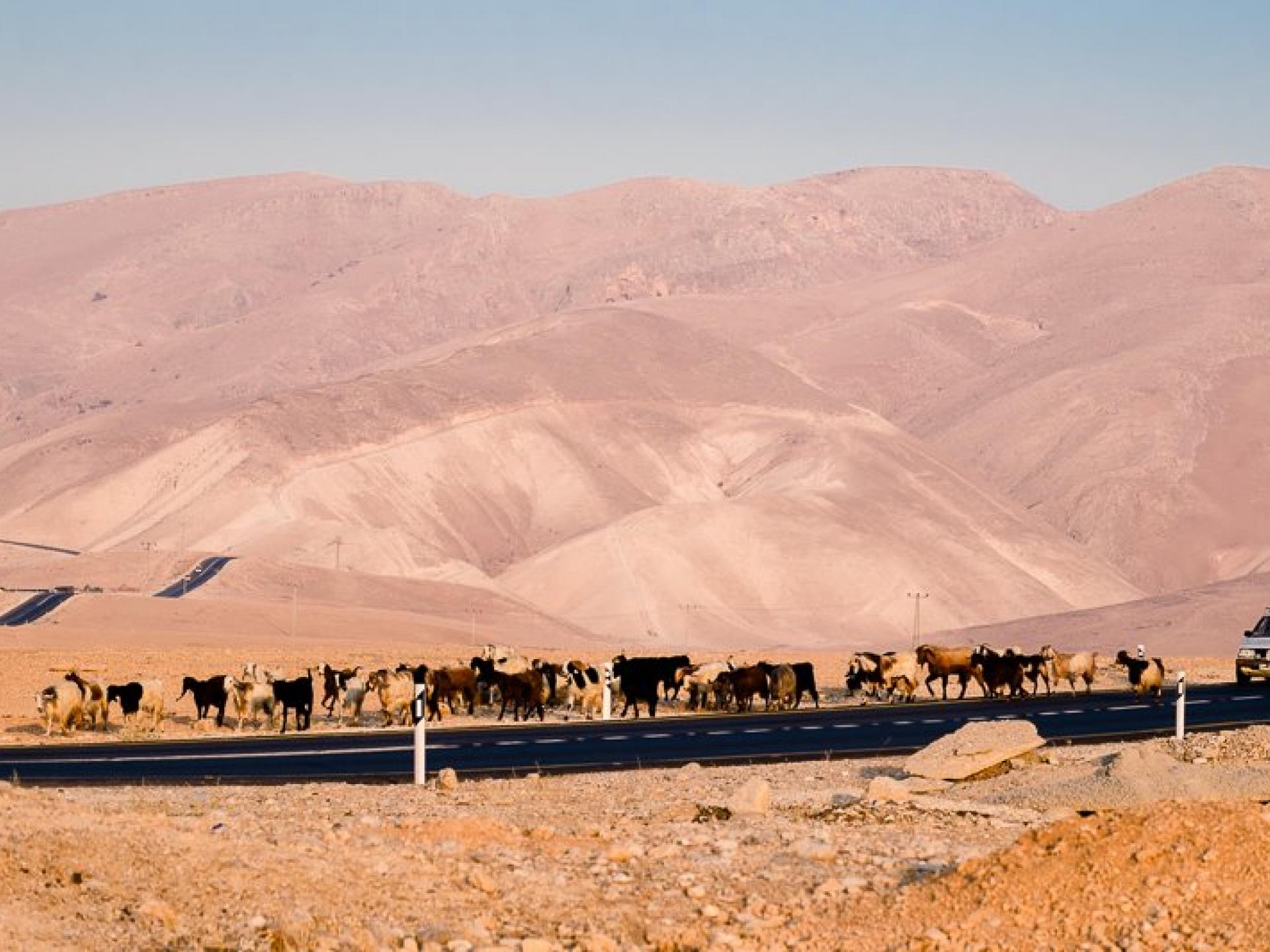 Palestinian Jordan Valley: the Palestinian cattle forced away from its grazing ground by the collaboration of the Israeli army with the settler-colonists
Photo:
Rita Mendes-Flohr 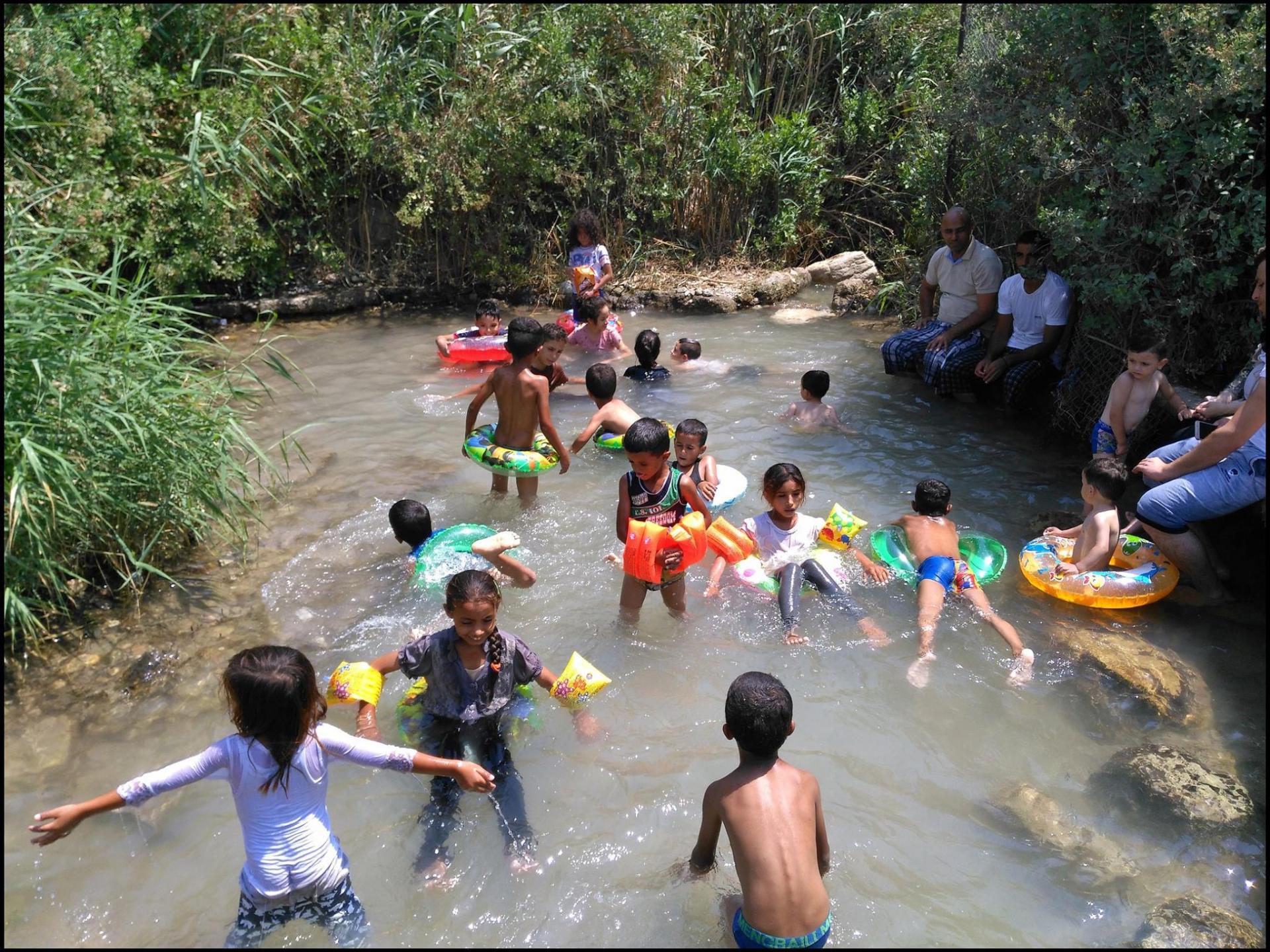 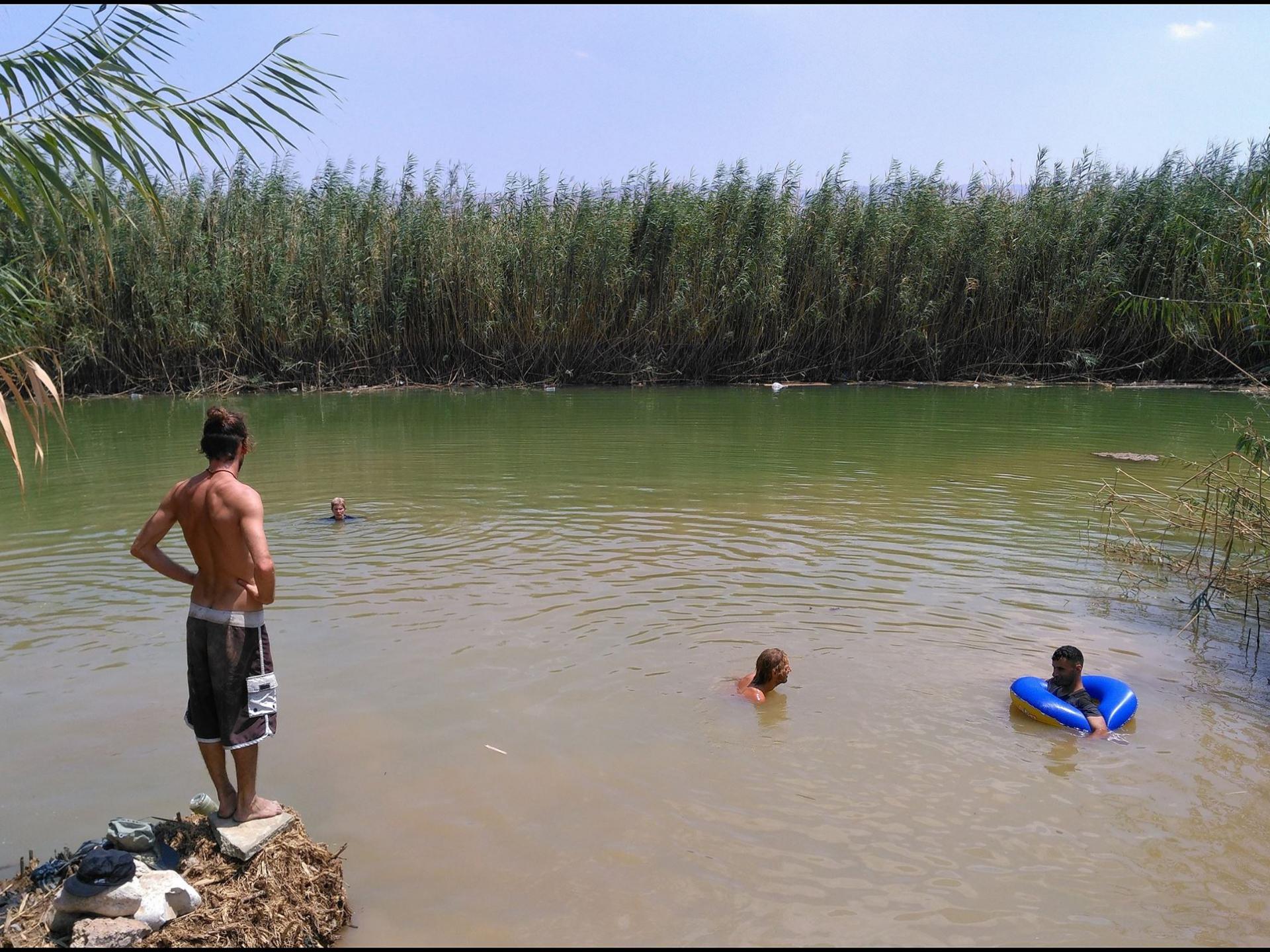 Palestinian Jordan Valley: the large spring that belongs to the Palestinians serves them for the first time as a recreation site
Photo:
Nirit Haviv

On our way from Jerusalem to Ouja, at six am, we receive a call from Palestinian herders that they have, at this early hour, already been presented with a military order declaring the lands they are grazing in as ‘closed military zone”. When we arrive, two cars from Jerusalem, at a T-crossing in route 449, where we are waiting for another from Tel Aviv, we are joined by an army jeep, and presented with the order.

Guy Hircefeld argues with the officer that the order is illegal. In another case, of the South Hebron Hills, brought to the High Court, it has been established that such orders of closed military zones are illegal if:

The herders have been presented with such an order every day in the past week, and never has a reason been provided. The only reason being that Omer from the illegal outpost Havat Omer – who has terrorized the herders out of their grazing lands for the past fifteen years – is using his friends in the army to prevent the herders from reclaiming these lands – now accompanied by activists from Ta’ayush and MachsomWatch.

Asked about the reason for the closed army zone, the army officer in charge says: “that is not my business, I only follow orders” The map we are shown is not signed, so that all three conditions apply. We are certain to contest the orders in court.

Across the road, where there is nothing for the sheep to eat, the order does not apply. So we move there. We object when the army officer asks for the identity card of one of the herders who is just standing there doing nothing illegal - and the officer decides to call the police, charging Guy with ‘interfering in the officer fulfilling his duty’. We have to wait for the police – and the army officer prevents us from going to join the herders.

In the meantime, as the other herds start to come east, we send out our activists to accompany them. Some of us join a herd in an area near Mevo’ot Yericho, where the order does not apply, others join herds in an area that is not clear if it is forbidden, while another activist slowly accompanies the expelled herd home, while grazing on the way back.

Another army jeep arrives, and the two jeeps stay at the crossroads for quite a while. Later the police car joins them, but they do not approach us, just talk to the army officers. In the end, no charges are pressed, though the police officer insists on taking our identity cards to write down our numbers, and says it is a formality, as we were present at ‘the event’.

With all this commotion, the many different herds seem to have gotten a few good hours of grazing before they return home as the heat of the day becomes less bearable.

After the grazing, we meet our Palestinian friends at their home in Ouja, where we are served tea and hear of army visits late at night – for three nights in the past week or so - scaring the children who can’t sleep afterwards. It seems the only purpose of those nightly visits is intimidation - presumably in the name of the settlers…

Afterwards, we drive to Ein Sakut for a wonderful day of fun in the beautiful, large natural pond with tens of Palestinian children from various herder communities in the Jordan Valley, organized by MachsomWatch and other activists, led by Daphne Banai.

Not only the children enjoy the day, but several Palestinian adults (almost exclusively men) who accompany them love the dip in the refreshing water. Most have never been there before – even though the spring – appropriated in Hebrew as Ein Sukkot, even with a road sign to a nature site -, is located on land that belongs to one of the men who now lives in Tubas.

An important part of this effort is the cleaning of the site by activists who go around with large bags, picking up the garbage strewn all over the place. Even though there is a large garbage container at the site (a ‘frog’) it is overflowing with garbage as it is not emptied by the Israeli authorities in charge. 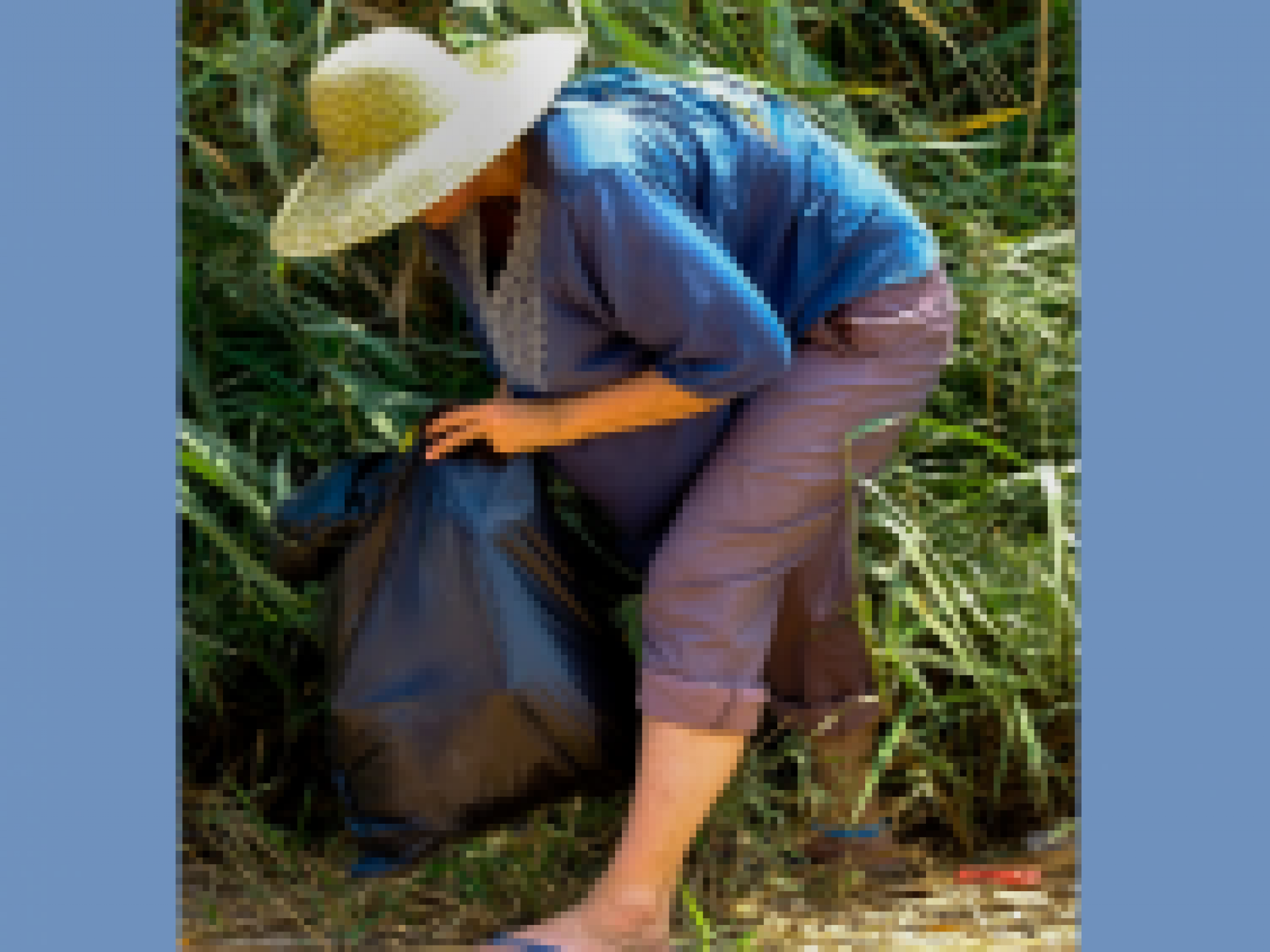 cleaning of the site by one of the peace activists
Photo:
Rita Mendes-Flohr