The one who was attacked in the Jordan Valley, in the Binyamin police were declared an attacker. | Machsomwatch
Skip to main content
Back to reports search page

The one who was attacked in the Jordan Valley, in the Binyamin police were declared an attacker. 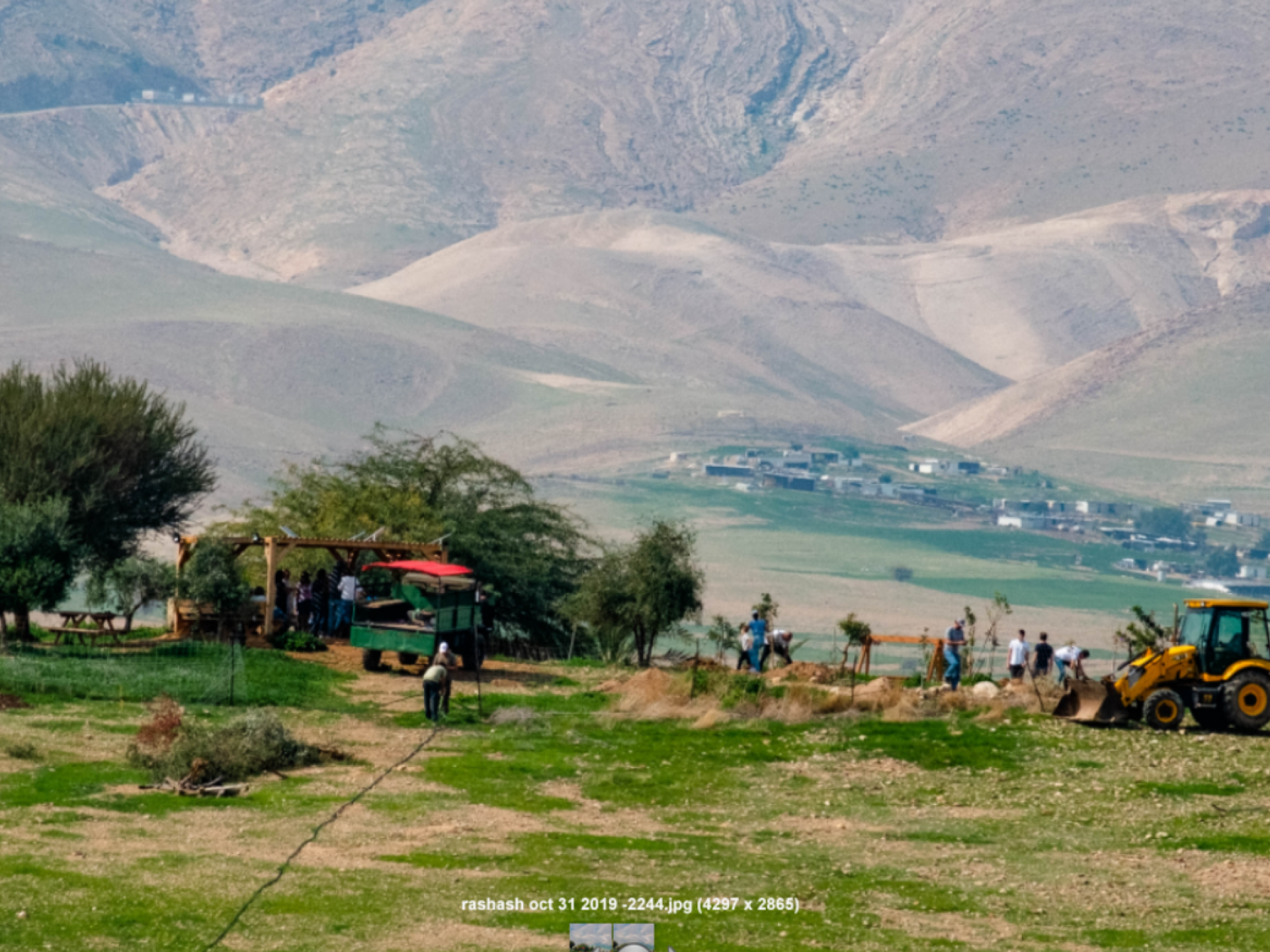 Jordan Valley Ujah: planting Tu Bishvat near the illegal outpost, while the land probably belongs to the muslim Waqf 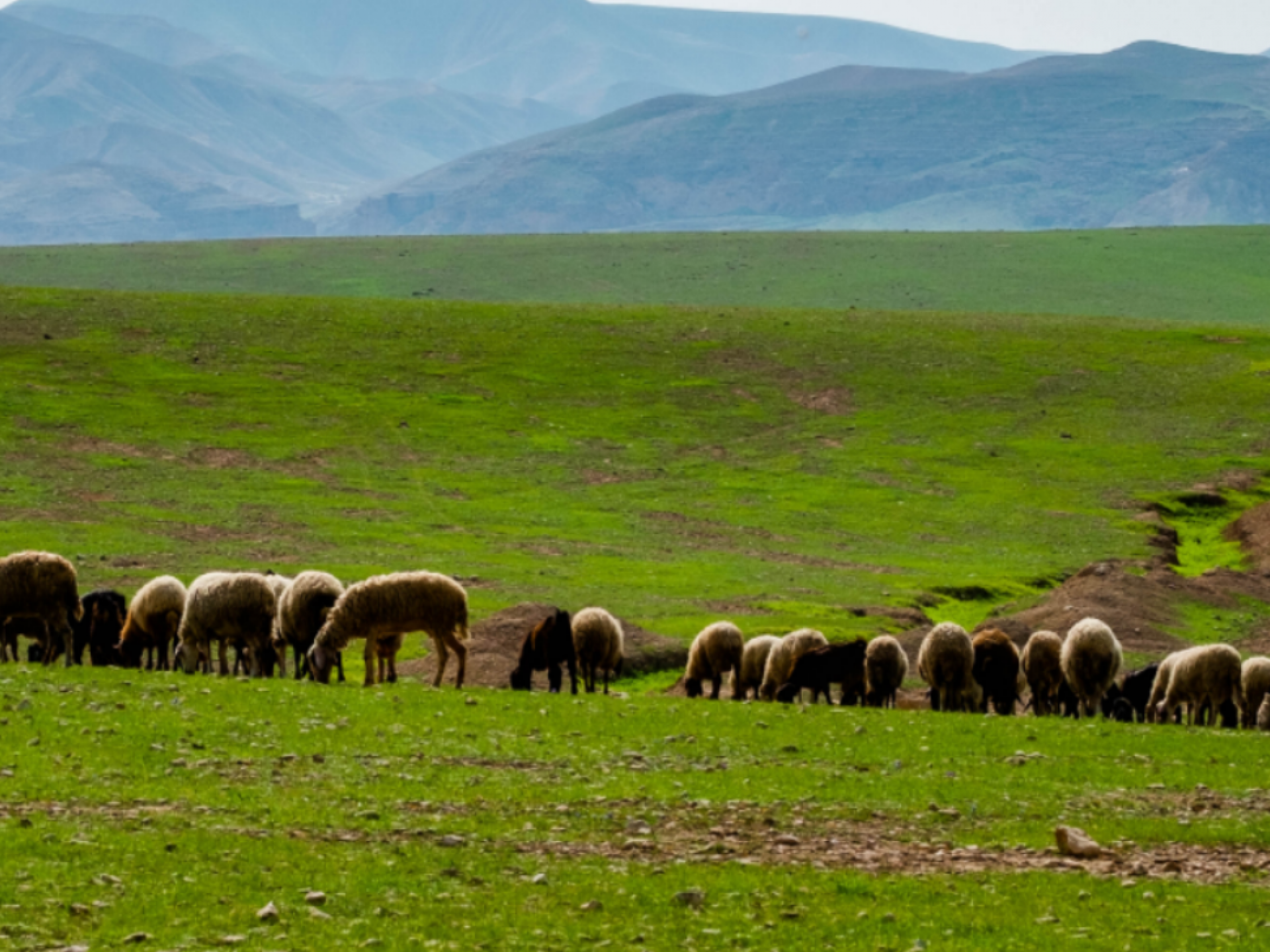 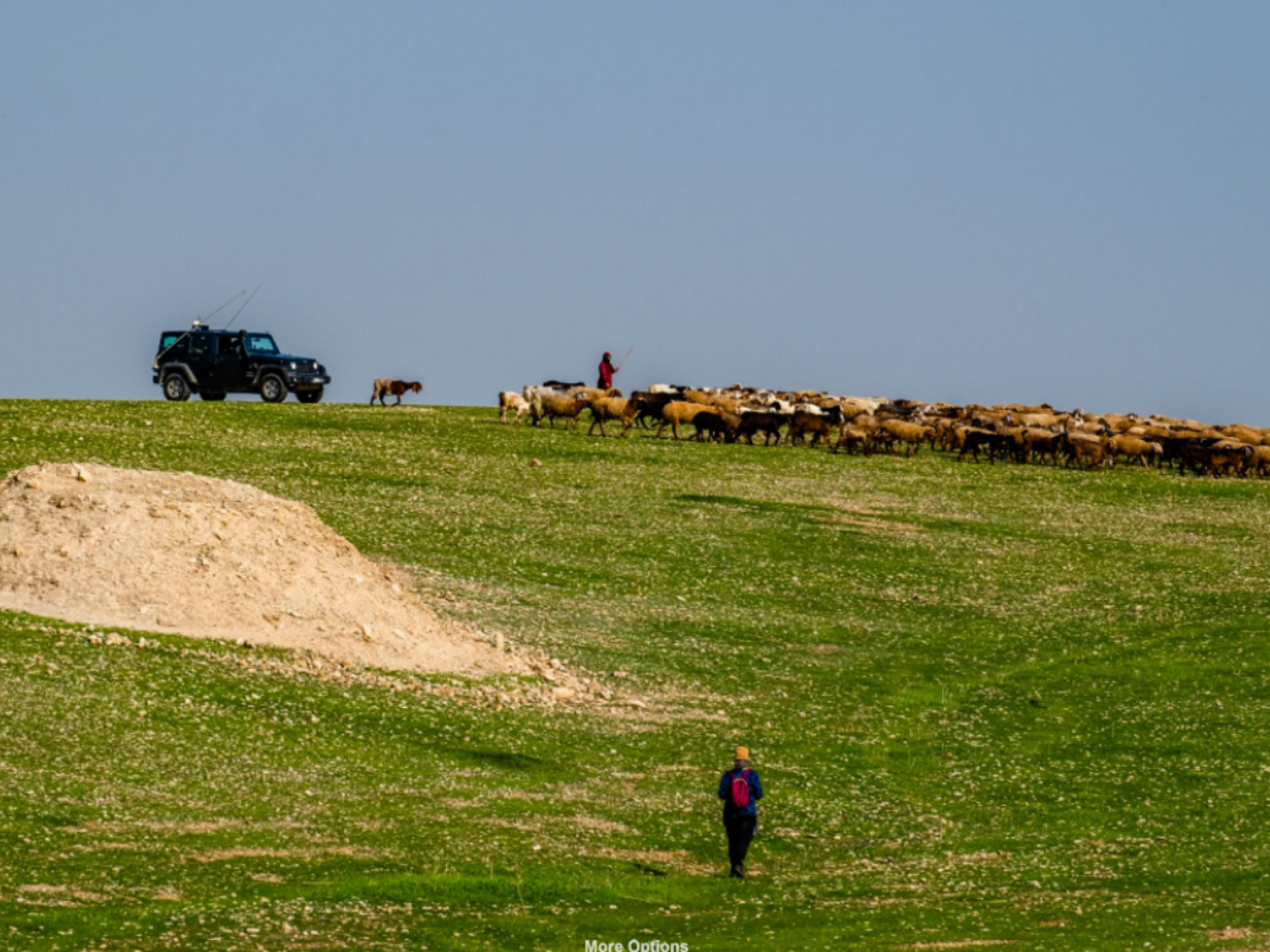 Ujah, Jordan Valley: A military jeep pursues a Palestinian herd to keep it away from the nearby outpos

Accompanying Palestinian Bedouin shepherds in and around Uja, in the Jordan Valley, north of Jericho,

As the five of us activists arrive, we split into two groups – two set out to climb the steep hills with the shepherds from West-Uja, and the other three, including myself, decide to let the shepherds  graze in the valley, east of Omer’s illegal farm - and to watch at a distance to see if the army or the settler Omer will interfere, as we understand an agreement has been reached that allows the shepherds to graze at a certain distance from Omer’s illegal farm undisturbed.

Around mid-morning, there are at least six flocks peacefully grazing. We spot an army vehicle moving towards them, and then we too drive into the grazing lands. All they do is ask one of the shepherds to move just a little further in, and then they leave.

By now, we are up on a ridge overlooking Omer’s farm, and notice a tractor working at one of the groves that Omer has planted on hilltops some distance from his farm, clearly a way to expand his control over the valley. Then a number of cars set out from the farm towards that hilltop, followed by a group of children, or youth, on foot. We reach the conclusion that this is a Tu Bishvat planting procession, and that the tractor had prepared the ground for the planting.

All the time that this absolutely illegal planting ceremony is happening, on land allegedly owned by the waqf, not a single police or army vehicle is to be seen! Perhaps they would not be caught witnessing a totally illegal ceremony?

However, as soon as everyone left the hill with the planted trees, lo and behold, an army jeep appears – and they start to chase the Bedouins away. As soon as we start to walk in the direction of the jeep, it moves away toward another flock, and yet another, we are not fast enough to reach each of these flocks in time. Apparently the soldiers are quite nasty, though I never made it close enough to the jeep to observe that in person. After a while, they leave – and the Bedouin return to those fields, perhaps a little further away – and we remain with them till around three thirty, and after our friends who were up the hill return.

For us, who stayed in the valley, it was a quiet day of waiting, watching, drinking tea – for the two who climbed the hills, however, it was far from quiet. They were viciously attacked by six masked settlers from a new illegal outpost, presumably between Rimonim and Kochav HaShahar, and Udi was sprayed pepper spray that blinded him for a good half an hour. (see reports by Rabbi Arik Asherman from Torat Tzedek on facebook). When at the end of our shepherding, which in the winter is until after three pm, we took him to the Binjamin police station – in the occupied territories - to lodge a complaint, on the basis of the videos that Arik had made, he was turned from a complainant into a suspect, for attacking the violent settlers in self-defense! That what happens when the police – in the settlements, in particular, cooperate even with the illegal hilltop youth.