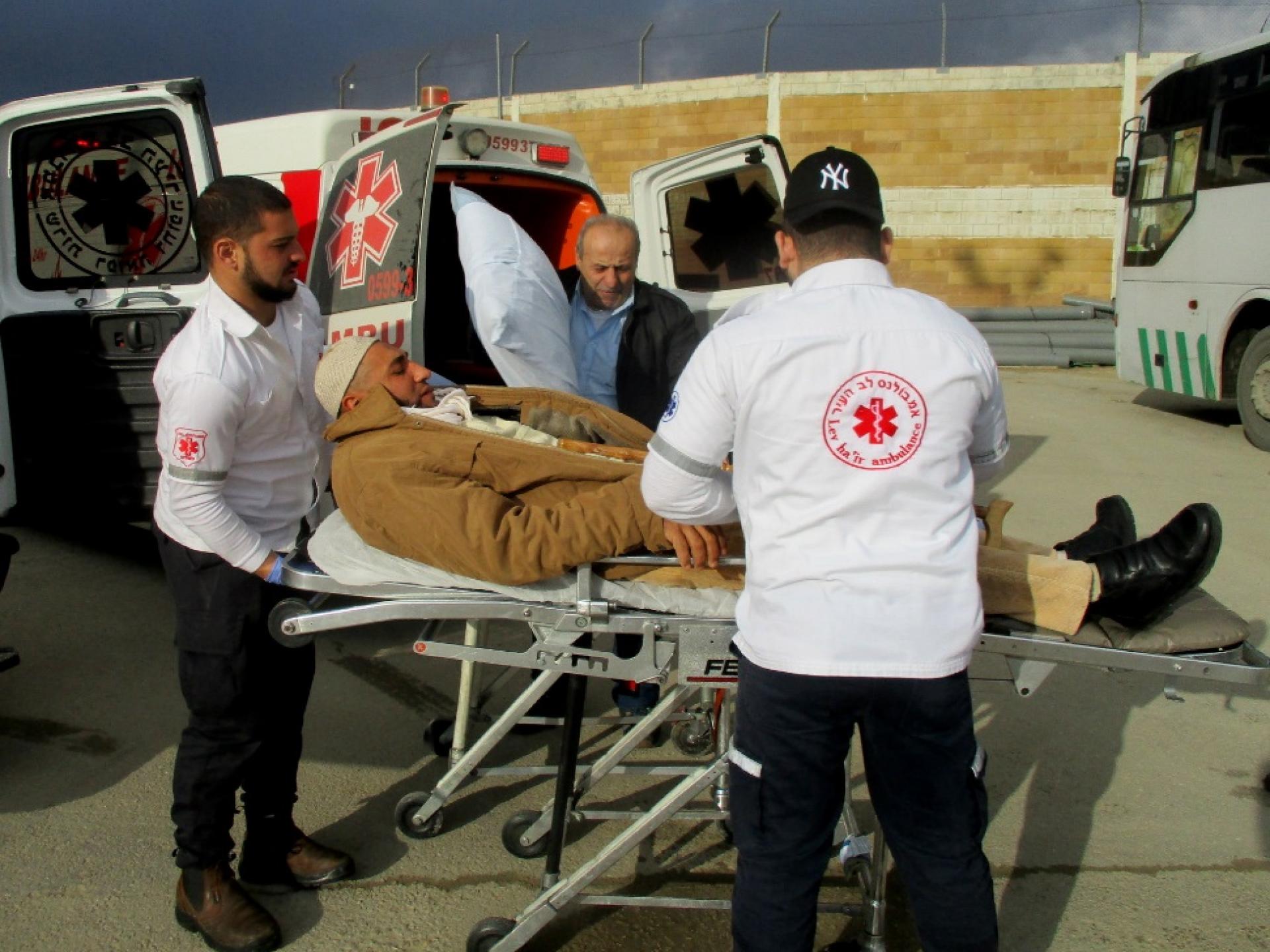 Tony (center of photo) was in Nablus with his ambulance, in the morning already, to transport the patient to Qalandiya Checkpoint, hoping to manage to get to East Jerusalem’s Maqassed Hospital in time for the back surgery planned that day.

But then it turned out that the patient is blacklisted by the Israeli Shabak (Security Services), or as the military system calls it – prevented entry.

‘Prevented entry’ is not his given name, it’s a kind of generic appellation of many thousands of Palestinians from the moment the Israeli Security Services declare them as ‘prevented’ and halt their lives.

“Nothing to be done about it, that’s how our life is” say the Palestinians.

But a man like Tony does not give in easily, or at all.

Tony is obstinate and determined. For years I have seen him place himself and his security in harm’s way in order to save lives, and sometimes as a result he sustains insults and injuries, and does not give in.

All day he was making rounds of telephone calls and asking and begging and promising and insisting that this man poses no danger or threat to anyone’s security.

After hours, the incredible happened, a miracle worked by Tony. At 15:50 all obstacles were lifted, confirmations were received and the patient crossed Qalandiya Checkpoint.

“Wait an hour, or an hour and a half, and you’ll see them. They come every day, sometimes they close only the main entrance in front, sometimes all entrances and exits, at times they don’t let anyone in who doesn’t live in the village, and at others they stop every car and check whoever’s inside. Yesterday they arrested someone, and even though it was raining and cold, they got him out of the car and held him outside like that for two hours, and then let him go” – said an acquaintance from the village.

I didn’t wait for them but continued to listen to the stories that the villagers tell about what the soldiers do in their frequent incursions, about the nightly raids on the village by military vehicles, invasions of homes after midnight, and the worst of all – arresting children.