The celebration  of the  new school in Simia

We decided to go back to the village of Simia, and as we neared, we saw from the road that something was happening.

We joined the ceremony: a large crowd, sitting in rows of plastic chairs, men on the left side of the pass, women on the right, flags, music and a loudspeaker, a band of drummers in uniform – scout  uniforms. The people were gathered from all the surrounding villages.

We waited with all the audience for the arrival of  the PA's Minister of Education and Culture, and in the meantime, other "important" people arrived with their entourage (the person who is responsible for the entire South Hebron Hills and others). Each of them was greeted  by  the sound of drums, and after a considerable time the minister arrived.

Then began the speeches, the anthem, and the singing of students from the neighborhood, and so on.

Next to us stood the tents, the classrooms where the children were studying. Every morning Farhan (who also donated his land for the purpose of establishing the school) puts up  the tents and at the end of the day dismantles them so that the army will not have any excuse to confiscate them. The teachers hung signs on the tents

Their content:  we are here to stay and so forth.

All this time the army was down by the road, waiting for any possible developments.  (One vehicle and several soldiers.)

One morning the army tried to arrest Farhan while he was putting up one of the tents "because he is not allowed to build" but he replied that he was not building anything and that this was his land.

We wanted to visit another village - Znuta - where they had insisted on setting up a school and had tried to teach Simia from  their experience, but the principal could not meet us today.

We drove a little further north, as usual - the entrance to Abda was closed, to Dura open, to El Fawwar closed.

In the field near the Dura al-Fawwar junction, children throwing  stones and a group of armed soldiers standing ready with gas cannisters on their rifles, waiting for the children to leave the area. 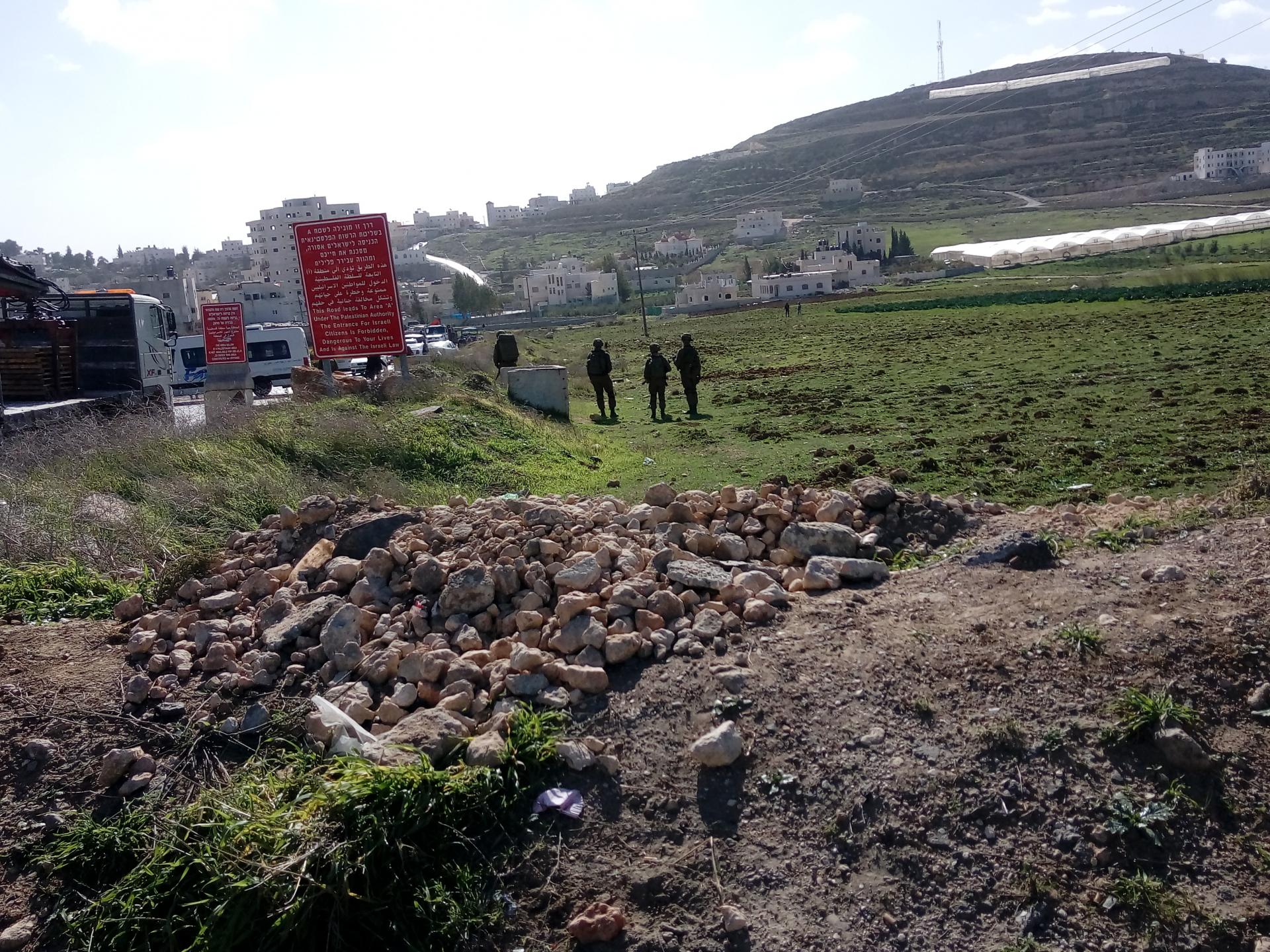 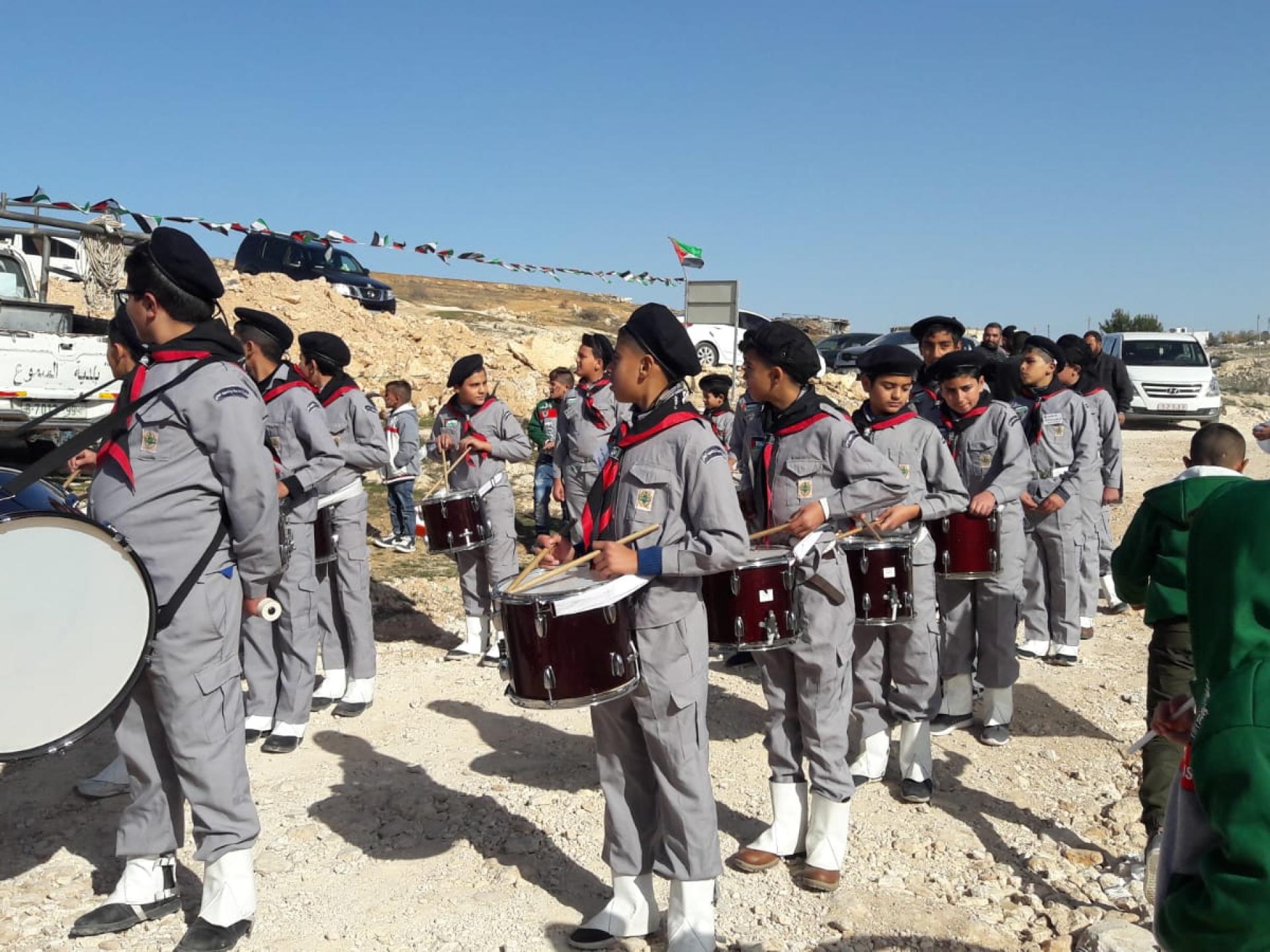 Drummers in scout uniform at the ceremony