Irtah - The parking lot is full before 4 am. It was difficult to get through.

Before getting into the parking lot we felt the pressure of the vans that transport the workers. Before 4:00 the lot was full, and vans maneuvered to find parking spaces along both sides of the access road. It was difficult to get through.

opened promptly at 4:00, or even a little early. The first people came through at 4:03. In the course of our stay women got through in 4 - 7 minutes. Men took about ten minutes early on, later more like 15 minutes from the time we saw them enter the building until they came out the other side.

Before 5:00 the pressure was already great. We saw that additional efforts had been made to control the crowd, for example, railings up to the ceiling to keep people from climbing over the barricades to get into the best line. However, a few young men managed to find ways to squeeze through cracks or between fences, to jump the line. Other people looked at the options and chose to go through the regular lanes, waiting their turn. The turnstiles at the entrance shut down periodically, when the crowd inside got too big, starting as early as 4:06.

We saw many new developments. Some of them are of benefit to the people who pass through the checkpoint, for example, an extra turnstile (three where there were two) at the exit from the building, helped to speed up traffic. A lane for people going the other direction, whether by choice or after being turned back, is also beneficial. New pavement at the exit should prevent mud puddles, which were a problem in past winters. Even the crowd control measures benefit the users as a group.

There were also improvements whose only function is to beautify the facility, like flower boxes along the path from the building to the parking lot (see picture). 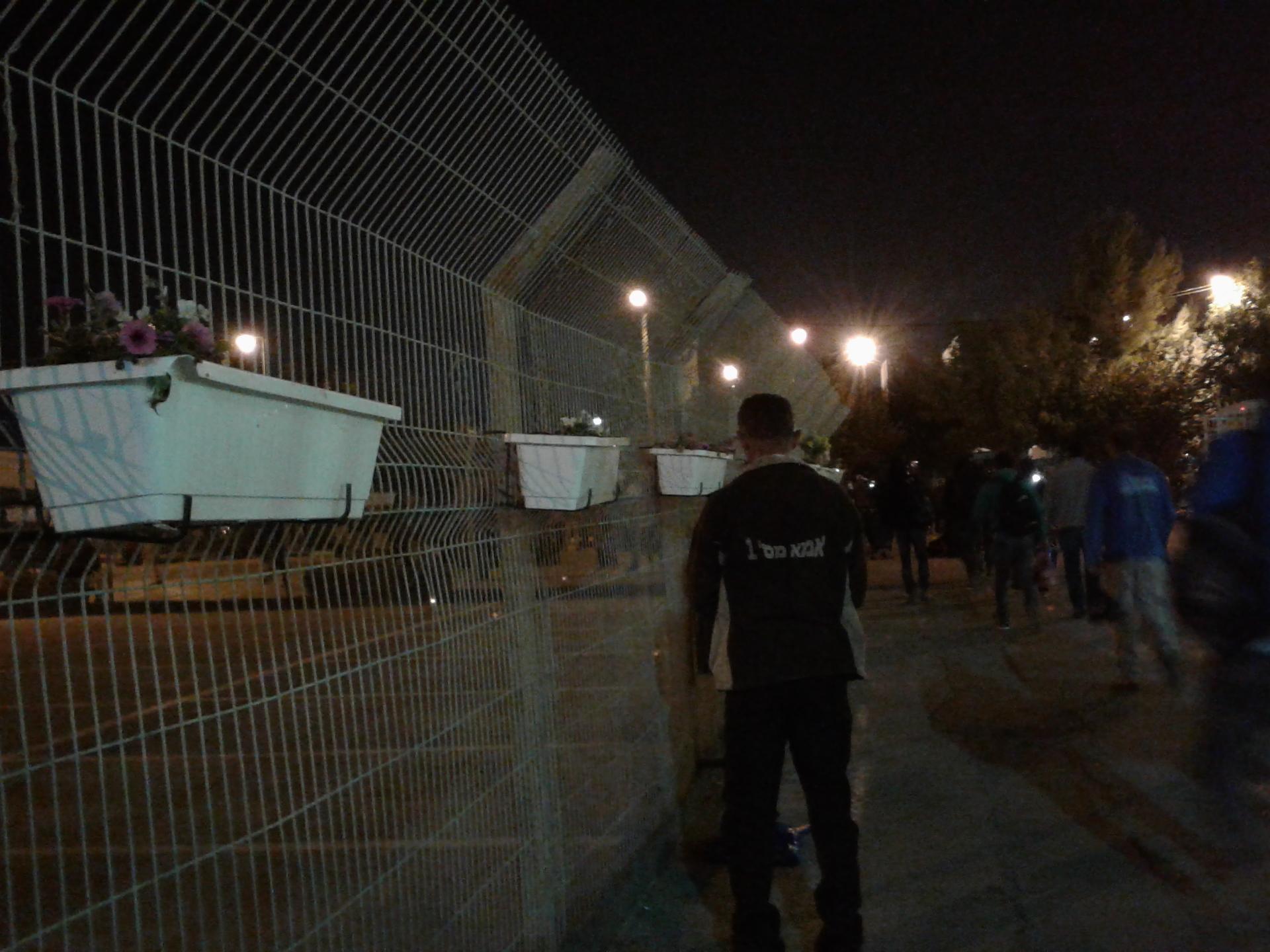 Flower planters in the exit path

At 5:15 we maneuvered our car past the many vans and buses moving in and out and went home.