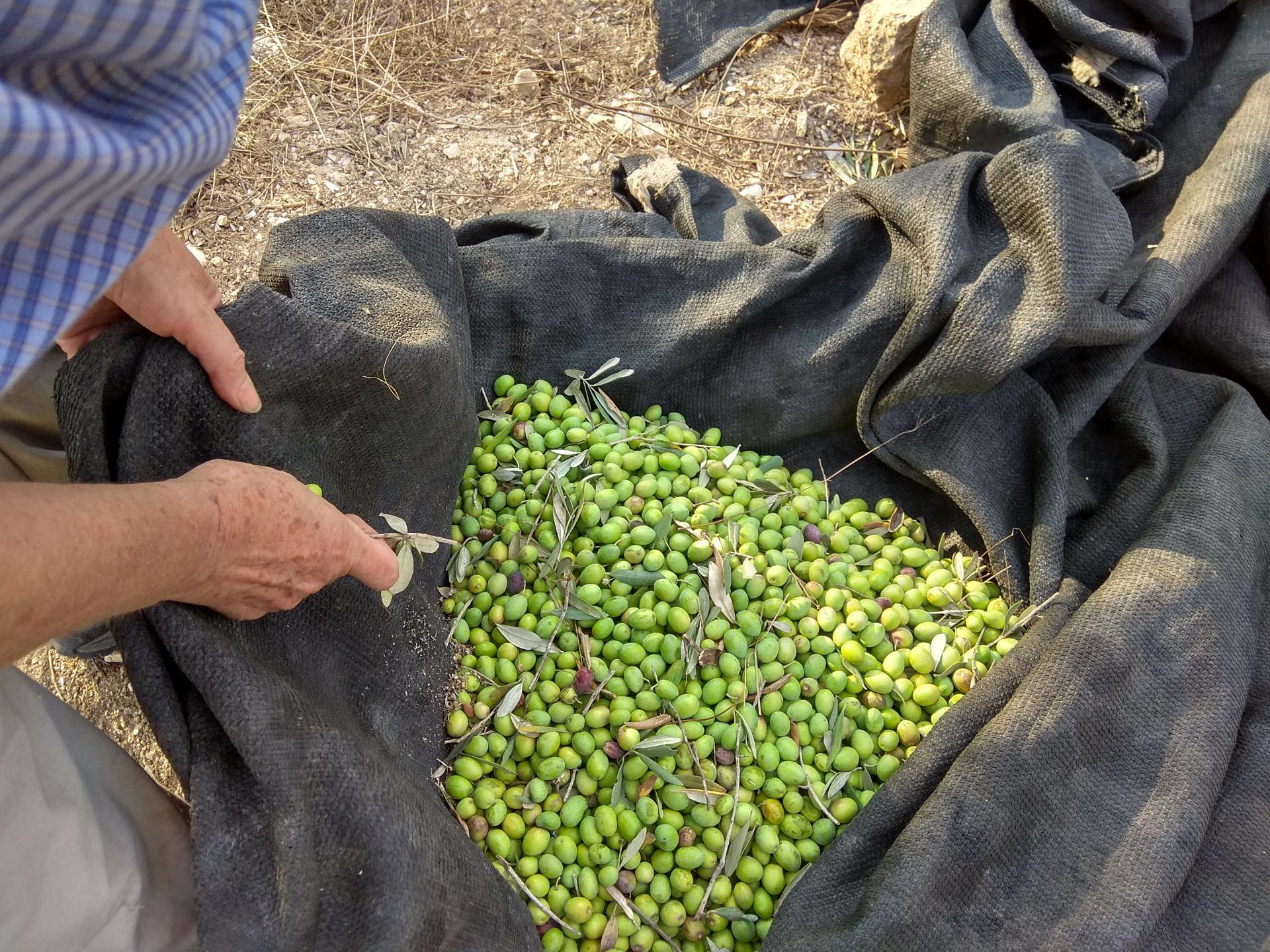 The olive crop from the trees that were not burned 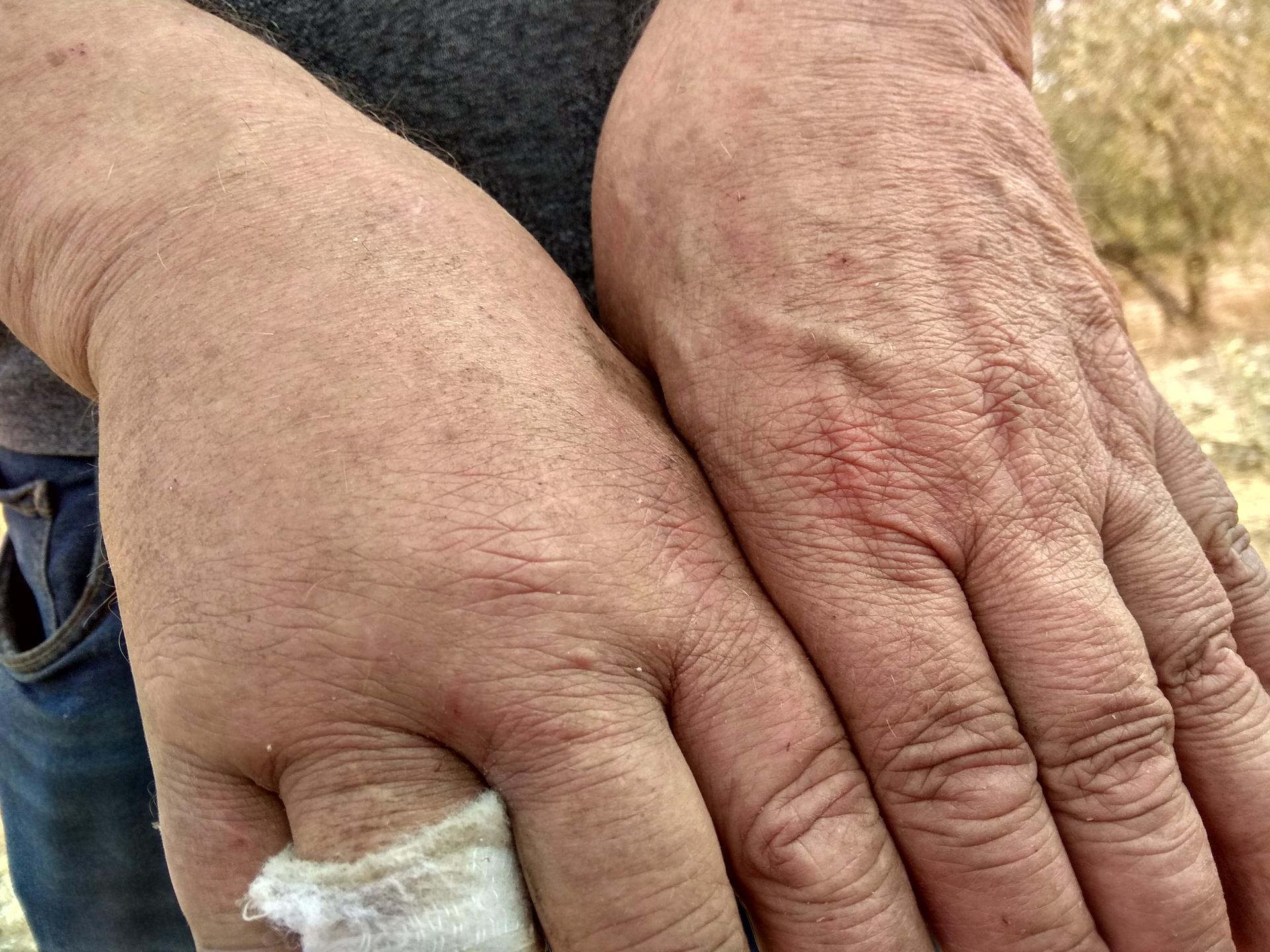 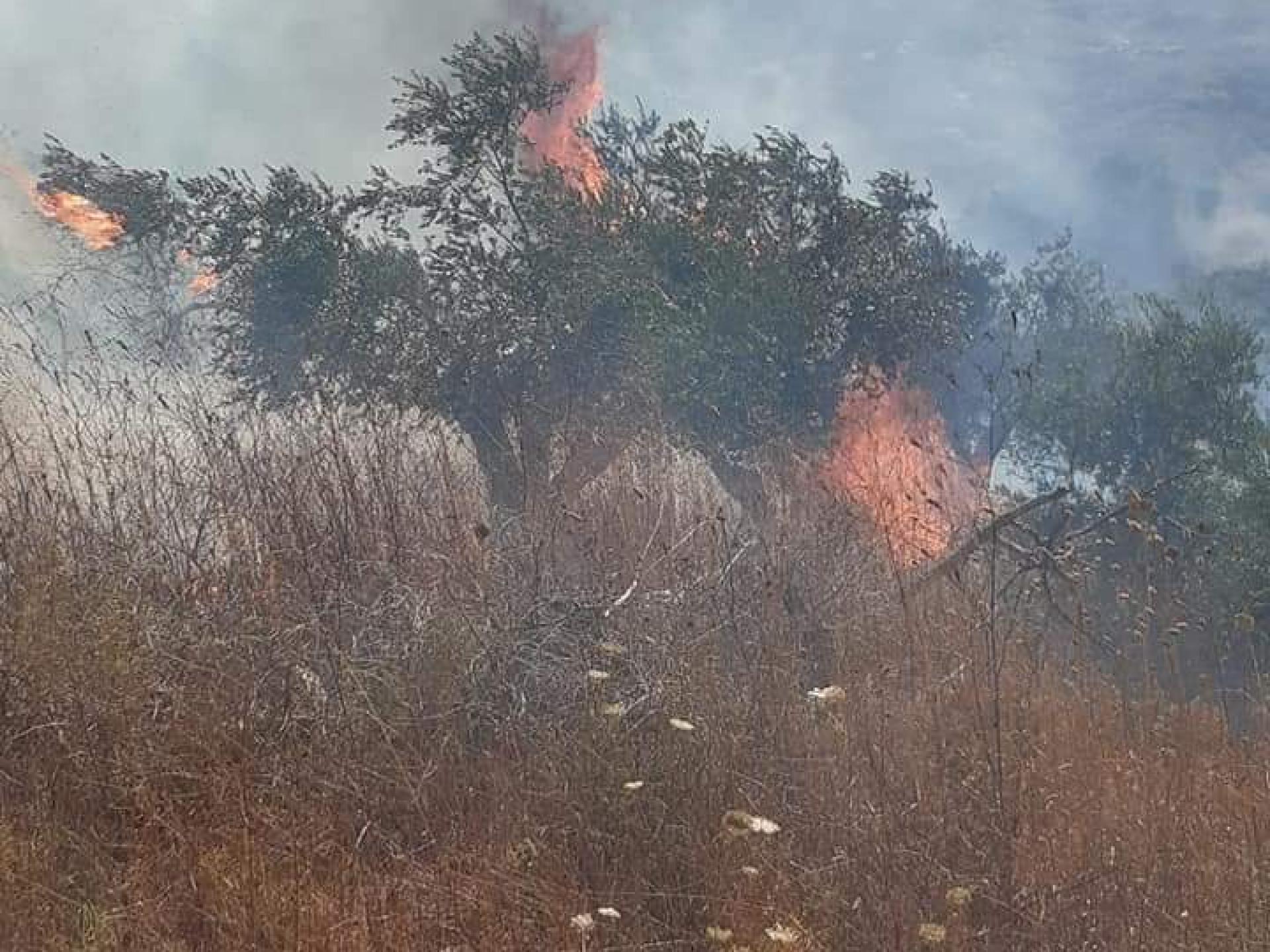 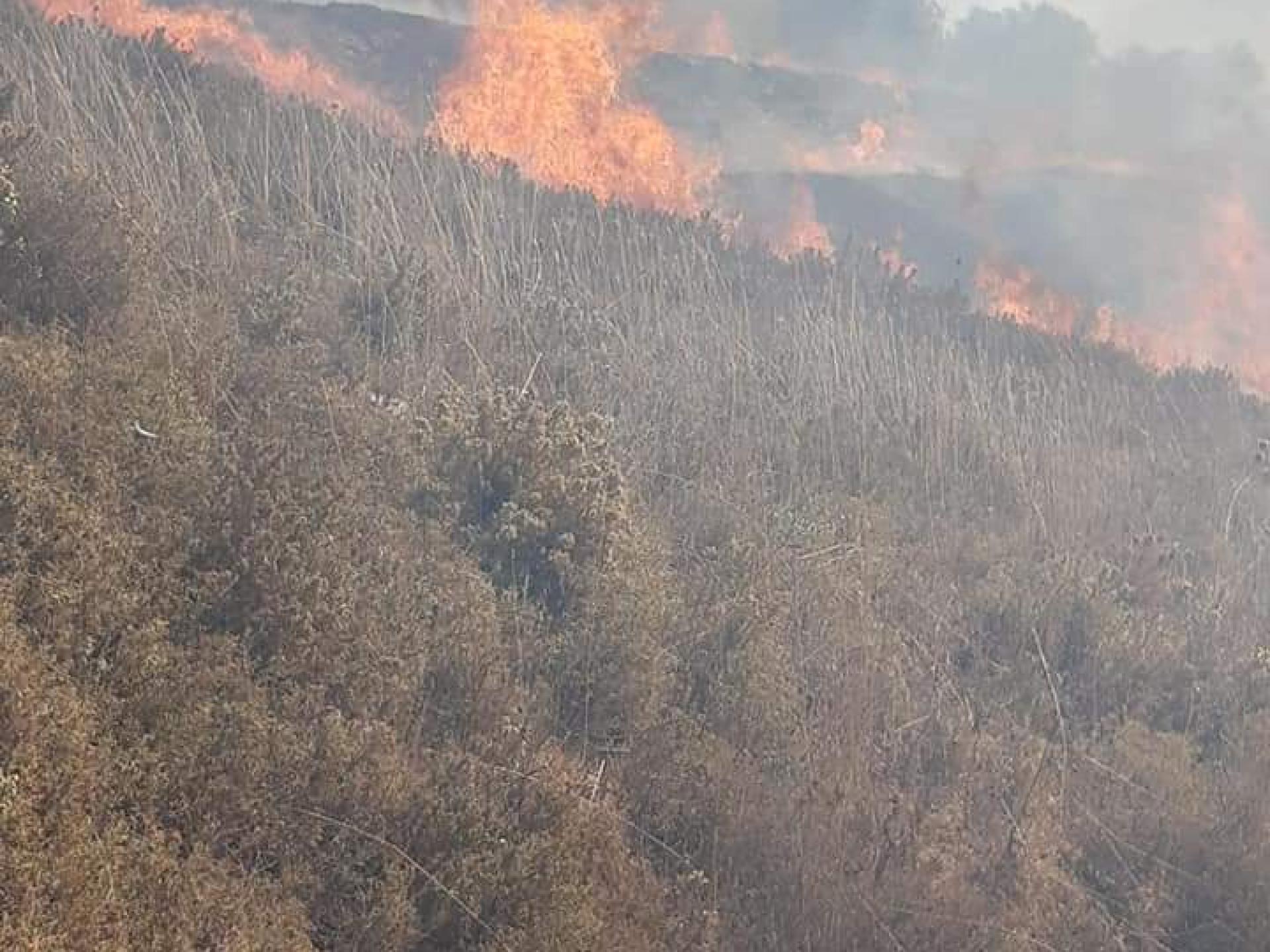 The fire spreads and consumes the olive trees 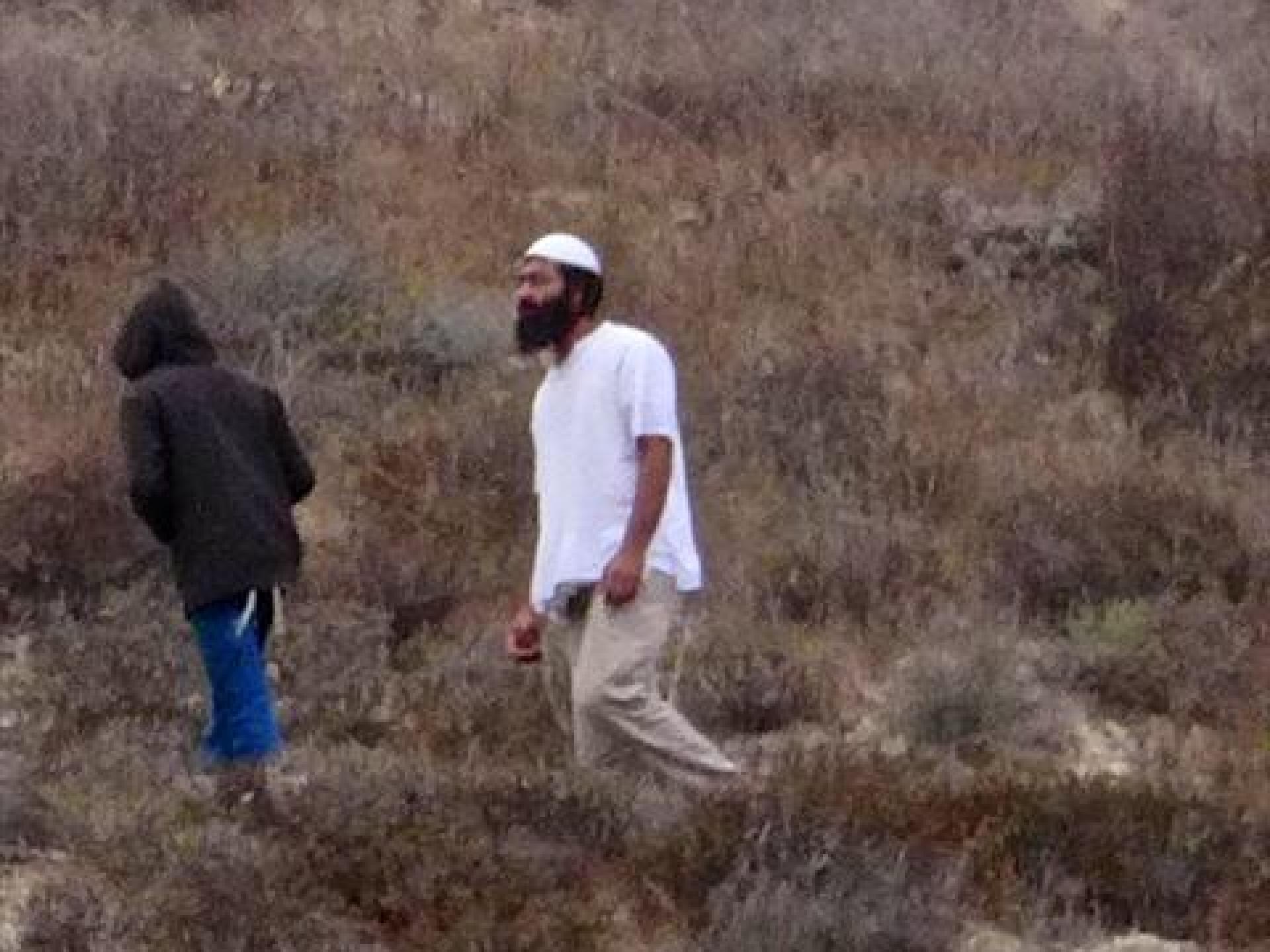 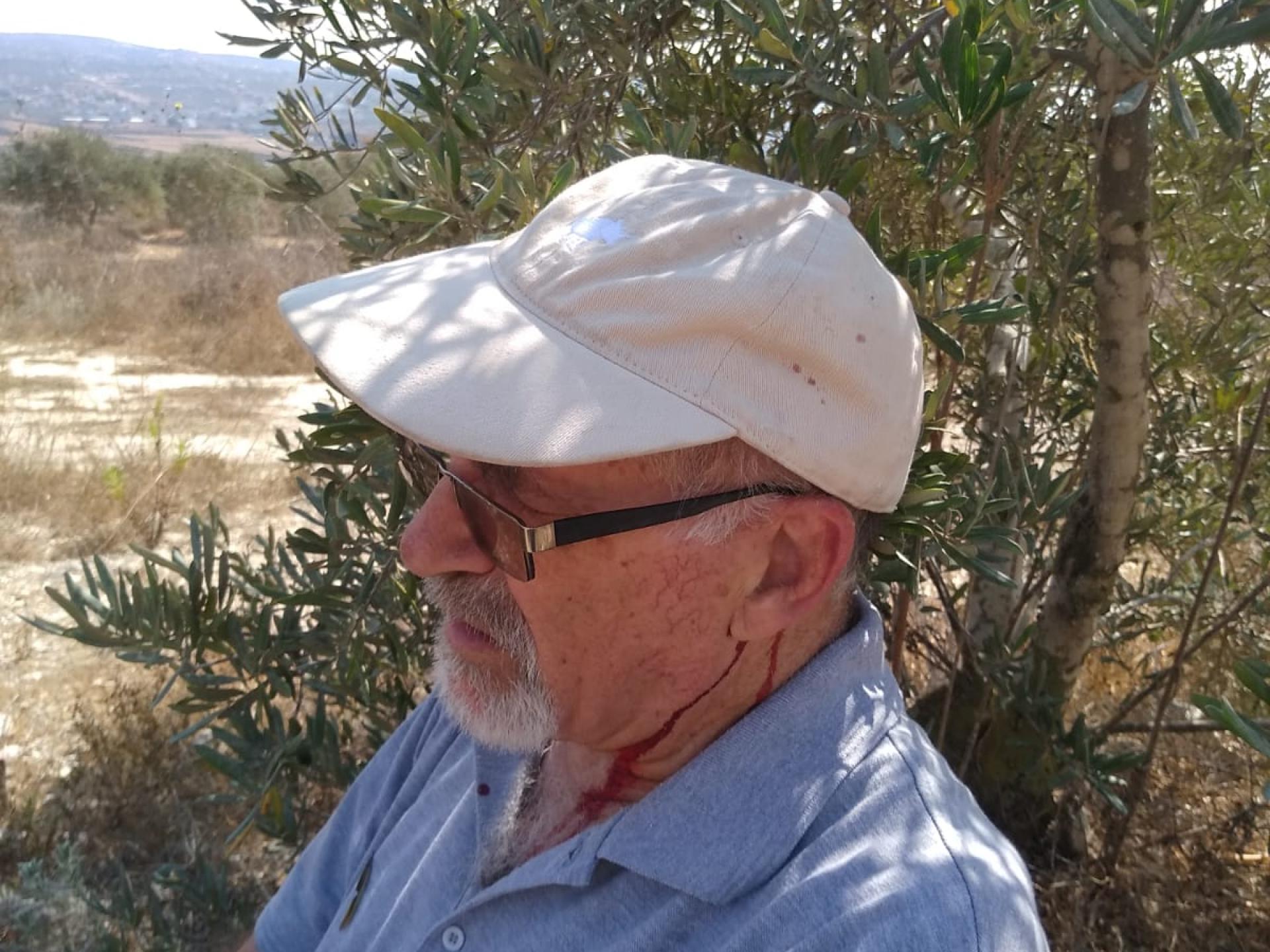 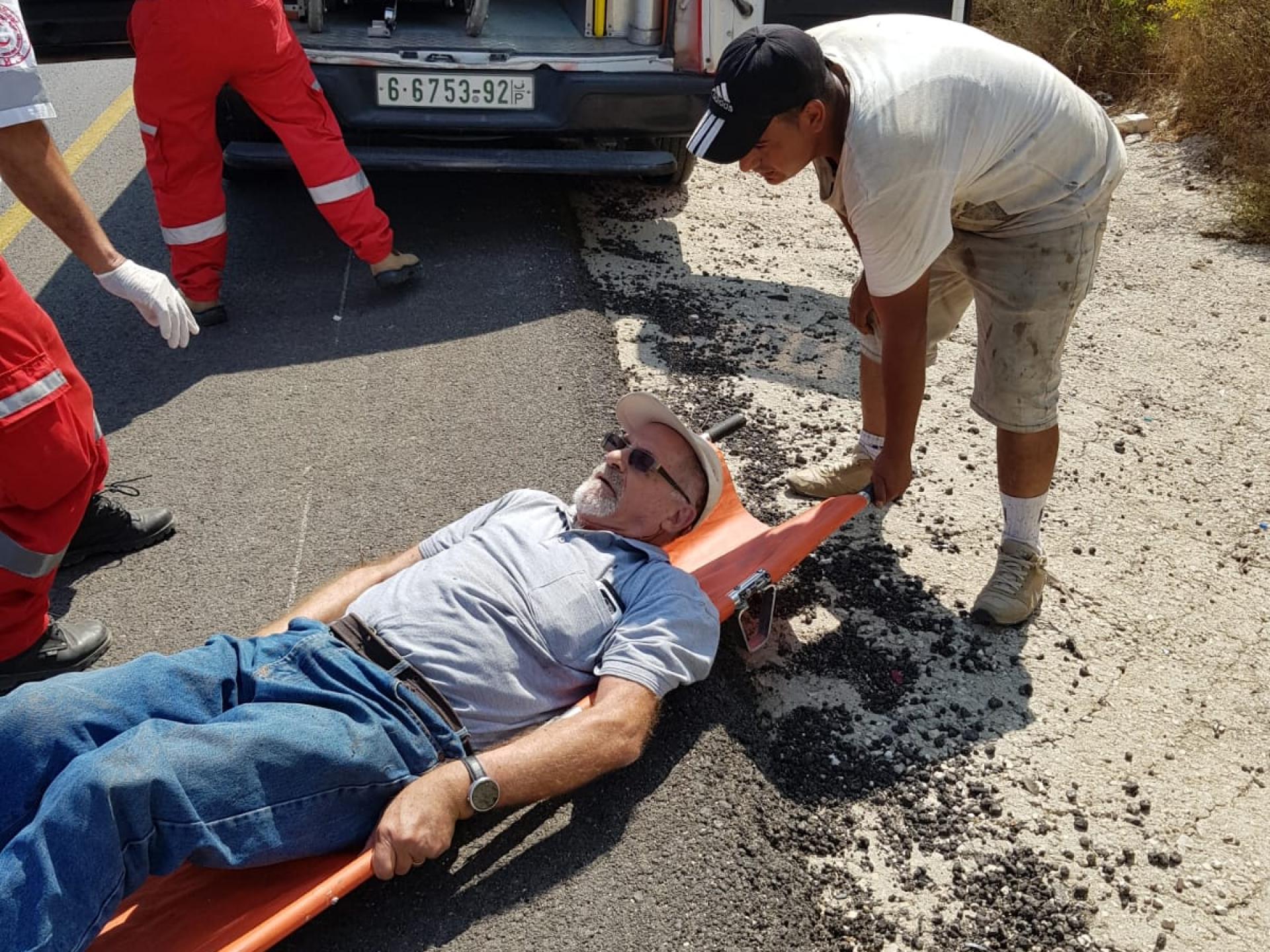 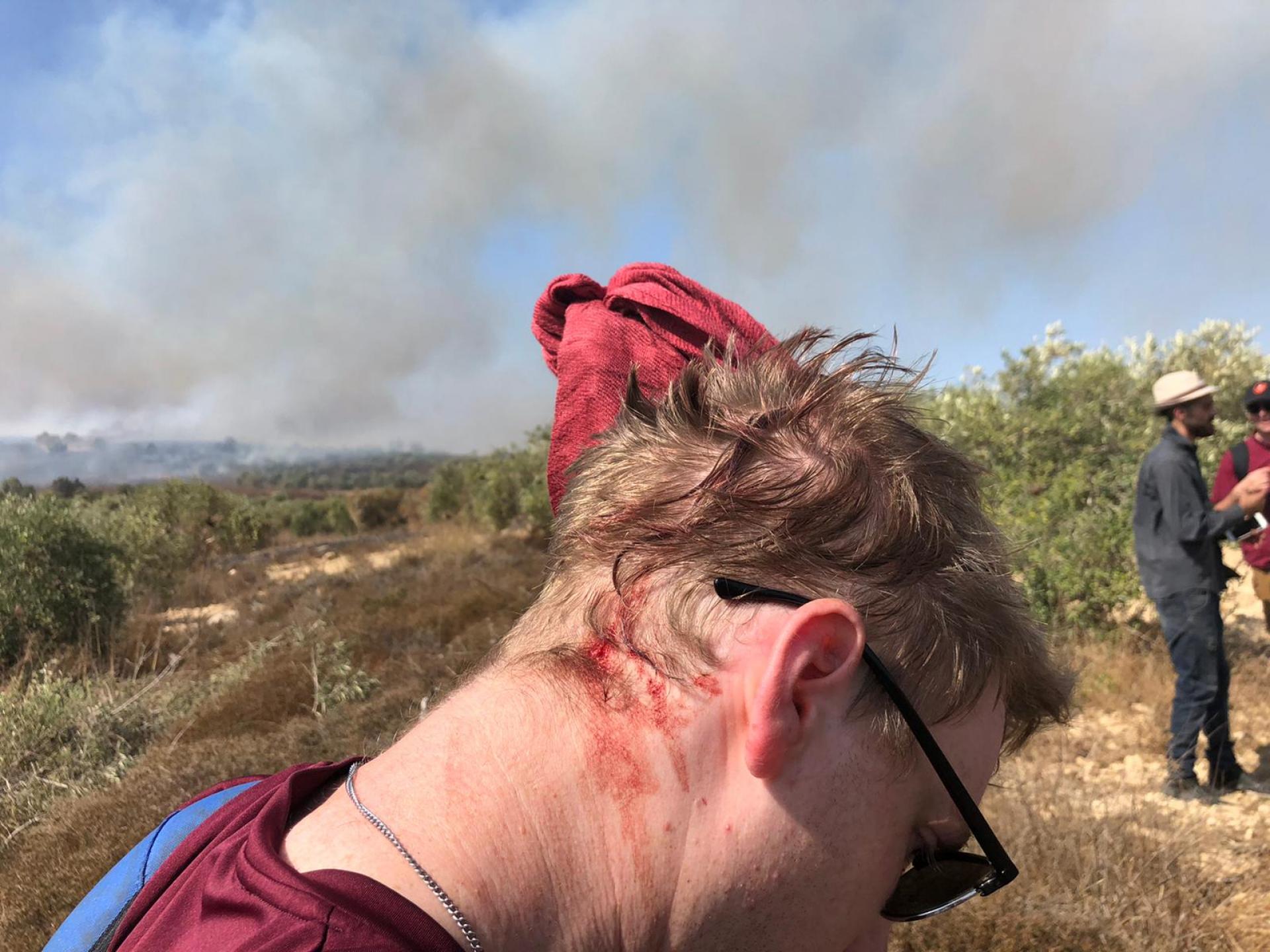 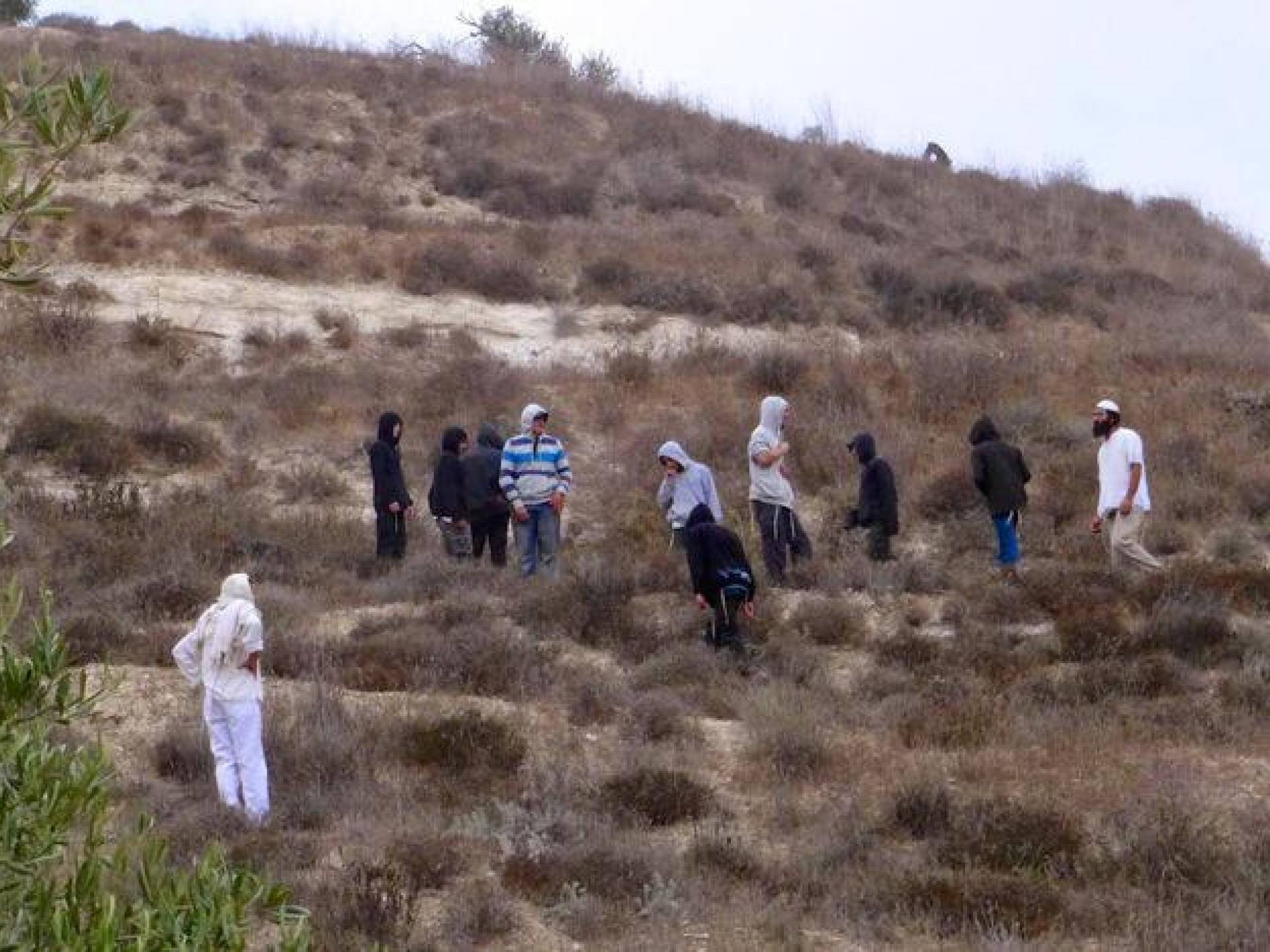 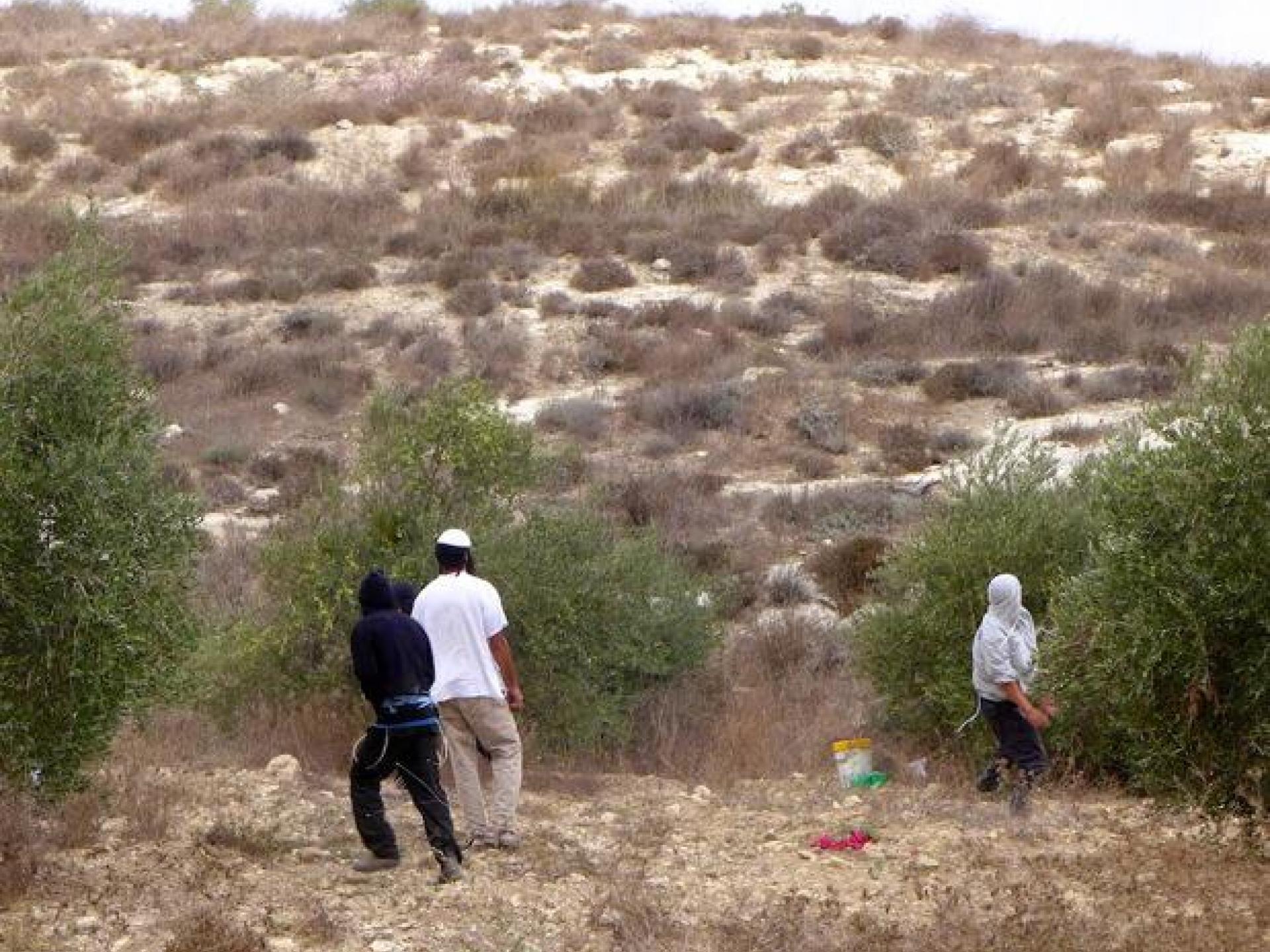 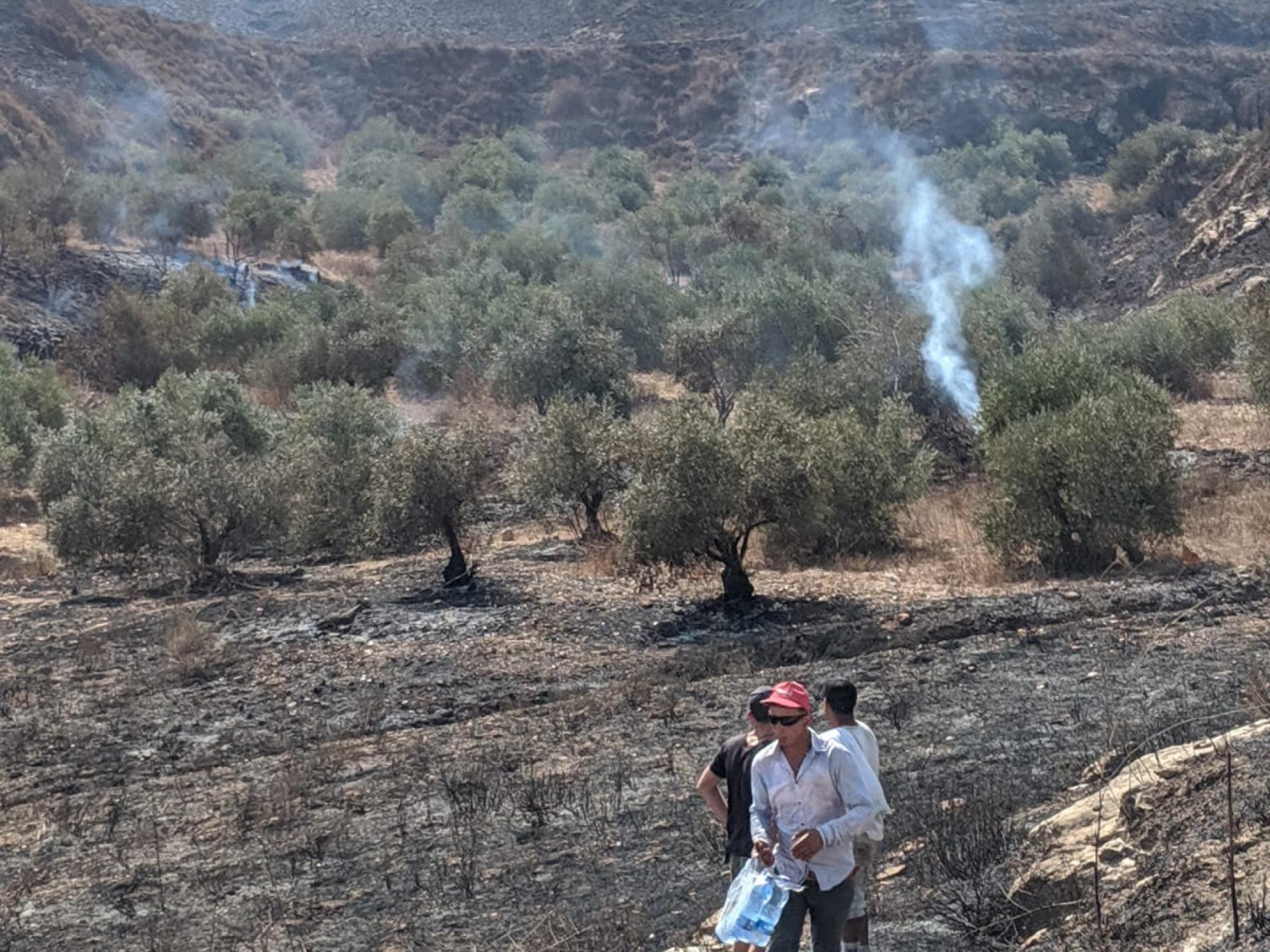 The olive grove goes up in flames

Burin, the day following flames and the pogrom:

“Undzer shtetl brennt!”  “Our town is burning!”), also known for its opening words, “Fire, brothers, fire!” – I can’t forget Gewirtig’s chilling poem as I arrive in Burin for the fourth time, an additional burned olive grove on each visit.  Although the Cossacks don’t dare enter the village, their pyromaniacal lust fires the groves, the village’s livelihood, and they violently beat the harvesters.

This week the poem resounds even more strongly at the sight of the photos showing flames rising yesterday from hundreds of olive trees on the slope down from Yizhar, and at the frightening reports I heard from the volunteer harvesters.  We arrived at Duha’s sole remaining grove after 200 olive trees were burned.  This small grove survived thanks only to its proximity to the village.  The trees are laden with lovely, plump olives, full of oil.  But most went up in flames.

About six shocked international volunteers joined her to harvest, repeatedly looking up the hill toward Yizhar, lest the hooligans reappear.  G. Cohen, a 70-year old Jewish volunteer from England, and Maggie, who’s the same age, and who’d seen such sights as a young woman in South Africa, recounted yesterday’s terrors.

Muhammad brought them to the appointed grove, and left.  The harvest proceeded uneventfully.  Suddenly Muhammad returned, anxiously.  Let’s leave quickly, he said, the hooligans from Yizhar are coming.  While they collected their belongings, some 12 masked hooligans descended the hill, armed with iron rods and wooden clubs, the fringes of their ritual garments waving in the wind, and began to beat them, spray tear gas, and chase them as they fled.  Rabbi Moshe Yehudai, aged 80, was hit in the head and on the arm, and was with difficulty pulled away until the Red Crescent arrived with a stretcher and brought him to Meir Hospital in Kfar Saba.  A woman who didn’t flee quickly enough was also beaten.  Red Crescent staff brought her to the village, where she’s now lying in a resident’s home.

G. Cohen had stood farther off, and hid between a tree.  As soon as he emerged three hooligans appeared.  One approached holding an iron rod, while the other two ascended the slope and set fires.  The flames immediately spread throughout the grove.  G. began fleeing, but fell on his back into a ditch.  The hooligan began throwing rocks down on him and hit him with the rod.  Fortunately, the rocks missed and hit his shoe, sparing his legs.  They were also aimed at his head, but G. bent over, shielding his head with his hands, avoiding being struck in the face by the rocks.  Only his finger was injured and his hand swelled up.  When the fire spread the hooligans were satisfied and left the scene.  Smoke still rises today from the trees near Yizhar.

It should be noted that there’s a military base not far away, but no soldier came to see what was happening.  On the other hand, the army didn’t allow the Burin fire department to come up the hill in order to extinguish the flames.  Crop dusting planes did arrive to fight the flames, but they operated only around Yizhar, while Burin’s groves kept burning.  Drones were also seen in the sky.  Apparently, that’s how the savages knew where the harvesters were.

Some, in their flight, managed to photograph a number of the hooligans.  All were masked, except one whose face was captured.

I listen, look at the photos, frightened and ashamed.  Descendants of a people who’d suffered violent pogroms and arsons carry out the same actions here, while the law and courts avert their eyes.  I no longer doubt.  Let me state explicitly:  We have become Sodom!!