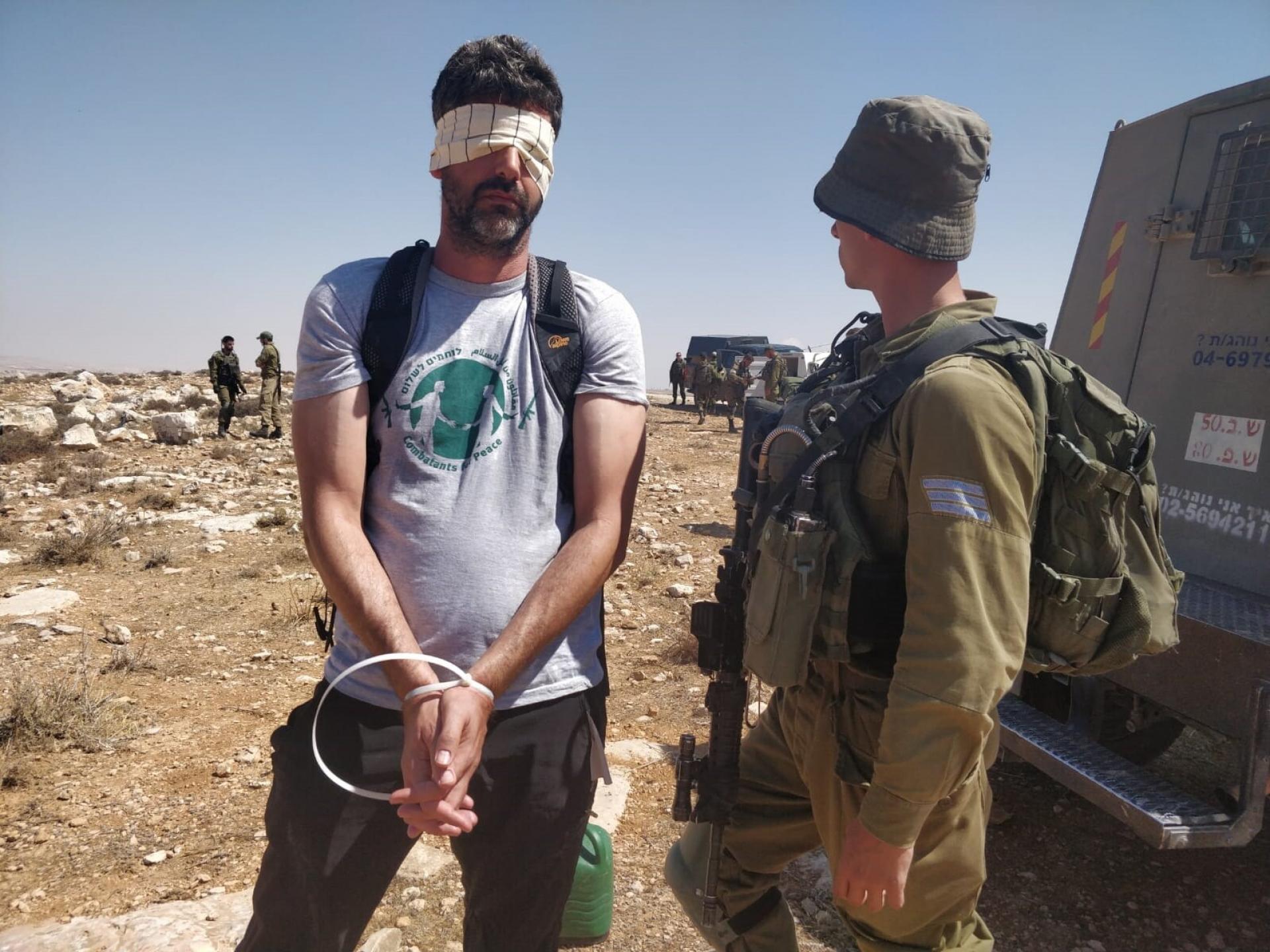 South of the Hebron Mountains

Photographer:
Daphne Banai
Active 'Warriors for Peace' with handcuffs and blindfolds that brought water to the thirsty 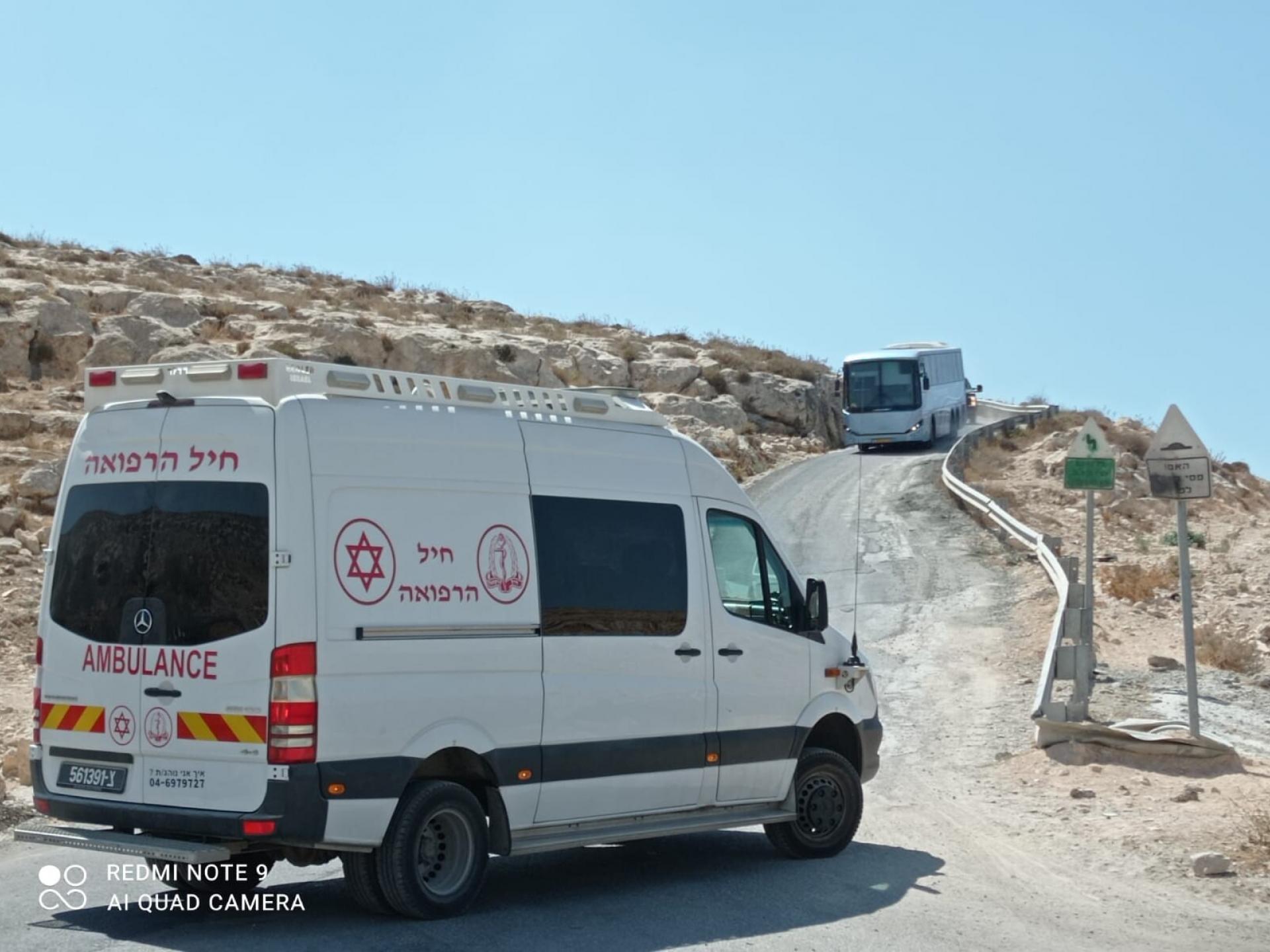 Photographer:
לוחמים לשלום
The ambulance that hid soldiers on their way to the scene of the confrontation with peace activists 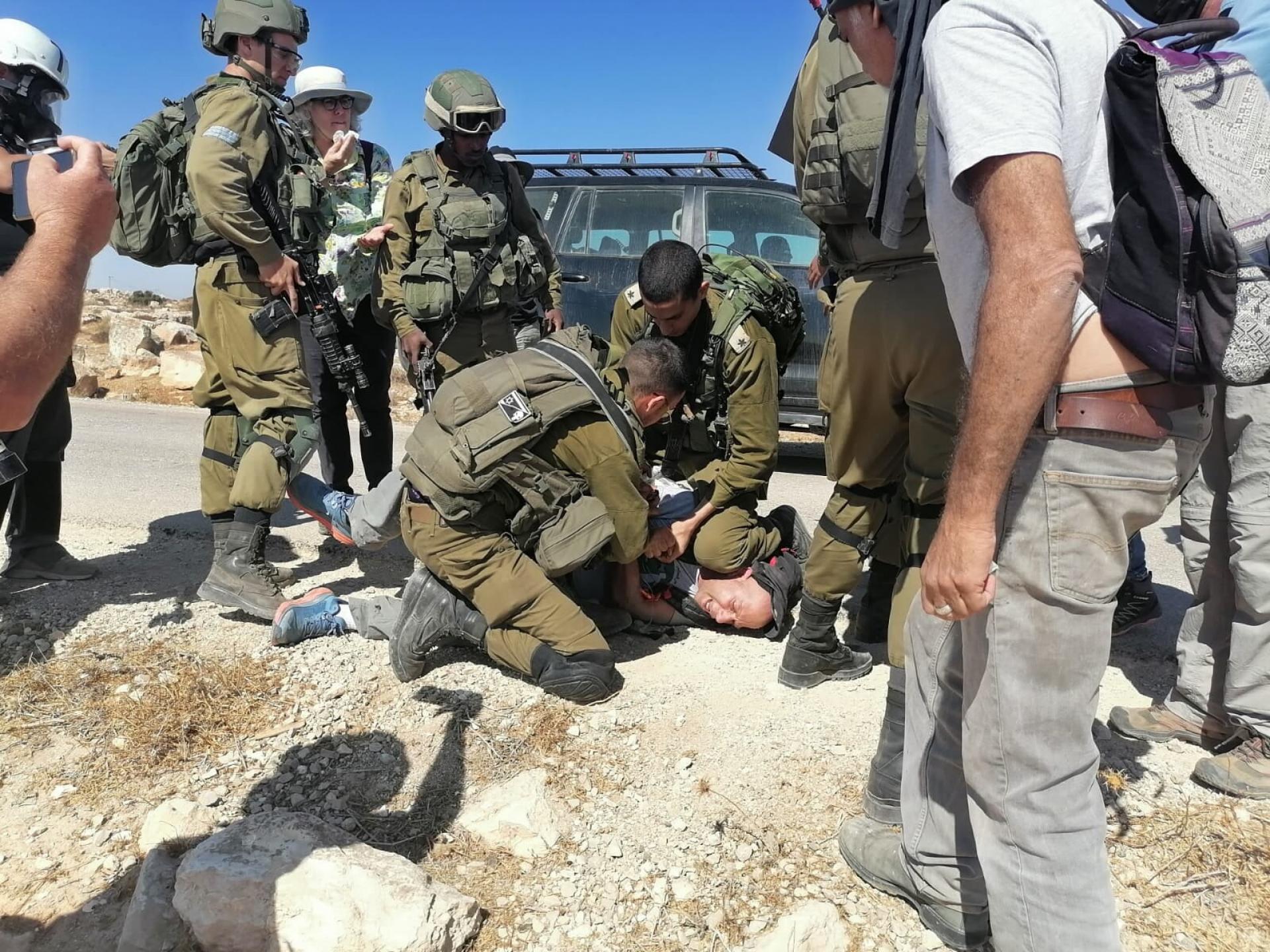 Bringing water to people denied access to water, and violence exerted by the occupation forces

Abu Hani and his family live about 2 kilometers away from the Avigail settler-colony in the South Hebron Hills, but unlike the settler-colonists of Avigail who receive plenty of water from Mekorot, Abu Hani and his children are water-prevented. Not only do they not receive even a drop of water from Mekorot – Israel’s National Water Authority – they are even forbidden to maintenance their own rainwater cisterns that served them all those years until Israel took over the area.

Driving the local population to dire thirst is a brutal means of evicting the people who have lived here for ages, and taking over their lands. Real estate. Not only in the South Hebron Hills but also in the Palestinian Jordan Valley – Zero water for the shepherd communities, while the settler-colonies enjoy their swimming pools and lie around their vast lawns.

This is apartheid at its worst. Ethnic origin establishes the very basics – will people receive water or not, and how much. Their most fundamental right is trampled.

And if it were not enough that Abu Hani is forced to bring water from afar (at great cost) in a rusty water tanker connected to a tractor, the occupier has now added another restriction: on Fridays, Saturdays and Sundays they are forbidden to bring water at all. Why? Just so!! Let them get dehydrated!!

I joined an action by Combatants for Peace aiming to enable Abu Hani to bring water for his family on a Friday. A non-violent action to bring water to a thirsty family. Just water!

About 50 of us accompanied Abu Hani and his water tanker, when an army medical corps ambulance showed up on the road. We politely gave him way, as we always do, and as soon as it passed us, the ambulance stopped, blocked our way and armed soldiers disembarked from it, trying to stop us and the water. Then they began to fire a barrage of teargas and stun grenades. One of the protestors was beaten and violently pushed by an officer, and was wounded in the face. Another 4 protestors were wounded from this barrage.

Another protestor was pushed down to the ground, and a soldier sat on him, his knee on the person’s neck. Only protestors’ shouts prevented our own local George Floyd story.

6 protestors were arrested and held without being questioned for 7 hours in Hebron.
7 hours of this time they were kept in the police van. I too was arrested with them but their commander decided to release me because I am a woman and it does not look good on photographed documentation… For what could he invent? That I assaulted him? I insisted to be arrested or released along with the 2 activists with whom I was arrested (Itamar P. and Yair B). The officer (a most violent major) then strongly grabbed my backback from me, ran with it to the edge of the cliff and threw it down the slope.

Please distribute this to your friends and aske them to write Israeli Members of Knesset (parliament) and ask for water for Palestinians. There is no life without water.