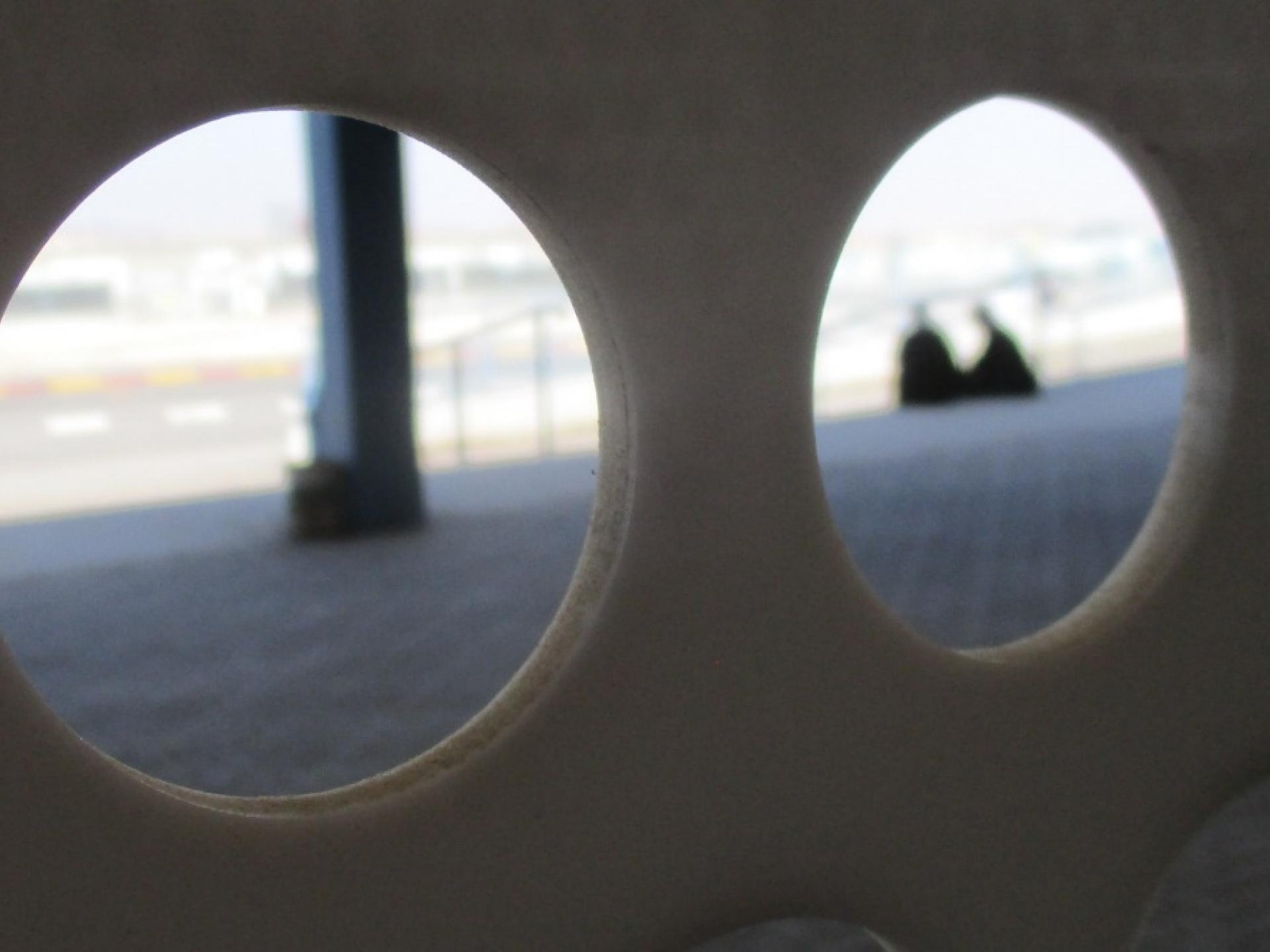 Closure in Qalandiya on election day

If a guest from another planet were to arrive at Qalandiya on a day of closure, s/he would say it was organized, orderly and wonderfully functional.

Such was the enthusiastic Dutch tourist who crossed the checkpoint, undistracted by anything.

The only distraction for the contented armed personnel was… I, not obeying the woman-
soldier’s illegal demands.

“So you get a cop!” she yelled, as if punishing a toddler who didn’t finish his food.

She locked my way forward and stuck me in front of her behind her armored glass window.

The few Palestinians outside flashed solidarity smiles at me.

The policeman who came, not really understanding why he was summoned, said that yes, I had the right to know her name and lodge a complaint against her. When he asked her for her name she did not answer, and when he insisted – she ran off.

The policeman contacted the warroom and was told that her name was Linoy Levy.

“You can do whatever you please with this information” he said.

I do please and I will do.

The policeman who accompanied me to the exit asked me how I voted, I told and asked him took, and we were mutually content to find out we had voted for the same party…