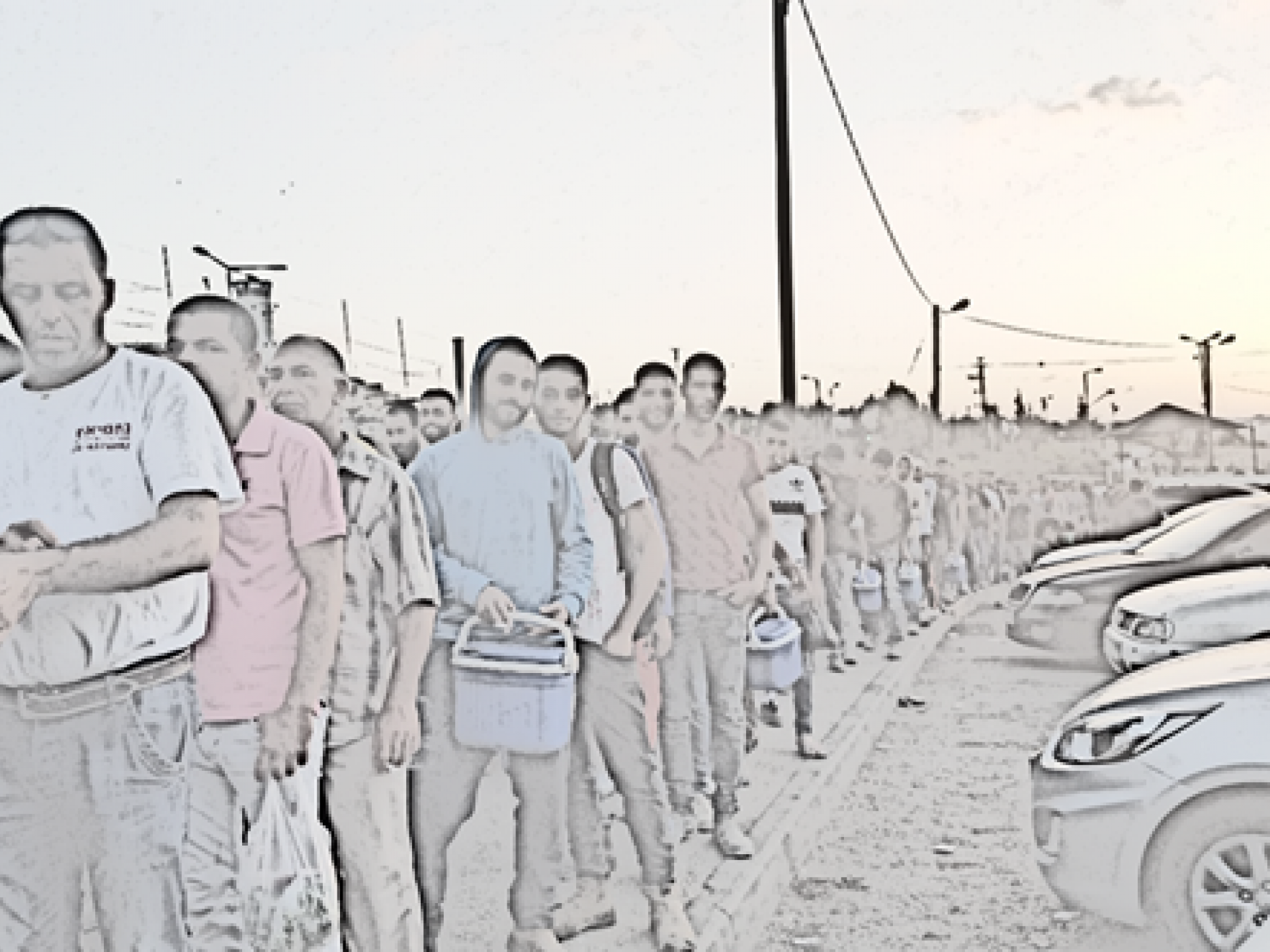 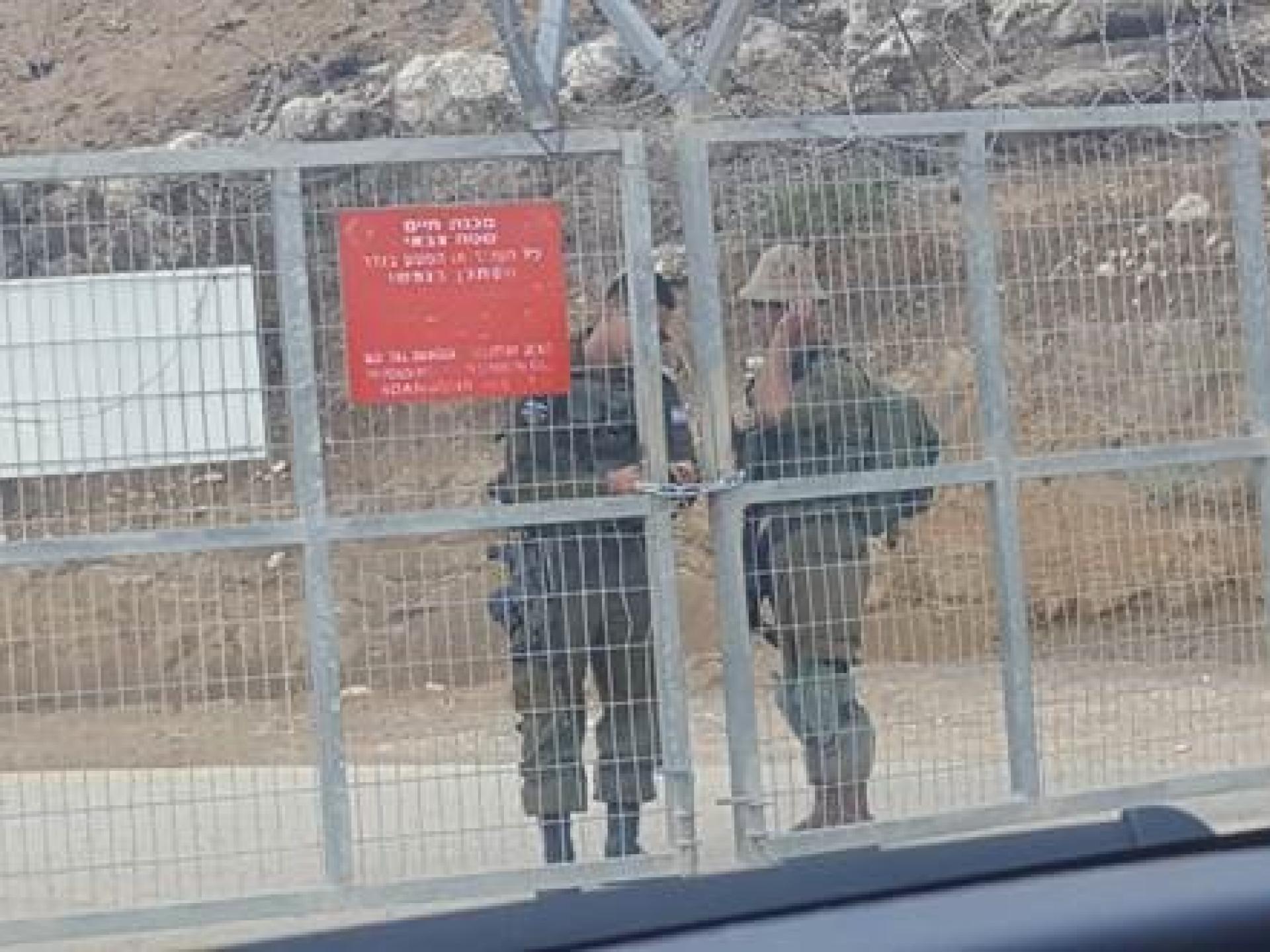 Taibey Romana checkpoint where the lock did not open again
Photographer:
shuli bar 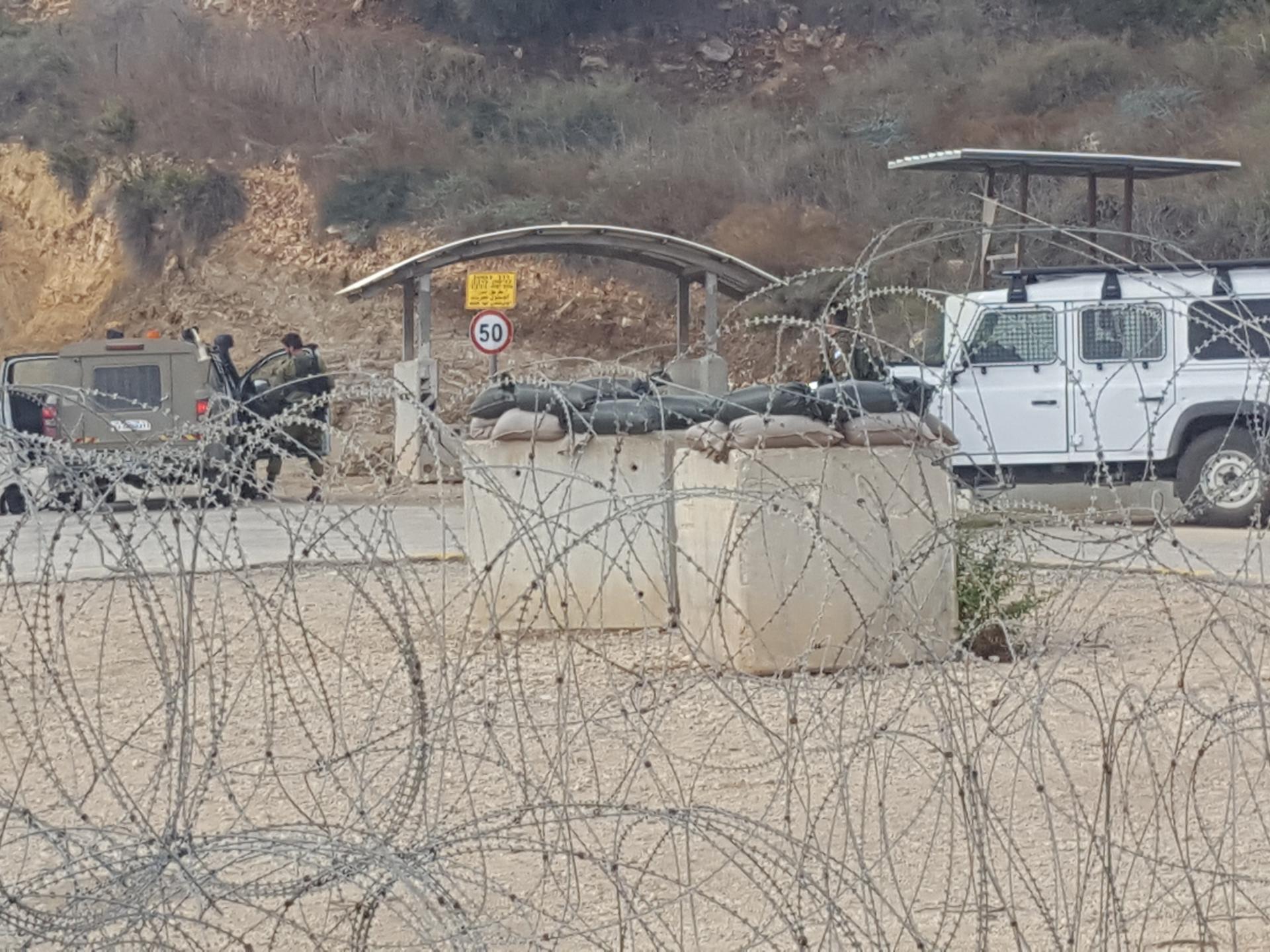 There were many people waiting for rides to work in the upper parking lot.  About 2,500 people with valid passage permits cross here every day – most of whom work in construction of the city of Harish.  As Neta says, the Palestinians are building Harish and Harish is building Palestine (there are more and more private cars here every day). There was a long line as expected at this time in the lower parking lot, that was moving slowly.   The Palestinian attendants wearing black uniforms were keeping order in the line and in the parking lot.  Meanwhile, people we know told us about fines of NIS 1,000 or more that they received from the Israeli police for violations such as driving children without a car seat or parking on the side of the road.   The Israeli police are enforcing the laws in Area C and adding money to the treasury of the State of Israel.

.  All the permits with their people crossed.

On Thursday, Friday, and Saturday this checkpoint opens at 07:00.  On other days it is supposed to open at 06:30.   People who must use this checkpoint explain that even then the soldiers repeatedly open the checkpoint only at 07:00.   Here and there a car passes or one or two people.  A large dog ran along the security road.  We have not seen a dog here for a long time.

Despite the fact that a representative from the Liaison and Coordination Administration arrived on time (even before we did), the checkpoint opened 35 minutes late. 10 minutes were wasted attempting to open the lock on the west gate.  Last week another stubborn lock was on the eastern gate.  This week they managed to open it. Last week whoever was not able to jump over the steel gate has to walk down and enter through another gate on the dirt road alongside the security road.  Everyone crossed except for a man in a red shirt.