We came on Monday instead of our usual Sundays, in response to reports that Sundays were easier than other days, and requests that the checkpoint should open every day as early as on Sundays (3:45 instead of 4:00). In the course of our visit, we found no real reason for changing the regular opening time.

opened late, at 4:05. People began running madly to the magnetometers. The first ones came out into Israel in just three minutes. A woman we noticed going in came out in five minutes. We met an old acquaintance and stopped to talk with him. Meanwhile a steady stream of people flowed past us, among them a number of women, some of them old, hunched over, limping. Our acquaintance pointed out one, bent almost double, and said that she was over seventy years old, but she had no one to support her, and there was no pension or social security in the West Bank, so she had to work, and it was lucky she could find someone willing to hire her. He also said that passage through the checkpoint didn't suffer from jamming because the staff stopped using the checking rooms.

At 4:17 we returned to the separation barrier. There were no lines, everything flowed. A man and a woman, whom we chose to watch for, both came out after five minutes and another man took eight minutes. A man approached us to complain about his employer, who he said pays him for fewer hours than he worked, and doesn't pay vacations or pension fund, though he does provide a regular pay stub. The man said that when he tried complaining to his employer his work permit was canceled for several days, until he managed to come to terms. We gave him contact information for Kav LaOved.

At 5:00 there was still no pressure at the entrance. In the past we had seen problems, with people climbing over barricades to jump to the head of the line, while the people waiting below protested loudly. In that scenario the turnstiles at the entrance would stop and start, generally at two minute intervals. Today, everything just flowed.

A large crowd already collected in and near the parking lot. 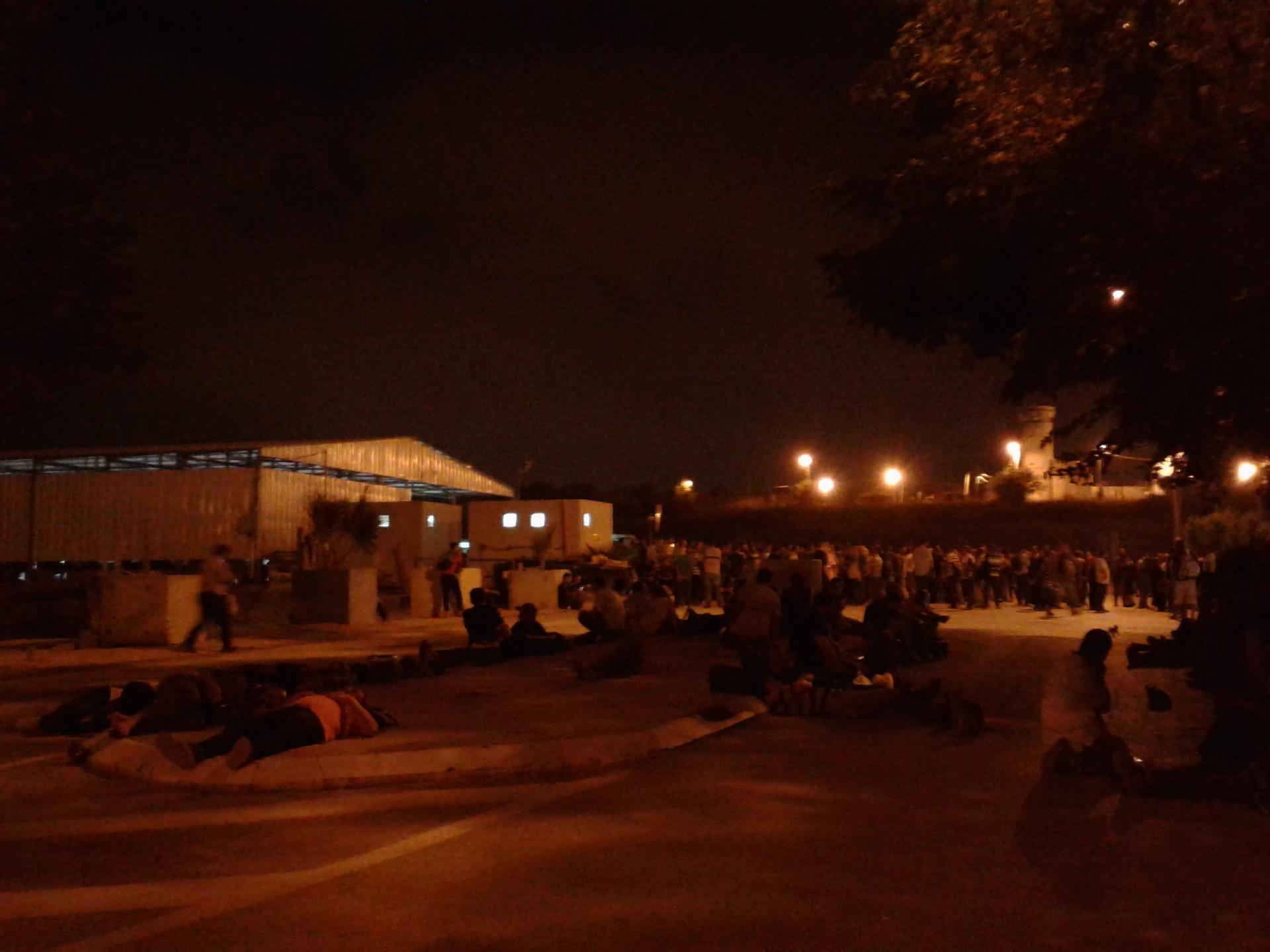 We chose four people to watch for. Two of them came out in ten minutes, and then one of the turnstiles at the exit stopped working. I went to report this to the guard, who just then was locking the gate leading out to the parking lot. He said he knew, and that there was a security incident. When the incident is over, everything will open up. Indeed, a few minutes later people began coming out of the building again, and both turnstiles worked. The other two people we were watching for got out twenty minutes after they went in. The exit gates

At the separation barrier, the turnstiles were closed, and a few people climbed over the barricades. We counted seven people who were sent back, one by one, into Palestinian territory, but there might have been more before we got to that side of the building. A few minutes after the last of them went back, the gates opened again.