The northern checkpoints: permits are not being renewed | Machsomwatch
Skip to main content
Back to reports search page

The northern checkpoints: permits are not being renewed 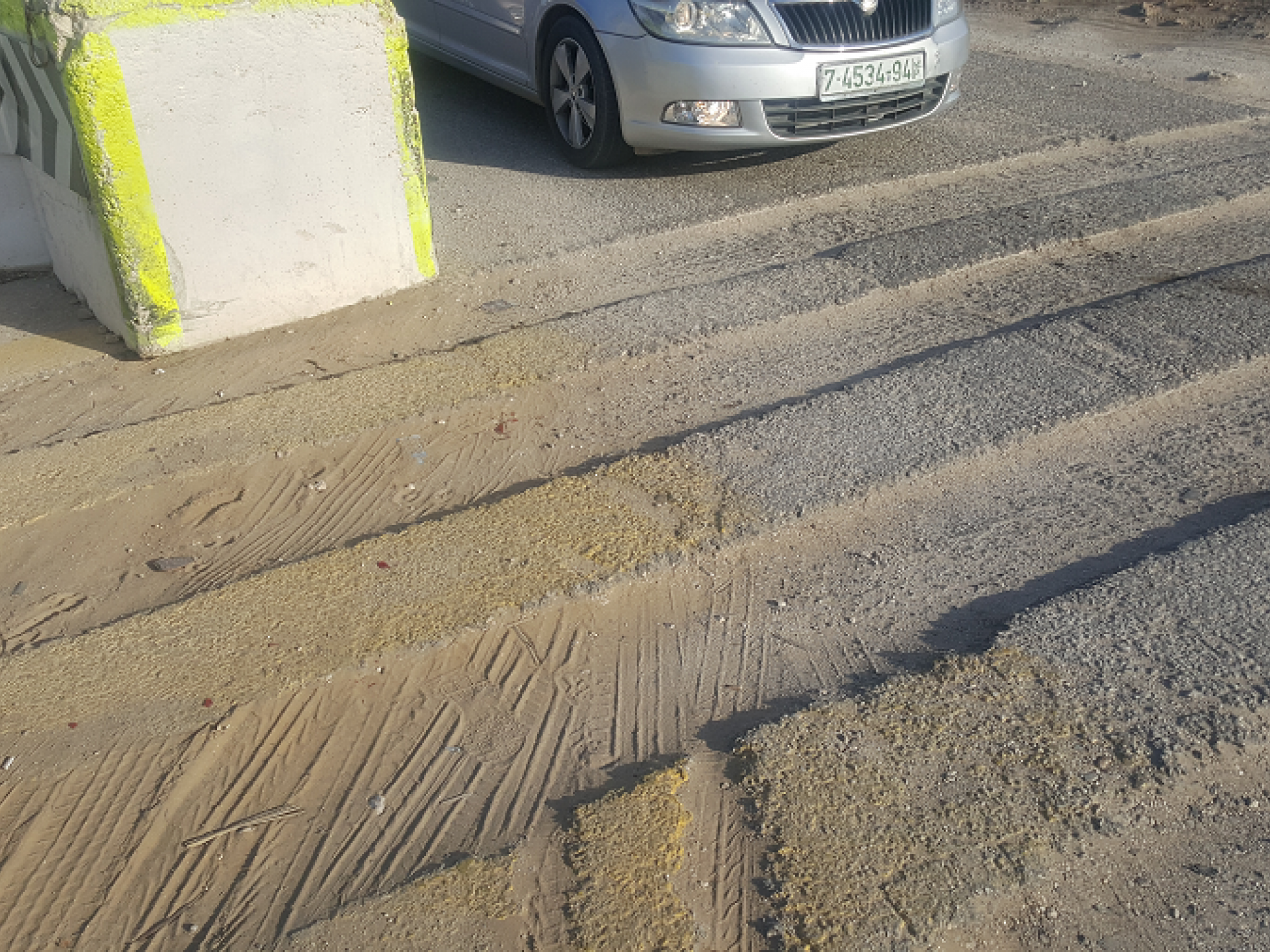 Few return from work at this hour, some of them old acquaintances – the seamstresses who work in sewing joints in Eastern Barta’a. We hadn’t met for quite a while and glad of this opportunity. Students from West Bank universities are on their way home for the weekend.

One of the taxi drivers tells us he was tried for throwing a stone which he says he didn’t. He is no child, a 37-year old. The fine is 5000 shekels, the lawyer costs him 7000, and to top it all he is now prevented entry into Israel. It’s been two years that he is not being issued a farmer’s permit because he is “severely denied”. We gave him the phone number for the Center for the Defense of the Individual as well as Sylvia’s numbers.

We were told of an accident on the road to Tul karm near the turnoff to Hermesh settler-colony. We drove over there to see the place. Much work has been done on this road. A few years ago the road was closed off by a locked metal gate. After Hillary Clinton’s visit (as State Secretary during the Obama administration) the gate was opened and since then, as far as we know, not re-closed. Now the gate is still open but there are three concrete blocs in front of it with deep ditches in the road itself. We saw no road sign warning of this obstacle and the cars passing there have to maneuver between the blocs and jump over the bumpers. That is probably how the said accident happened. At the side of the road is a watchtower, unmanned.

Many return from their work in Israel and inside the seamline zone at this hour. We saw a group of journalism students from Denmark touring the Barta’a enclave and the checkpoint, with a guide (the Israel correspondent of a Danish paper). Too bad Israeli students do not go on such tours.

The works on the road and infrastructure from Katzir towards the checkpoint is ongoing. There is hardly any traffic at the checkpoint. Two girls are seen waiting in the shack.

Several dozen people, a few women, one tractor and one donkey wait for the checkpoint to open. About five minutes later the soldiers open, not widely. They let the people through in groups of five. Only for the tractor do they open the gate wide. By 16;05 everyone got through. A few more keep arriving. Several olive sacks are placed near the shack. A few are destined for Anin and most of them for the Bedouin encampment.

A woman tells us, with the help of a relative who interprets on the spot, that in the afternoon two days ago soldiers took away her 16-year old son’s permit, holding a new ID, and have not returned it. We’ll try to find out why.

Another woman tells us that her son is being sent to and fro between the checkpoints of Barta’a and Anin. We didn’t understand whether he eventually manages to get through or not.  An elderly person tells us that in the past he would get a farmer’s permit for two years at a time, and now it’s only for three months.

The two girls who were waiting at Toura Checkpoint now arrive on the transport vehicle. Apparently they are residents of the Bedouin encampment down the hill, on the side of the seamline zone. We could have given them a ride…