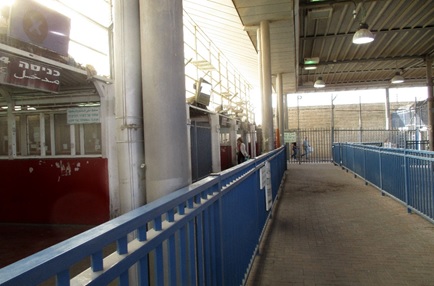 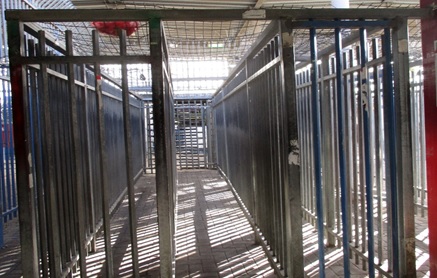 “Every day you have a holiday, plenty of holidays you got”, said an angry young man.

One and a half kilometers, perhaps two, before Jab’a Checkpoint the traffic stopped.

Hundreds of cars and many hundreds of people were stuck in a long line as far as the eye could reach. 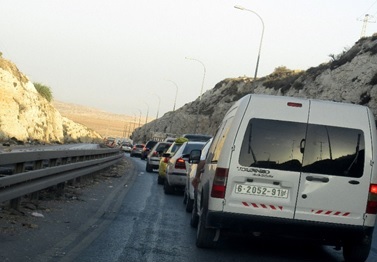 The parallel road was empty except for military vehicles.

At some point people began coming on foot and said the army blocked the way in both directions an hour ago.

It was no traffic jam. nor anything like it. It was a dead end.

After quite a while of no motion and no Galgalatz (radio program reporting traffic situations) I called the hotline of the Jerusalem Separation Wall and asked how long they estimate this situation to last.*

After some moments of checking the person on the phone said that “they’re just now opening the road. There seems to have been a jeopardizing vehicle.”

“Jeopardizing whom?” I asked.

“The residents”, she said.

“But there are no residents here” I insisted.

“You”, she insisted too.

Within minutes vehicles in the opposite direction began to come through one by one, and in a few more minutes the traffic flowed in both directions.

When I got to the checkpoint there were no soldiers and no vehicle jeopardizing any residents.

* I am against complaining to the authorities and normally do not, I only rarely ask for information.

Sometimes I get it, usually not.