While a group of twenty Gazan patients boarded their assigned transport vehicle, I heard from their driver that the days of Jewish holidays are days of closure

for them. Just as on days that are not under official closure but the Minister of Defense decides to seal the Erez Crossing Checkpoint from Gaza and all transport to the Strip is canceled.

So what does one do if released from hospital in the West Bank on such days? The driver said he had no idea. Nor do I.

One of them always asks whether I am coming to Gaza with them and hurries to find a seat for me and even if I do want to do this, as I would very much like to go to Gaza, I explain that I am prevented from coming. This amazes them, for their experience is that prevention is only and always meant for Palestinians.

At times someone even wishes to converse. This time it was the eldest of the group, who said: God willing there will be peace and then things will be good for us and for you. He claimed that the one disrupting and harming and spoiling things is Trump who is even worse than Netanyahu. I couldn’t hold back and made him see he was wrong. 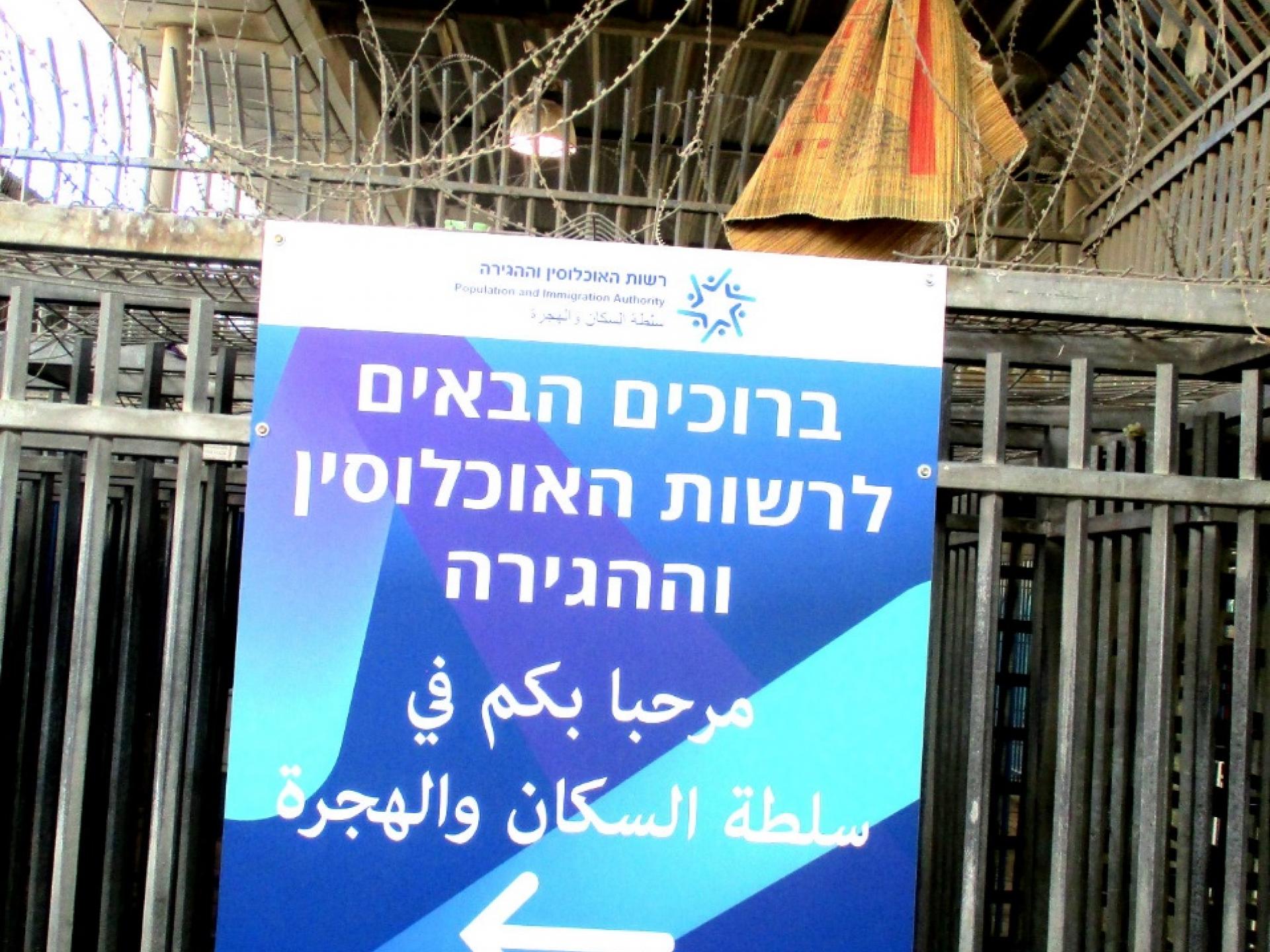 I followed the signs “Welcome to the Population and Immigration Authority”. I had no idea where or when I would arrive.

The walk, that took a very long time, brought me to a place called the “Government Sector” although it contains no government. Three of the authority’s employees came towards me in the corridor: “What do you want?” –To ask questions. “Questions are only to be directed at the spokesperson”.  -May I have her name and phone number, please? “No!”

The truth is they had no idea who she is and how to contact her. They stood there silent until a security guard arrived who had been summoned to get rid of me. 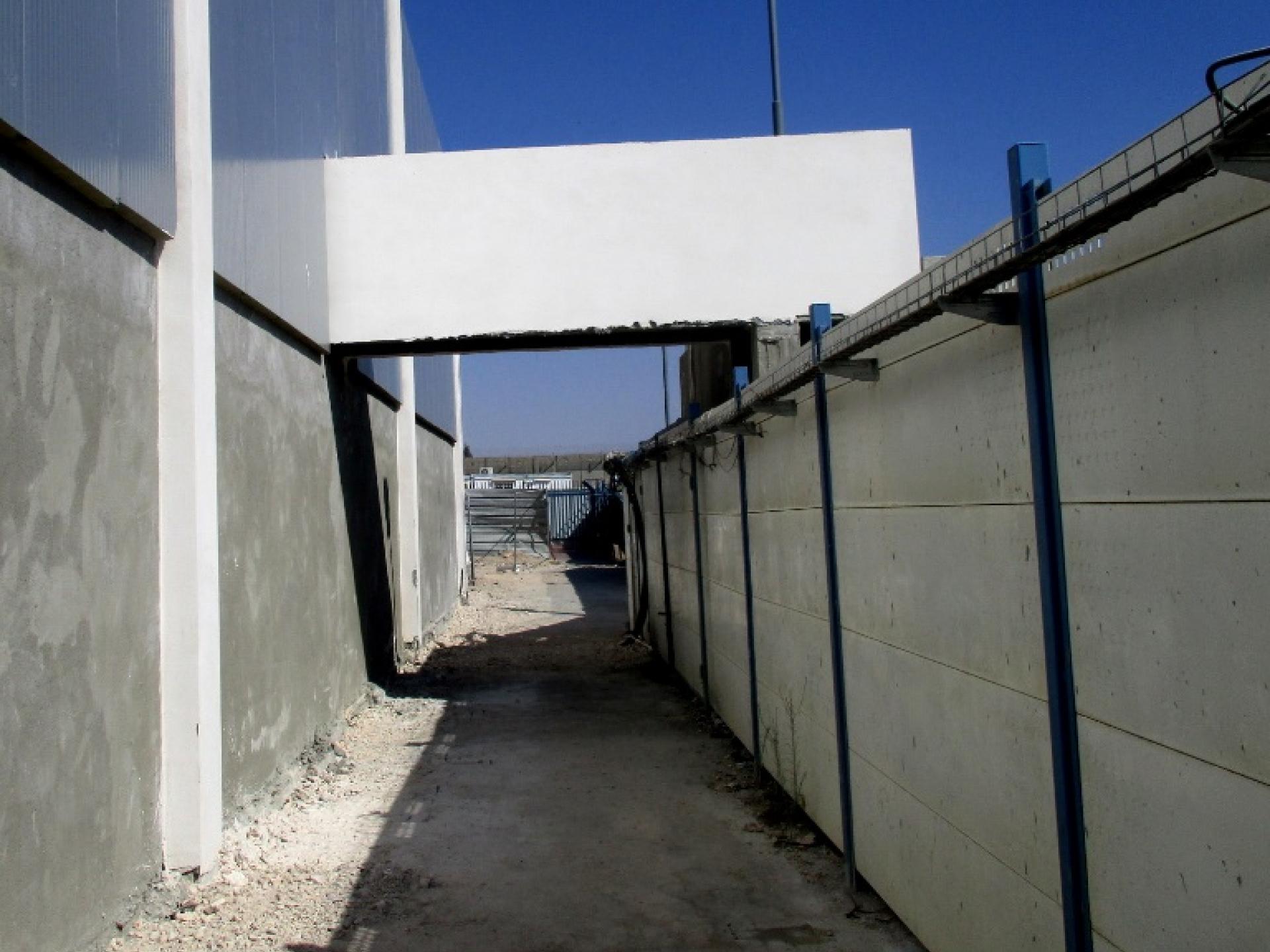 The way to the Population and Immigration Authority
Photographer:
Tamar Fleishman

On the right: the way to the Population and Immigration Authority office.

My attempts to communicate with them face to face or by the designated phone number *3450 were in vain.

As there was no one inside to talk to, I went where I had someone to sit over coffee with and talk.

At Ahmad’s opposite the refugee camp a heated conversation was taking place about the terrorist attack in the Etzyon settler-colony bloc, about settler-colonists, about racism and the differences between a demolition crew and terrorists.

As I returned to the checkpoint in order to cross it, although usually the time was not especially known for pressure, the lines were long and so was waiting time.

Only this time the wait had a catch: a person joined me who told me his history since his birth in pre-Nakba Haifa, wanderings among the Arab countries, his prison time in Syria, escape from Lebanon to Algeria two days before the Sabra and Shatila massacre, until he finally started a family in Sweden.

At present Kais – that’s his name – is a known and well-appreciated journalist and writer.

Our talk was interrupted as we reached the inspecting soldiers and one of them doubted that it was me in my ID, which delivered an onslaught of threats that I was not allowed to… and that if… a policeman will come to get me.

I was forced to take leave of Kais and enter the detention cell behind the red door, one meter by one and-a-half meters, and wait for the policeman.