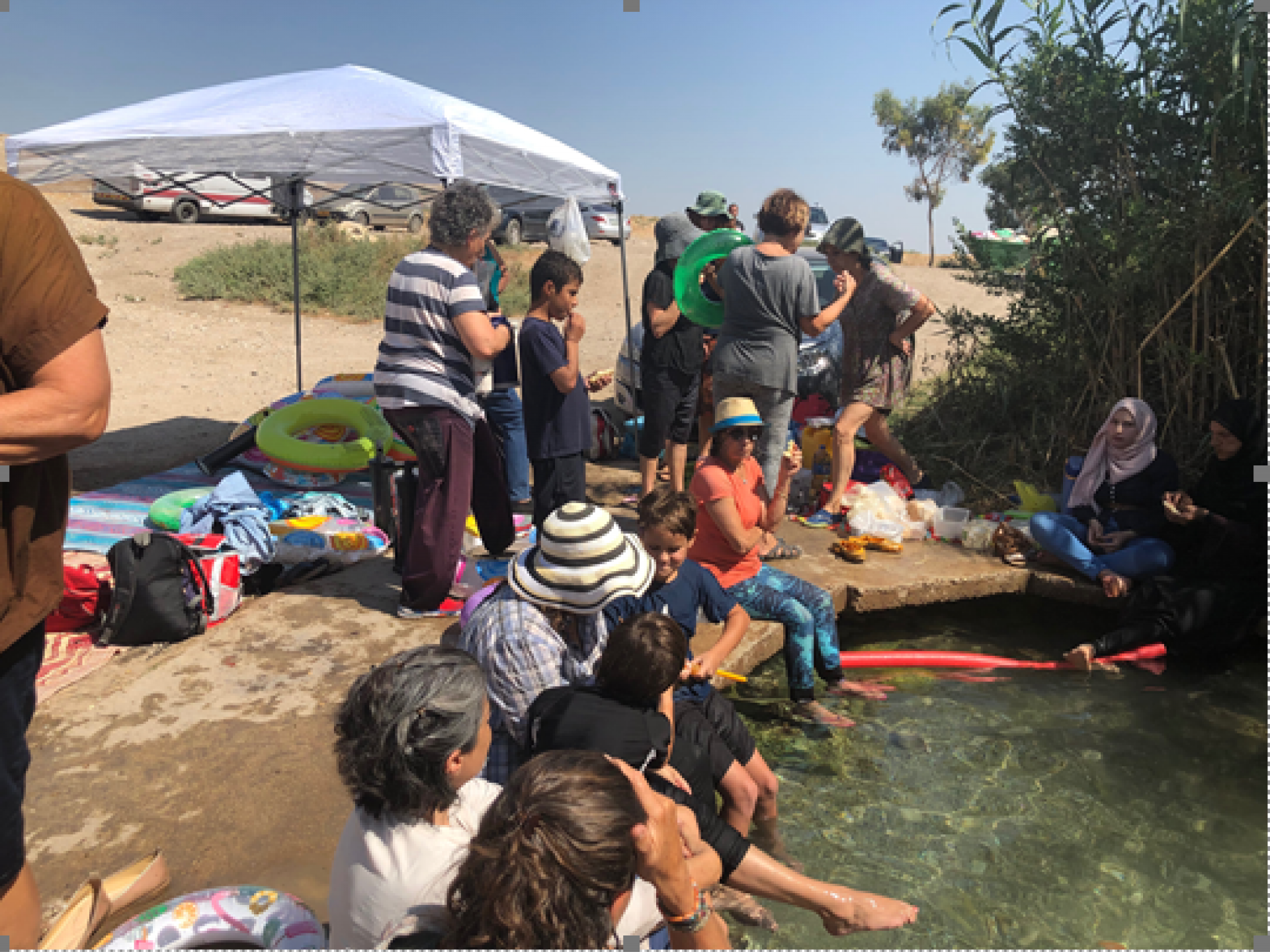 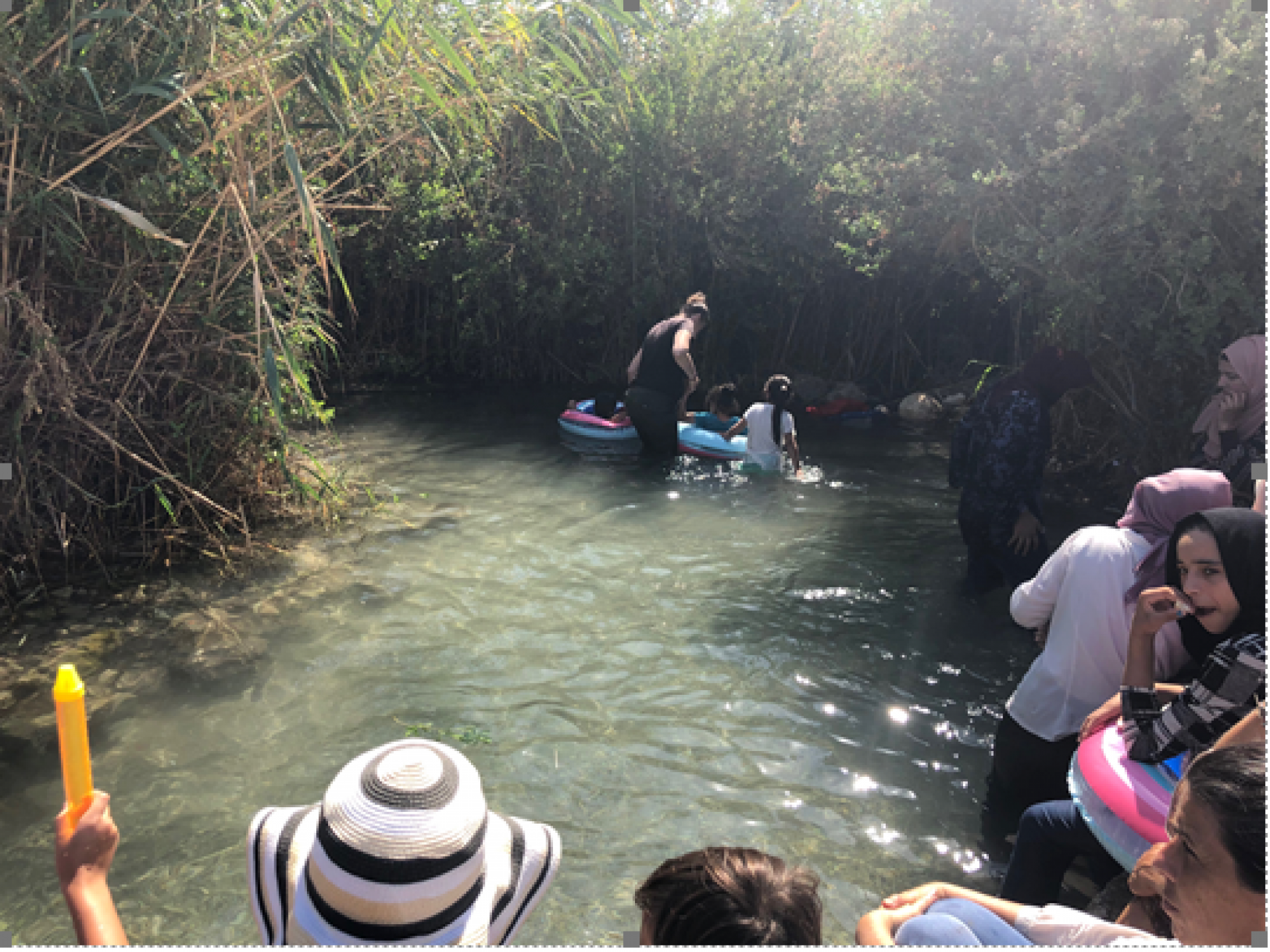 Hopefully this will not make it seem that the occupation has improved… Every week we have been having a good time with Palestinians.

Let’s begin by saying that it was not easy to get the women to come on their own, without a “chaperone”. Going out is already a kind of unobvious ‘doing’.

After last week’s success with the men and the children, we thought the women too have a right to get to a place so near their homes where they have never visited. Much more than that – they have not even ever been to the town close by, such as En Al Beida, or anywhere in the area near their residence. It sounded strange, as they told us while driving: We have never been here, and they photographed as if we were traveling abroad, while we were in fact about 5 minutes from their home.

We arrived at En Sukut spring – a group of about 30 women, girls and boys from Khalat Makhoul, Hadidiya and Al Malih, and Mahdi and the driver who did their best not to stand out.

We blew up floatation rings, brought a lot of refreshments (a lesson learned last time) and churned up the water in the small, clear pool. After getting used to the cold and the wetness, we intended to take the older girls to the large pool, where we ran into a group of Palestinian men as well as Jews. The Palestinian code was plain for everyone to see: no way Palestinian men and women would be in the same public space together. What do we do? Is this special day going to get ruined? We tried to ask the men to let us have half an hour to ourselves. We nearly made it and entered the pool… The Palestinian women had one eye trained on the men and the other enjoying the water, while the men were saying: okay, we’ll go, but they didn’t. That’s how the half-hour passed, until we gave up. As the universe would have it, the men had used up their time there and then we did cross over and had a wonderful hour in the large pool. A real pleasure. We enjoyed a full day with water, relaxation, refreshments – what else can one need?

At 11:30 the Muezzein signaled that life goes on.

A pity I didn’t photograph us in the large pool, it’s so lovely…

Thanks to all who took part!