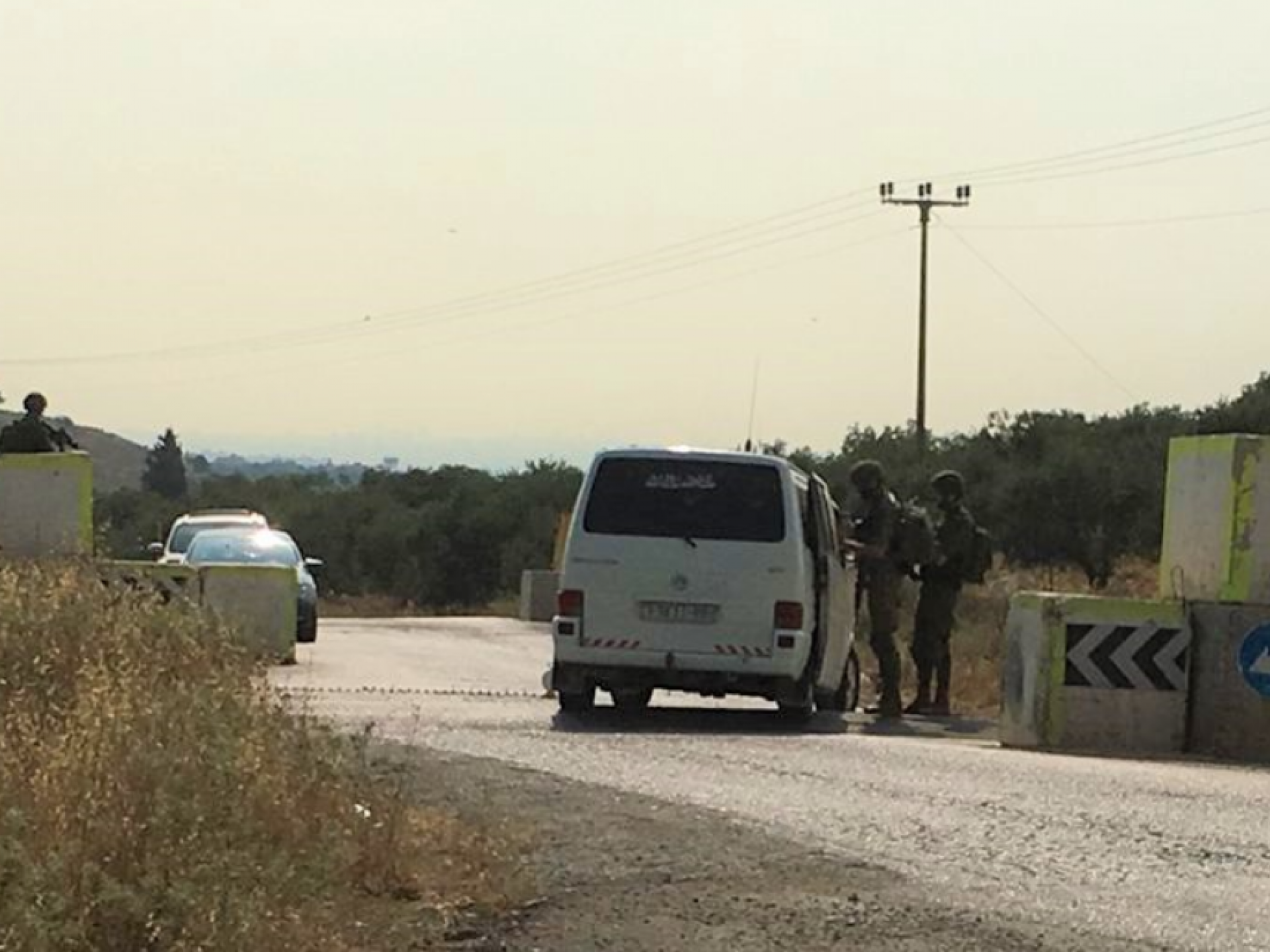 An unusual checking in Hermesh checkpoint 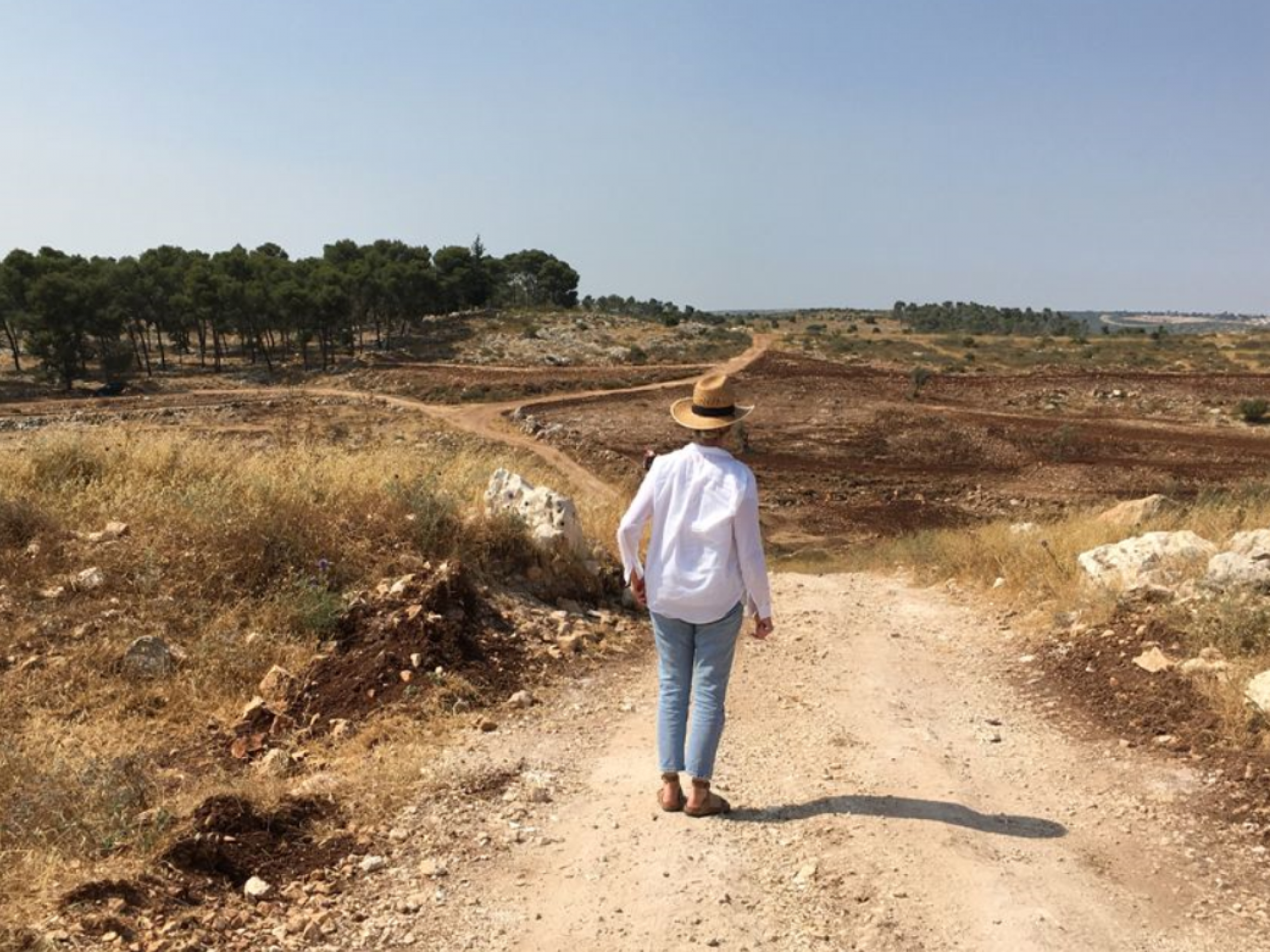 The way to Hermesh B 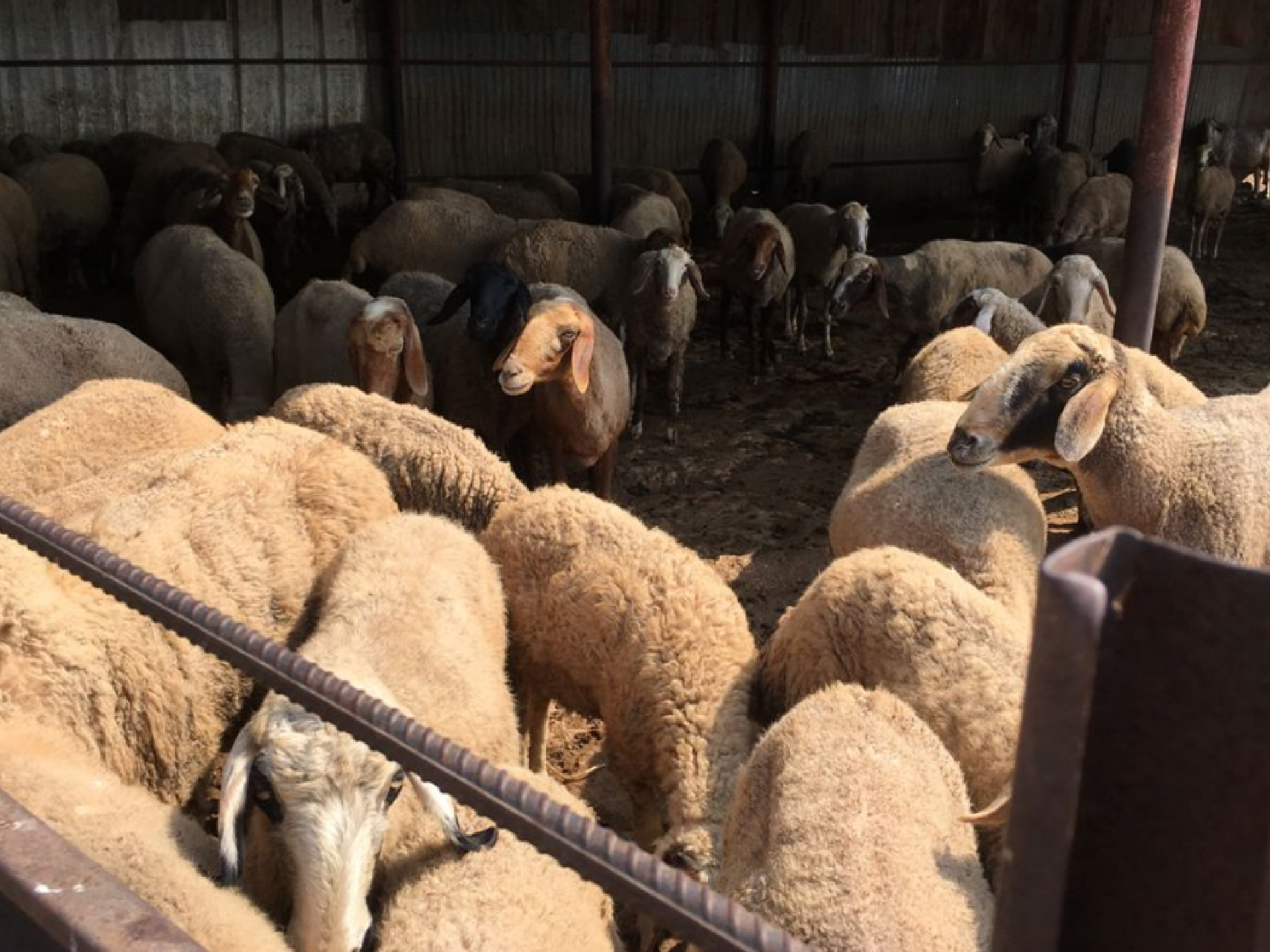 15.25. Hermesh checkpoint, where we started our watch

We noticed new lights on the Amriha-Hermesh route for 2 kilometers. There were no soldiers in the checkpoint and all was quiet. We went to visit the Beduin family Turkeman and to see if there is a road to the new settlement. The way is difficult, and our host tells us that in fact there is only one person living there, from Hermesh, who is setting up Hermesh B., which reminds us of Mevo Dothan B.  which we discovered on Pesach. We were invited to a cup of tea and saw the ‘tractoron’ coming from Hermesh which rapidly passed the encampment. Our hosts complained that the youth deliberately disturbs them now and again with the dust and noise. The area where the encampment is located is called Parsim(?) and belongs to man from Jenin named Abdal Hadi. Apparently he owns a lot of land on tabu and the Turkeman family leases from him 500 dunam for sheep-rearing, for 8000 shekels a year. We asked about the new settlement established on the hill and were told that there is light building going on there, directed by the kibbutznik Yigal whom they know. We returned to Hermesh checkpoint and found 3 soldiers threatening a Palestinian at gunpoint. He raises his shirt for them. A barrier of spikes is spread on the road. Cars coming from area A pass freely to area C, but in the opposite direction there is a line of cars waiting. Altogether the situation is unusual for Hermesh checkpoint which is normally quiet.

A line of cars waits for checking and soldiers, with arms at the ready, supervise the traffic.

A few workers make their way from the seamline zone to the West Bank. They say that there are many people who want to work but lately there has been little work.  There are the usual tales of farmers who get passes to cross at checkpoints located far from their plots, and about “Rambo” (the nickname of the man who distributes permits) who creates many problems. “Just let us make a living,” they ask.