Qalandiya. where there once stood a house – destruction reigns 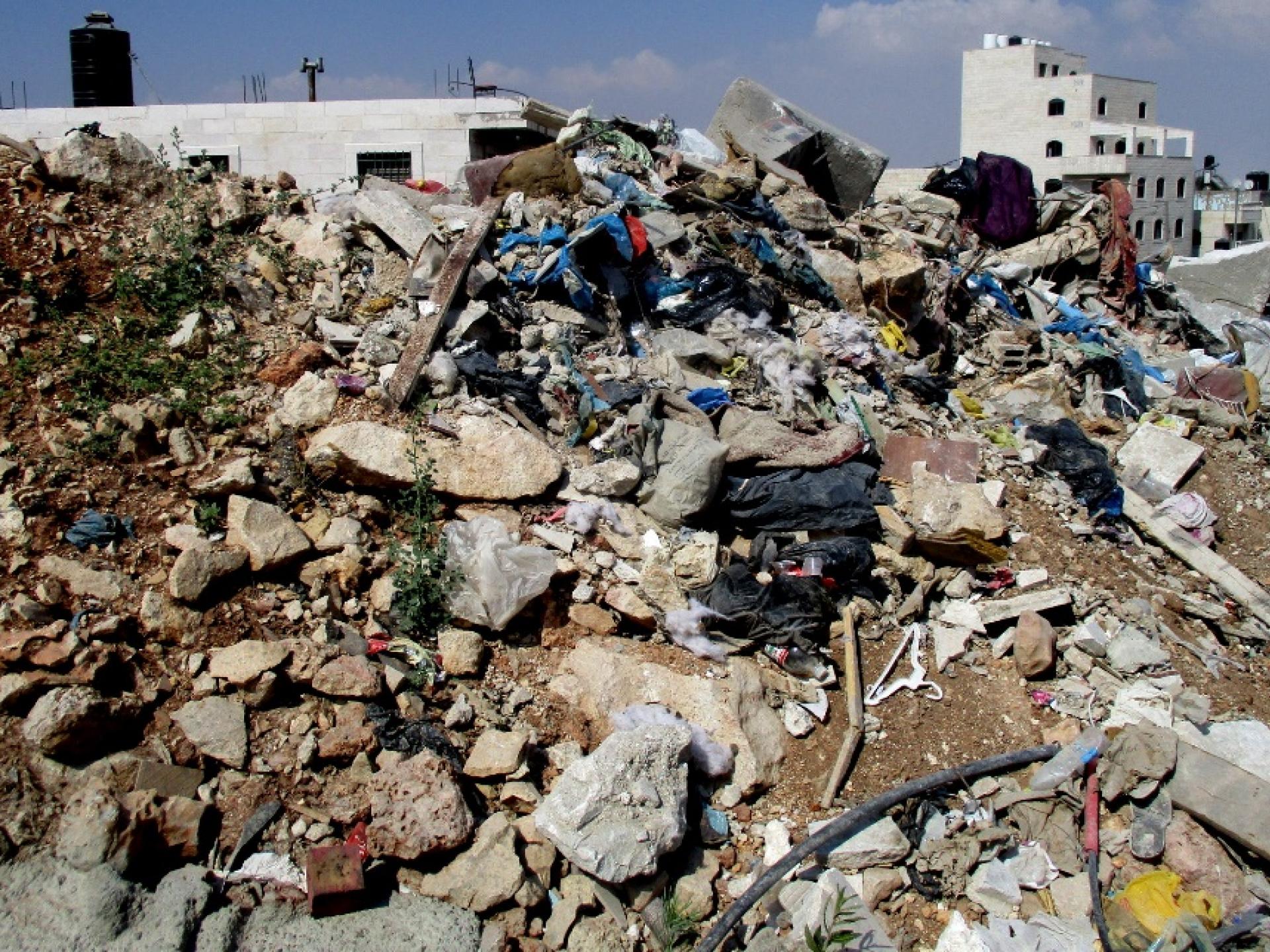 One week ago this pile of rubble and junk was still a home.

For years the man and woman saved every penny and invested in building the house that was, as they say, their dream.

So true, during Ramadan month, they like their neighbors received a demolition order and hired an attorney.

But what can a man and a woman and an attorney – all Palestinians – do when it’s the Israeli army and its orders?

They said that at 5 a.m. the emissaries of destruction came, blocked the access road and began working.

There was no resistance, no protest.

Where there once stood a house – destruction reigns. The ruin of hopes. Of life.

And one’s gaze is turned and concentrated on the white clothes hanger.

A banal object that symbolizes as it were a bit of normality in an abnormal environment.

The neighbors who received a demolition order are silent, afraid to attract attention, people say.

“And this is our life of late
Could be better
Could spell disaster
Good evening despair, good night hope
Who’s next, what’s next”

Hizma village is tensely quiet. The quiet of uncertainty. Of wondering when “they” (the Israeli armed forces) will be back, who they will defame next, who they will arrest.

They came after midnight and invaded the home of the same family, taking over the same roof.