Northern checkpoints - Explain the occupation to the tourist 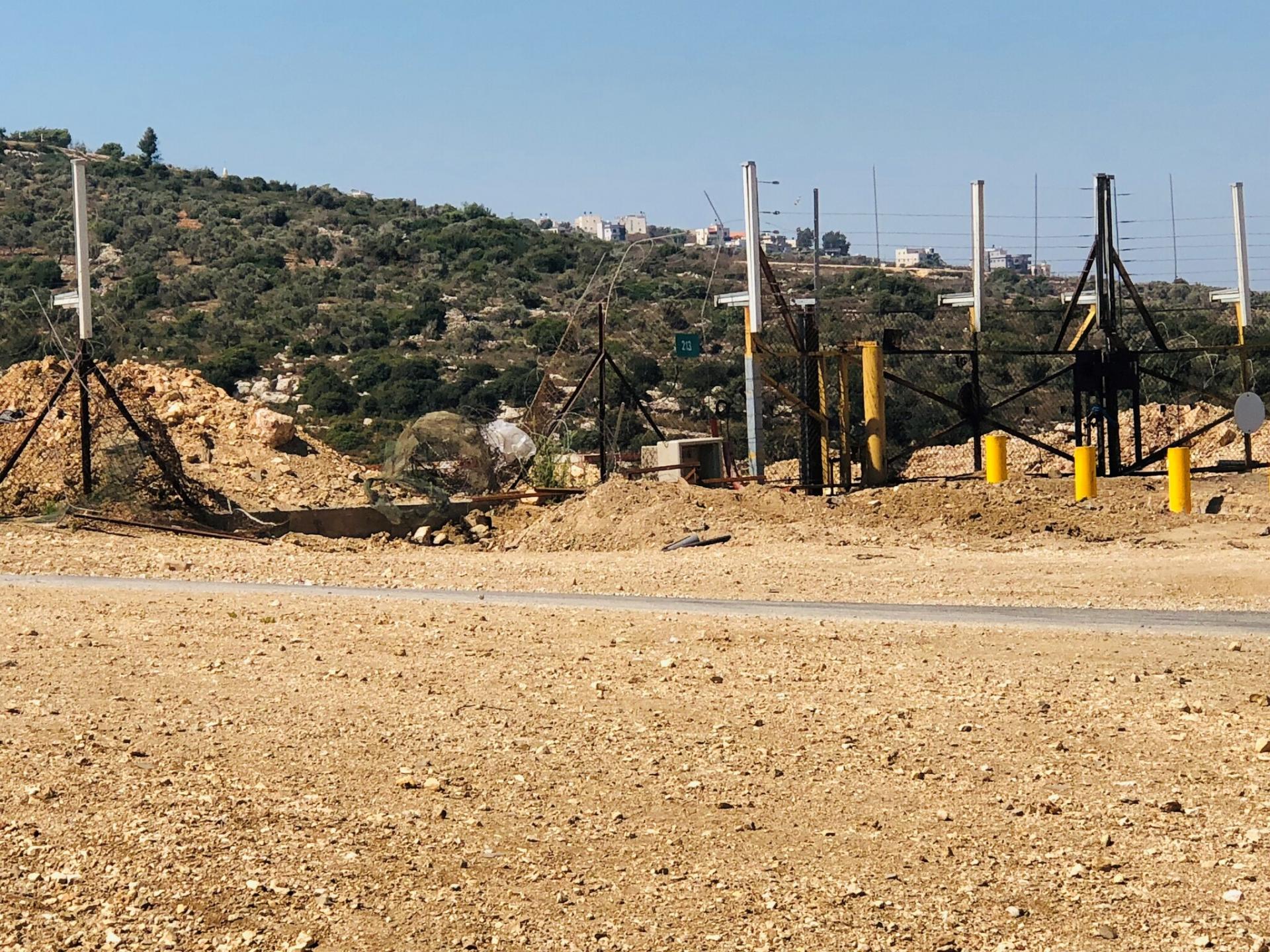 A breach at the Anin checkpoint

This time we had a completely different observation.  We tried to show Shelly the northern sector with the hope that the message will pass on to those in America who demand the best from Israel.

Shelly is a retired ophthalmologist and in addition to belonging to a Reform Synagogue in New York, she is a member of an organization of women called Salaam-Shalom--“Peace”-- together with 1,000 Jewish and Moslem women from across the United States.  They have 150 branches that hold meetings to build bridges and understanding of “the other.”  Shelly came to Israel for a month with a group that is studying the fabric of life in Israel.

She is very curious and believes it is necessary to describe and disseminate the present reality in Israel that unfortunately, doesn’t reach the Diaspora. So far in her visit to Israel, she has been in Hebron and at the Bethlehem Checkpoint.  Now we are showing her the following:

These are large, expensive buildings where Palestinians who have permits indeed cross over.  Primarily, however, vehicles cross at these checkpoints because surrounding the area of the checkpoints, there are breaches in the (security) fence that serve the Palestinians (pedestrians) more efficiently.  All those who want to can cross to work in Israel via these breaches and bring home a living wage.  The military is aware of this but doesn’t bother to fix or change the situation.  As always, the thought occurs to us that the checkpoints don’t exist for the purpose of guarding Israel’s security. They exist because it is worthwhile to control and harass Palestinians.

Daily Life for Palestinians in the Seamline Zone

Three Palestinian villages exist in the area that, in fact, were annexed to Israel and controlled by the army (traffic, building permits, etc.) while the Palestinian Authority, which is responsible for granting identity cars, managing hospitals and schools, is situated in Jenin, passed the checkpoints.  In order to shop, the Palestinian residents have to cross the checkpoints during the limited hours they are open.  Additionally, the scope of the items they are allowed to bring back home without the permission of the DCO is also limited. Likewise, scattered within the Seamline Zone are olive groves that belong to the residents of Anin (beyond the security fence, in the West Bank).  They are allowed to cross the checkpoints only twice a week to care for their groves, because the agricultural checkpoint is only open at sporadic hours, and then only for half an hour in the mornings and afternoons.  Today, except for the tractors, pedestrians cross via the breaches in the fence.

Around the villages:  Four settlements are expanding, which obviously, is legal under Israeli law.

Apparently, this is the picture of apartheid in its formation.