After the morning commotion, a temporary quiet at the Tarakumiya checkpoint

The area where goods are transferred from the Israeli side, is packed with trucks and private cars and bustling people and activity.

Visiting at an unusual time: 11 am. When we arrived, after thousands of workers had finished passing through  to work in Israel, the Palestinian side, as expected, was almost empty. Many cars park in the parking lot and the debris is scattered around every corner. There was a worker collecting rubbish  in a supermarket cart.

In the early  morning, many booths open before the checkpoint opens, and at seven-thirty they fold them and open again at three in the afternoon when workers return from a work day in Israel. Nevertheless, one stand is open, serving the late comers on the Palestinian side of the checkpoint.

Only a few people are around. Some are “prevented”, either security or police. I gave them the details of Sylvia’s team. Maybe she can help.

They said that in the morning as always on a Sunday, thousands of people pass through in three hours. They spoke of a man who fell and was trampled on by the crowds and then taken back to the Palestinian side. No one  knows his situation is.

When I asked one of the people sitting there what happened to him, he wasn't even aware of the incident. He said that is how it is in the morning.  There is great pressure. Many people climb on to the sides and tramp on one another even though there is aleady fingerpring identification at the checkpoint. Not only are there not sufficient passages to pass through but also two toilets are not enough for thousands of people.

One person who crossed the checkpoint from Israel back towards the West Bank said: "Did not get along with the contractor. No way of making a livelihood today."

From Tharkumiya we continued on to Road 60 and all the way to the southern checkpoint in Meitar. Notable is the fact that there are signs pointing to the settlements. There are no signs with the names of the Palestinian communities. The road was open, except for a police vehicle

At Meitar checkpoint fthere were no signs of the kiosks. Many Palestinian cars are parked. At the checkpoint itself the signs are being renonovated. 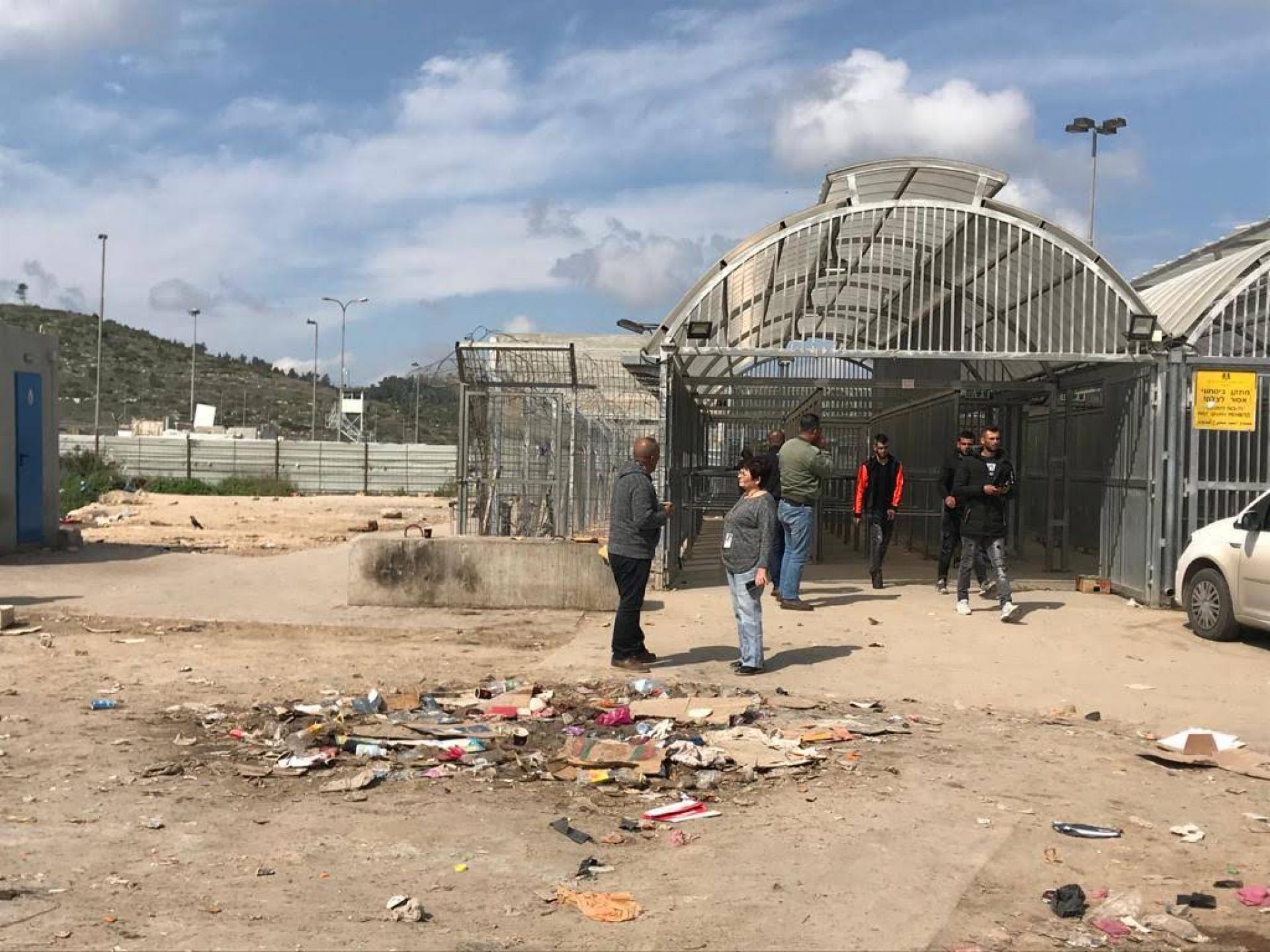 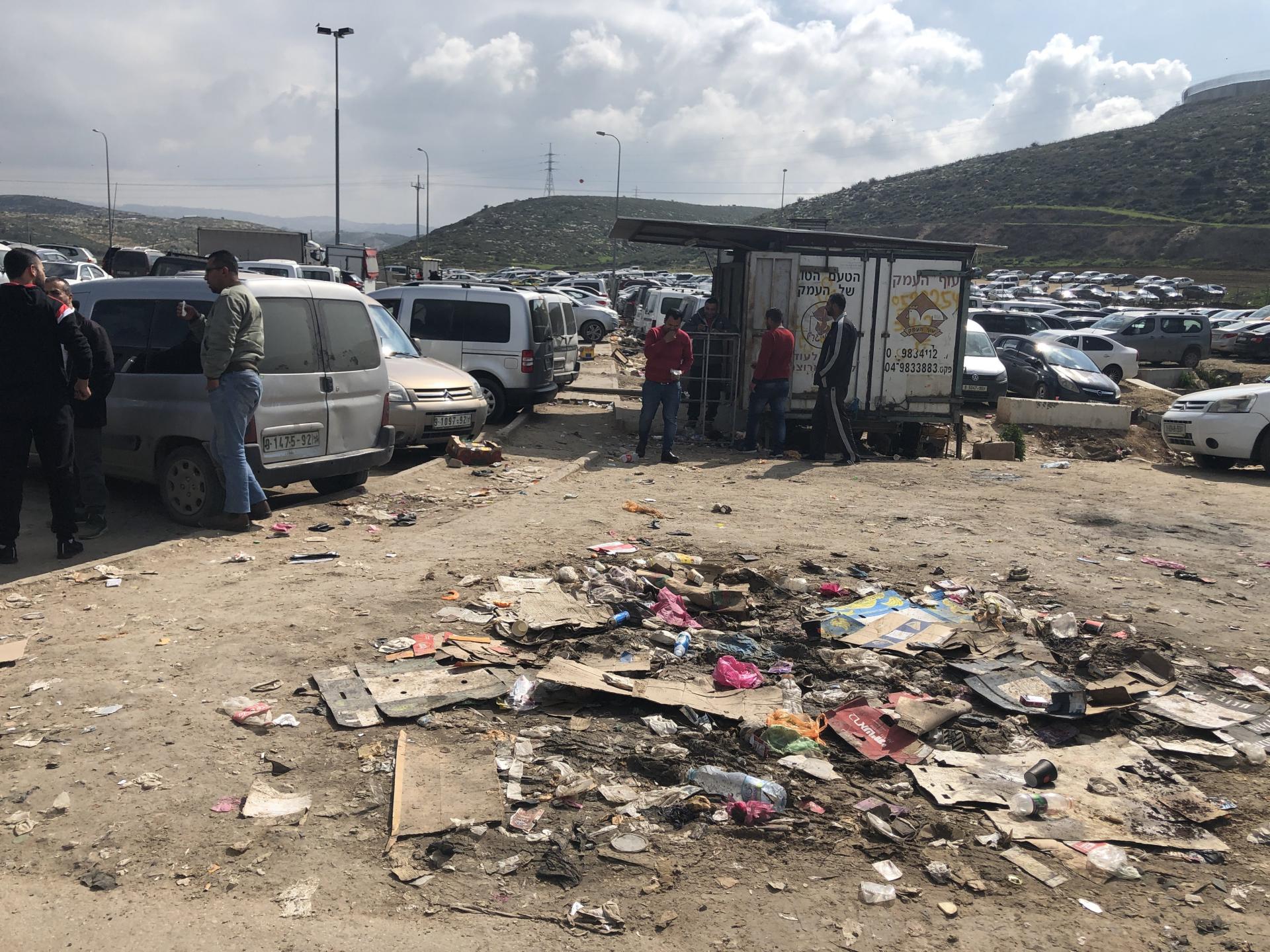 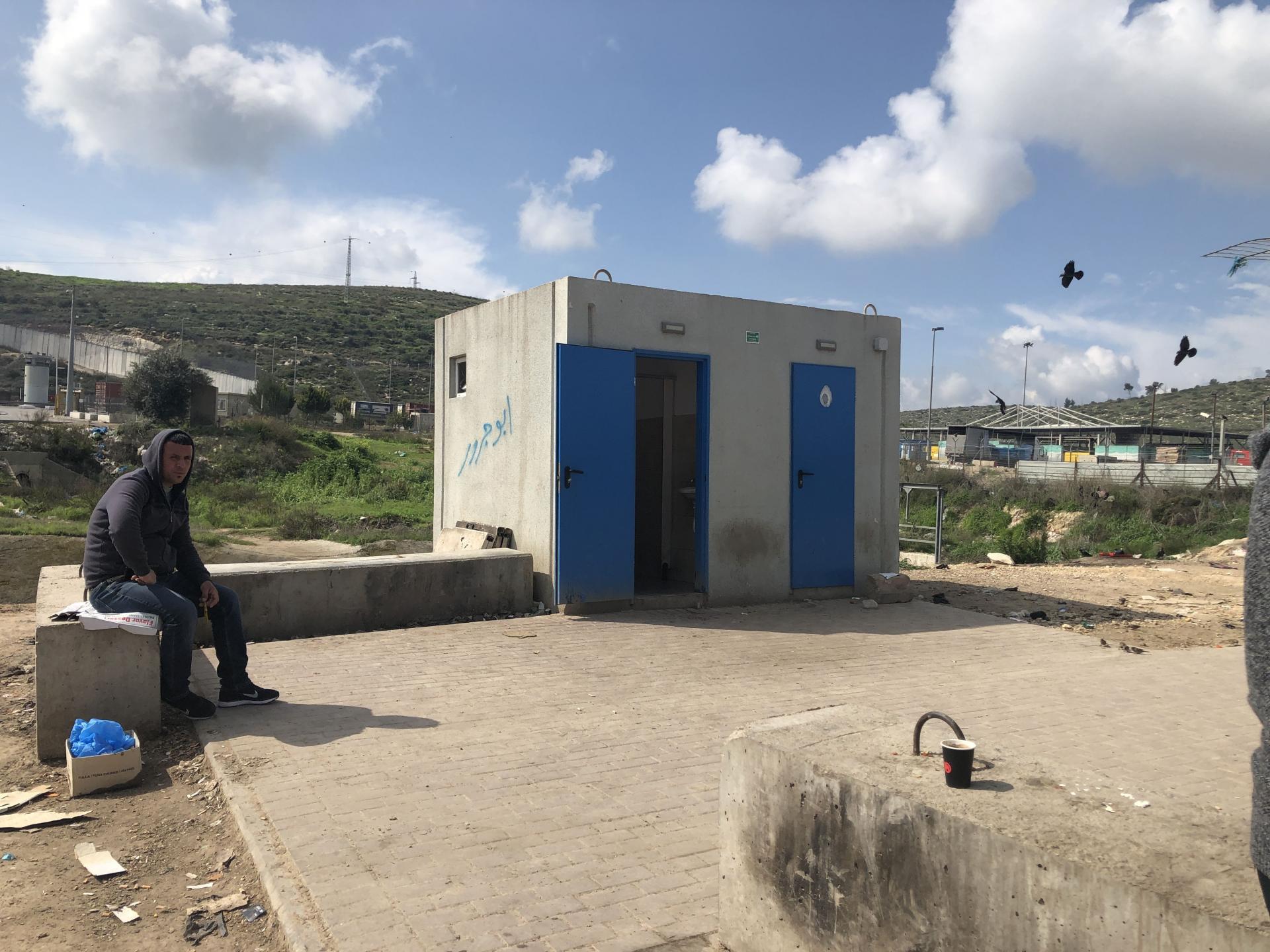 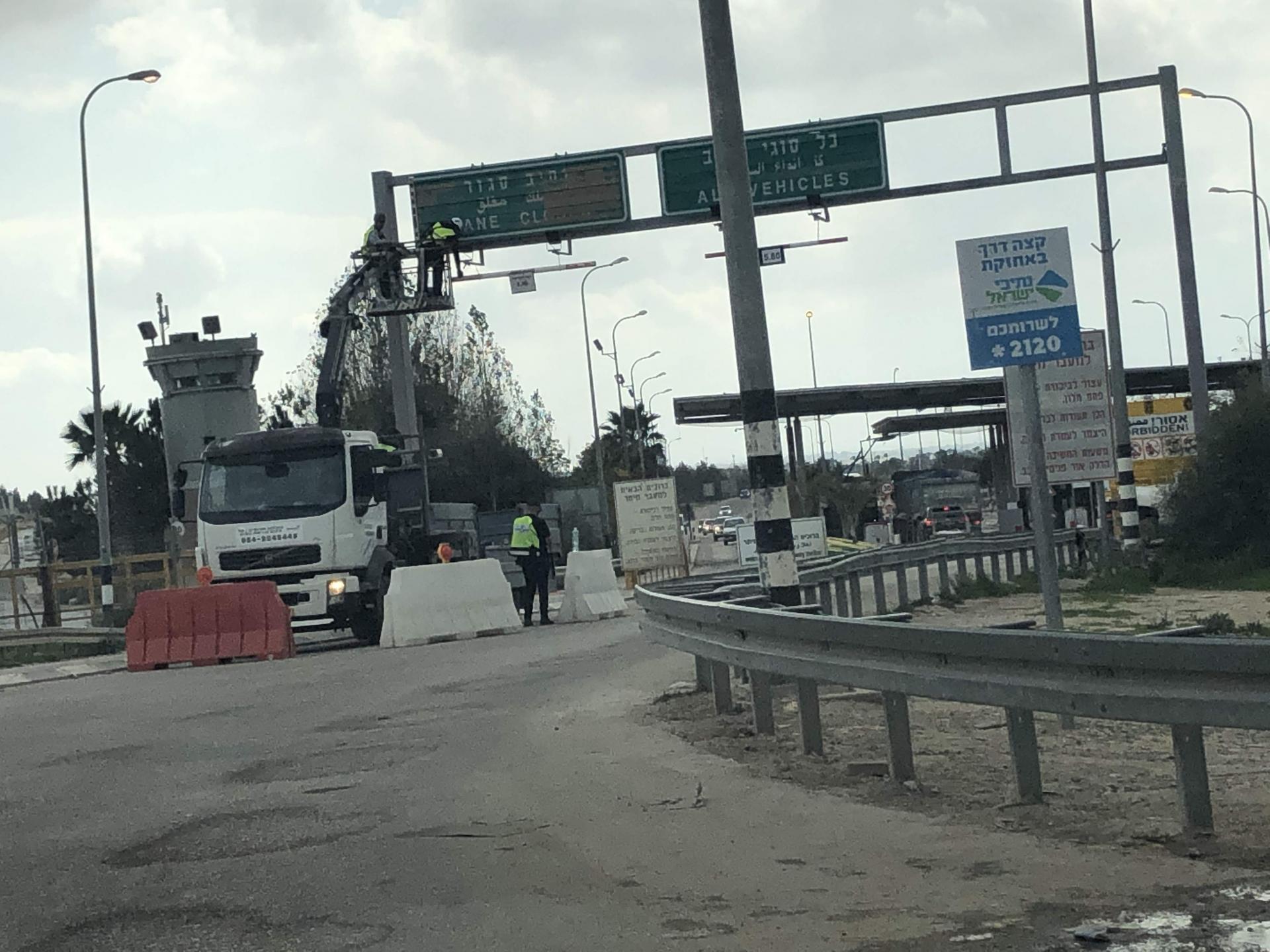