Let there be light – soon

Airborne cameras follow the vehicle in which we ride, and then a captain, two ferocious women-combatants and a male one, rifles drawn, arrive as a storm at Khalat Makhoul to find out where we were going. For we are watched from above. This will be explained later.

We meant to get to Ujja following the demolition of a commercial building, and ask about the condition of the man who was attacked and wounded yesterday when a soldier threw a concussion grenade and a teargas canister at him. He was taken to Hadassah Hospital, although the army denied its involvement. When we called F. he said the family were going to the Red Cross office, and that his father’s condition had improved a bit. We’ll visit them soon.

We drove to Ras Al Ahmar whose inhabitants live under the terror of demolitions and intense army maneuvers. The Gokhia checkpoint is closed to Palestinians but opens every time the Civil Administration officials and the army arrive to confiscate the Palestinians’ tractors, we had to take a detour in a small vehicle, on a highly challenging track. We did not manage to reach the distant encampments that have received evacuation orders this week. But we were told that their inhabitants returned to their “homes” and no harm was inflicted on their property. No one mentions the psychological damage done.

We visited the Bani Odeh family whose encampment was destroyed about a month ago, for the seventh time since 2000. 25 lambs perished after the demolition, the restoration of the sheep pen cost thousands of shekels, an enormous expense for a family all of whose property was buried under a pile of dirt. We promised to try and obtain plastic sheets in order to salvage perhaps the sheep that remained outdoors, before the rains come. 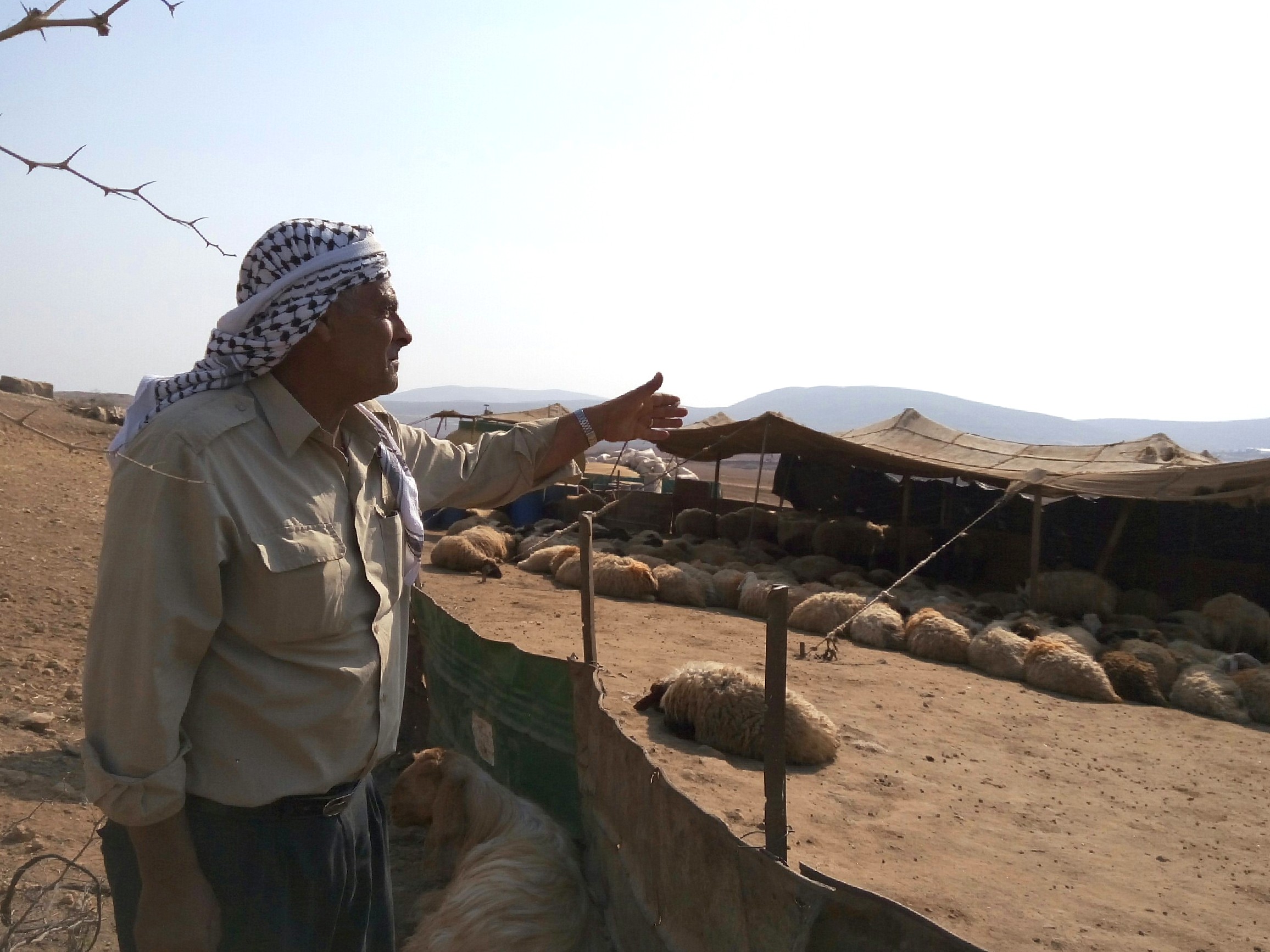 Apparently the army cameras followed our long potholed trip, and some minutes after we arrived at Khalat Makhoul an army jeep stormed up, raising a cloud of dust, and unloading four armed combatants (men and women), equipped with bullet-proof vests, sights, and communication devices as befit an urgent operation. They photographed the vehicle, but deciphering the photo is already another story.

They claimed we were driving “out in the open” – true, no signs forbids it. To our surprise, however, we came to the Jordan Valley from the direction of Toubas and Tyassir checkpoint, namely from Area A – opposite to the direction of travel viewed by the cameras. IN addition e were informed that in our vehicle five persons were perceived, as if the cameras had been traffic supervisors. After some argument, they wished to inspect the vehicle. Expectedly, no weapons were found. Our homeland is safe. At Umm Gamal workers came to install lighting posts on the nearby road after a fatal accident had taken place there, in which a settler was killed and three Palestinians injured, members of a single family. The work foreman, a Jew, said he knows the area well, that the Palestinians are better than the Jews who only yell at him when he disturbs their peace. Anyway, he said that the electric installation is not done out of sympathy for the local inhabitants, but now perhaps the tent dwellers will also gain some light at nightfall.