Blocked to Palestinians – Denial of access to land and heritage sites Al Khader, west of Road 60 | Machsomwatch
Skip to main content
Back to reports search page

Blocked to Palestinians – Denial of access to land and heritage sites Al Khader, west of Road 60 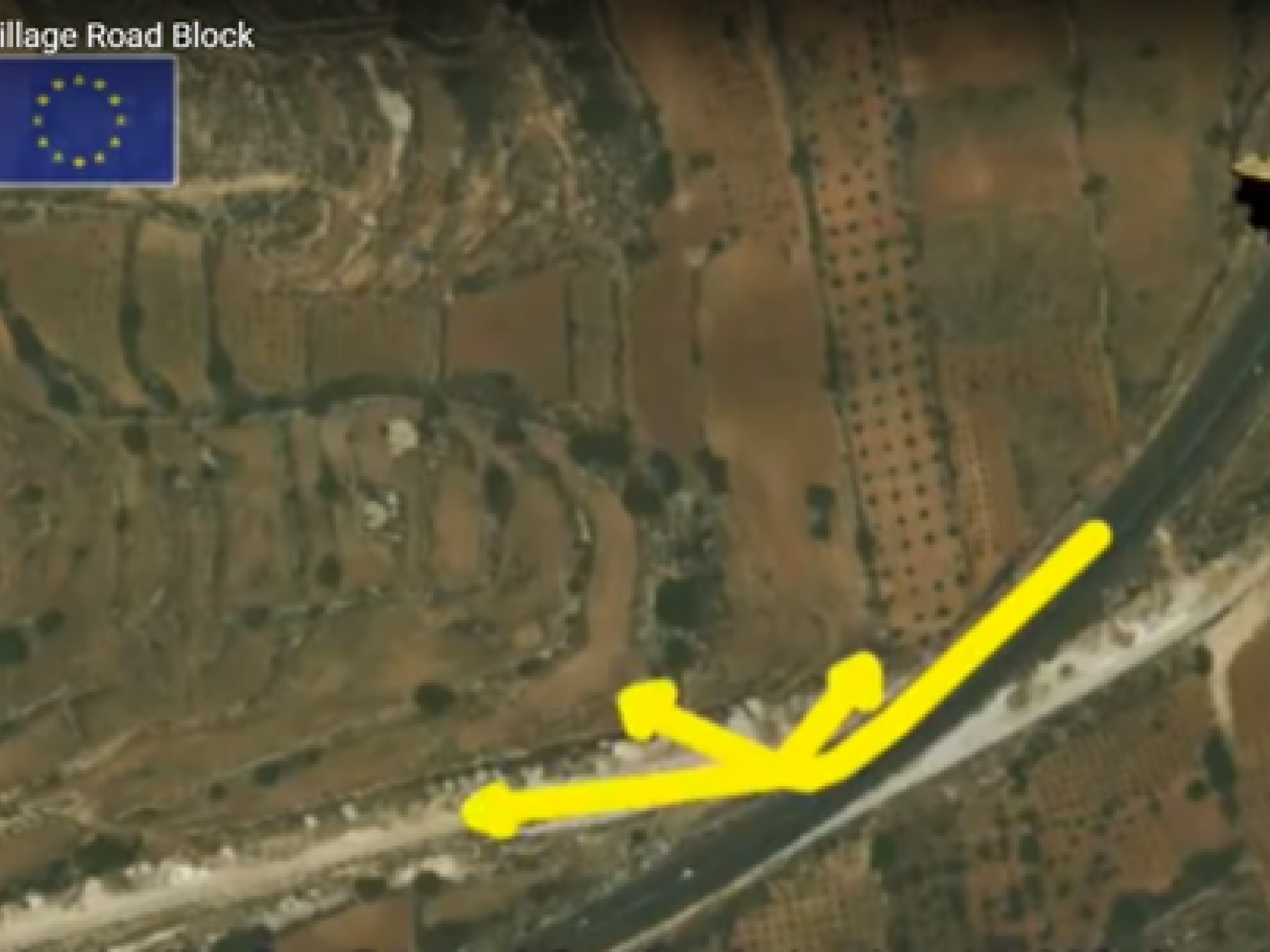 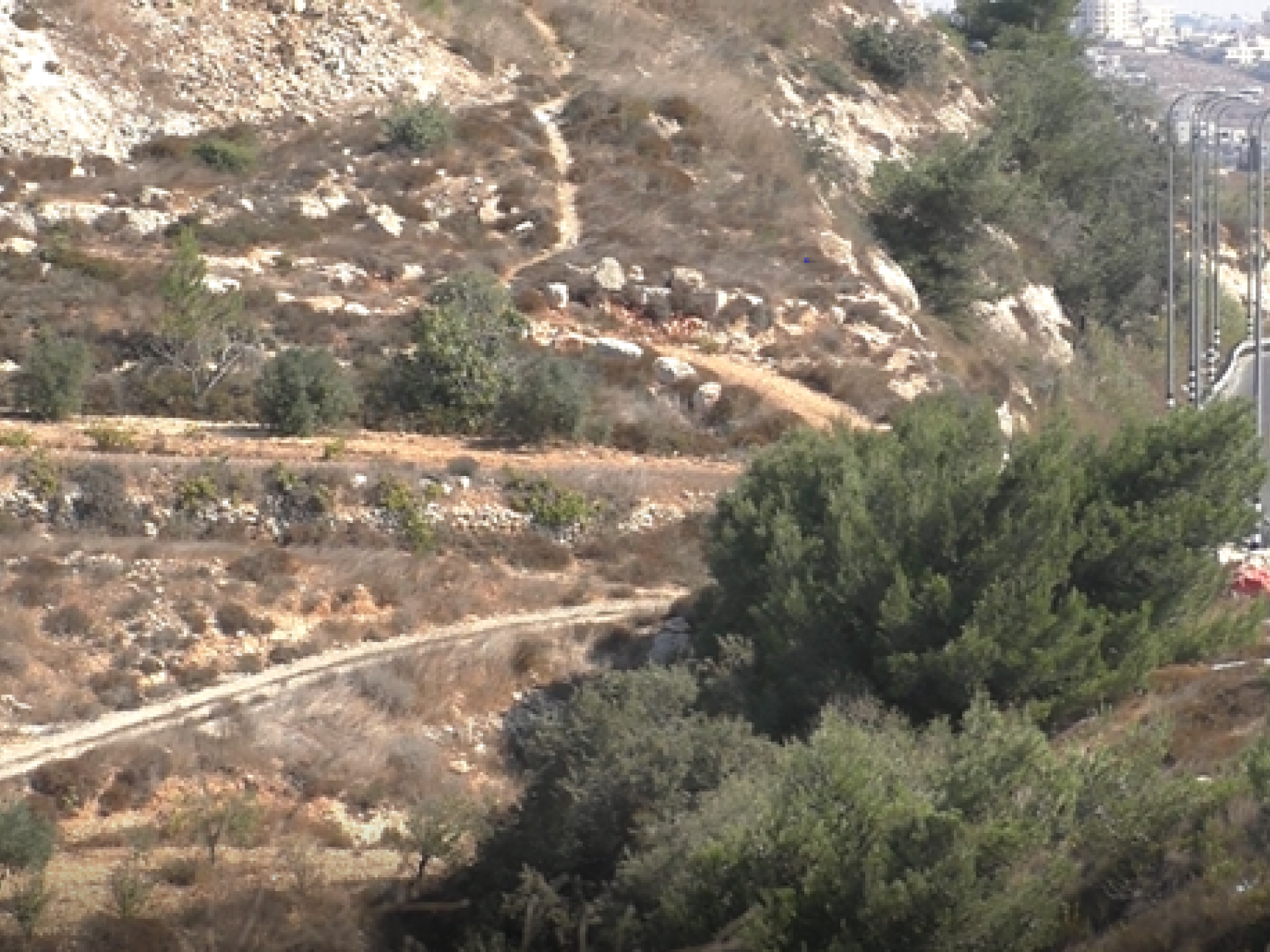 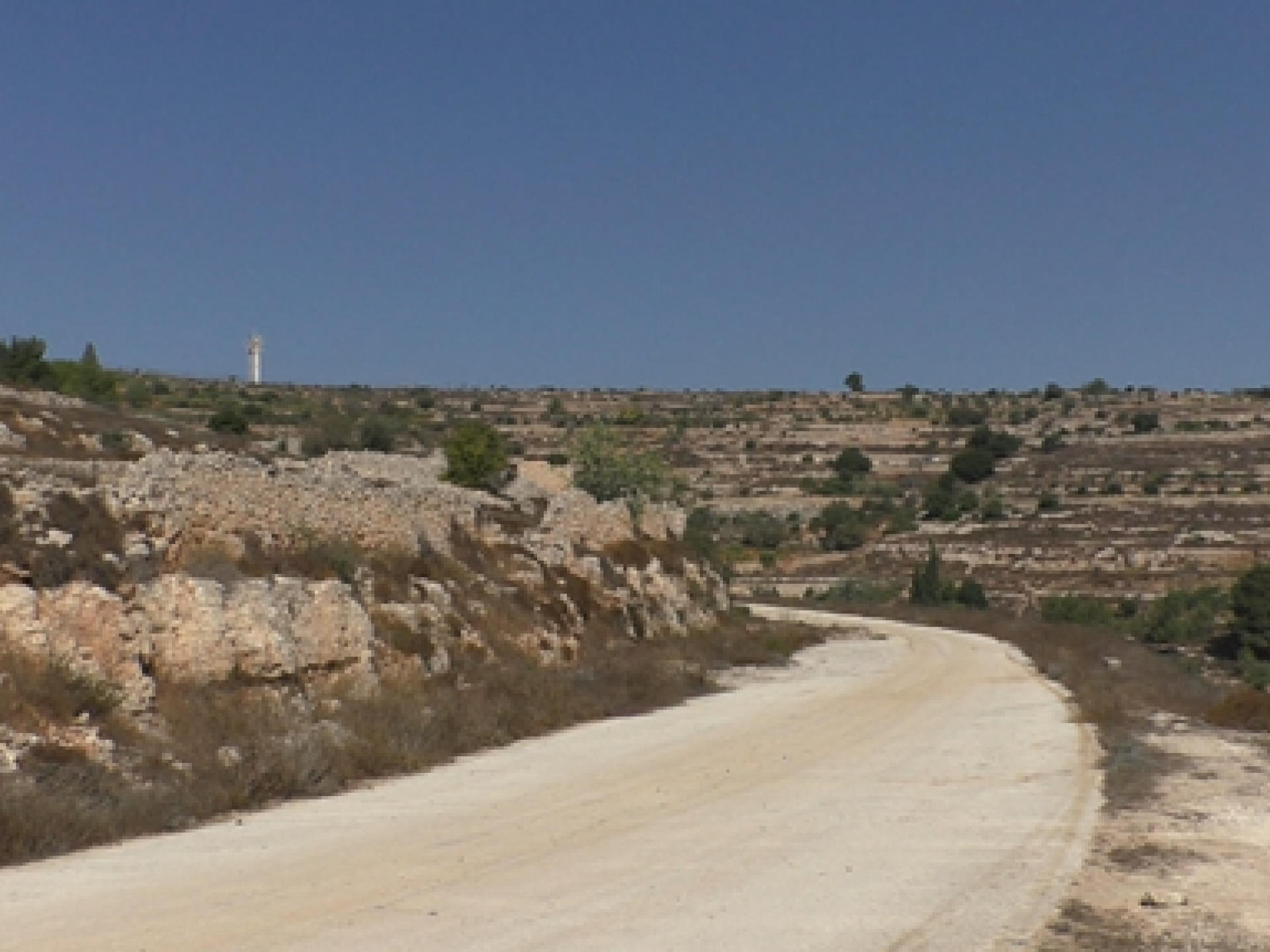 The old road 60 flanked on both sides by Al Khader lands.  On top, the water tower of the Jewish settler-colony Neve Daniel 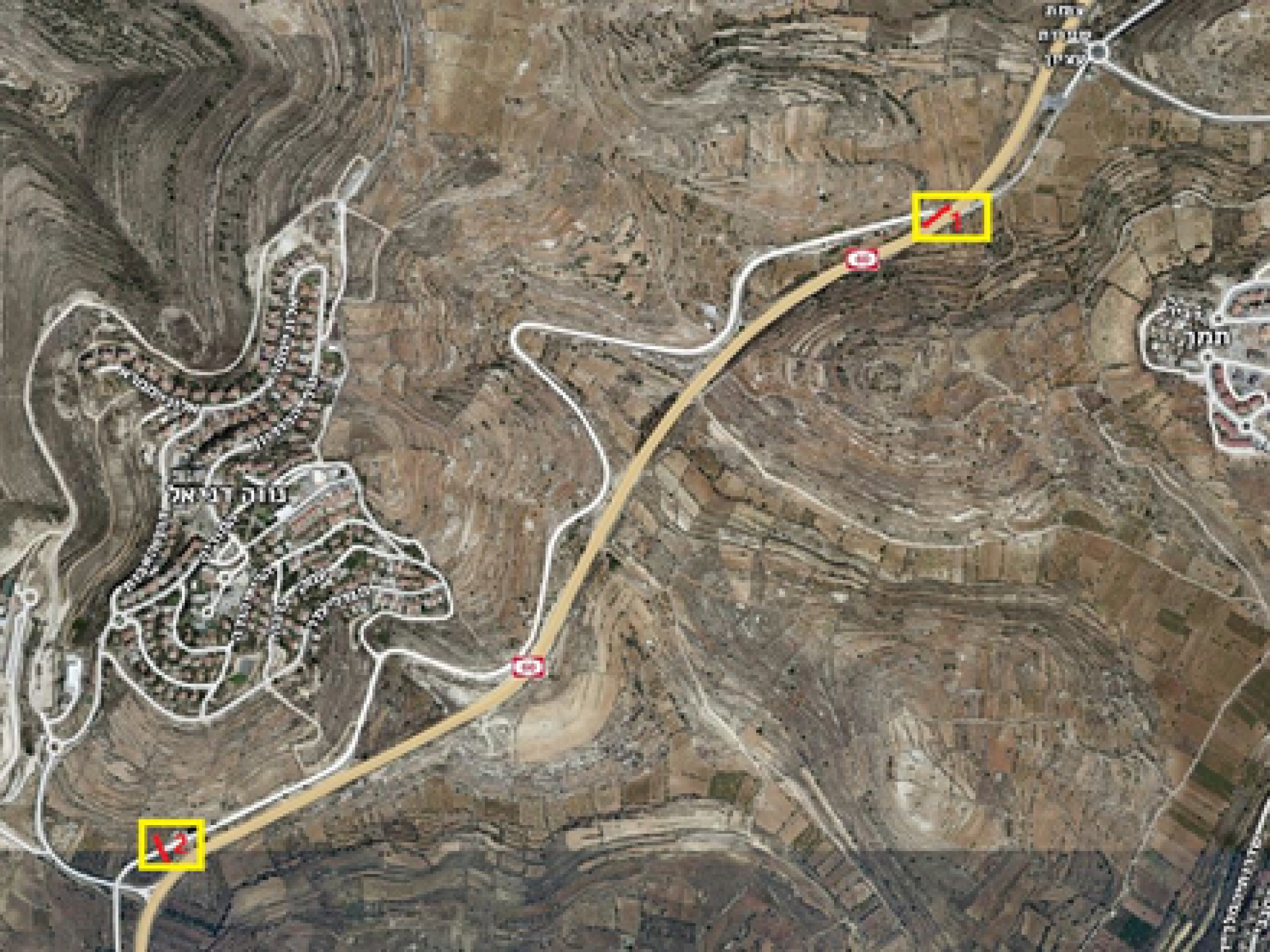 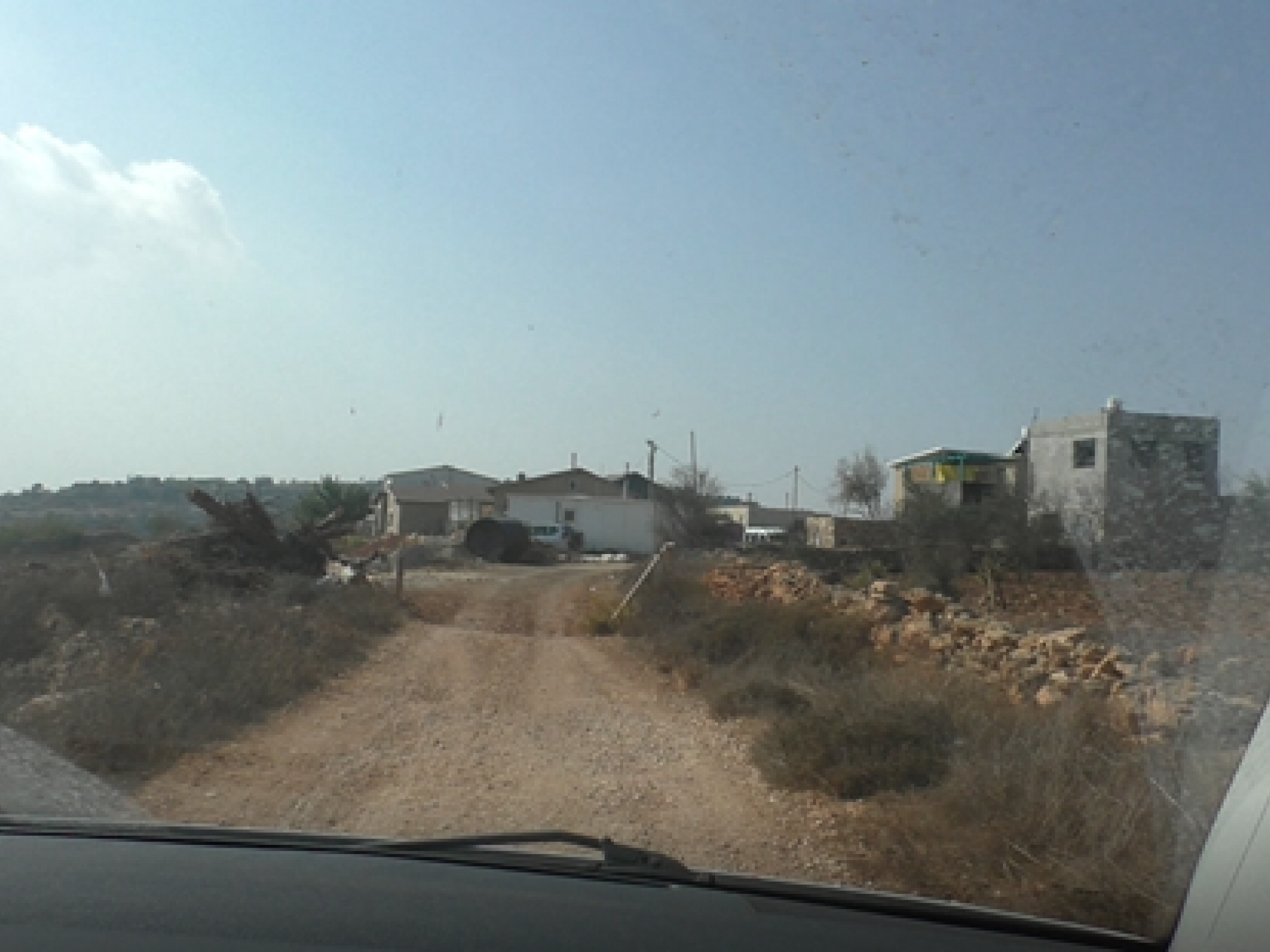 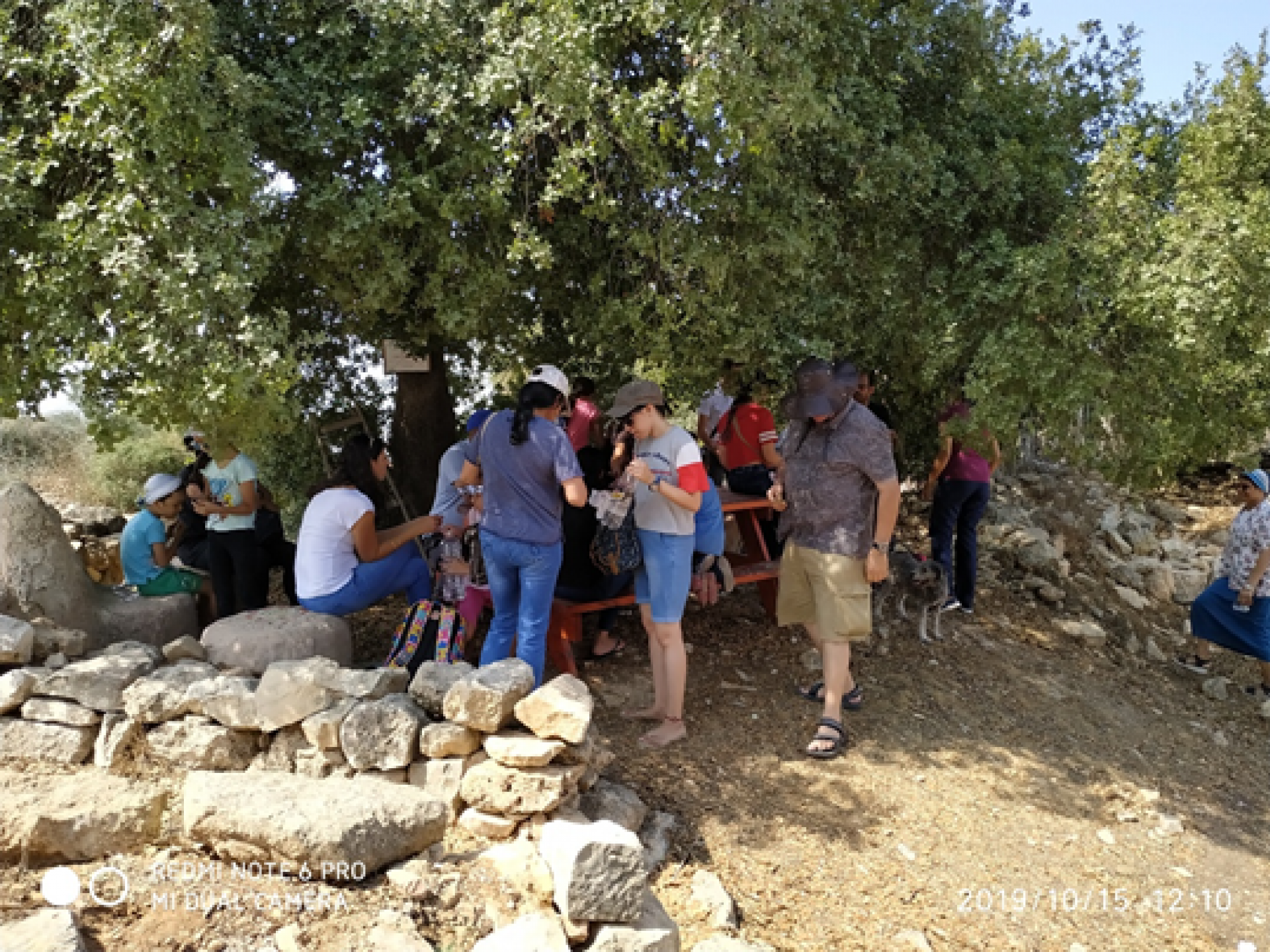 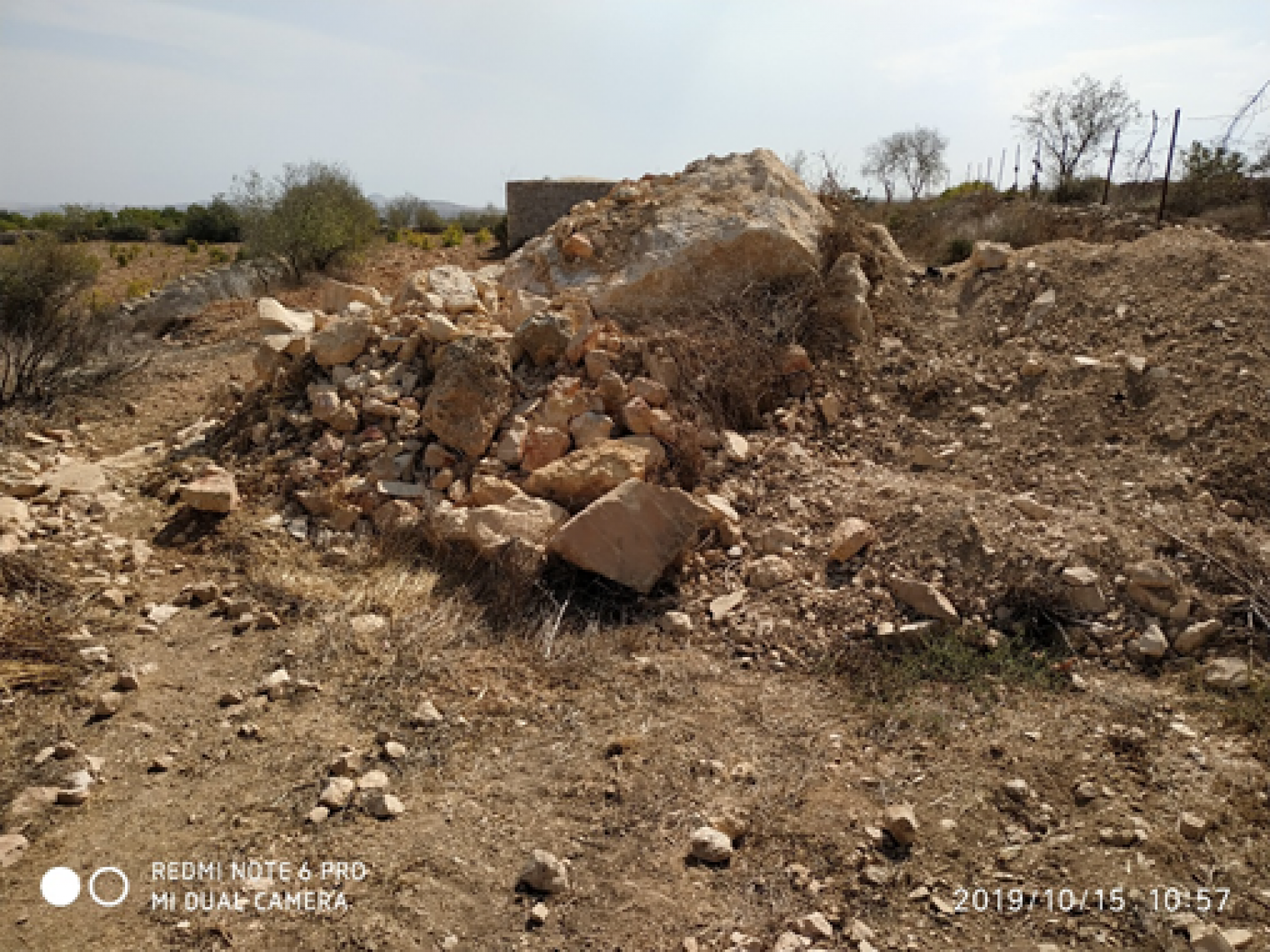 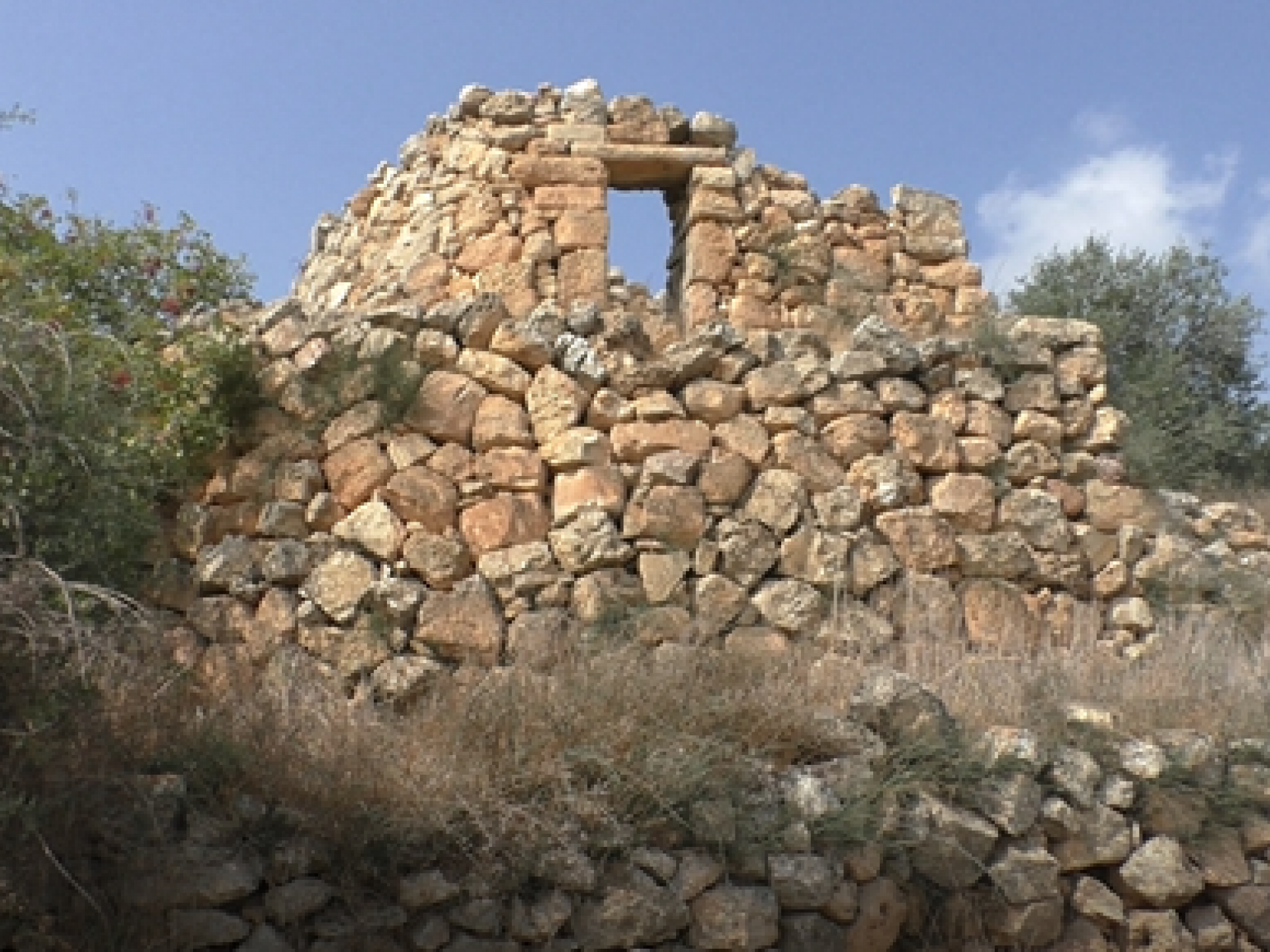 The Al Khader area west of road 60 looks as though time has stood still. Fig trees, olive groves and especially vineyards are separated by stone terraces into smaller plots. Old agricultural watchtowers are impressive in their structure and size, and small stone structures are seen, some domed. Throughout the area, amidst stones and rocks we see ceramic shards of different periods, a fact that shows this land has been tended for generations. Wondering among the farming plots, structures and ancient watchtowers leaves a strong impression of a farming culture that is vanishing. The few inhabitants there are stubbornly trying to hold on to the place in spite of all the difficulties and severe limitations imposed by the Israeli occupation. In a previous visit we were told that the house owners are forbidden to stay there at night. Doors are pulled out and they get frequent nightly visits. Access to this area is limited from the east by road 60, from the north by road 375 and from south and east by the Jewish settler-colonies of the Etzyon bloc. In the center of this area, upon an ancient Roman road also called (by Israelis) ‘Way of the Forefathers’ that used to connect Jerusalem and Hebron, is an illegal outpost built on lands belonging to Al Khader villagers. Its residents call it Sede Boaz. It is unnamed on Google, but the road crossing it from Neve Daniel (settler-colony) and northward to road 375 is indeed named Sede Boaz. The Etzyon bloc website calls this outpost “Neve Daniel North”, as if it is an outshoot of the settler-colony itself.

Quite poetically they write: The neighborhood named Neve Daniel North is situated upon the historical Way of the Forefathers that leads from the ancient fields of Bethlehem – where Boaz and Ruth resided – to Jerusalem.

The remnants of the old road 60 connecting Jerusalem and Hebron may still be seen on the ground. As the new road 60 was paved, Palestinian farmers were allowed only limited access to their lands, but there remained two spots where they could enter old road 60 and the tracks forking out of it. Now one of the tracks is blocked by the metal road banister and boulders, and the other by a checkpoint gate.

The only way to climb up to the farmland now is either on foot or donkey. One must park one’s car or wait for transport on the other side of this thoroughfare. Thus, every morning and evening, even children living around here must walk down a goat trail to the bustling road, cross it at risk and board their school bus.

We were told that the road was blocked in 2018, and that Al Khader villagers demonstrated in protest. In the video on the web Mahmoud Issa, member of the Al Khader council, speaks of a barrier at the Al Sawana area in April 2013: https://www.youtube.com/watch?v=Zx9Q_iYjT4I

“Access to 5,000 dunams of farmland (plum trees and olive groves) were blocked prior to the harvest season and caused the Palestinian farmers heavy damages. The only access to the area was blocked for them. The Israeli DCO claimed that this was done by instruction of the Israeli Ministry of Transportation in order to prevent accidents with the farmers’ vehicles crossing the road.”

The attached map shows that barrier 1 blocking the new road 60 is physical and permanent. The separation fence along the roadside prevents passage, and is further blocked with concrete slabs and earth dykes. Barrier 2 is a metal arm. We saw the checkpoint manned several times. Next to it is a Palestinian structure, deserted. This may be used by the army-police unit guarding this road.

On a map we did see another way to get to the farmland, through a tunnel crossing under road 375. From there we turned east on a dirt track and went south towards Nebi Danil and the nearby farmlands. Alongside the road are stone houses and plots with vines and olive trees. Further on are the houses of the illegal Israeli outpost. Clearly the Palestinian may not enter it.

The Etzyon bloc’s website recommends a hiking trip passing along the Way of the Forefathers through Neve Daniel and Sede Boaz: “One may continue along the red-marked trail, cross Neve Daniel, walk towards ‘Nabi Danil’, a sheikh’s tomb whose sanctity is indicated by the ancient oak trees at the site. The path continues northward to Sede Boaz, an outpost north of Neve Daniel, and one may also turn from this track to En Al Kasis.”

Upon arrival to the maqam of Nabi Danil we found a group of Israelis who were using the Sukkoth holiday to visit the beautiful oak trees on the road from the settler-colony to the outpost. One of the group members is a resident of Neve Daniel, and the others come from different places in the country.

There are traces of development around the maqam – a park is being created next to it with breathtaking view and signs of intention to expand the road from the settler-colony.

We turned towards the farmlands, where we first met S. – one of the Palestinian farmers – in June. We ran into a large earth barrier that had not been there when we last visited the place. S. resides in Sushhala, a group of stone houses in the southern part of this area. His grandfather owns the land on which Neve Daniel was built and the nearby stone houses belonged to the family. Now they are now allowed to live there.

Al-Khadr served as transit from Bethlehem to Route 60. A dirt mound prevent vehicular traffic from and to Bethlehem from the west. A small market developed there. Taxi ranks were on both sides of the obstruction. It was replaced by a similar obstruction at Al Nashash which has recently been removed and thus the way from Bethlehem to Hebron through Route 60 is now free.