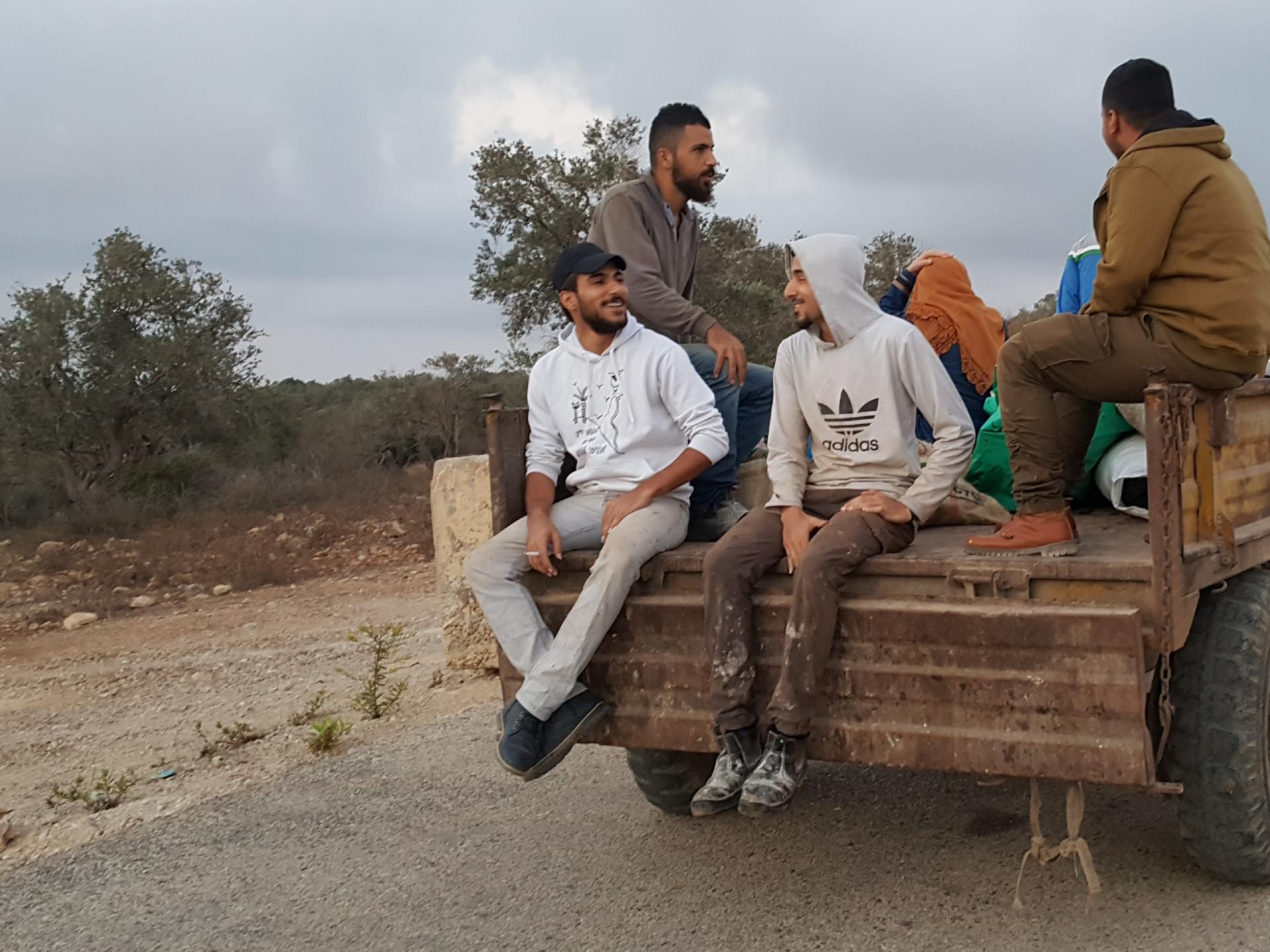 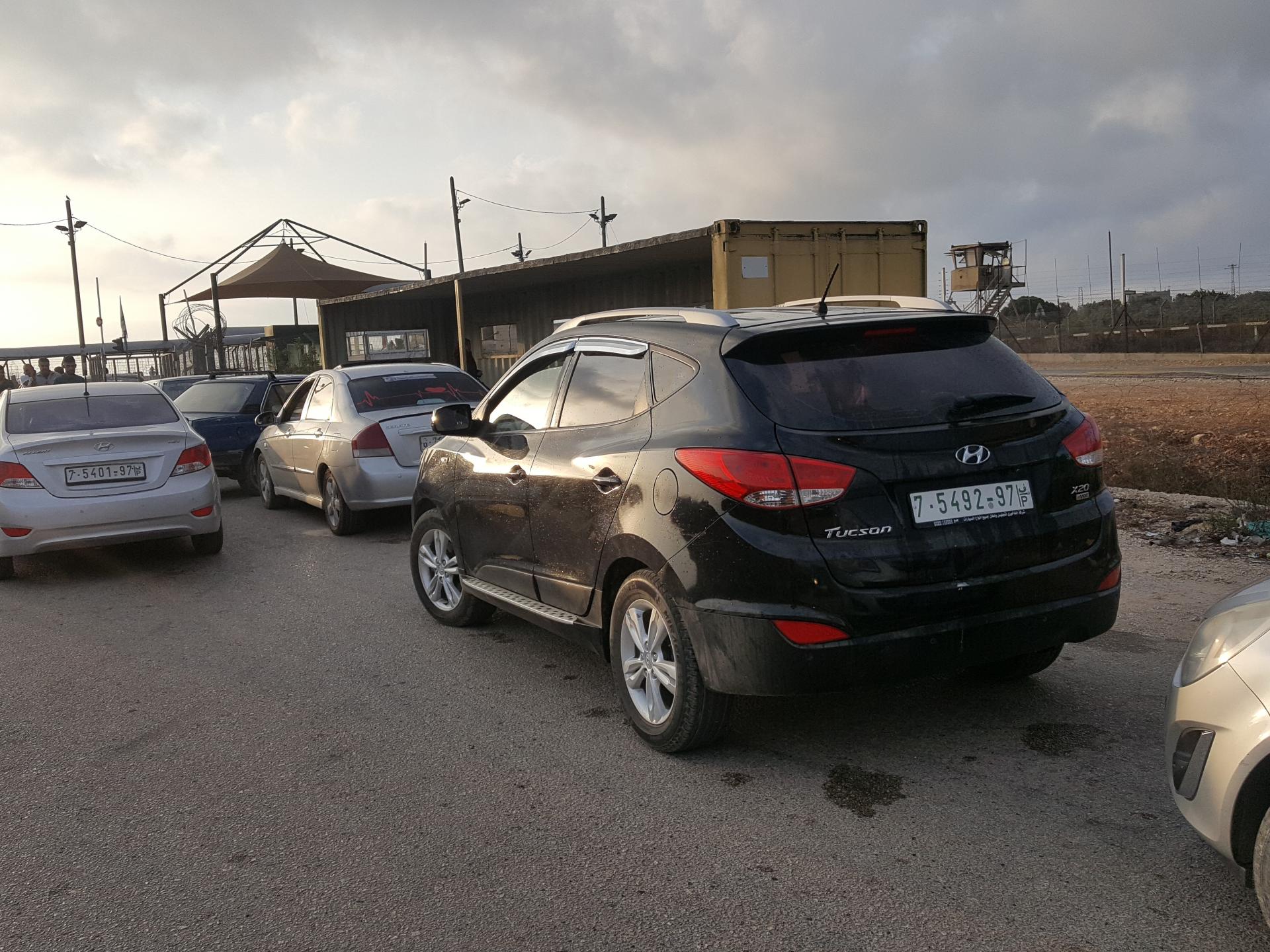 The soldiers arrive 5 minutes early and open the gates

. Passage is quick. One man passing says there are about 70 people waiting. The woman owner of an olive grove at the bottom of the hill arrives smiling on her donkey. Next to her walks a young man, they both have sticks, ready for the olive picking. Another young man on a donkey also aims down the slope – maybe to the same plot? Another young man complains about the ‘fashion police’ (the soldiers determine, according to dress, who is a farmer and who is going to town). Apparently this morning this is not in force. Someone tells us that this year’s crop is poor, over the fence [border?] it is a bit better, but the oil will be very expensive. People smile, a grandmother passes with her granddaughter, a grandfather with a little boy, women and young fellows travel in a tractor-drawn wagon.

06.55. The D.C.O. vehicle departs, the soldiers moving to a different position, more people arrive, three Border Patrol cars emerge from the checkpoint area, we do not wait until closing time (07.30), and proceed to Tura.

An unusual sight here at this checkpoint: a group of young pupils wait in front of the pedestrian crossing point, cars are waiting to pass towards the West Bank, and on the other side of the crossing point dozens of people wait to pass to the seamline zone. Before there can be an angry outburst, a man and woman soldier of Military Police come out to the checkpoint gate.  The woman soldier politely explains that there has been a hitch – the generator is not working and the spikes on the road do not go down. As far as I can recall, this is the first time I have seen soldiers explaining, on their own initiative, to the Palestinians what is happening. Their behavior contributed greatly the calm atmosphere in spite of the delay and coming to work late that could be expected. We asked about the children who were being delayed. The soldier said she was waiting for an answer on the telephone.

07.25.The children passed quickly, pedestrians passed to the seamline zone without going through the checking building. Checking was done by hand, quickly.

A complaint we heard from all those waiting (without connection to this morning’s complication)  was that lately the checkpoint has been opening at 07.00 and not at 06.30.

One man wishes peace for everyone - for Israelis, for Palestinians, for the whole world. Amen.