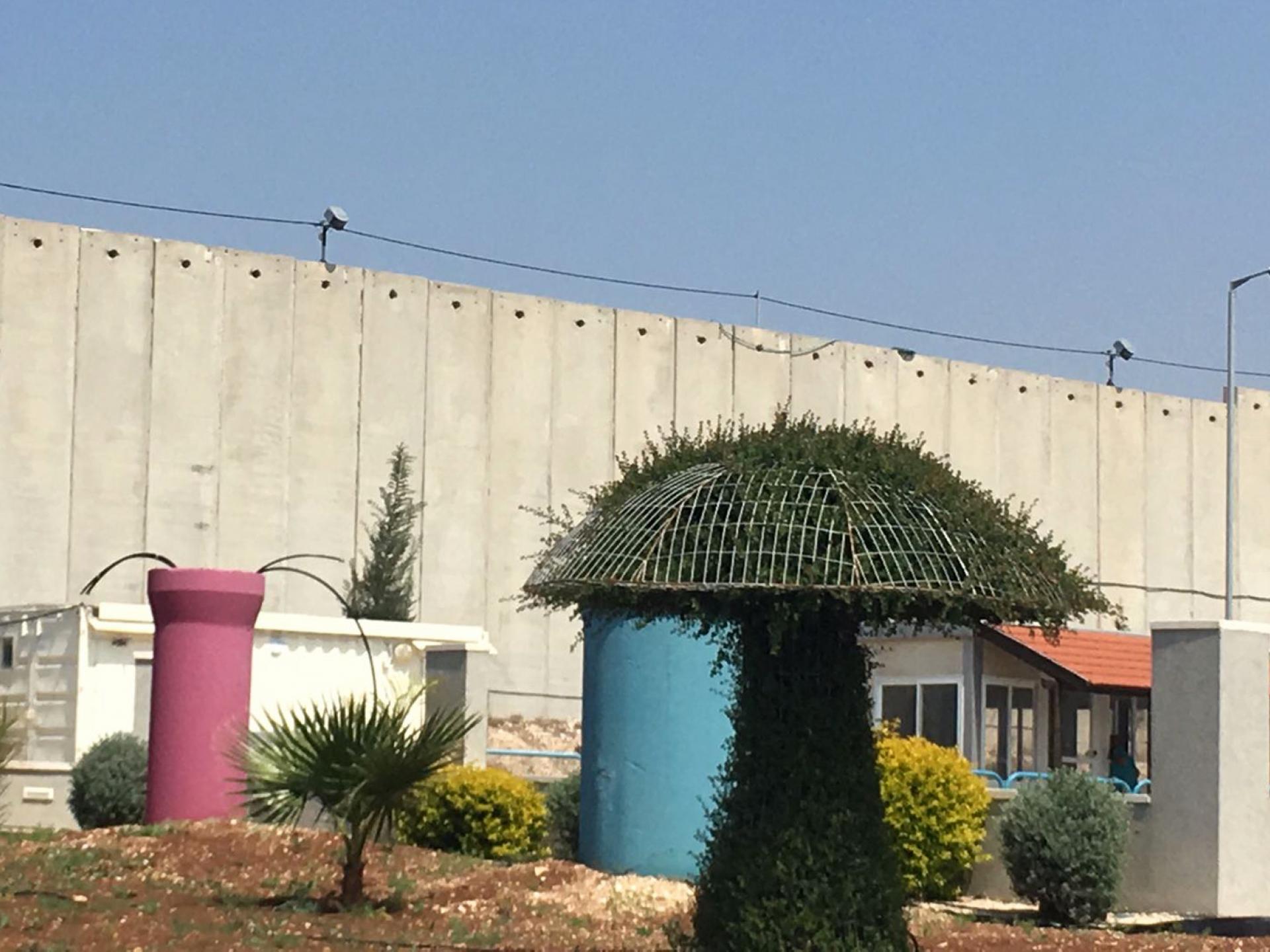 We were supposed to do our regular shift: at Yaabed Checkpoint, where the soldiers warned us about terrorist attacks, at Barta'a Checkpoint, which is crowded with cars and workers returning from construction in the city of Harish, and the sleepy Tura Checkpoint, which occasionally holds unpleasant surprises, such as having to call the Liaison and Coordination Administration to arrange for the transport of two chairs.

However, Amjad, Mari's father, asked to meet us at Jalameh to tell us what had happened to him that morning. Our car was loaded with bags of used clothing and toys for his family, so we went to Jalameh instead.

At 05:30 that morning Amjad and his 11-1/2-year-old disabled daughter arrived at the Jalameh Checkpoint. They were on their way to a routine visit to Sheba Hospital, with the help of a volunteer from "The Road to Recovery," for treatment following complications after numerous operations that Mari had undergone. Her older sister was injured in a serious accident in August 2016 and is being treated at Mukasad Hospital in East Jerusalem. Amjad has a special permit to enter Israel nine times each month for these treatments. This morning it became evident that the quota of entries had been used up. He was told that he could not cross and was ordered to go to the Liaison and Coordination Administration. His letter stating that he had an appointment at Sheba Hospital at 08:00 did not help. When we called him to arrange a meeting to give him the bags of toys and clothing, we were unaware of what had happened. He was extremely agitated but wanted us to think that everything was all right and that he had a new permit.

We arrived at the entrance to the terminal at Jalameh at 11:30. Many workers returning from work in Israel were already there. Most of them work in agriculture. To our surprise, we learned that the free crossing to the West Bank, which bypasses the terminal had been cancelled, and whoever was returning to the West Bank had to go through the only turnstile that serves people going in both directions. The turnstile was blocked and no one came out. We asked them loudly to open it.  A woman shouted back: "Don't you know how to wait patiently?" After some time about ten workers entered and were asked to wait in line. Why did people have to wait in line on their way home?  We wondered if this was because of us. We went in to see what was going on. Amjad was already inside and they had opened the gate next to the turnstile to let Mari through.

We drove to the Amara restaurant at Ein Harod junction to calm down. Elia, who constantly deals with eliminating bans to enter Israel, got to know another long-suffering family and was charmed by Mari. We spent a pleasant hour enjoying the view of Mount Gilboa. When we returned to the checkpoint, we learned that the workers had helped Amjad and Mari get through with the bags in the shorter car lane. Mari was given another appointment at Sheba Hospital for the next week.