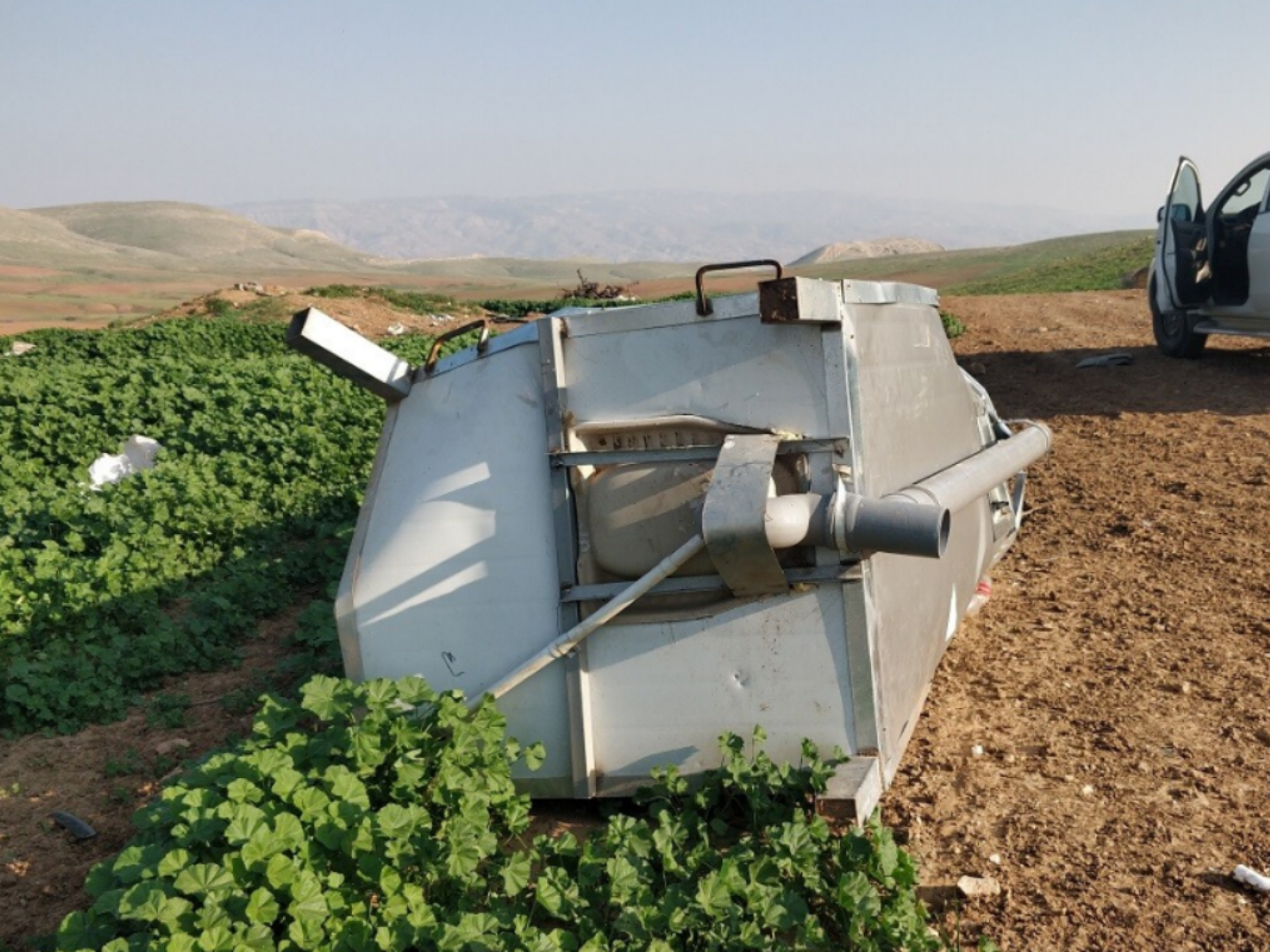 Humsa: Souvenir from the ruins - field services dumped in the field

Photographer:
Daphne Banai
From the ruins marks in Homsa: A field service facility drop on the ground 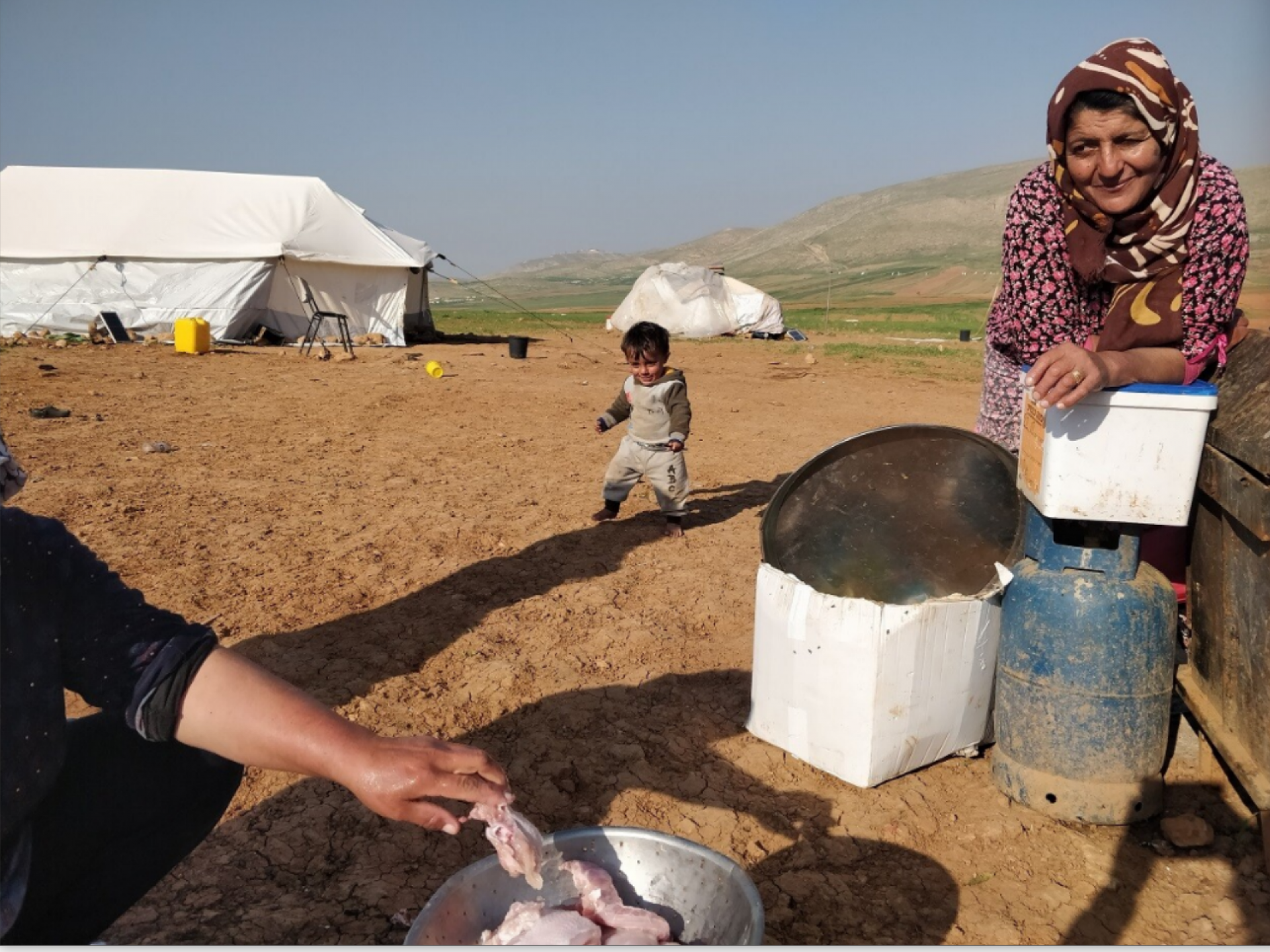 Homsa: Fortunately there is an option to cook outside

Photographer:
Daphna Jung
After the ruins in Homsa, in the absence of a real kitchen tent, the women prefer to cook outside 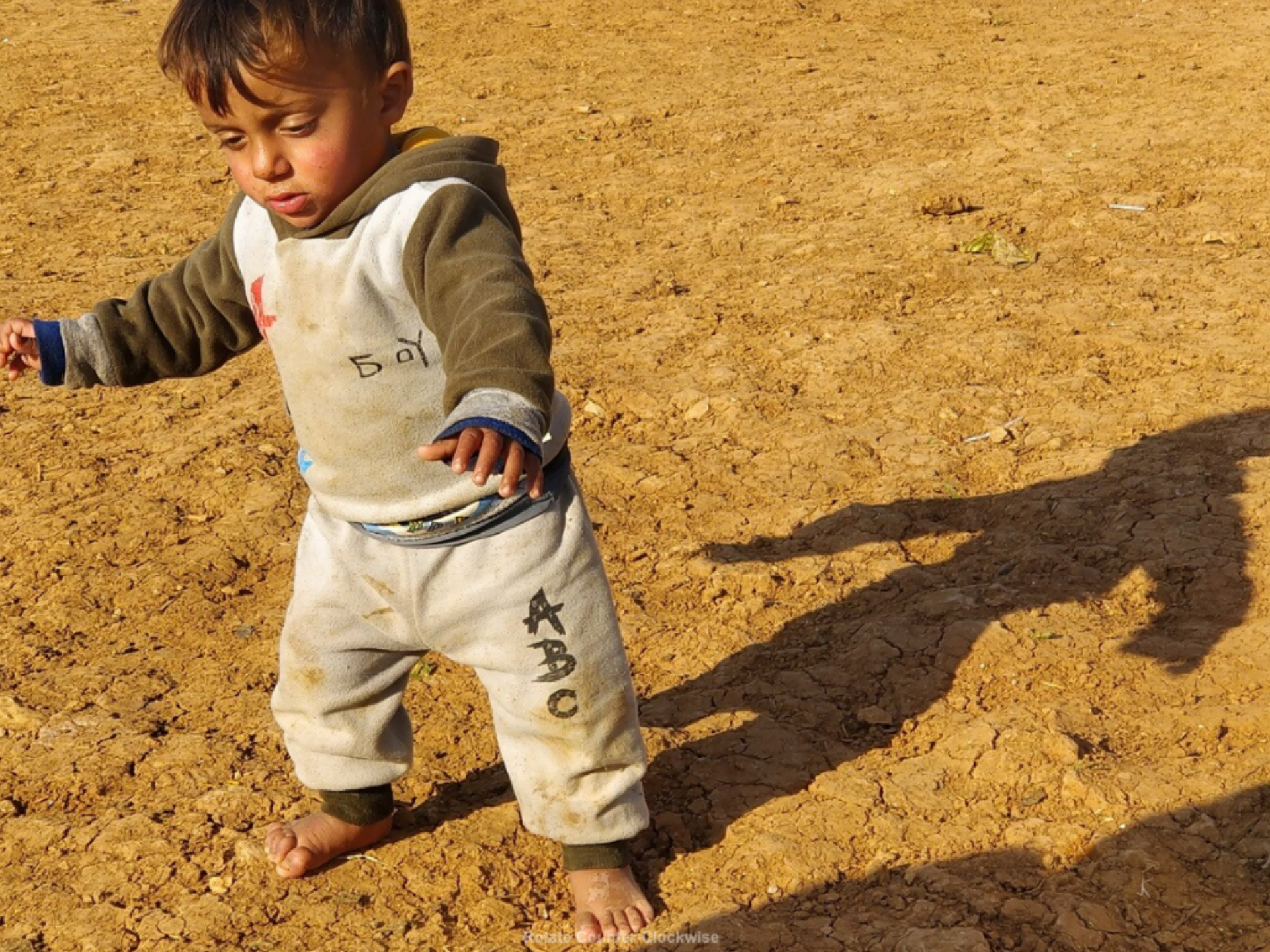 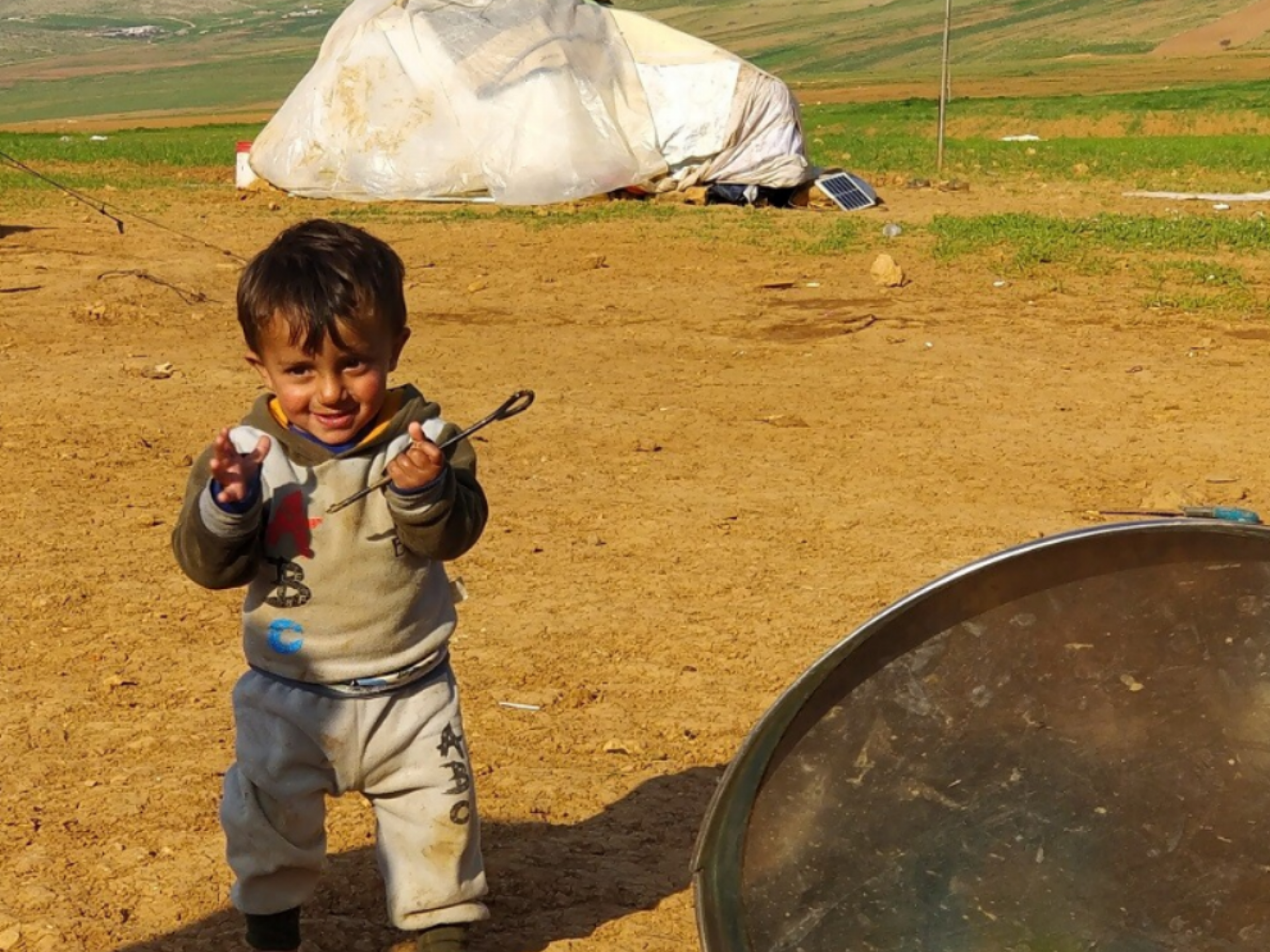 Humsa: Look, Mom, what did I find?

Humsa – Palestinian Jordan Valley
February 15, 2021
We began our day with a visit to Abu Saker in Al Hadidiya to catch up. Beside the political review he gave, he asked how Yifat Doron was doing and relayed his invitation to visit when she got out of jail (for slapping the army prosecutor at Ofer military court).

On the main track stood an army jeep, its soldiers stopping any vehicle that tried to reach Humsa. A male and a female soldier took out everything from my car, looking for construction materials, nylon sheets etc. They even wanted to confiscated the toys that someone donated for the children, but eventually let me have them.

Fatmah Awawda, the elderly mother, stands alone. Only a cloth pup tent is there. Everything else was confiscated. This single tent lets in water and will not protect them from the approaching storm. Another corner covered with plastic sheeting serves as her kitchen. “Your kingdom” I say, and for the first time during this awful business she laughs. 2 solar panels the size of a floor tile serve for night illumination. Two hours of light. Her children are in Furush Beit Dajan because they go to school there. 2 days ago her two sons were home, 14- and 15-years-old. Her 10-year-old daughter has not been back to Humsa since the November demolition. Fatmah says she has bad nightmares and is afraid to come back. Not even to visit.

I asked her about the army jeep we saw, and she said that recently it’s been there all the time and the soldiers keep checking. They leave at night but are back mornings, entering every encampment and making sure no one smuggled in some plastic sheeting or other.

Nidam also has only a cloth pup tent that is not watertight, and another small tent that Jordan Valley activists brought after the last demolition. At least that one is watertight. The Red Cross was touring the place while we were there.

Kharbi has two pup tents that let in water, and a roofless sheep pen, that should house 15 persons (his and his brother’s families). The children were excited about the toys we brought, and only refused to take a sword that a friend of ours had sent.

Everyone speaks about the approaching storm, how they’ll protect themselves. One can feel the pressure. And indeed, what is going to happen?

(The next evening, before the storm, Palestinian activists brought them 5 tents in a truck. The Israeli army confiscated the truck with the tents before they even managed to unload them.

Our friends, activists in the Palestinian Jordan Valley, brought plastic sheet after the army left, to cover the tents. But it’s hardly conceivable that a storm of this force would spare such plastic bits. I spoke with Mohammad Awawda on Wednesday, in the midst of the storm. He sounded desperate. He said it was extremely cold and they were getting wet inside the tent. He concluded “in the eye of God”… Well, at least there is faith.)

We drove on to see and film the illegal outpost of Moshe near Hamra settler-colony. Moshe often attacks and violently chases away M., a young shepherd whose family has lived there for generations, and we accompany him to graze his flock. The outpost was erected about 3 months ago, and already has a paved access road and a water pipe and is growing outgrowths – a large tent near the water pools and another shed out on the ground.

The moment we arrived, and just remember – the outpost is illegal even by Israel’s apartheid laws – he came running and tried to force my cell phone away from me while pushing me and yelling at us to leave. Since I know the man is violent, Tzvia and I split immediately from this isolated spot. Moshe forced back my car’s side mirror and beat on the hood. We galloped after us on horseback, we accelerated and drove off.

On our way back, as always previously, it’s 5:30 p.m., when men are returning exhausted from their day’s work, and the checkpoint is active. The soldiers stop cars coming from the Palestinian Jordan Valley and lengthily inspect their IDs, open their trunks, even the car hoods. When a long waiting line of cars forms, they let them through uninspected, and then stop every car again for a thorough inspection. Everything’s arbitrary.