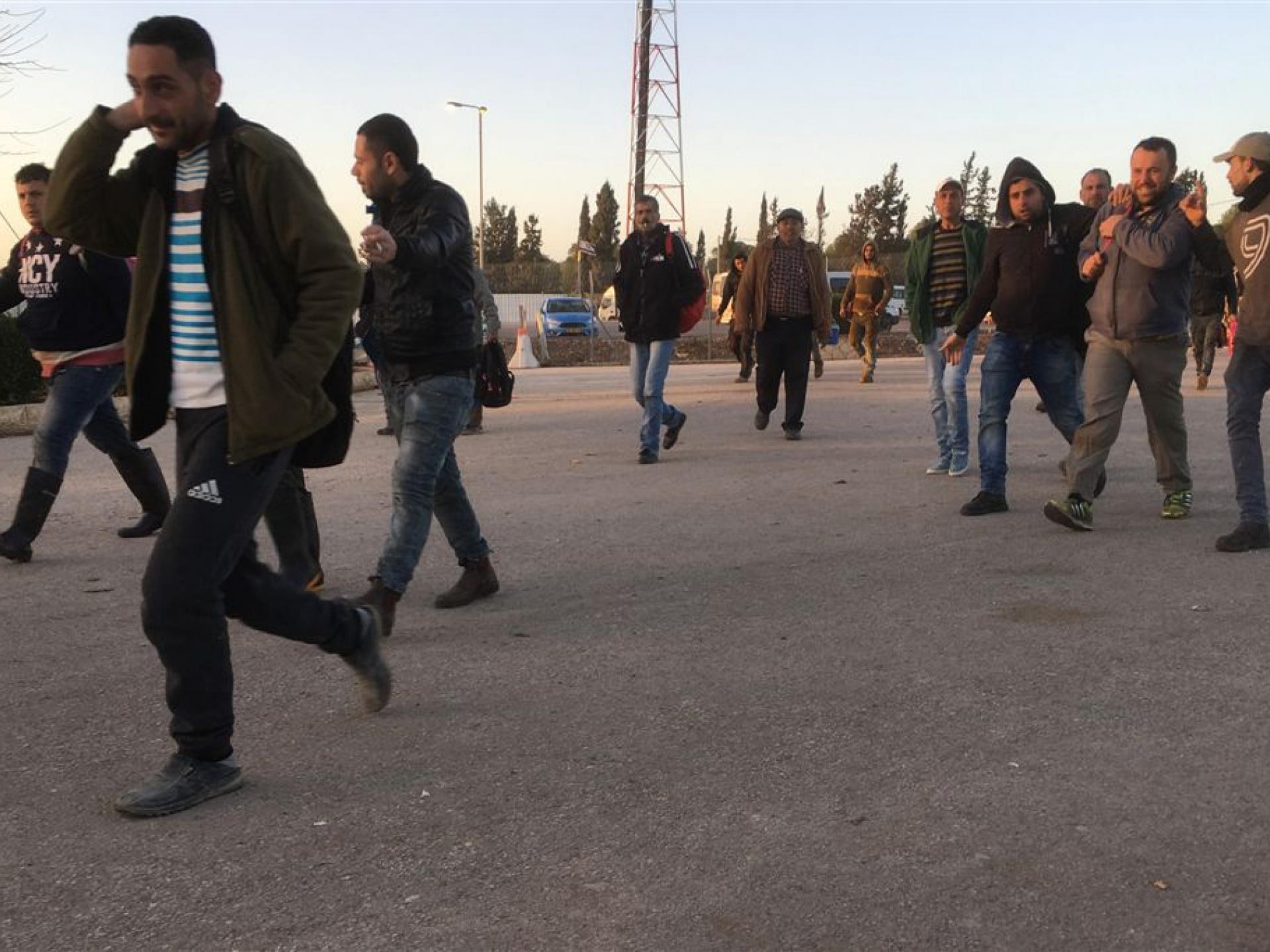 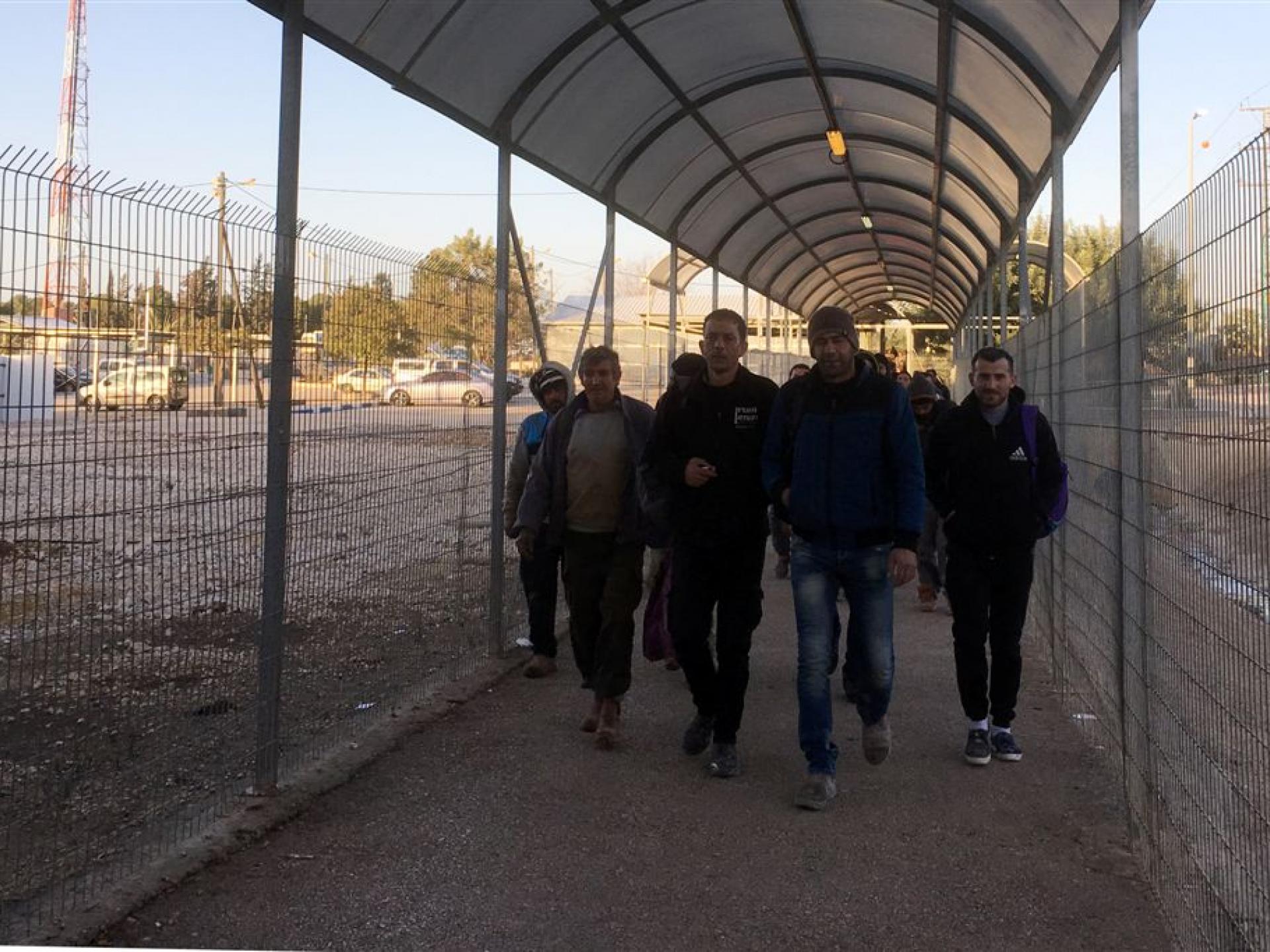 15.30. Many Israeli cars (only Israeli Arabs pass here, no Jews) returning from Jenin (business, purchases). This reminds one of the pressure and process at the airport. We enter the sleeve

and meet two young French backpackers. We ask how they found conditions at the checkpoint and they say there are no problems and that they passed within 5 minutes.

We walked towards the terminal and a security person approached us and said we could not pass the turnstile. Afterwards we checked how long it took for cars to pass towards Israel – 4 minutes. We chatted with those working the Jalmeh checkpoint who reported that it closes at 7 in the evening.

A farmer has nine sons but only one is allowed to pass to work the family’s olive grove.

16.10. Many people arrive3 from the Israel side towards the turnstile. The parking lot on the Israel side is full of buses which have returned workers to the checkpoint. Apparently all is calm.

G.,a young man from the village Yamoun, approaches us. He tells us that his father has 30 dunams of olives in the seamline zone, and to reach them he has to cross the checkpoint But of all his nine sons, only he has a permit to do so. We gave him Sylvia’s phone number in the hope that she could help.