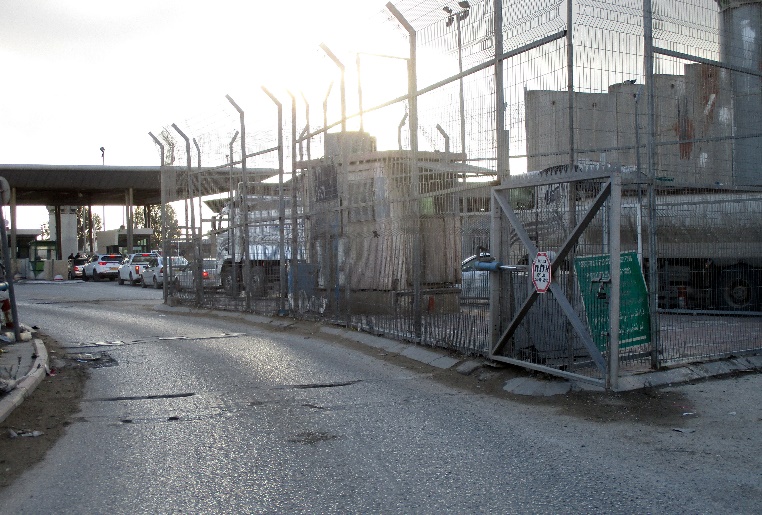 I no longer remember the names of all the Palestinians who walked into this death trap and were shot. Anyone familiar with Qalandiya Checkpoint knows it is not for pedestrians, strictly for vehicles. And if she doesn’t know? That’s her problem. His problem. Not ours.

I came looking for a sign saying pedestrians are forbidden here because I did not recall seeing one. I looked for it, and I found it. A green sign behind the fence, slightly hidden by the gate. I would not have seen this sign were I not looking for it specifically, certainly anyone unfamiliar with this checkpoint wouldn’t spot it. All of those who were shot and bled to death there did not see it.

And as in all of the cases that have been making up a long list – no one has been nor will be prosecuted for this. It is all whitewashed.

Since the X-ray machine was out of order, Palestinians were not admitted into the DCO offices. 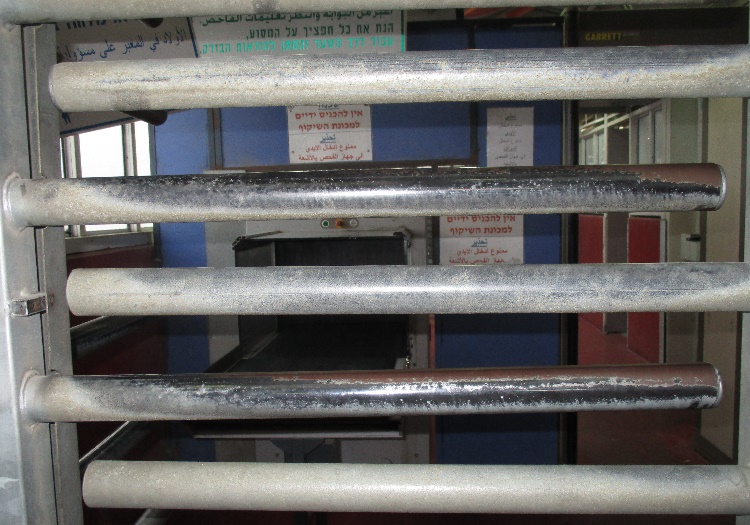 Whoever came continued standing there and waiting with their spark of optimism, because – they said – Captain Najib came along and told them to wait.

“Who is Captain Najib?” I asked. –“He is from the Shabak (Israeli General Security/Secret Services). Speaks Arabic really well.”

People who come here are those who cannot maintain a minimal life routine without being issued permits from those inside who are the visible arm of the invisible apparatus, one that has taught them endless patience.

Then a woman soldier announced that on account of the dysfunctional machine the passage has been closed off, they should come tomorrow, and if by then the machine is repaired they would be admitted. 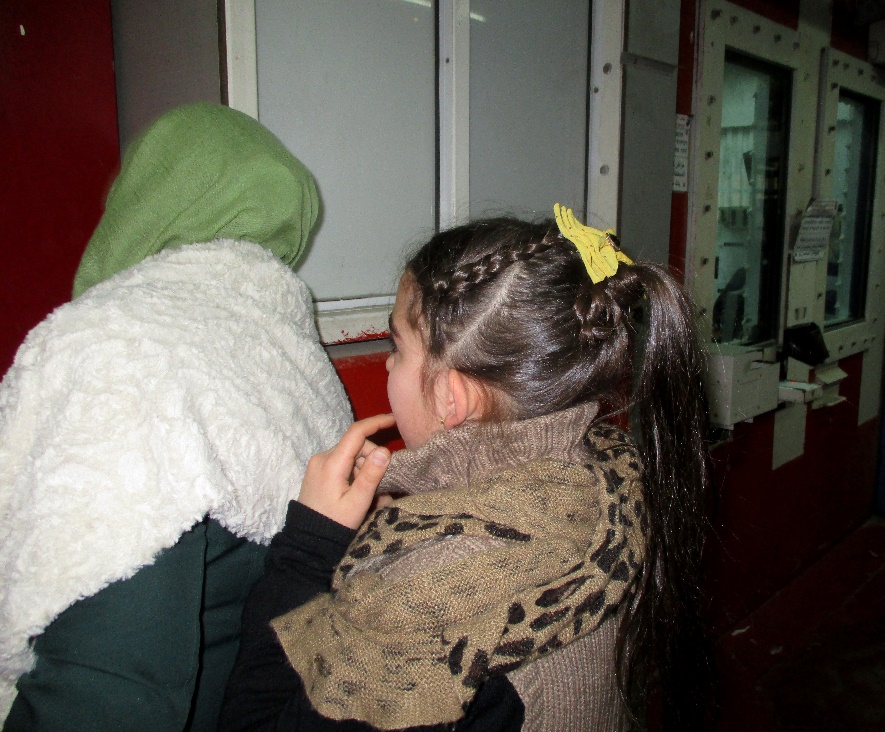 What was so suspicious about the 8-year old girl that required the reprimand, delay and holding her and her grandmother in the tiny side cubicle – “Enter that red door and wait for the policeman”… ?

The two – the 8-year old girl and her grandmother – were reprimanded and locked in, and waited.

The policeman came. The 8-year old girl and her grandmother were handed over like some goods from the army’s responsibility to that of the police, and were led to the police spot deep inside the checkpoint. “I must check that I don’t have ‘territories’ here” said the policeman, and checked. And no, he had no ‘territories’ there.

In other words, the policeman made sure they were Jerusalemites with a blue ID, and not residents of the Palestinian West Bank.

The 8-year old girl whose name is Insaf, just like her grandmother’s, did not make a single sound the whole time. But the fear in her face and tears in her eyes said everything her mouth didn’t.

The crime – according to the Israeli army and the police – is that the 8-year old girl had no birth certificate handy. Insaf forgot it at home in Abu Tor (Jerusalem neighborhood) when she joined her grandmother for a family visit in the West Bank. And any Palestinian knows – they know this as well – that without the original birth certificate a Palestinian child does not venture outside his/her home.

And as for the question what was so suspicious about an 8-year old girl that merited this, I heard that -
“This is the law. Here the law is like iron.”