Northern Checkpoints: The Occupation ticks itself along | Machsomwatch
Skip to main content
Back to reports search page

Northern Checkpoints: The Occupation ticks itself along 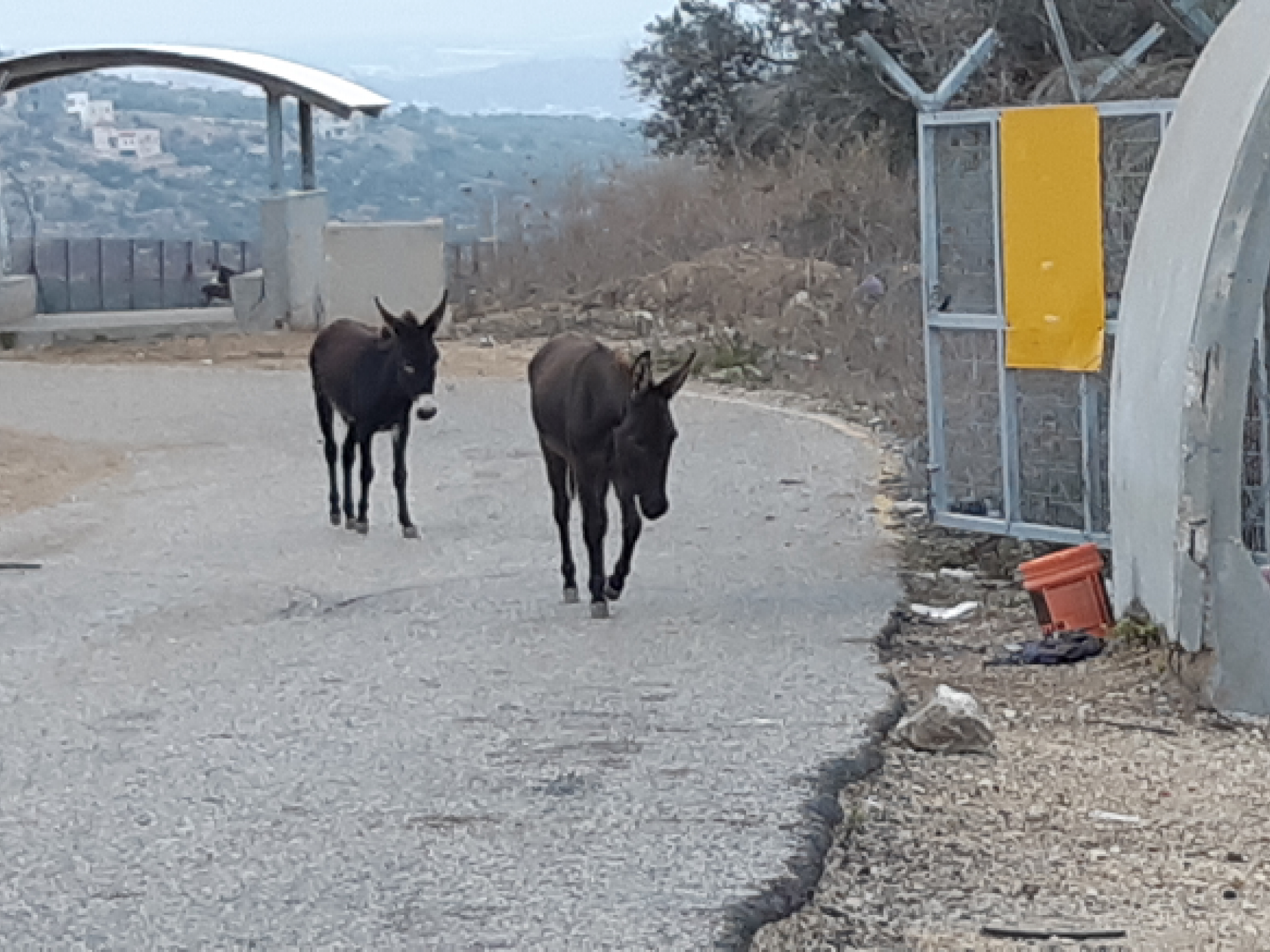 Anin Checkpoint: the gate open wide, probably not from this morning. This is the Israel “Defense” Froces and how they protect Israel.
Photo:
Shuli Bar

At the upper car-park, where Palestinian workers board their transports to work in Barta’a and in Israel, the morning hubbub has yet to begin. It’s quiet now.

The lower car-park, entrance to the Palestinian side of the checkpoint, is still rather empty. We watch people being swallowed into the new crossing installation (immediately reminiscent of a cattle corral) from where they will cross four turnstiles into the terminal. Passage is swift. Since this installation has been opened we have not heard of congestions in either direction. The morning riots at this checkpoint are apparently a thing of the past. Yes, the Occupation has become more efficient, ticking itself along. Let’s just not forget that the more efficient it gets, the worse it is both for Palestinians and for Jews.

This checkpoint looks completely deserted although it is opening time. The gate on our side is wide open, no sign of soldiers nor of the DCO vehicle, except for donkeys freely coming and going. A group of Aneen villagers is waiting down the road. No one answered the phone at the DCO all morning. At the brigade HQ a polite woman-soldier said “we’re not opening because of the rain”. Never mind that not a single drop of rain fell in the last few days, and until the writing of these lines a day later. The soldier also said that “people were notified, they know” about not opening the agricultural checkpoints of Aneen and Tayibe-Roumana.  With the help of a Palestinian friend we discovered that the Palestinian DCO received this notice from the Israelis and passed it on to the local councils, but these did not update the villagers, on their Facebook pages for instance, and people came to the checkpoint in vain. The olive harvest itself is already over, there were simply not too many olives this year.

The next morning (today) we had a phone call from Tayibe-Roumana Checkpoint. Where’s the army? Why is it closed? Why we were not notified? We suggested they call their local council and find out where the information got stuck along the way.

Few people exit the checkpoint towards the seam-line zone. Few students have already arrived to cross over to the other side, to go to their school in the Palestinian village of Toura. They say there’s a detained person at the checkpoint, a youngster who has no idea what he did wrong, and what he’s being held up for.

8 a.m.: a small espresso at the Amriha grocery shop, with the owner, to the sound of Quran verses from the TV on the wall. Short moments of illusion that peace is already here… 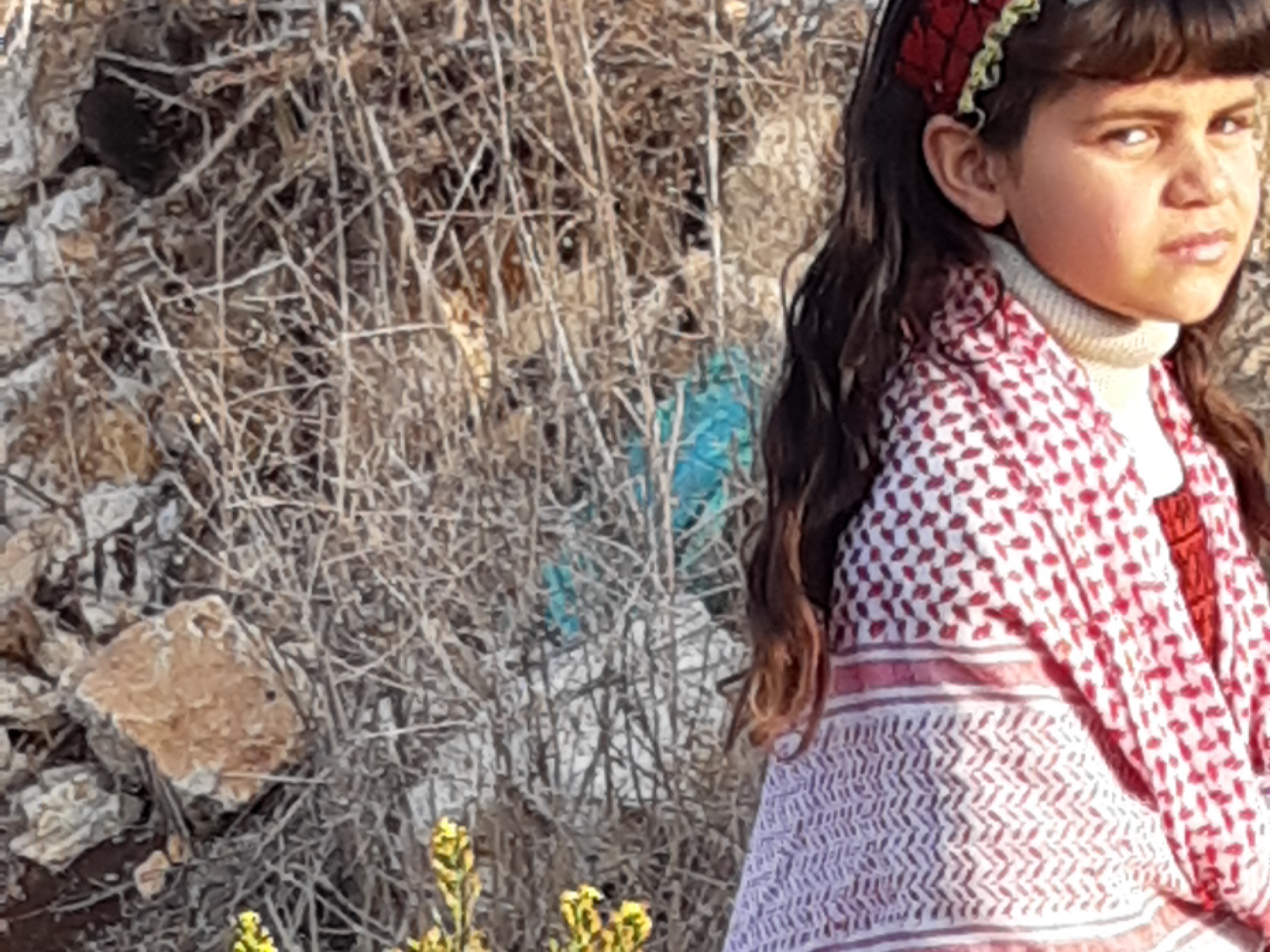 Tura checkpoint: A certain gaze. It’s always thrilling to how dressed up the little girls are on their way to school.
Photo:
Shuli Bar 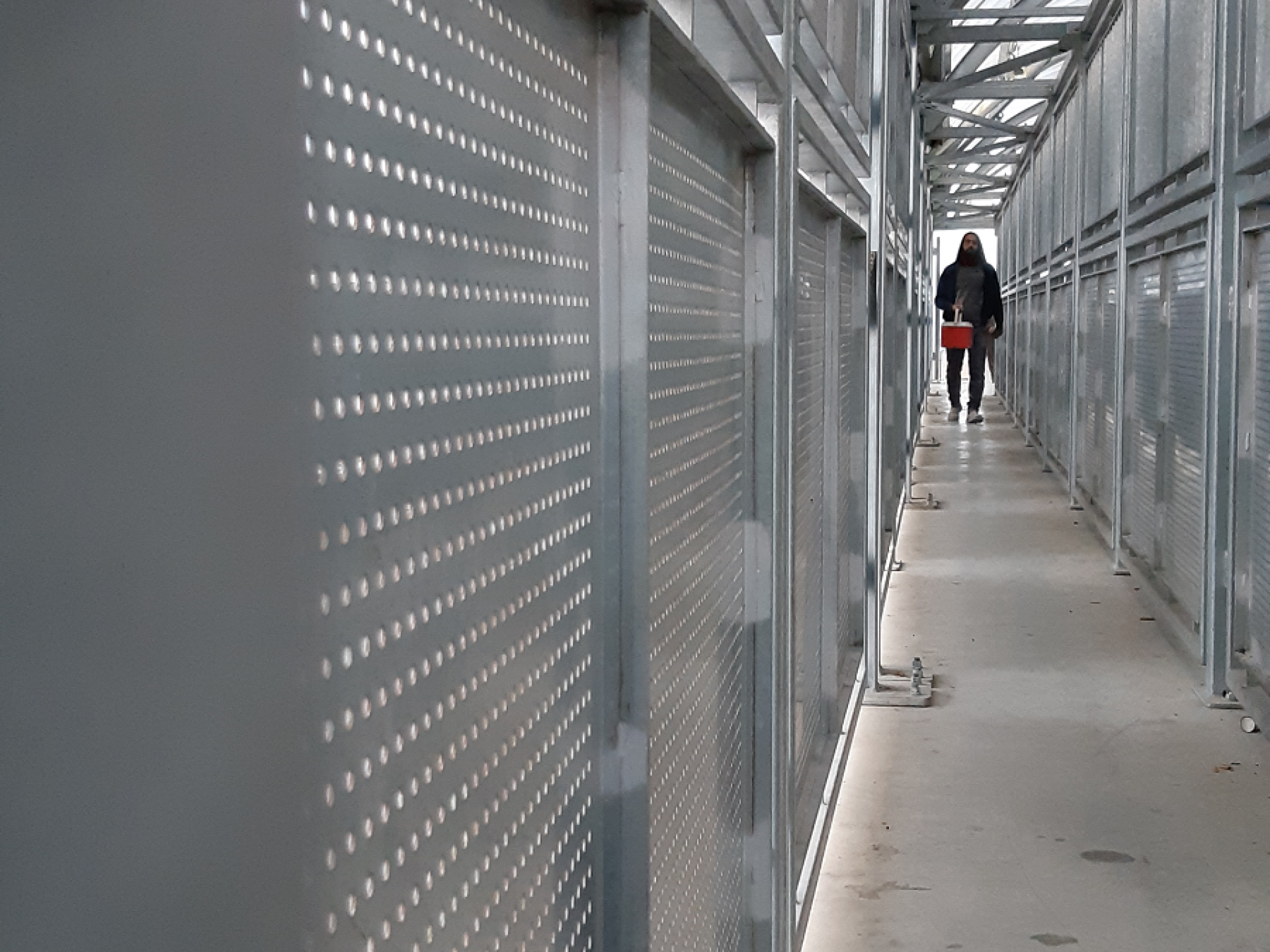 Barta’a Checkpoint : one track out of four in the crossing installation that resembles a cattle corral. The tracks are especially narrow so that traffic is completely controlled, one person after another
Photo:
Shuli Bar