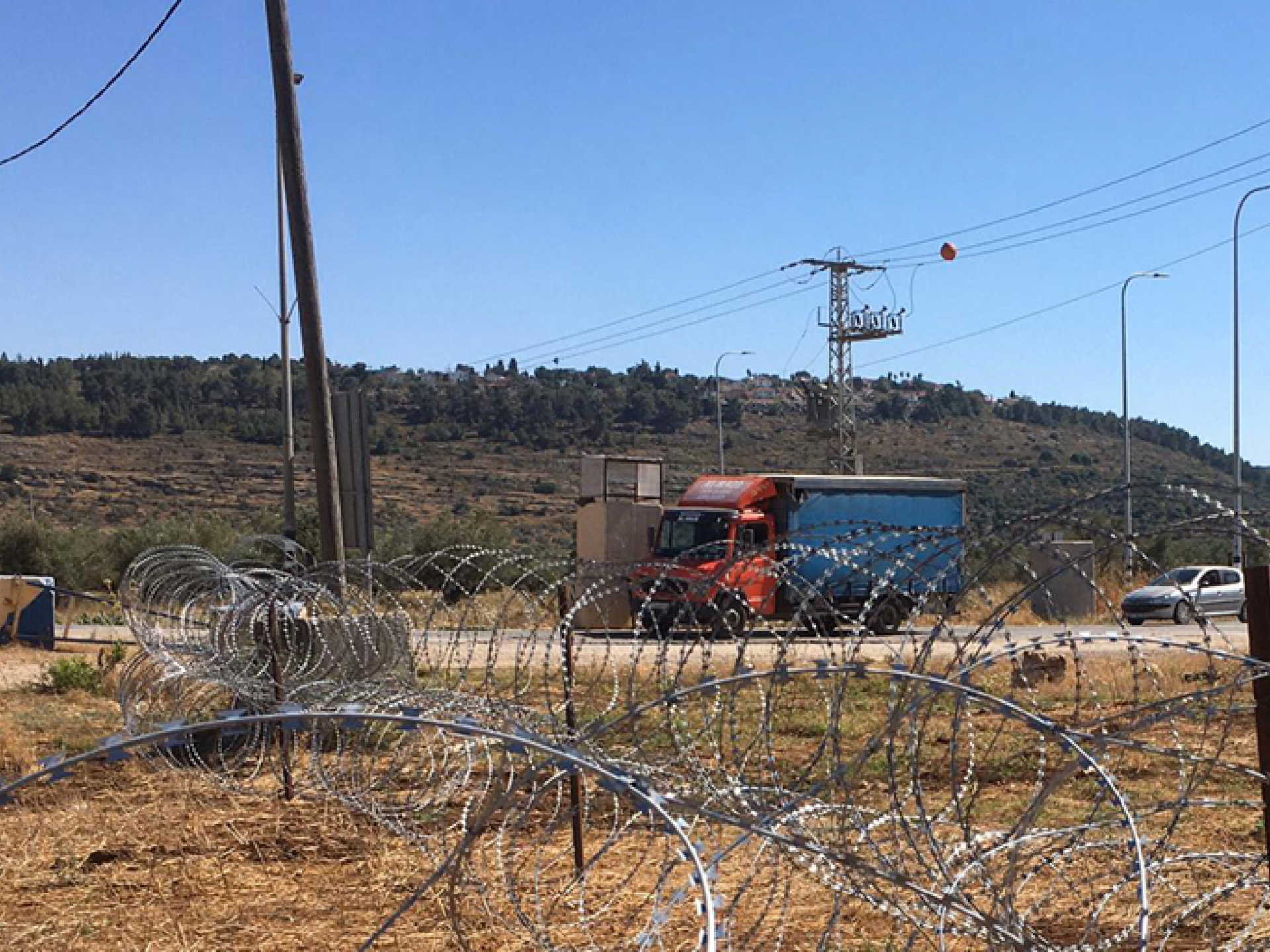 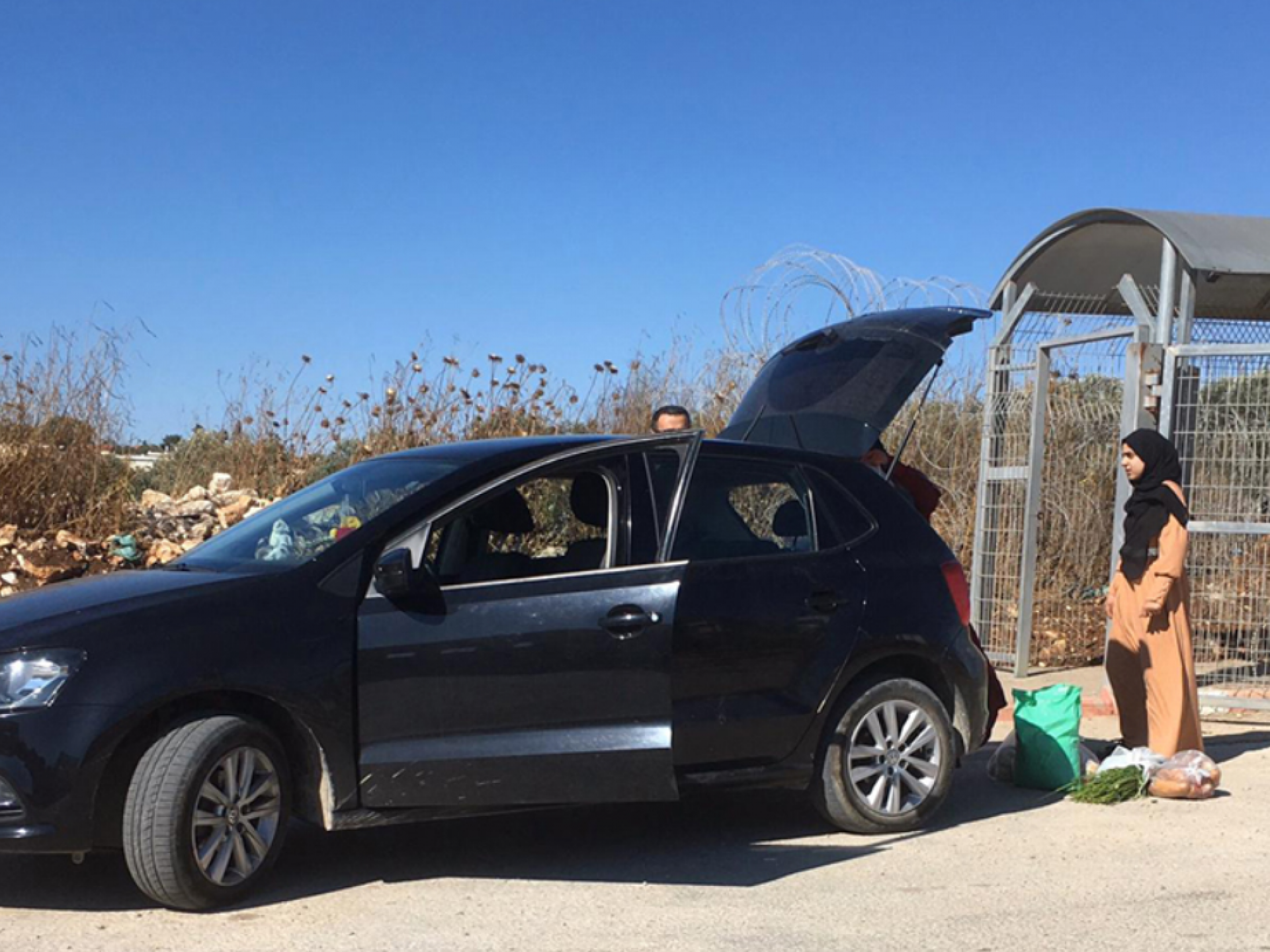 Anin checkpoint: Return from shopping in Jenin to the seam zone

We passed by Reihan – Barta’a checkpoint on the way to Hermesh Checkpoint and saw that the parking lot was jammed with cars.  We used the WAZE application to measure the new road that had been paved from the Um Reihan junction to Hermesh checkpoint.  It is 2.2 kilometers long.   During the past week white separation lines and yellow border lines have been painted.  The checkpoint was unmanned and a few cars were crossing freely.

For some reason, drivers insist upon entering the crowded area that smells from exhaust and the robust Palestinian attendants made no effort to attain order in the chaos.  We moved among the cars with difficulty.  A lot of workers were arriving.  We bought grapes from a vendor who assured us that they had been irrigated with good clean water from Israel….

As usual, there was very little traffic and the checkpoint was quiet.  The garbage contained had been removed and the area was relatively clean thanks to the excavations that are being done to lay electric cables.  Evidently there had just been an accident nearby at the junction near the army camp.  The police were already there.  A small car had run into the fence and into a huge electric pole that was leaning on its side.  A soldier told us that the driver was all right and mentioned that he was Jewish despite the fact that we hadn’t asked.

After reading Hannah and Neta’s report we wanted to see the renovations at this checkpoint.  We found that the gate was open and two friendly soldiers from the Collective Agricultural Settlements let us go inside.    The soldiers were happy to see us and had learned that this was an agricultural checkpoint.   They reported that farmers still could not cross here and had to drive to Reihan – Barta’a.  Why?  Because of Corona.  There was no point in calling the District Coordination and Liaison office because they are disconnected.  Luckily we were wearing masks.