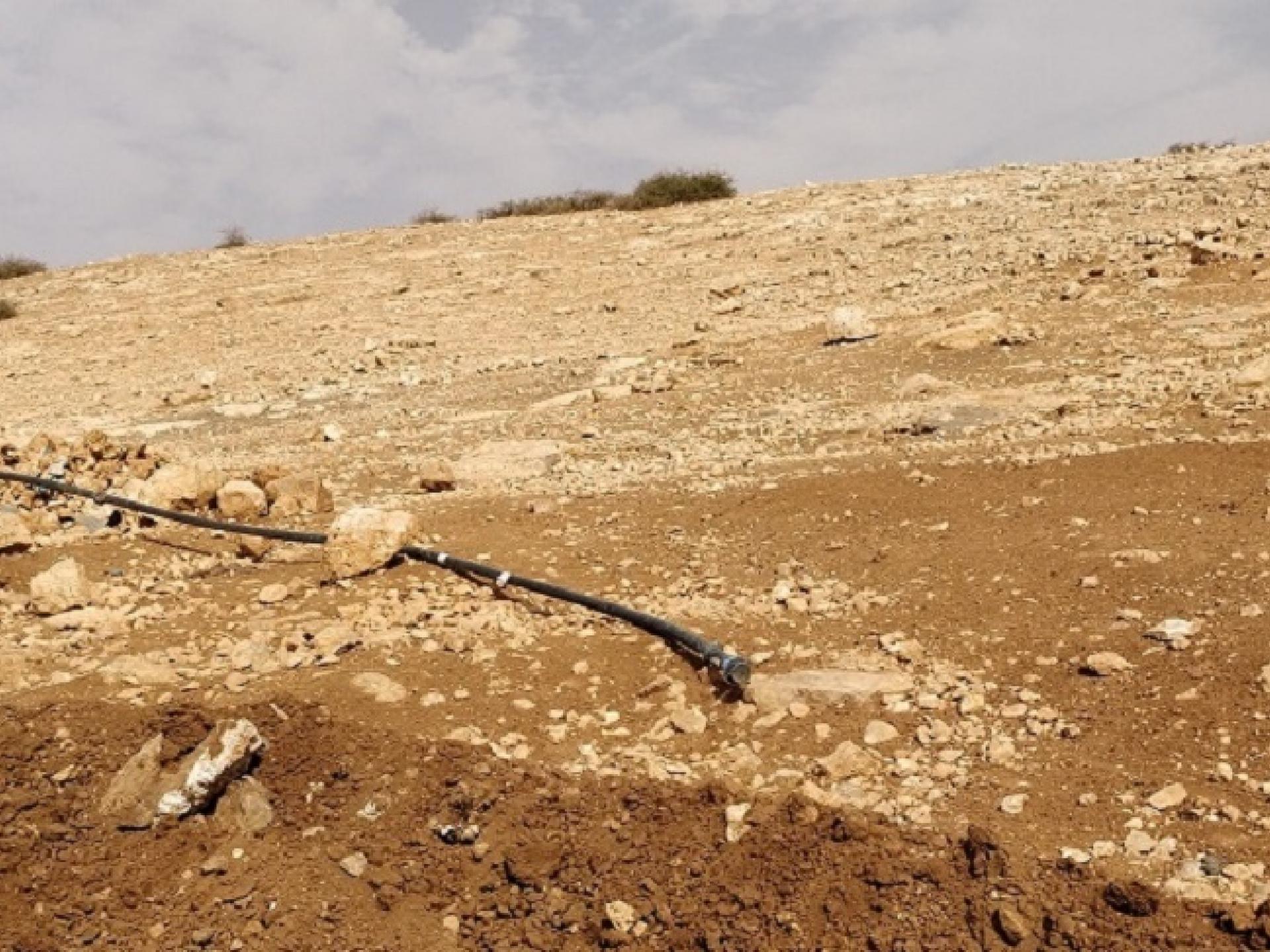 Palestinian Jordan Valley: the new track forged by the army, and irrigation pipes that had been cut.
Photo:
Daphne Banai 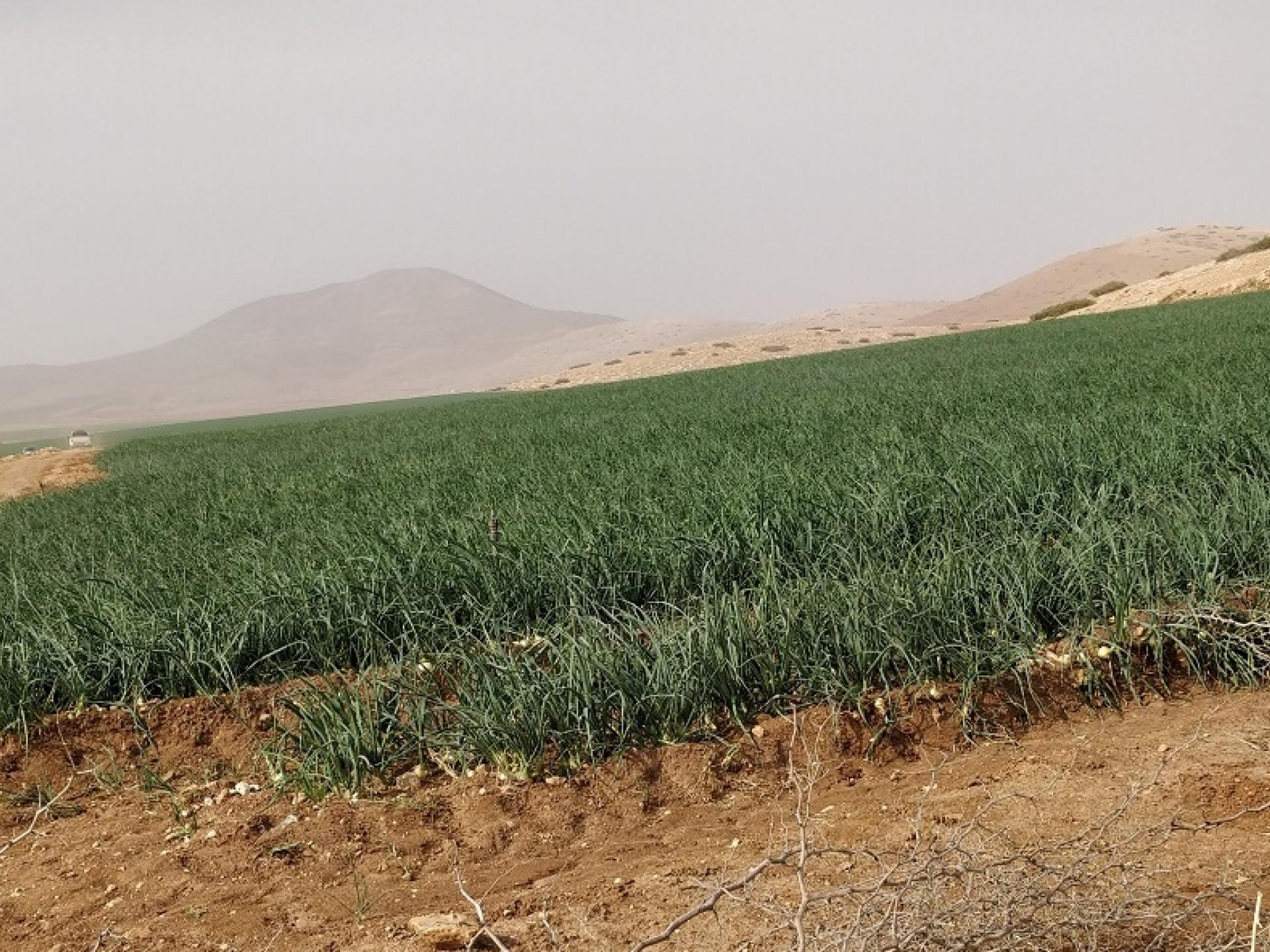 Palestinian Jordan Valley: a field of onions drying out soon for lack of water after the Israeli army cut off their irrigation pipes.
Photo:
Daphne Banai

Do we know how a person feels while the scepter of expulsion hovers above his head? No, we have no way of knowing. Who among us has ever been in the situation when tomorrow or the day after all of his belongings and his home would be taken away and he has nowhere else to go? Our grandparents/parents in Europe had known. And we always remember and never forget. Until we get that very position of power and suddenly we just don’t see. For what have we to do with little Sara? Or Shima, or Qima?

For the first time ever, as we stopped by the encampment of Mahdi’s parents, no one came out to greet us with their usual “Come on in, have a cup of tea!” Deathly silence. We deliberated whether to get out of the car. Immediately after us came two Abraham Foundation volunteers and a Palestinian guide. This enabled us to talk about the threat. But the conversation proceeded above the heads of the people. Qadri, Mahdi, his brothers – all kept silent. We tried to think what else we could do… When we asked Mahdi for his opinion, he just replied: “I cannot think right now. I’m finished. Talk with me tomorrow”.
We saw a whole family in a state of shock.

When we said we should get going, no one tried to hold us back for a cup of coffee, as they are wont. The grief over what has not yet taken place simply defeated them.

Umm Jamal – the second compound up for demolition and expulsion:
When we arrived, the entire family was working, including the little girls. 4-years-old Qima looked at us but refused to shake our hands. We didn’t wish to bother them, but the older daughter (14-year-old) insisted we stay. By and by the father, mother and children finished their evening chores and joined us. All the children (13 of them) sat around their parents, quietly. The parents looked at us. Perhaps we Israelis could do something to save them. Israelis have power, special status. So what do you do for us? 15 pairs of eyes seeking help.

We told them what had been done so far, what the lawyer has done (they didn’t know) and tried to explain how limited our ability was. It didn’t really register.

We came back to Jiftlik village, to Dhabat Mara’i, to see how the homeless had been faring after their homes were demolished five days ago (7.11.17). Well, nothing has happened. No organization showed up, no help, no contributions. The Palestinian Authority has donated a tent but it is thrown out in some corner. It is difficult for people who until a week ago lived in a handsome house to move into a tent. So they live with their grandparents (not the ones they had lived with before). Again they told us that they a Jewish lawyer, a settler-colonist from Maale Efrayim. Three families paid him – 13,000 shekels each, and one person, Ali, joined them later and paid 25,000 shekels. The lawyer, they said, told them that everything was arranged, that he had managed to get them a construction permit. Rabbi Arik Asherman spoke with the lawyer. He claims that he to obtain the permit for them and failed. And even told them so.

People in Jiftlik are warm and affectionate. They pick special herbs for us from their garden, we should try this one and that one… One of the amazing things we see everywhere we go – even after the horrific blows people suffer from our state, our people, our army – they are still generous and affectionate. I cannot begin to imagine the reversed situation – had Arabs injured Jews, how would their families respond to visiting Arabs? How to rise above the anger, the hatred, all the feelings that result from such pain and despair, how does one distinguish between those of the Jewish people who have hurt them and those who haven’t.

We were alerted that the Israeli army has been opening a new track at Ras Al Ahmar, beyond the gate that blocks Palestinian from approaching their life’s center (Gokhia Gate). We took a very difficult bypass that was much more suitable for tractors. Indeed, Ras Al Ahmar now has a new track, parallel to the existing one (and about 20 yards north) so what was the point of the new one? As the army worked, the bulldozers violently sliced all the irrigation pipes supplying water to onion fields between the old and the new tracks. That’s it. In the blinking of an eye, a whole field is doomed to dry out, a beautiful field, fruit of the labor of some Palestinian, his actual livelihood.

On our way back we ran into the evil-doers, the bulldozers blocking the bypass track around Gokhia Gate. The dike about 30 meters long is already up but not yet completed. A bulldozer was positioned at the open part and its driver refused to let us through. When Rachel asked him to let us through, or else we would have to go through Area A (forbidden to Israelis), he said: “You (leftie Machsomwatch women)?? Never!” and didn’t budge. Eventually we did manage to get home, but the level of hatred that bulldozer driver exhibited us amazed us.

As for the track – life will overcome even over this blockage. For Palestinians, the gate and dikes and boulders and ditches that the army puts up in order to close them off inside the Palestinian Jordan Valley and prevent them access to schooling, health services, shopping and family – travel time grows huge, a whole hour instead of 10 minutes. But soon they will overcome fear and forge a new track for themselves. For life always gets the upper hand. 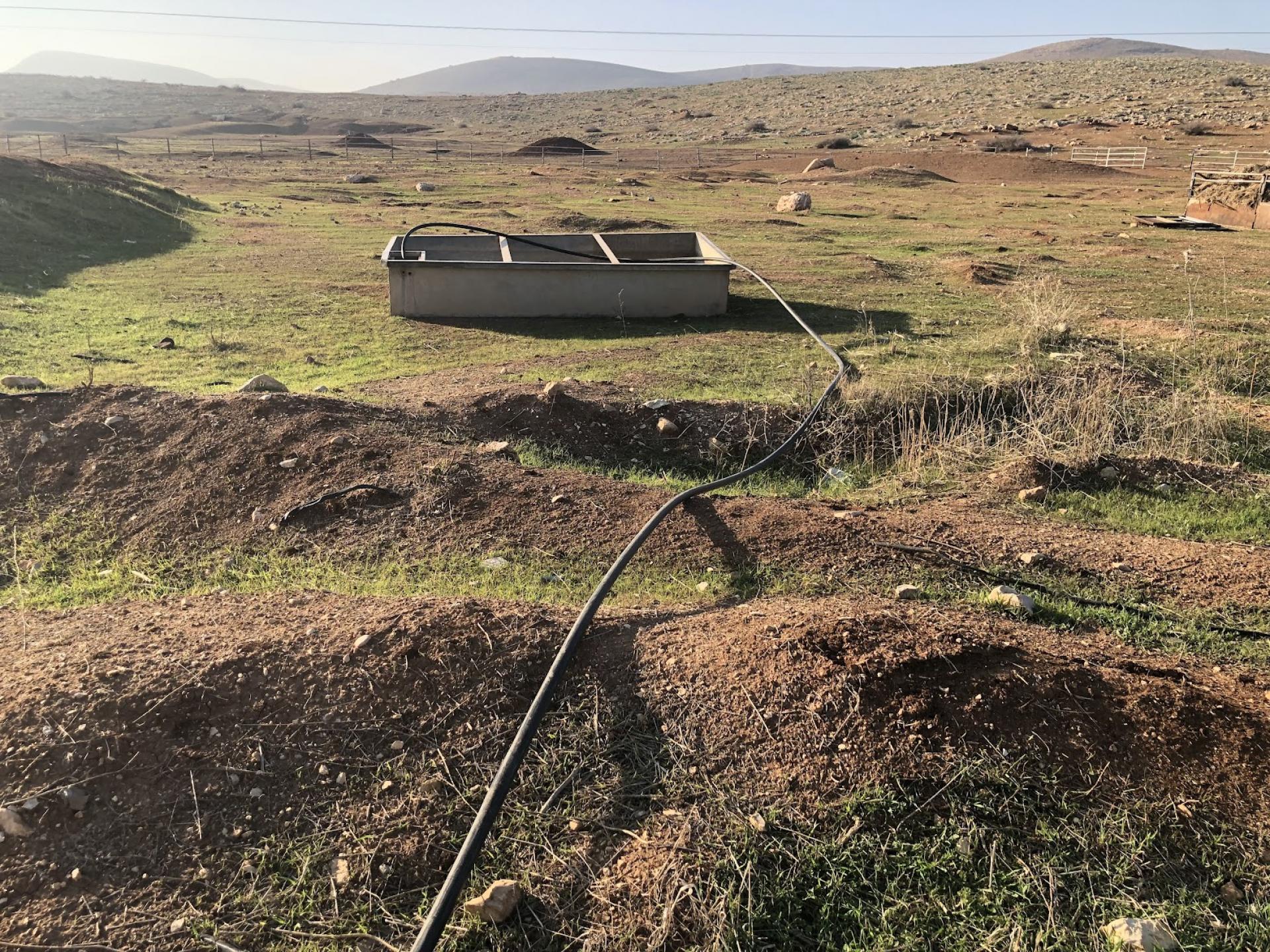