This was one of those days when people wish to talk and I listen, ask and learn.

I learned from Jihad that he makes his livelihood with two jobs – working as a hired driver in a cab company as well as stone cutting and creating in stone.

I learned from Basel that two families in Bani Na’im had a fight, a very violent one during which a 7-year-old child was shot and wounded. The shooter is a teacher in one of the community schools, and he and his family escaped to Nablus.

I drove to the Jab’a road checkpoint situated on the way between A-Ram and the colony Adm, to hear about an incident that took place two days earlier, and which according to a summary news item a Palestinian woman neared the checkpoint, soldiers searched her body and found a knife. The woman was transported for questioning.

Fearing to be shot or being treated the way this woman was, when I neared the policeman standing on road, I said to him through my open window:

- I shall park at the edge of the checkpoint and come on foot to ask you a few questions. Don’t shoot me.

- No problem, you won’t be shot, we don’t shoot just anyone, he answered.

There were many police cars at the checkpoint, many policemen and much activity.

Upstairs in the pillbox watchtower, soldiers observed and used their walkie-talkies to instruct the policemen which vehicles to detain and inspect.

Activity took place on both sides of the road, the one leading to from Ramallah.

- We search and arrest smugglers, thieves, robbers and such, the policeman answered my question.

I asked the question for which I had stopped, about what happened with the woman taken for questioning, but none of those at the site had heard of it.

I remained wondering about her identity, where she was from, why she came here and what had happened to her.

For the woman had vanished as if she hadn’t existed, and except for a marginal item on the news, nothing.

I felt there is an overt and a covert layer which, as in Greek tragedy based on the three unities – time, place and plot – this one is missing and unknown. 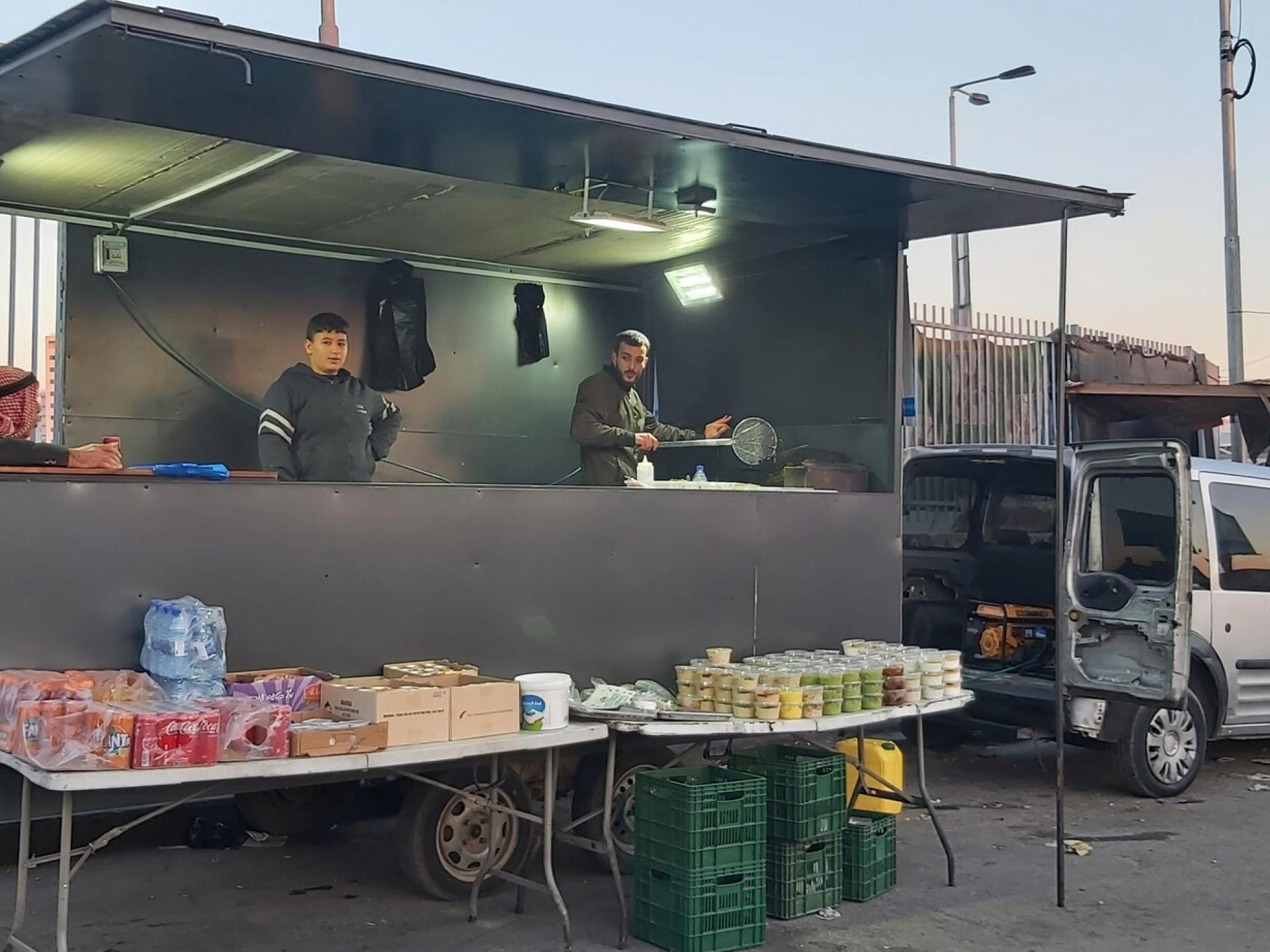