Barta'a checkpoint is empty. Most Palestinians pass through holes in the fence | Machsomwatch
Skip to main content
Back to reports search page

Barta'a checkpoint is empty. Most Palestinians pass through holes in the fence 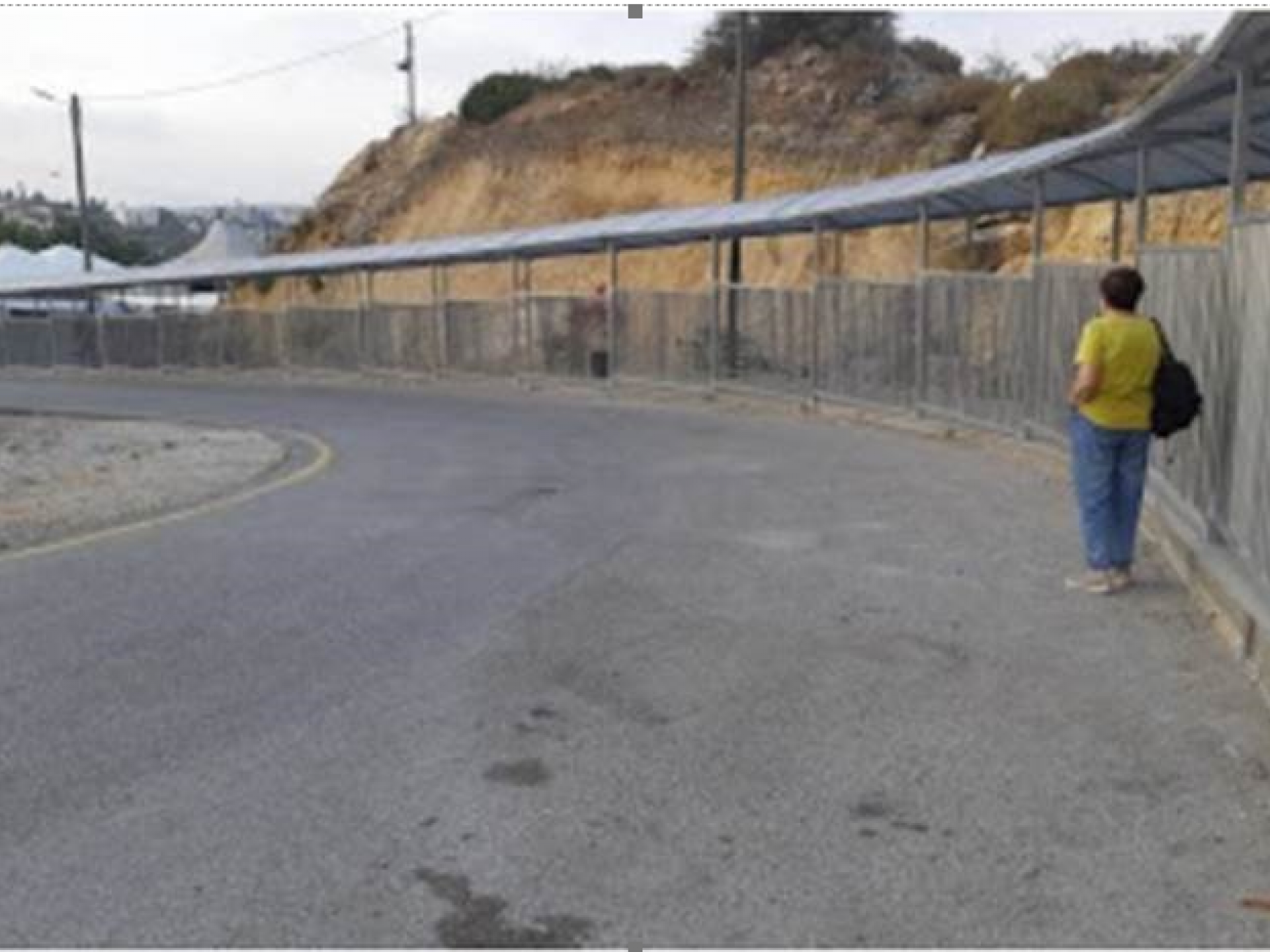 Barta'a checkpoint is empty of people and cars. Most Palestinians pass through loopholes in the fence

Usually at this time of day the checkpoint sees the height of activity. Crowds of workers come running from the terminal through the ‘sleeve

’ to the many vehicles waiting to transport them to their workplaces. Even before we reached the checkpoint we would see the usual hubbub from afar – and realize that the crossing works these days and the workers cross without delay. We used to call them happy workers, for having work and permits…

Now it was a rather deserted checkpoint that greeted us – few people, few vehicles. At 6 a.m. this is totally unusual. It’s no longer a secret – dozens of workers from the West Bank have been entering Israel unhampered for months now, especially since the outbreak of the Corona crisis, through dozens or even hundreds of openings in the separation fence, from the northern West Bank all the way to the south. The Israeli army is aware of it, sees it, and does not respond. Even valid permit holders prefer not to ‘enjoy’ the checkpoint experience and shorten the process by a short walk including crossing the fence and the security road. The cabs wait for them on the other side exactly where they are needed.

Today we were told that people have begun to even pass wares such as vegetables and fruit through these openings, and it’s very good for very many people. It’s good for the contractor of Harish city (new town in Israel) – their labor force is not dwindling here, and Palestine has closure

:  so it’s good for Palestinians who wish to go to work in Israel in the morning and come back in the evening despite the lockdown, rather than stay overnight in all kinds of wholes in Israel, or get caught and be sent to quarantine; It’s good for whoever wishes to escape the ambushes of Palestinian policemen, and apparently it’s even good for the people working the checkpoints who remain idle.

Another new thing is seen at the upper car-park in Barta’a:  the pedestrian crossing track (the ‘sleeve’) is now much longer and reaches the end of the upper car-park. One of the people in charge of the checkpoint explained: this was done in order to empty the main access road to the checkpoint of the chaos that reigned there every morning, and moves the traffic into the car-park itself.

Anyway, someone has benefitted richly from the endless checkpoint fences.

Roni observes the so much longer sleeve. In the past it only reached the further end at the bottom of the road. The she always walked used to be filled with cabs, other vehicles and workers. Now it’s empty.

Few pedestrians crossed here this morning. All the others must have crossed through openings in the fence, of which we reported even prior to the present crisis.

Beneath the (in Israel) town of Umm Al Fahm – as we arrived the few pedestrians present were crossing including the red tractor of our friend Ali from Tayibe. He stops, shakes our hands and says excitedly, thank you!! (he believes that the checkpoint was opened after a very long and irritating period thanks to the intervention of his friends of Machsomwatch.

We returned through the still sleepy towns of east and west Barta’a.