Surprise at the DCO! | Machsomwatch
Skip to main content
Back to reports search page

Surprise at the DCO! 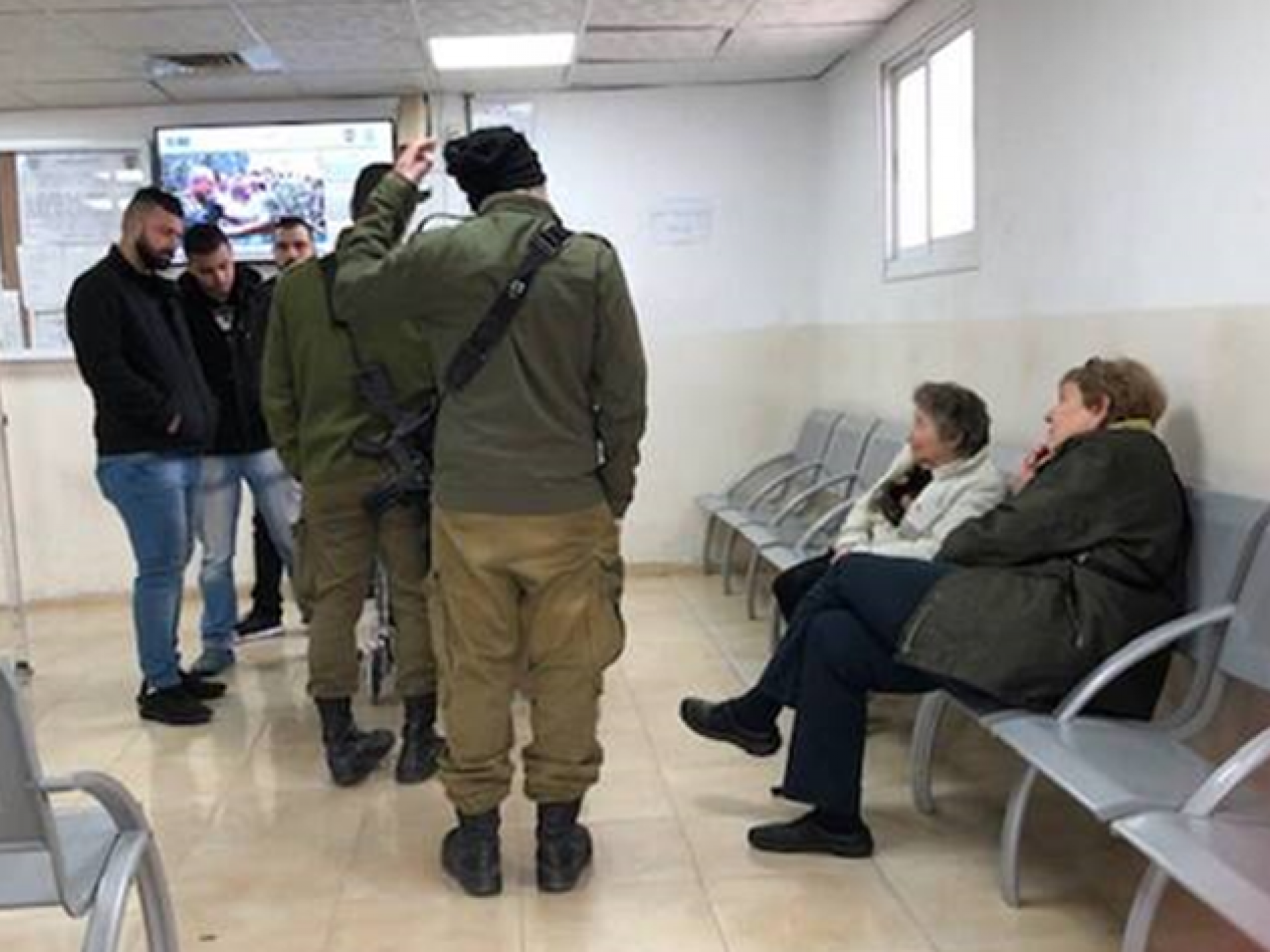 An officer and a soldier talk to the disabled person with courtesy and politeness that you don't hear in this place!

When we arrived, several people, Bethlehem residents according to them, were waiting in the hall, despite the announcement made a few weeks ago, stating that Bethlehem residents and other communities will not be dealt with at Etzion DCL but at another DCL, otherwise, it seems that Bethlehem residents are still being serviced at Etzion. Among those waiting was an elderly man, amputated, sitting in a wheelchair. He is a 52-year-old diabetic (looks much older), and is treated at a hospital in Jerusalem. This morning, he came to DCL to get an entry permit to Israel in order to continue his hospital treatments, but was rejected. They told him to return tomorrow, despite seeing that he was not that mobile. Depressed and at a loss he asked for our help. We spoke with Hannah B and asked her to try and speed up the process so that he would receive the permit today. While we were talking, an officer and a soldier entered the hall. The officer, a gentle and polite fellow, walked up to the man sitting in the wheelchair, shook his hand and began talking to him. He did not immediately solve his problem but told him to come on Thursday and ask the soldiers to call him. To say goodbye, he again shook the Palestinian's hand. Those present were amazed. We enjoyed ourselves. We rarely get a pleasant experience at DCL.

On our way out, we met one of the regular soldiers who always acts aggressively towards us. This time he did not try to expel us from the waiting room, but behaved with moderation. Apparently, he received instructions from the young officer. Netanya said she had seen before people help the disabled with the wheelchair get in his car and she started photographing him. The officer approached her and asked if she had asked for the man's permission. When she answered yes, he allowed her to continue taking pictures.