Most Palestinian farmers have no permits to go into their farmlands 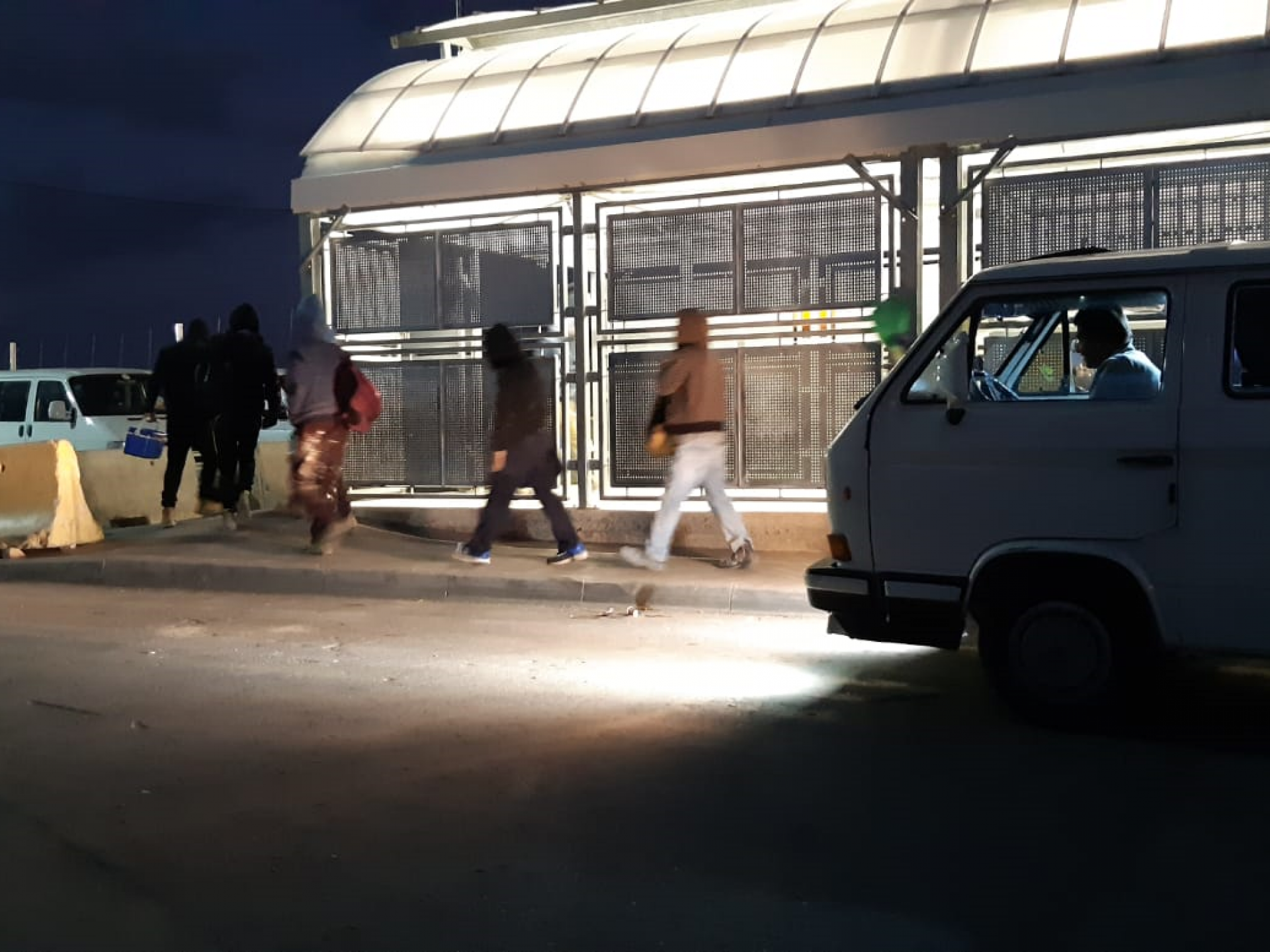 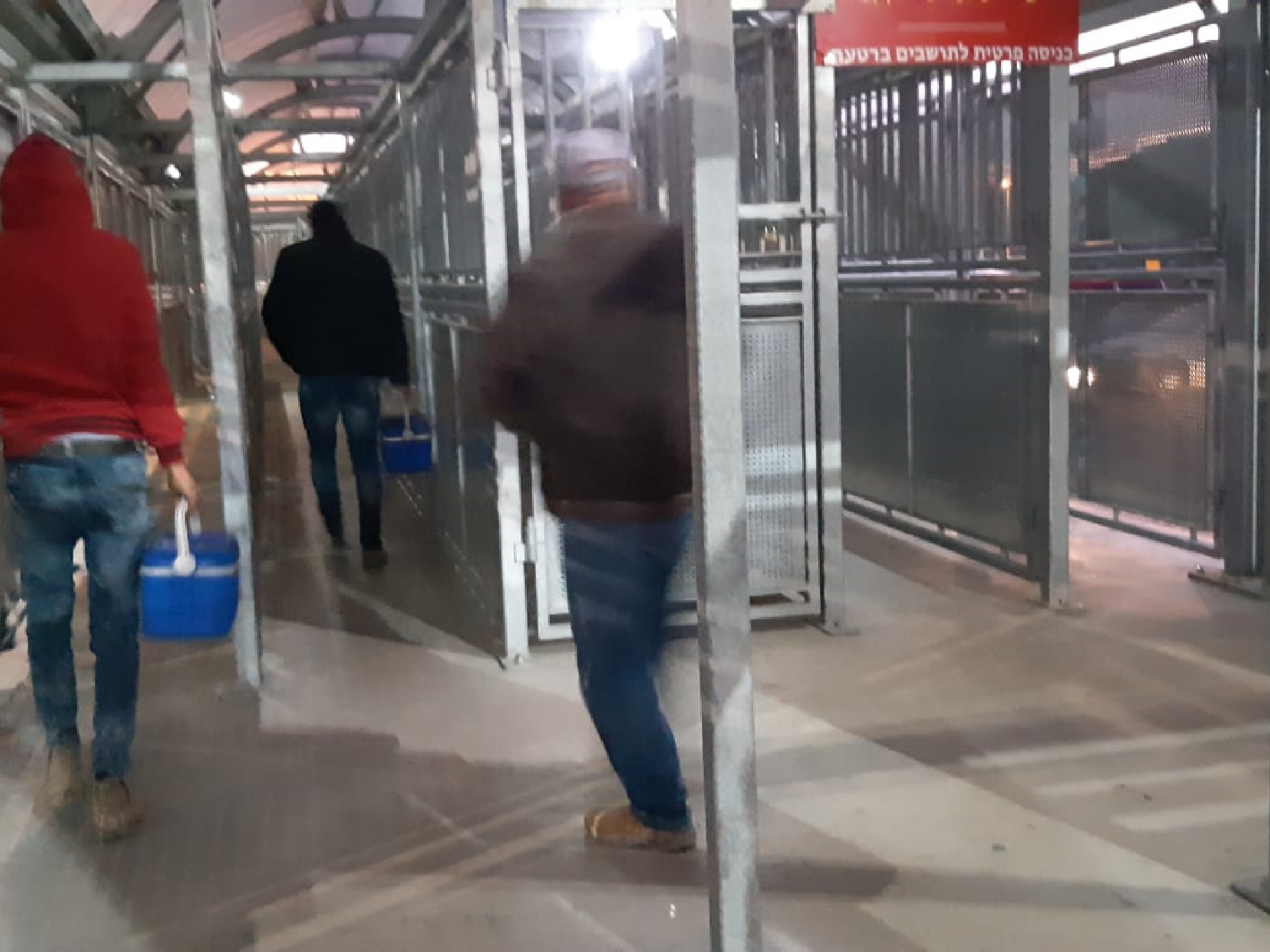 Barta’a Checkpoint 5:55 a.m.
People hurry out of the terminal towards the transport vehicles that will take them to their worksites inside the seam-line zone, in Barta’a, Harish etc. Vehicles arrive one by one at crossing installation, letting out people who hurry to take the four pedestrian tracks towards the four turnstiles and terminal. Crossing appears to faster than work inside the terminal, where entry is jammed full.

Aneen Agricultural Checkpoint 6:30 a.m.
The gate at the seam-line zone side of the checkpoint is wide open. Military Policemen arrive and crossing is swift. 2 tractors and 15 people cross. We are told that crossing permits are not being reissued, and that many farmers can no longer tend their lands because they do not meet the Civil Administration’s requirements for permit eligibility…

Aneen residents may cross daily to their do their business through the distant Barta’a Checkpoint, getting there by expensive taxi. Twice weekly, when the agricultural checkpoint closer to their village opens, they prefer to use it. They cross over with a farmer’s permit or work permit in the seam-line ozone. Whoever does not return this afternoon through here stand to lose their crossing permit next time, and the military computer will not show the same entry and exit checkpoint.

We gave M., our old acquaintance, a ride. He is “elderly” (55 and up), so no longer needs a crossing permit. He may just show his ID. But his son who came with him is detained by the soldiers although he holds a valid crossing permit, says the father. He tells us his son was caught without permit in the nearby town of Umm Al Fahm (inside Israel’s borders) not long ago, arrested and released after two months. “If he was left his permit, why don’t they let him through?” M. asks us. 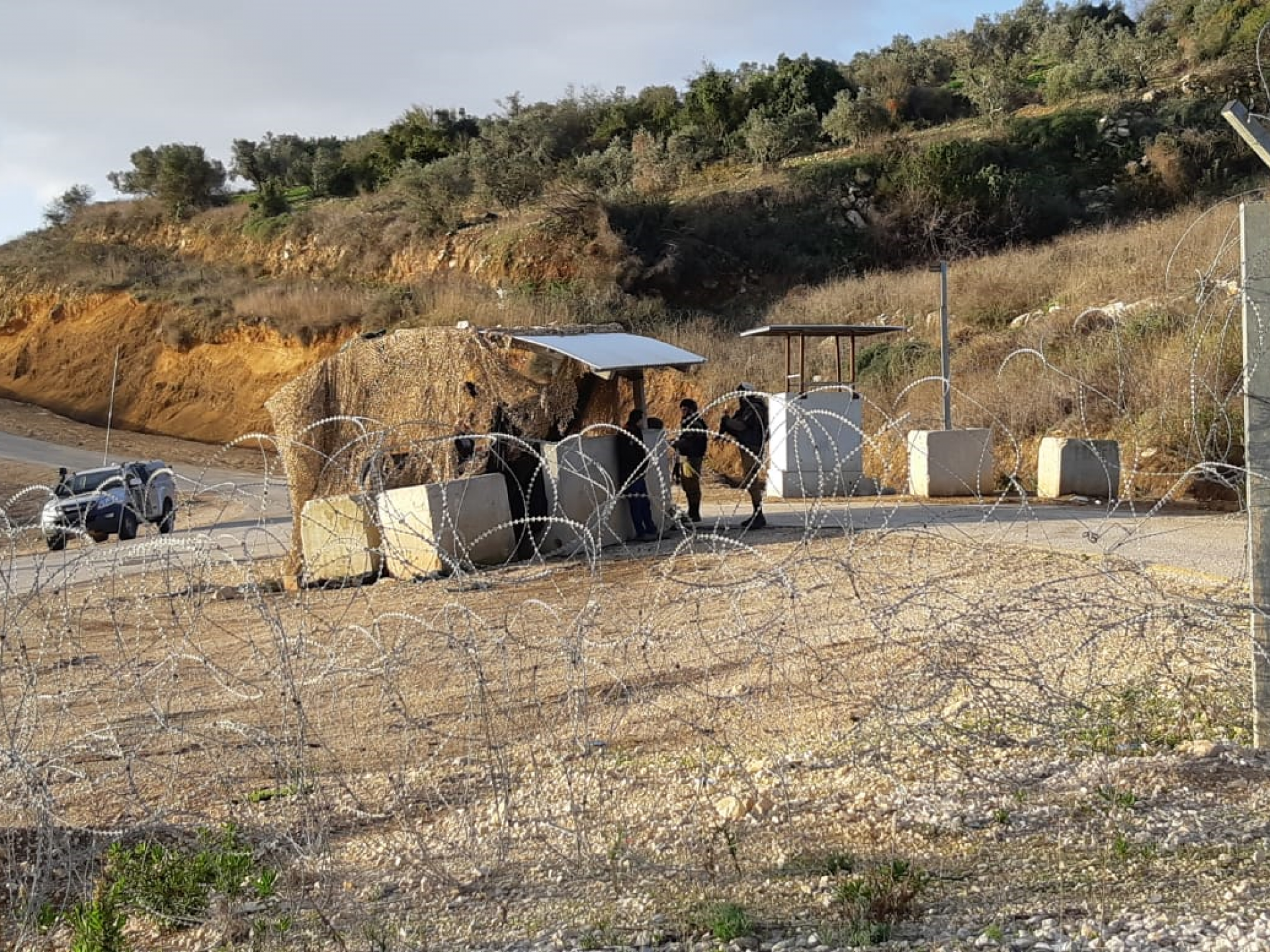 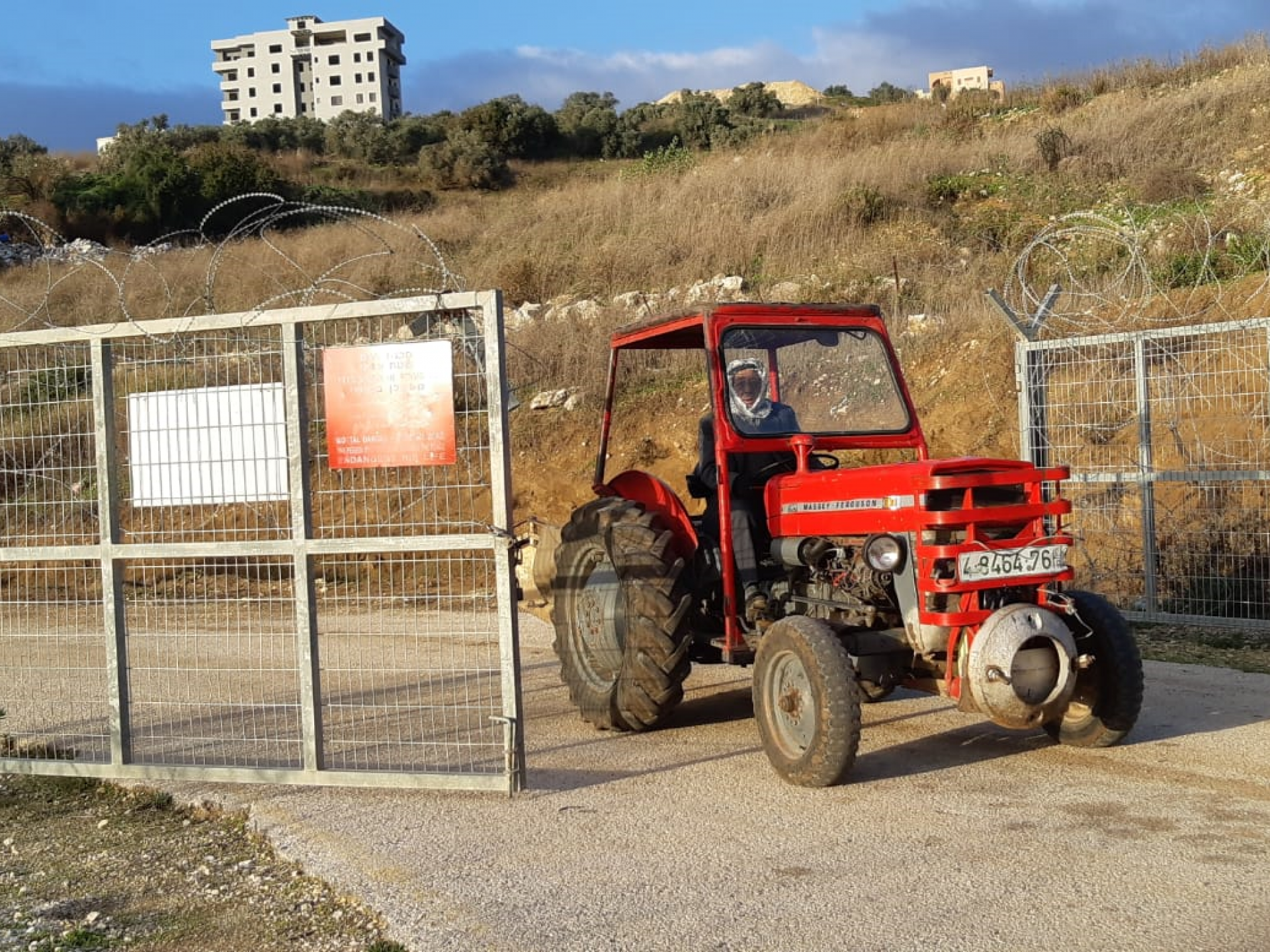 Taibe-Roumana Agricultural Checkpoint 7 a.m.
As we arrive, the checkpoint is closed, and the MPs (coming from Aneen Checkpoint) are not yet there. But on the fence road, two armed women-soldiers are seen walking. They are nice, ask us who we are, don’t understand how we got here. Not even after we explained. Perhaps they don’t have any idea where they are? The soldiers (arriving at 7:15) were told by them that they were there to catch “illegal aliens.” Now Neta and I couldn’t understand - how were they going to catch them? From where did they come and where would they go? Do these girls’ families know where they walk around on their own, yes – armed, but still defenseless, along the fence road between two separation fences somewhere in the northwest West Bank?

We saw that one fellow was detained and only after everyone crossed, was he sent back home. The soldier locking the gate told Neta that the guy had no crossing permit.

Last to cross on his red tractor he, Abu Ali stopped by us (as always), greeted and shook hands, and asked “How are you?” and then proceeded on his way.

In the photos: the checkpoint, Abu Ali against the houses of Umm Al Fahm.

We stopped for coffee at Amriha. Our friend’s daughter was married, so that a red sash dangling down from the second story and a line of lamps decorate her grocery store front.