I have been looking for him for a long time. Often in the past few weeks I asked policemen and security guards about him. They always asked me why I was looking for him and I always answered, “To thank him heartily”. They said: “Tell us, we’ll pass it on to him”. And I: “No, it’s personal. Just for him.”

Some months went by and every time I asked he was not there, he had just gone off duty, just went home. I realized that we simply come to Qalandiya Checkpoint at discordant times.

It all began 6-7 months ago when an event emerged from the vehicular checkpoint surveillance cameras – he was recorded saving from death a girl who walked into that vehicle checkpoint lane. That is a place where more than one Palestinian were shot as they entered it.

But what happened that day was different. As the girl proceeded, the PA system called out in Arabic: “Sit!” The girl froze and sat down. The voice continued and called out to the armed soldiers, “Don’t shoot, she’s young!” They obeyed and did not shoot.

When danger was no longer looming, neither to the girl from their rifles, nor to the armed men from the girl, one of them approached her, held her arms, lifted her up from the ground and took her somewhere.

I knew it was he who had shouted and saved her life. I decided to find out who he was, in order to praise and hail him and thank him. After a short while I found out his name and began to search for him.

This time when I asked, the answer was not the usual “He’s not here” or “He has just left”. The person I asked said they were friends and that if I want, he’d connect us by phone. I did. The fellow called and passed the phone on to me.

I told him what I planned to say, he was glad and said: “Look, it’s not that we shoot just for the sake of shooting. There’s consideration behind things.” I said I’d skip the first half of his sentence, but what I have to tell him is that his own consideration was excellent and I hoped it would stay that way forever.

We spoke another few minutes and parted in good faith.

Because I wish him well, I refrain from writing his name here.

Just a few minutes before 16:00 the group of patients returning to Gaza were allowed to emerge from the checkpoint. On this day there were no babies or children among them, “only” older men and women who painfully, tormented, carried themselves slowly, accompanied by the rifles held by DCO representatives in every step and move until they and their luggage were loaded onto the transport vehicle that then drove out of sight. 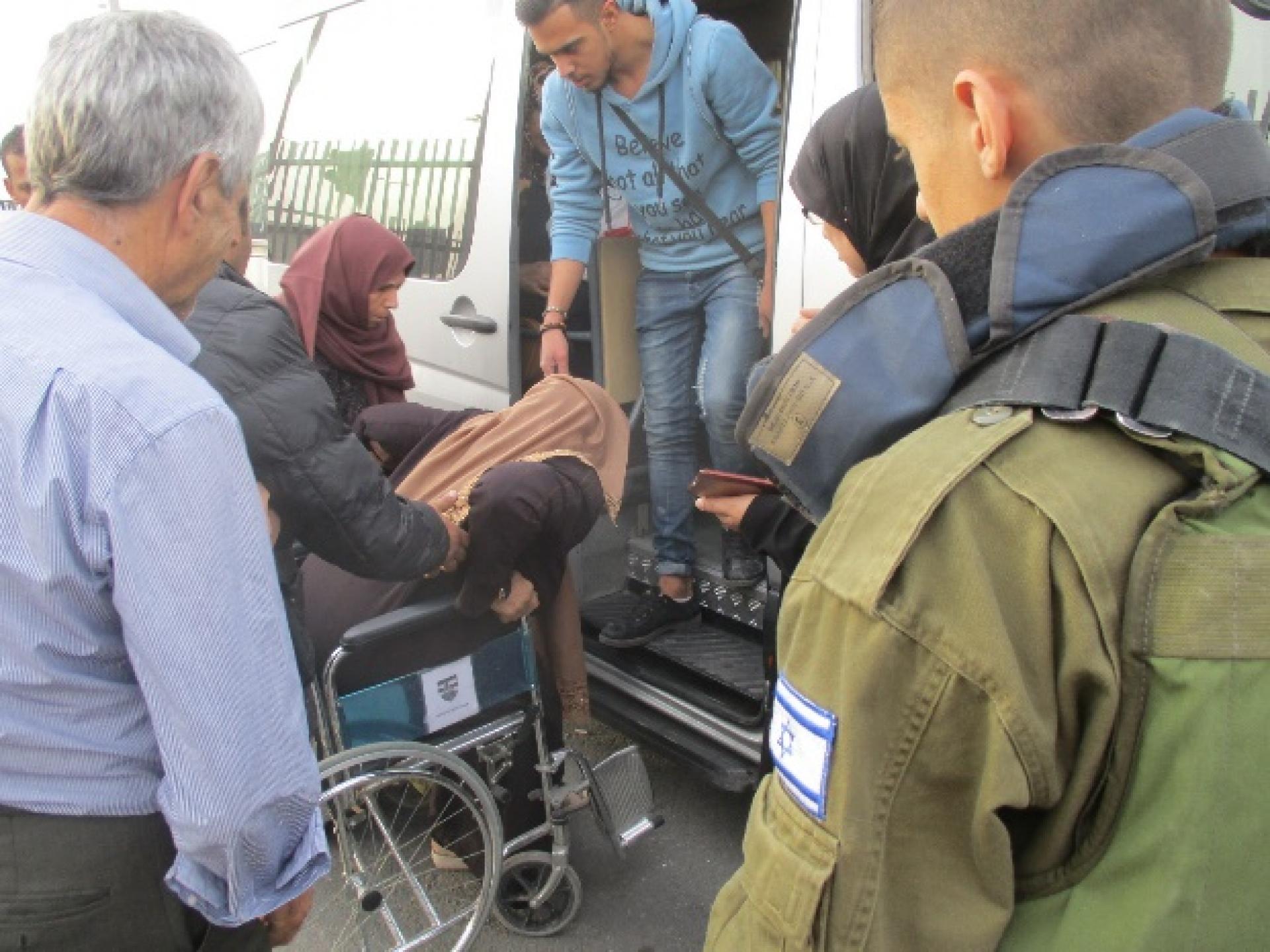