DCO Etzion: one of the men smiled.. the air con worked today.. | Machsomwatch
Skip to main content
Back to reports search page

DCO Etzion: one of the men smiled.. the air con worked today.. 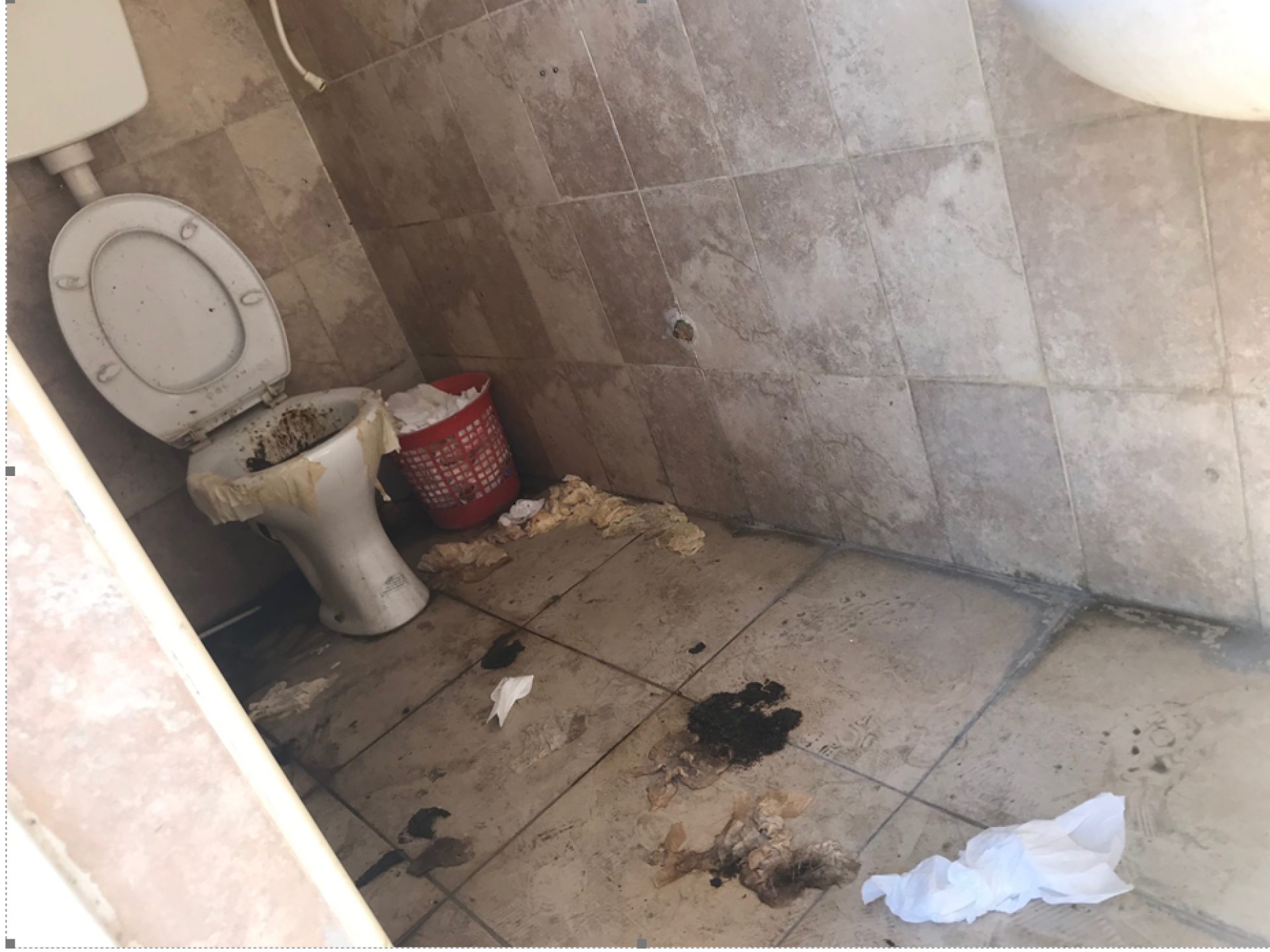 10.40 Like last week, the DCL's hall was filled to capacity, and people were gathering outside as well. Since Hebron’s DCL was closed people have to come here and according to them there is no word as to when Hebron’s DCL will reopen.

An elderly woman told us she arrived at six this morning and many people were already waiting. An elderly man, who said he arrived at 7 this morning, said he had come yesterday to receive a magnetic card and was told "no magnets," so he had to come back again today.

A man, who accompanied his wife and little daughter, came out at 10:45, smiling and his card in his hand. He said he reached DCL at eight and entered immediately. We asked how he managed to get in right away, ahead of many people who arrived before him and were still waiting? He replied with a smile "I managed to push".

The pushing and shoving at the carousel at the entrance was increasing, and many people, especially women, were wary of being pushed in order to get a number at the entrance. Many women had to ask someone who was able to reach the number’s machine to issue a number for them. The turmoil continued uninterrupted. People were entering on the basis of the strongest and the fittest or by tricking their way in. For example, a guy who said he arrived at nine and entered immediately, said that an older person asked for his help, he helped him and went in with him.

We tried to find out why they don’t assign a special day for dealing with citizens of Hebron and its surrounding, as was the case in the past, and thus greatly reduce the crowdedness and the pushing.  The explanation is probably that this is obviously a logical solution, but who said that it should work logically? We tried to talk to the woman-soldier about it, but she announced (in English!) That she was not talking to Watch.

The air-conditioning was working today and people coming out said that procedures were going "fine" today. Outside, soldiers appeared and opened the locked doors of the toilets. But it turned out that there was no water and they could not be used. See the pictures we sent. We tried to talk about the situation of the toilets with the soldier who opened the door. He declined to comment.

We were approached by several people who are prevented from entering Israel and asked for our help. A guy said he's been GSS prevented for 11 years. All his attempts to remove the prevention were unsuccessful and he wants to sue. We referred him to Sylvia. An elderly man said that at the age of 24, he participated in demonstrations and throwing stones, was tried and sat in jail for 8 years. He has been out of jail for 8 years and has not committed any offense. Police told him they had nothing against him and gave him a written permission. The GSS said they would find out; it has been six months now and he is still waiting for their answer. We referred him too to Sylvia.

A guy said he worked with his backhoe in El Hader and the backhoe was confiscated. Unfortunately, El Khader area is partly Area C and he worked in that part. He approached us to try and find out how he could get back his backhoe. Surprisingly, while he was talking with us, someone from the confiscation force rang him and after a long conversation ordered him to come to a certain place. The guy obeyed and disappeared. Before he left, we gave him a lawyer's name in case he needed one.