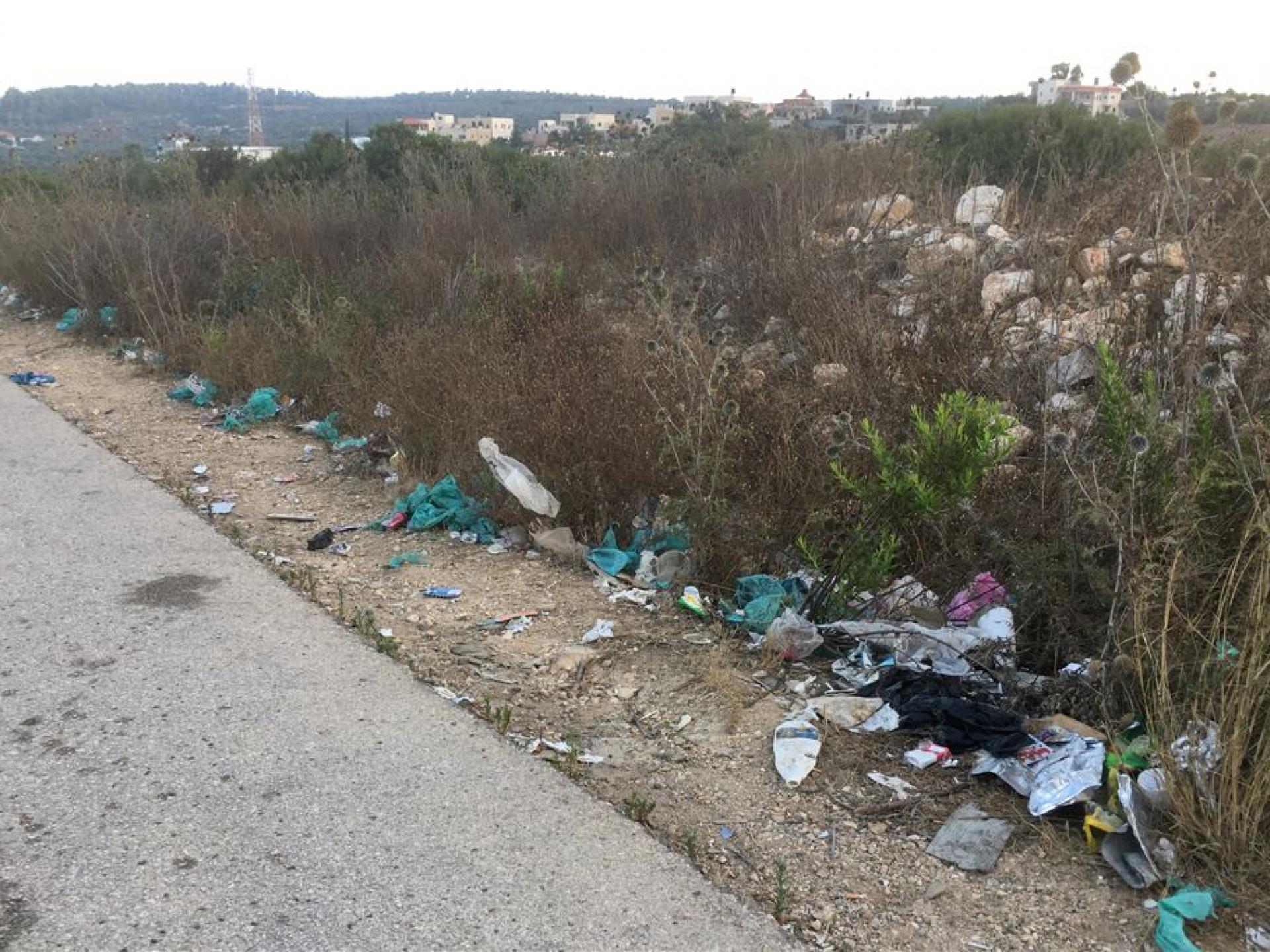 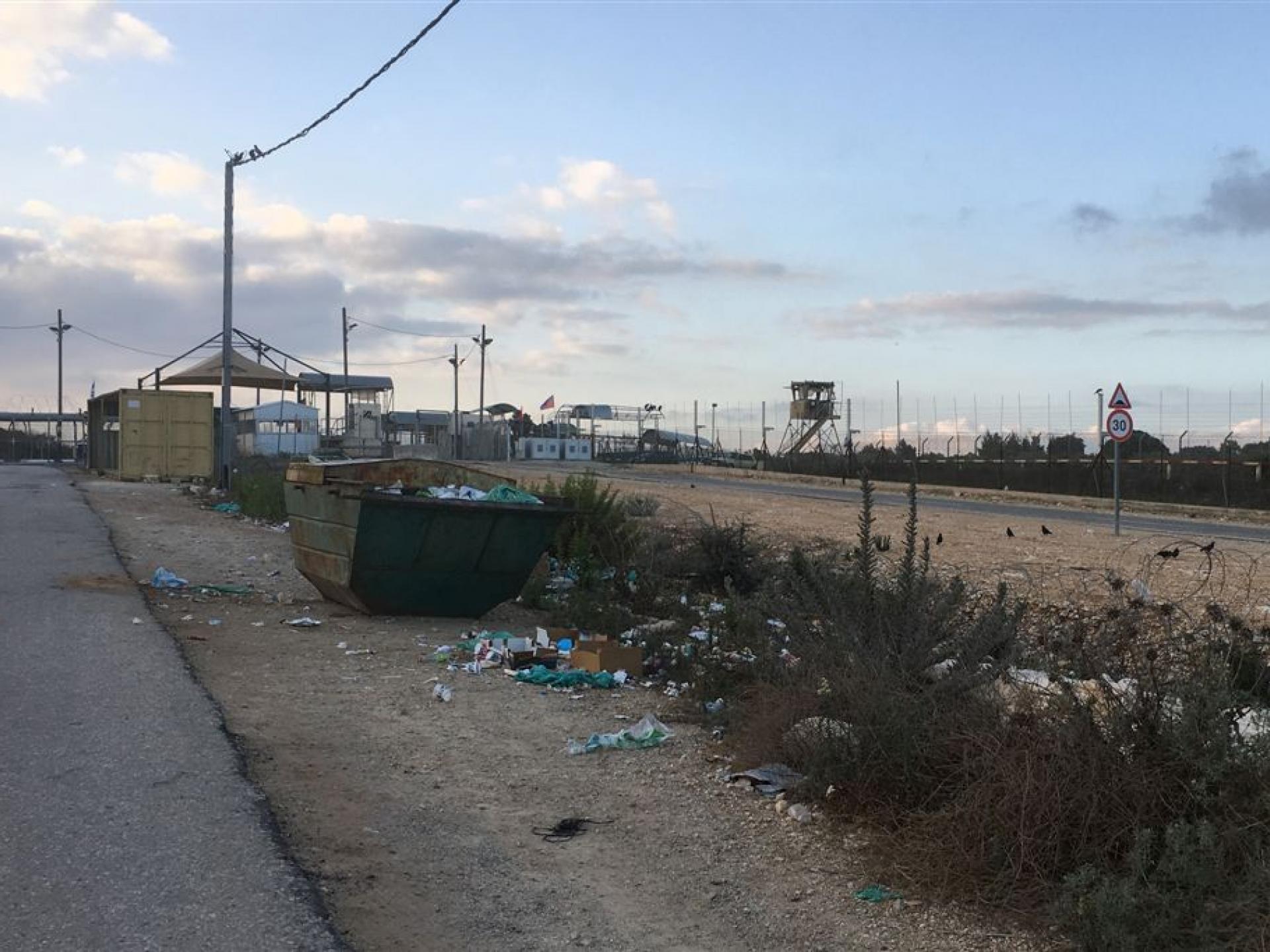 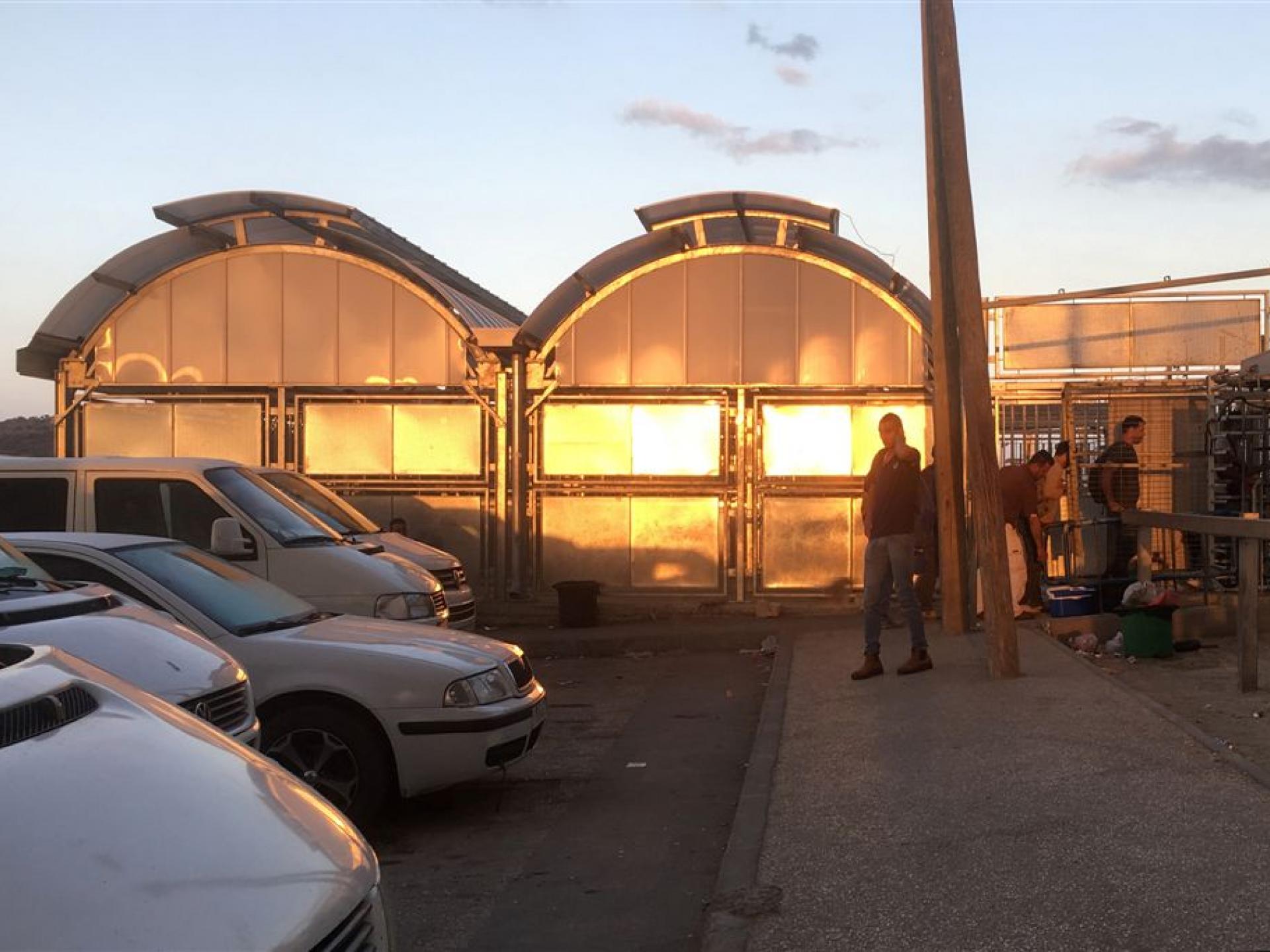 The parking lot on the seamline zone side was completely filled with cars and workers waiting for rides.  On the Palestinian side was empty and no one was waiting next to the turnstile.  Anyone who arrived entered immediately.

The distant parking lot was filling up.  Next to it is the new facility that appears to be finished but is not yet in use.  All the cars were going in the direction of the new parking lot.  The road to the new parking lot was blocked with boulders.  The guard reported that the roadblock was put up before the Ramadan two months ago.  There was a small opening for pedestrians to cross.  It appeared that the asphalt parking lot is reserved for merchants and transport vehicles that would arrive later.

At 05:55 a line formed because the gate the gates

closed to allow a vehicle to pass on the security road.  When the turnstile opened a large number of workers began to enter and crossed within five minutes.  Dogs could be heard barking from the vehicle inspection facility.   Part of the truck parking lot was still empty.

At 06:30 a large new transport vehicle arrived carrying four soldiers, who refused to admit that the turquoise plastic bags scattered along the road belonged to them.   The first car arrived at 06:20 but was ordered “Wara, wara” (Get back).  The car was carrying a doctor hurrying  to get to work at the hospital in Jenin and a little girl seated in back.  At 06:32 the generator began working and at 06:34 the soldiers put on their flak jackets.   At 06:37 a woman woldier went up to the observation point.  I attempted to call her attention to the doctor hurrying to work, but a soldier approached me saying: “Get out of the checkpoint or I’ll handcuff you. Yalla, Wara!”  (Come on, get back.)

06:41 – A group of workers walked from the turnstile towards the inspection booth.  At 06:44 the first car from the West Bank crossed, and at 06:45 the doctor was allowed to cross.  By 06:50 there was no one left next to the turnstile.

K. arrived at 06:50.  We had arranged to meet so that he could tell me about the events that occurred one night this week in Tura.  There were a lot of soldiers, there were explosions, and children were frightened.  This time they did not enter anyone’s house.