North: pedestrians and tractors loaded with junk wait to pass through to the village of Anin. | Machsomwatch
Skip to main content
Back to reports search page

North: pedestrians and tractors loaded with junk wait to pass through to the village of Anin. 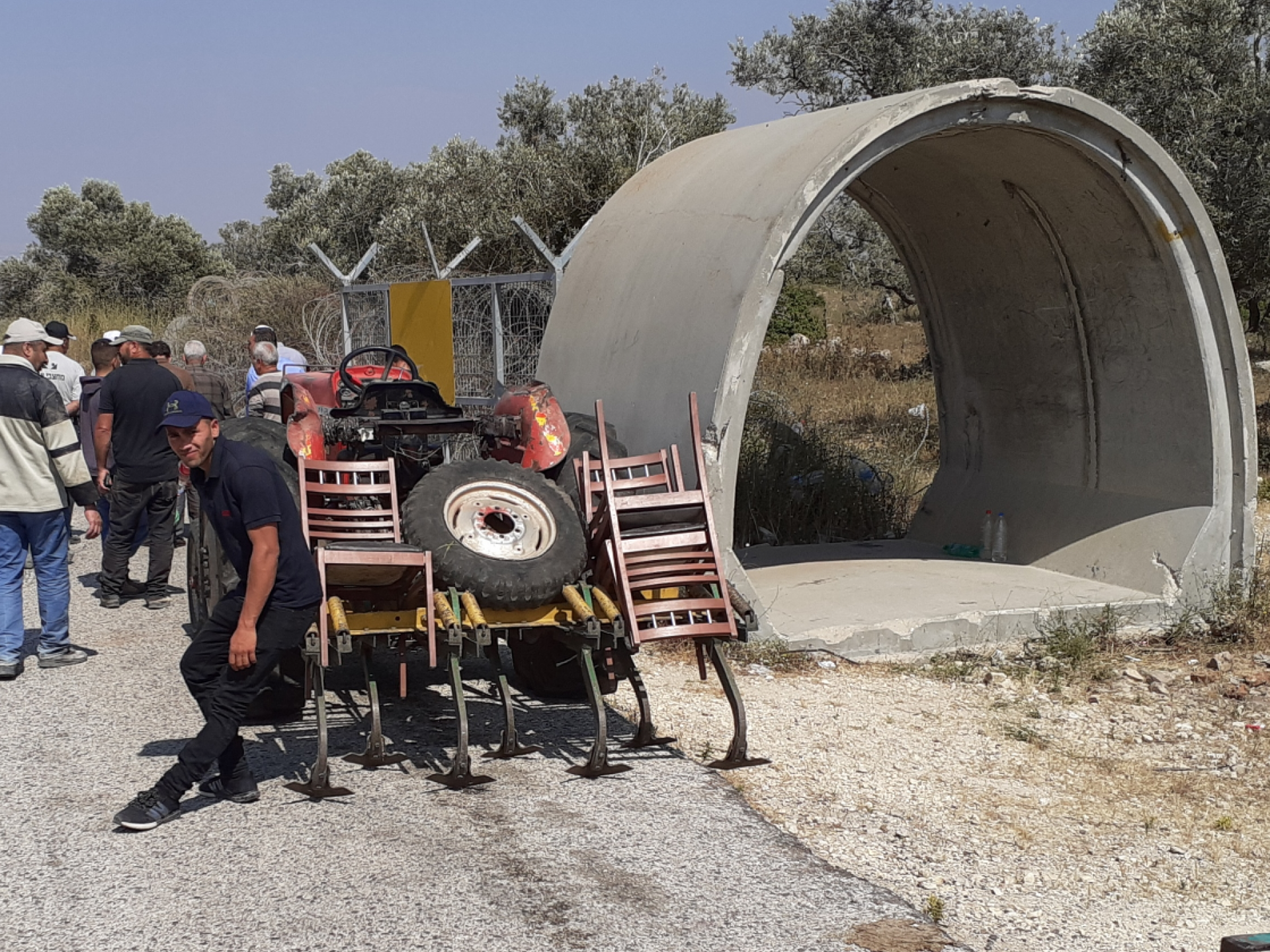 A way to create shed

Quiet and empty.  Two people pass through to the West Bank.

About two dozen people and three tractors loaded with junk wait to pass through to the village of Anin.  One tells us that his son has not received an agricultural permit, despite the fact that last year he received one. The father, age 61, finds it hard to work alone.  We refer him to the Center for the Defense of the Individual.  Another tells us that on Monday morning, they took his son’s agricultural permit claiming that he worked in Natania without a permit.  But according to the father, his son has a permit to work in Israel and at the Barta’a Checkpoint, he passes through with no problems.

15:15 – The military police arrive in time and open the checkpoint. People leave the concrete shed in which they found shade, and stand beside the gate.  By 15:25, everyone has passed through.

We pick up two hitchhikers, residents of Yamon, who were on their way to Barta’a Checkpoint.  The two work in Umm-al-Fahm nearby. There is no public transportation from there to the checkpoint and therefore they have to travel by hitchhiking.

We Pass by Barta’a Checkpoint on our way to Ya’bed-Dotan.  On the way and also next to the checkpoint we see many more army vehicles than usual, but there is no delay in the traffic in two directions.

The parking lot is very full, the Palestinian security guards are in place, many workers return from work and drivers wait for them.  One person prays behind the metal shed and two, between the cars.  For some reason the side door of the shed is closed.  A family with two chidren and three large suitcases, stand out in the area.  The father is from Barta’a and the mother is from Shechem. They live in Jordan and come to visit their family in Barta’a.  They are waiting for their uncle from Shechem, who will join them.