At the crossing of the checkpoint of Meitar the families of the prisoners are passing and s do we. There are only two buses and the passage is swift. But the Israeli buses have not yet arrived. The Red Cross is organizing the visits. Five hours of travelling , there is much checking and only 20 minutes with the prisoner him or herself.

All along the way and wherever possible we see these signs,  the signs which have stolen Zionism from me. 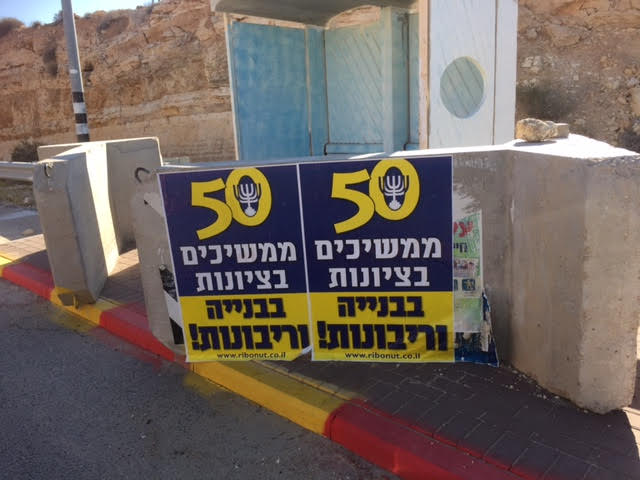 The checkpoint of Samoa.

Each checkpoint is now decorated with an enormous flag. The checkpoints which now prevent me from identifying with the flag.

The checkpoint  at the entrance of Dahariya. The flag is hidden behind the white car of the army.This is a jeep which guards the spring in front of the crossroads of Dura el fawwar

The roads on which cars can travel have been blocked by large rocks. On Saturday the bulldozer worked here  and the religious did not quit the government.
The stones block the road. 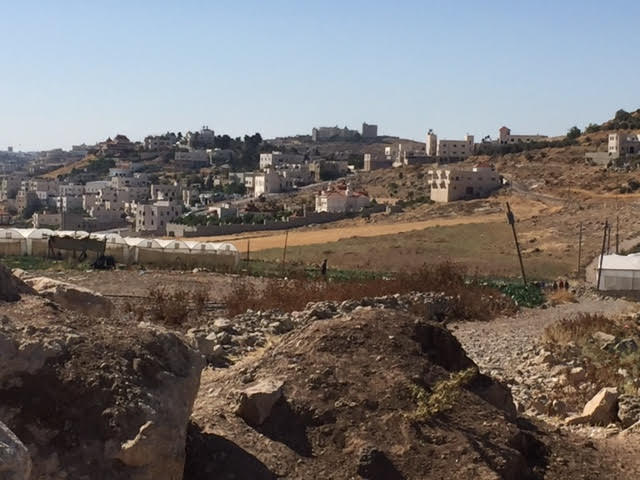 The water here is excellent and a generous Palestinian allowed us to drink even though it is Ramadan. 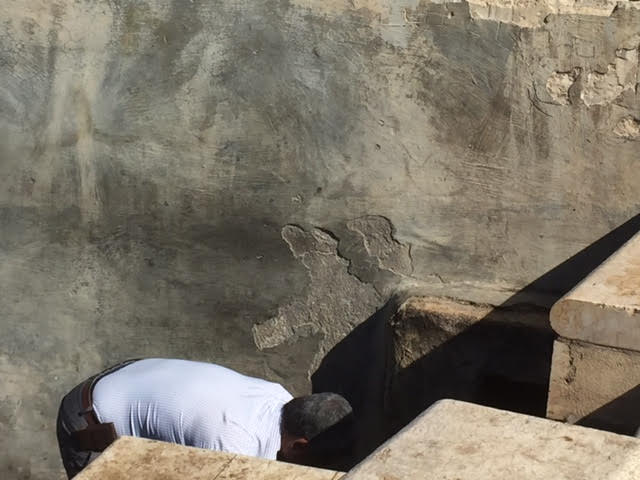 The soldier with the pointed gun descended from the jeep. He says that he is defending me and actually believes what he is sayng.

The poor guy really believes this.

I appreciate it, I say, and we go on our way.

The entrance to Bani Naim is blocked.

There are already 16 caravans at Givat Gal. A new neighborhood is being constructed at Kiryat Arba and is partially on private Palestinian land. The Tamimi family continues to suffer. The old barricade on the road which leads to other  neighborhoods in H1 has now become permanent.

In Kiryat Arab we find this sign of Amana, the settling organization. 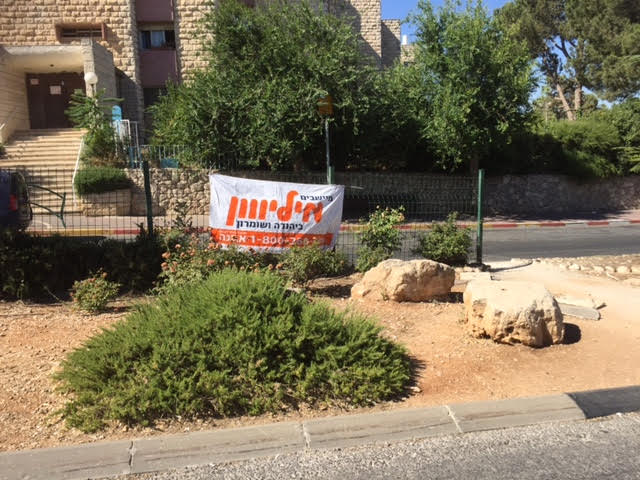 The new checkpoint which is being built between the Avot Hill and the neighborhood of Kapisha is almost completed and will be open after Ramadan.

The soldiers of the company no.1 invite enveryone to their pillbox.

The H2 area is empty of Palestinians, everyone is at home. Even Abed had not opened his shop.

The long and weary month of Ramadan

Read the book ….50 years of occupation 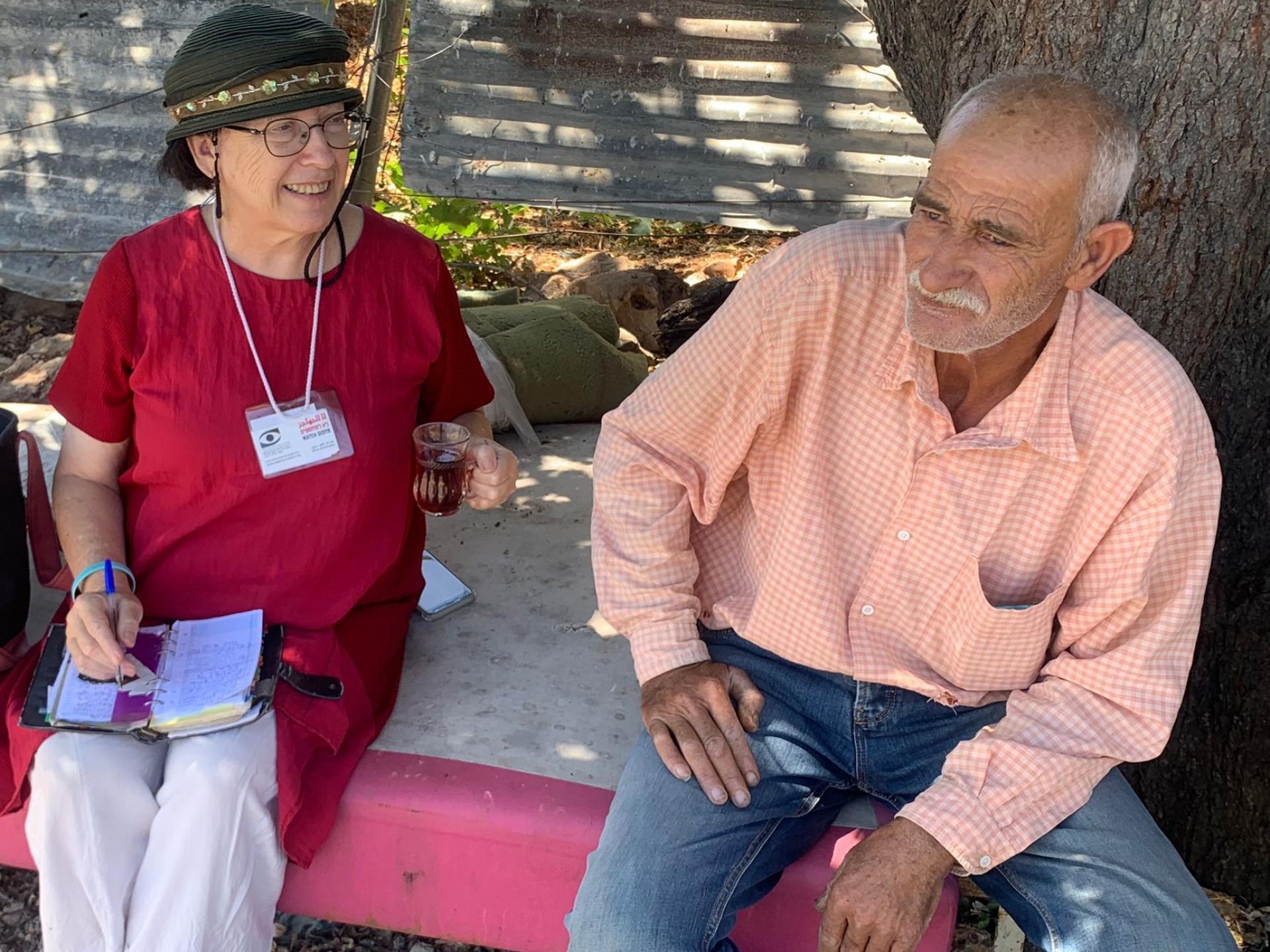 Hebron - with Jawdi at the Jaber family