Etzion DCO: The bureaucracy as usual, and on the way everything is green and flowering | Machsomwatch
Skip to main content
Back to reports search page

Etzion DCO: The bureaucracy as usual, and on the way everything is green and flowering 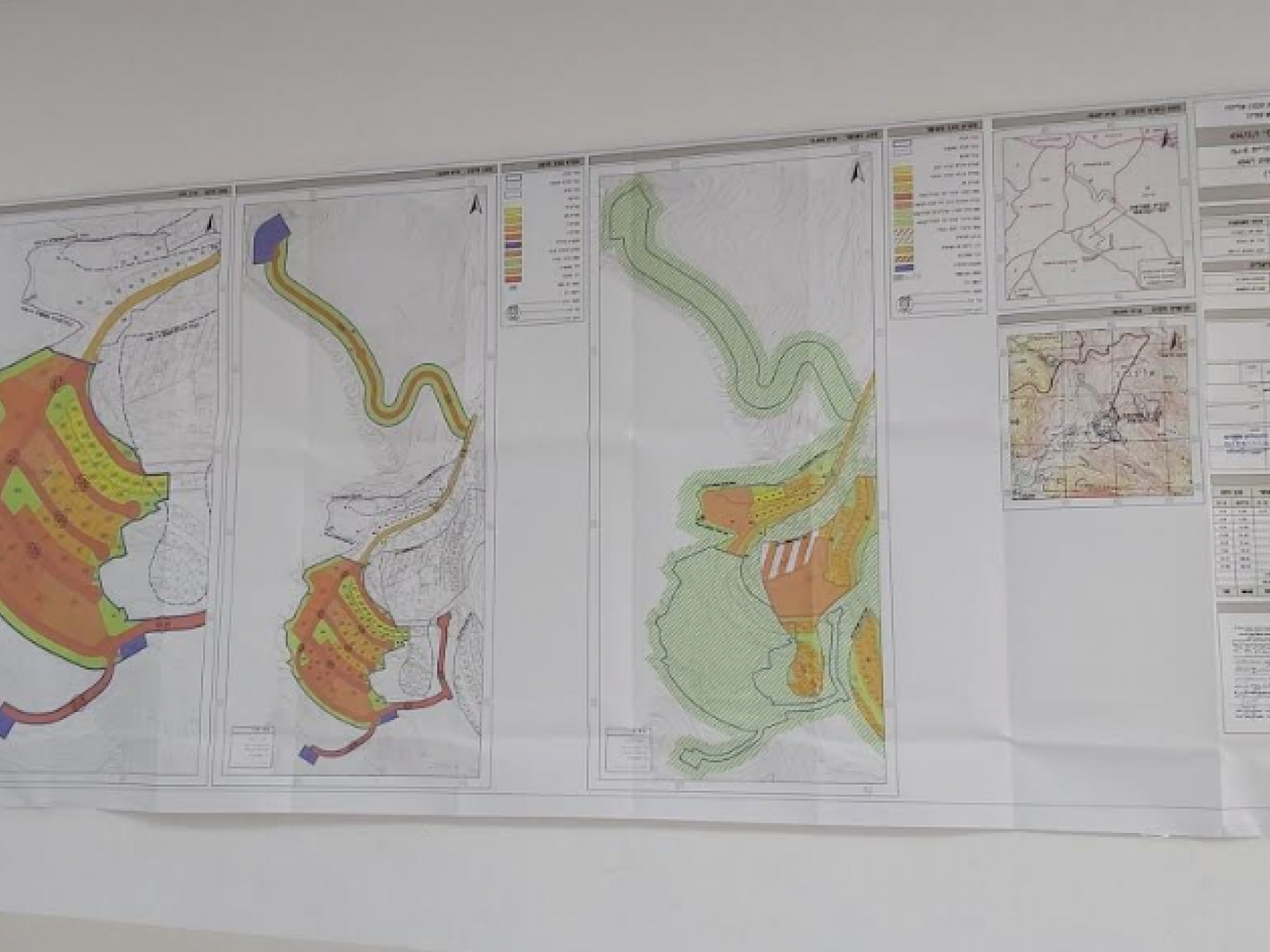 11.15 A pleasant spring-like day. At road junctions there are posters , headed "Sovereignty Now"', as well  as notices calling for votes for  Itamar Ben Gvir in the coming elections.

Not many cars in the parking lot and few people in the waiting room. On the wall is a detailed notice of a plan with maps attached.

A woman, apparently Jewish, approached the turnstile but there was no soldier at the window and none came when she called. We gave her the phone number to call inside. When the soldier who answered asked her what she wanted, she said "permits" and he replied "take a number". This was a bit surprising as he could see her in his camera

. We explained to her that these were the numbers the Palesttinians took.  When the soldier realized that she was from Carmei Tsur, coming to take permits for their workers, he directed her to the bulding around the corner, saying that it would open only at 12, however.

Then we saw the soldier working with a man in civilian clothing, apparently a technician, adjusting something in the system which was holding up the few waiting Palestinians, but they finally entered. One man told us that he came with his brother to cancel his work permit for Mishor Adumim where he has finished working with one employer, so as to get a permit to work with a new employer in Israel. Yesterday his brother waited a few hours. The soldier who dealt with him was apparently new and didn't know what to do; a procedure that should have taken minutes went on for hours. And in the end the soldier told him to write by hand a letter saying what he needed. But then there was a fault in the computer and he was sent home. Today they managed to complete the whole business in a few minutes and he was promised that he would get the required permit on Sunday.

Considering how few people were at Etzion, it is unclear why people from the Bethlehem area villages (other than Beit Jallah and Beit Sahur)  have to go to Tarkumiah for magnetic cards.