Children under occupation - the case of Burin 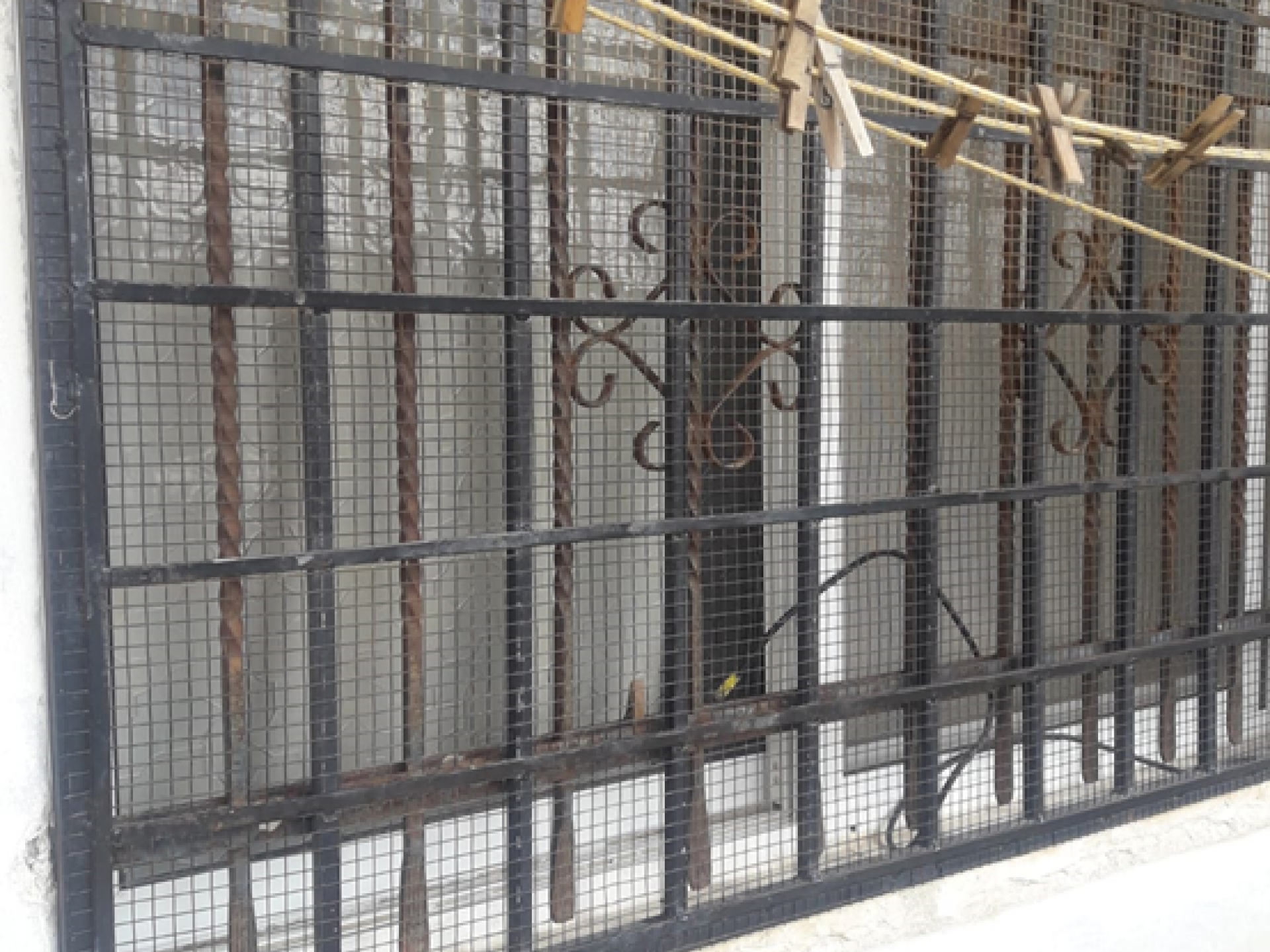 Densely barred house from the horror of stones

When we met with women from Burin two weeks ago we heard their distress over the harm to Burin’s children (cf. the report from 29.1.20). We decided to add shifts and document what happens in the school.  Additional women told us they wanted to participate. We arranged with M. to come today, and also with H., whose home is situated in location providing a view down to the school.

When we arrived in the village we saw three military vehicles with soldiers and police and also an Israeli civilian vehicle at the bus stop in front of the school. It’s 10:15.  They turn around and leave the village.

H. meets us and we sit in her courtyard with two of her sisters-in-law who also live in the house.  We observe the school. It’s recess; the children go out to the schoolyard. The principal calls hysterically over the PA system for the children to return to the classrooms, not to wander around, not to provoke (soldiers?) by throwing stones from inside the school.

We sense the tone is hysterical, but the women tell us that’s how it is every day.  The PA announcement is audible at a distance of half a kilometer from the school.

(Later in the day we were notified that in the morning, prior to our arrival, settlers attempted to enter the school and the principal locked the gates

and demanded that the pupils return to their classrooms.)

The women point to two soldiers patrolling a location overlooking the school.  They go in and out of a booth located on a dirt path running south from the school (toward Yizhar).

Children gather in H’s yard.  They should be in school, but have been injured and damaged by the occupation.  They’ve remained at home, with nothing to do, and no one is treating them.

H’s daughter:  She became ill at age 2 and had to be taken by ambulance to the hospital.  The army detained the ambulance and she was left mentally handicapped.  Today she’s 18.

C., R’s son, displays a scar on his neck from a bullet fired at youths in the street on Ramadan eve two years earlier.  Since then he’s been unable to eat solid food.  The injury is painful.  It prevented him from finishing school.

His 14-year-old brother.  Two years ago he was wounded in the eye by a fragment of a tear gas grenade that was fired at the school.  Since then he’s afraid to go to school, and stays home. A trauma victim who isn’t being treated.

H’s youngest daughter, an elementary school pupil.  She was kept in first grade for three years because she’d been absent from school for long periods of time because she was afraid.

This isn’t a sample, but it apparently represents something.  Munir confirms that many of Burin’s children are in a similar situation.  He says that’s true throughout Palestine, and is surprised we don’t understand how the occupation affects their lives.

That’s what we painfully documented today.

The women bring us to a neighboring house, above H’s.  It’s grand, overlooks the village, and is about 500 meters from Giv’at Ronen. The house has been abandoned in fear of the settlers. The house we’re visiting has all its windows tightly barred against rocks thrown from there. Two and a half years ago, in the middle of the night, stones were thrown at them, and afterwards she “chained up” the house.  She says it feels as if she’s in jail.

It’s important to send shifts to document and support the residents of Burin.