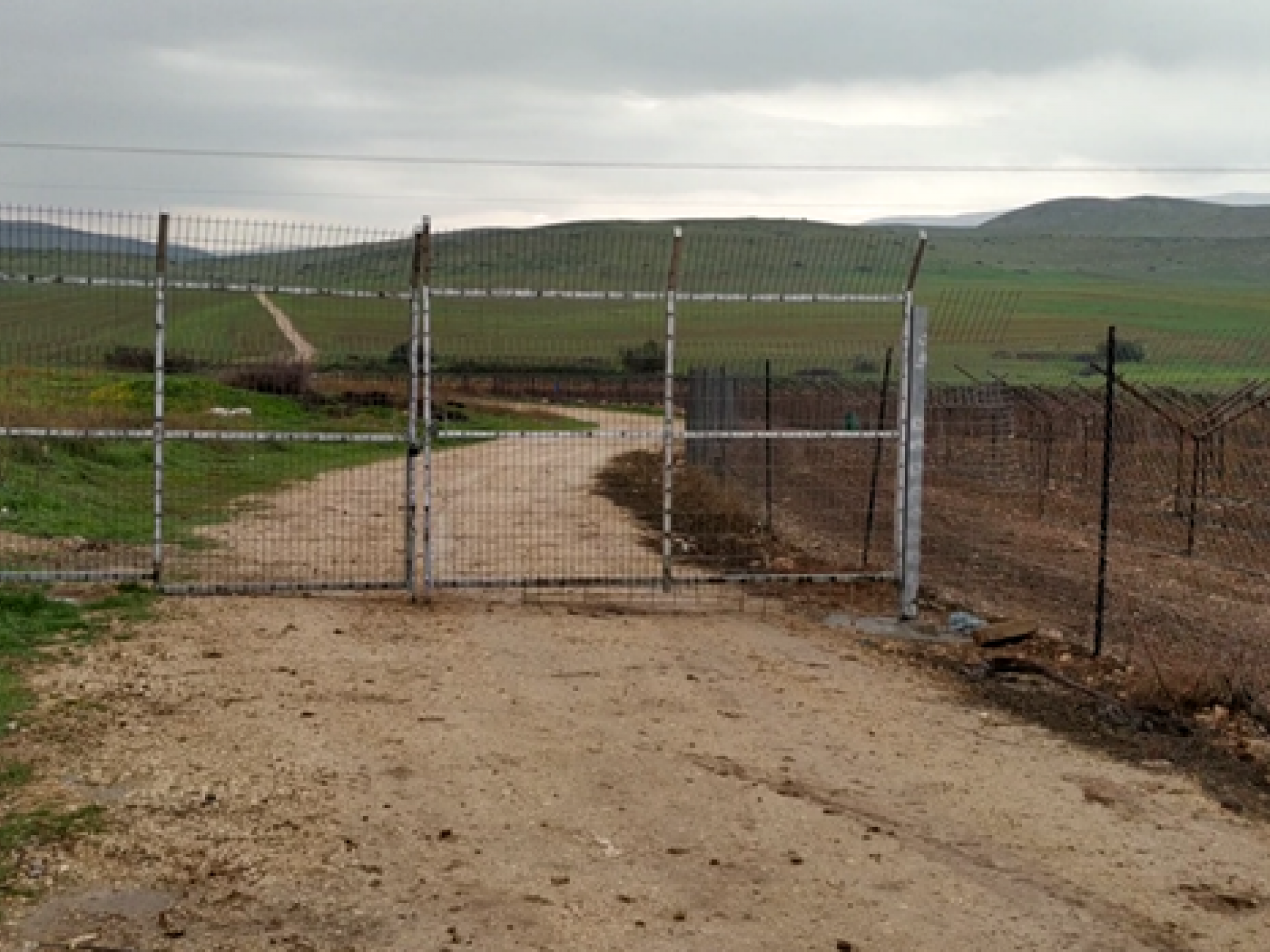 The Jordan Valley, a gate that blocks the way for Palestinian tractors 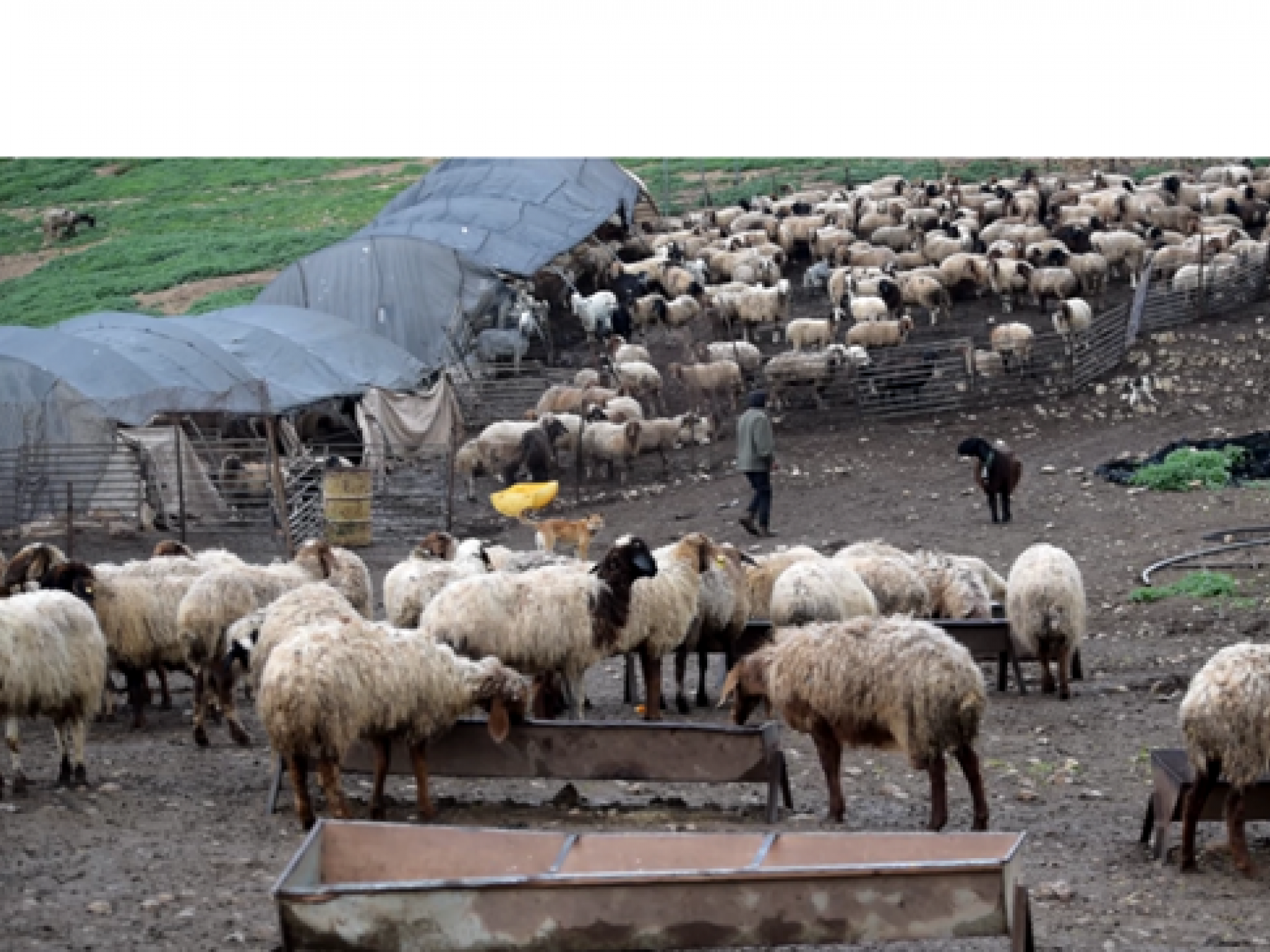 The Jordan Valley: The herd in Ein al Hilweh before leaving for pasture 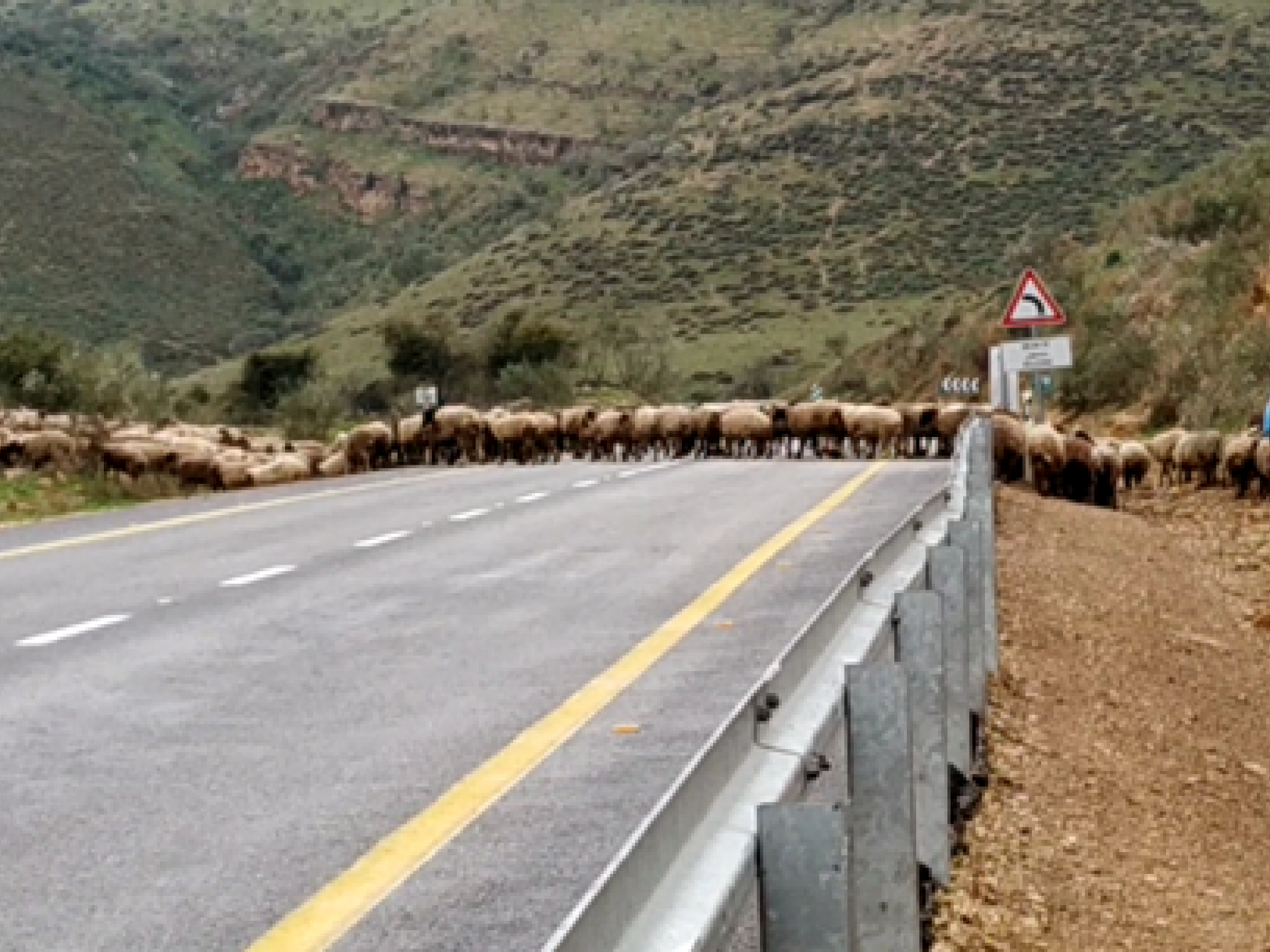 Ein al Hilwe: The herd crosses the road on the way to pasture 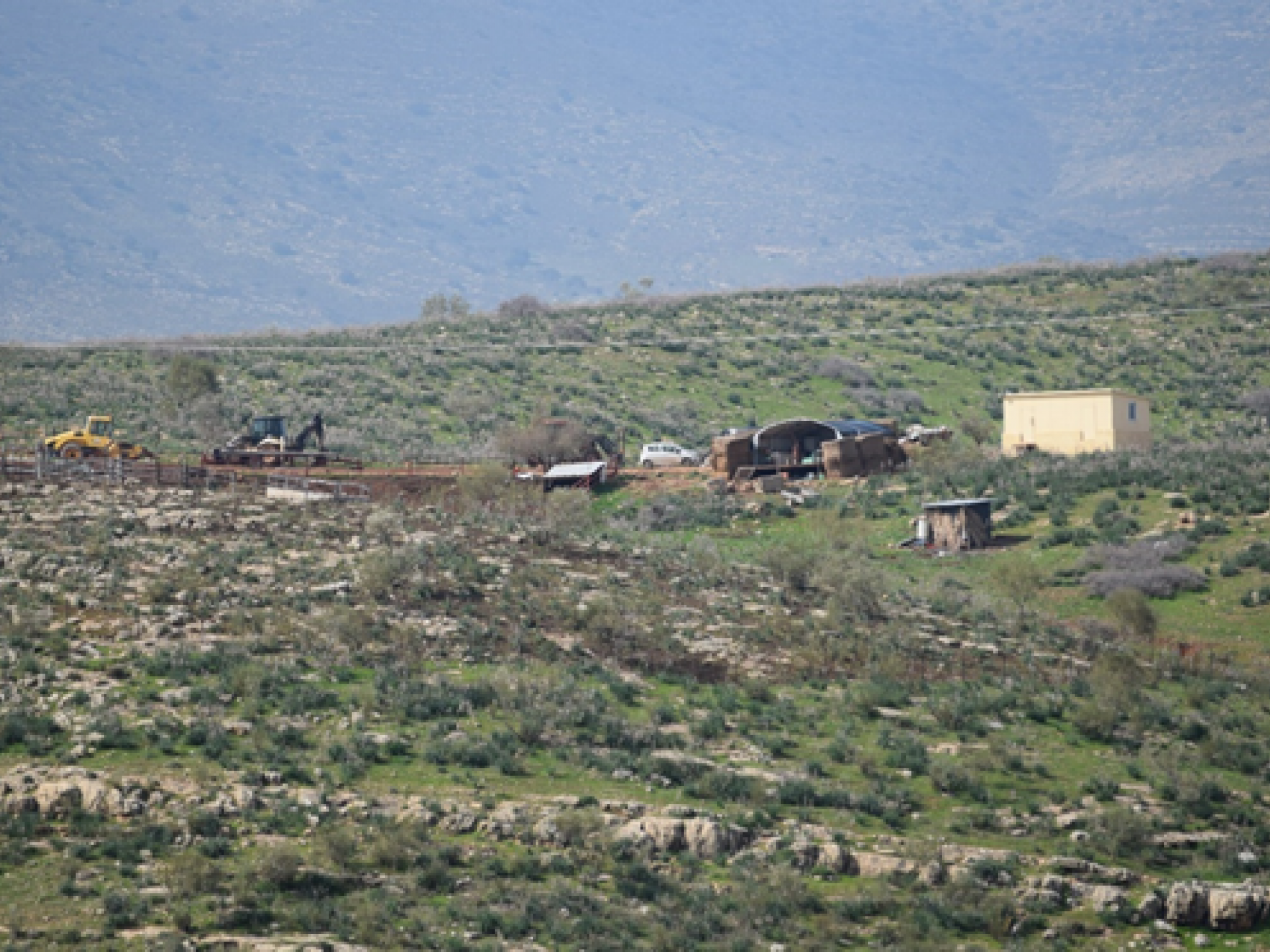 The Jordan Valley: The new outpost south of the Maskiyot settlement on the west side of Alon Road

8 a.m. – Maale Efrayim checkpoint is manned. A line of Palestinian cars waits to cross the checkpoint in the direction of the Palestinian Jordan Valley, closely watched by Border Policemen. We stopped behind the last car but a woman-soldier spotted us and instructed us to use the open right-hand side lane, for Jews only.

8:30 settler-colony Ro’i’s southern gate is locked. We did not go through the northern gate but heard later from another team of shepherd accompaniers that it too is locked.

We continued to En Al Hilwa where last preparations were being made to go out to graze.

We went with M., 22-year old. Not yet married. He is one of the two brothers who was lately detained on the false pretext that he was throwing stones. The brothers were released, each for a 1500 shekel bail, and are still awaiting trial.

We followed the shepherd and his flock on the hills parallel to the road until we reached the spot with no safety fence. The flock crossed it (Allon Road) and continued east and south. Cars do pass there every few minutes, mainly military vehicles, but luckily there were one at the time.  In the north we saw the houses of Maskiyot settler-colony. ON our way we detected the water pipe that is laid from Maskiyot towards the outpost on the hills by the road. It is lying there, just like that, exposed to any eye, on the ground. Apparently the settler-colonists do not fear the locals who are required to bring water for their needs from far away with a tractor and water tanker, at a steep price.

The weather was cold and rainy and the ground muddy and slippery, which made climbing up and down the steep hillsides quite difficult. The wild flowers are all a-bloom and the red anemones stand out in the surrounding green fields.

Up the hills, at a certain site chosen by the shepherd, we sat down to rest and have the traditional tea, flat bread and green cooked dish served to us as refreshment. Our presence on the ground went peacefully, without any confrontations with the settler-colonists and army. The structures at the new outpost are clearly visible: two residential trailers as well as a sheep pen, bulldozer and other heavy equipment. While watching we saw an army jeep climbing up the track to the outpost.

At 2 p.m. we began our trek down to the encampment and our car. When we arrived there, we saw one of the family’s children carrying 2 young lambs that had just been born.