Summary: we visited two Bedouin families living next to the village of Fassail.
The homes of both families has been demolished by the army for the fourth time.

The rubble is still visible on the ground.

On December 6, about 50 soldiers arrived, according to one of the victims, equipped with a D9 bulldozer or some other tool of destruction, at 9 a.m., without anything in writing, no prior warning, ordered people out of what had been dwellings (tents) and demolished everything to the ground – dwellings+kitchen.

One family – parents and 4 chidlren ages 3-8 – received a small donated tent (see Daphne’s report of a few days ago), and they are waiting for some miracle to land a real dwelling tent on them. In the meantime the Red Cross has been there and not returned, and they are still waiting.

In the past other family members lived here as well, but they gave uyp and moved to the Bethlehem area, exactly as the Occupation planned. The remaining, weaker members of the family did not have the capacity to leave nor have they the strength to remain. Perhaps fate or unknown human resources will arrive and change their reality for the better. Inshallah.

At the second family’s place, a mother and her children, the army totally destroyed their kitchen. “They brought knives and cut up the tarpaulin to little bits” said the mother, a smile on her face. The children decorate the dwelling tent with flowers and squares and fruit drawn in pencils. Ibrahim asked if we brought games, and no, we didn’t. We’ll bring them next time. Hens and kitties roam the rubble, among the scattered kitchen utensils and remains of iron rods accumulating between one demolition and the next.

The dwelling tent radiates a momentary security, orderly and neat with rugs, mattresses piled up in the corner, and life goes on.

Today is the Prophet Mohammad’s Birthday – school holiday. The children are “at home”. They roam around. The flock of sheep belonging to their extended family returning from pasture serves the children as a playground.

To our question who takes care of their legal business, we are told there’s an attorney’s office in Jerusalem, Mu’asasat Al Quds. No one from there has arrived and it is not quite clear what is being done in their matter. An old uncle living nearby is responsible for their contact with that office.

The most permanent object here is the green tree. It is always there. One can sit in its shade when the sun beats down, but we‘re not sure it can serve as a shelter from the winter rains.

Alongside the sights and the horrendous distress arises the question about us as present witnesses, hearing and seeing, what is our role here? Is it enough to write a report and go home? Should we lay down on the road? Open our bank account? Shriek to God? Will anything change as a result of our action or non-action? Will we sleep peacefully tonight? 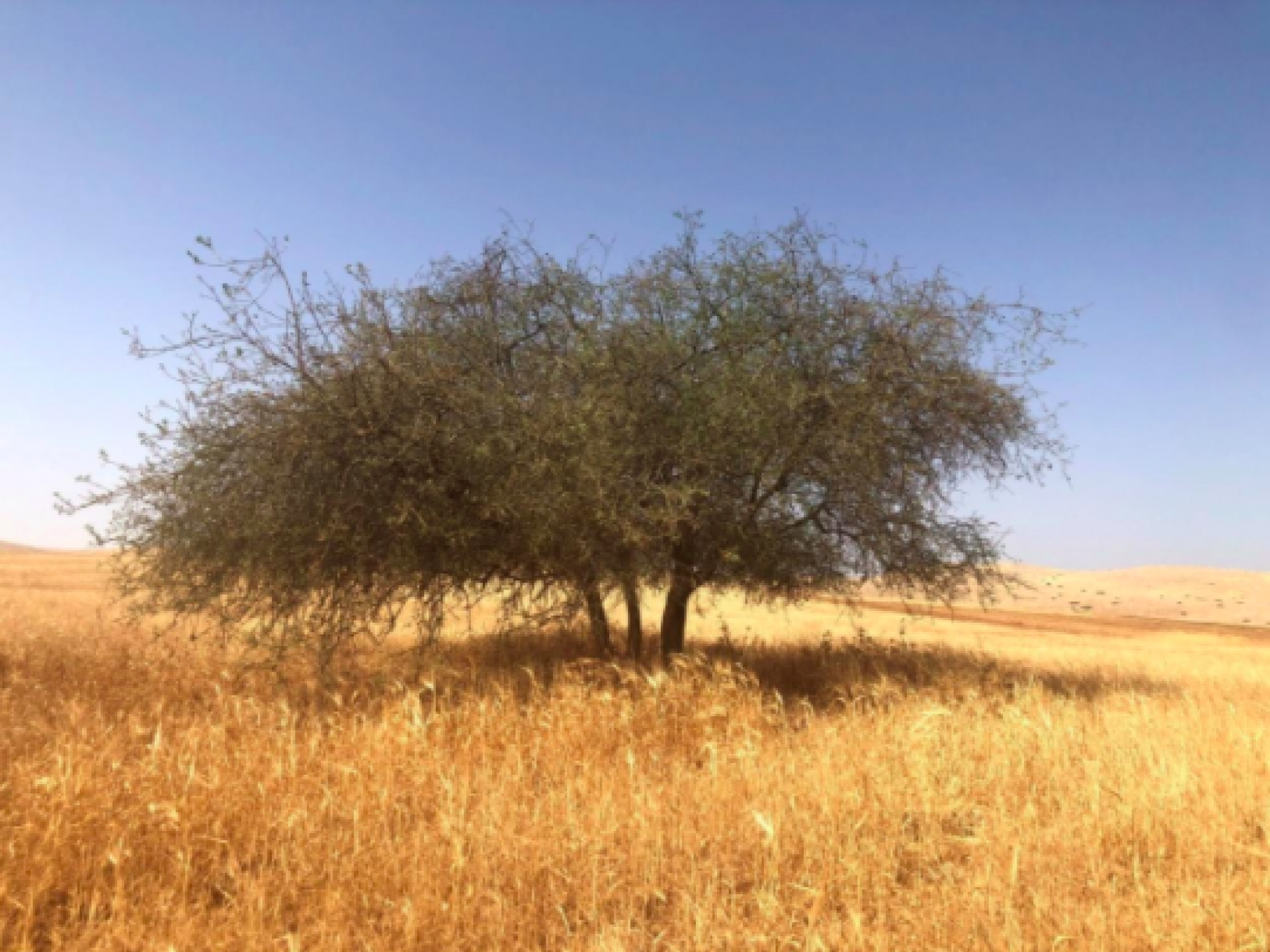 Wheat fields on the road to Hadidya