Homsa: In the dead of night the army came to confiscate poor equipment | Machsomwatch
Skip to main content
Back to reports search page

Homsa: In the dead of night the army came to confiscate poor equipment 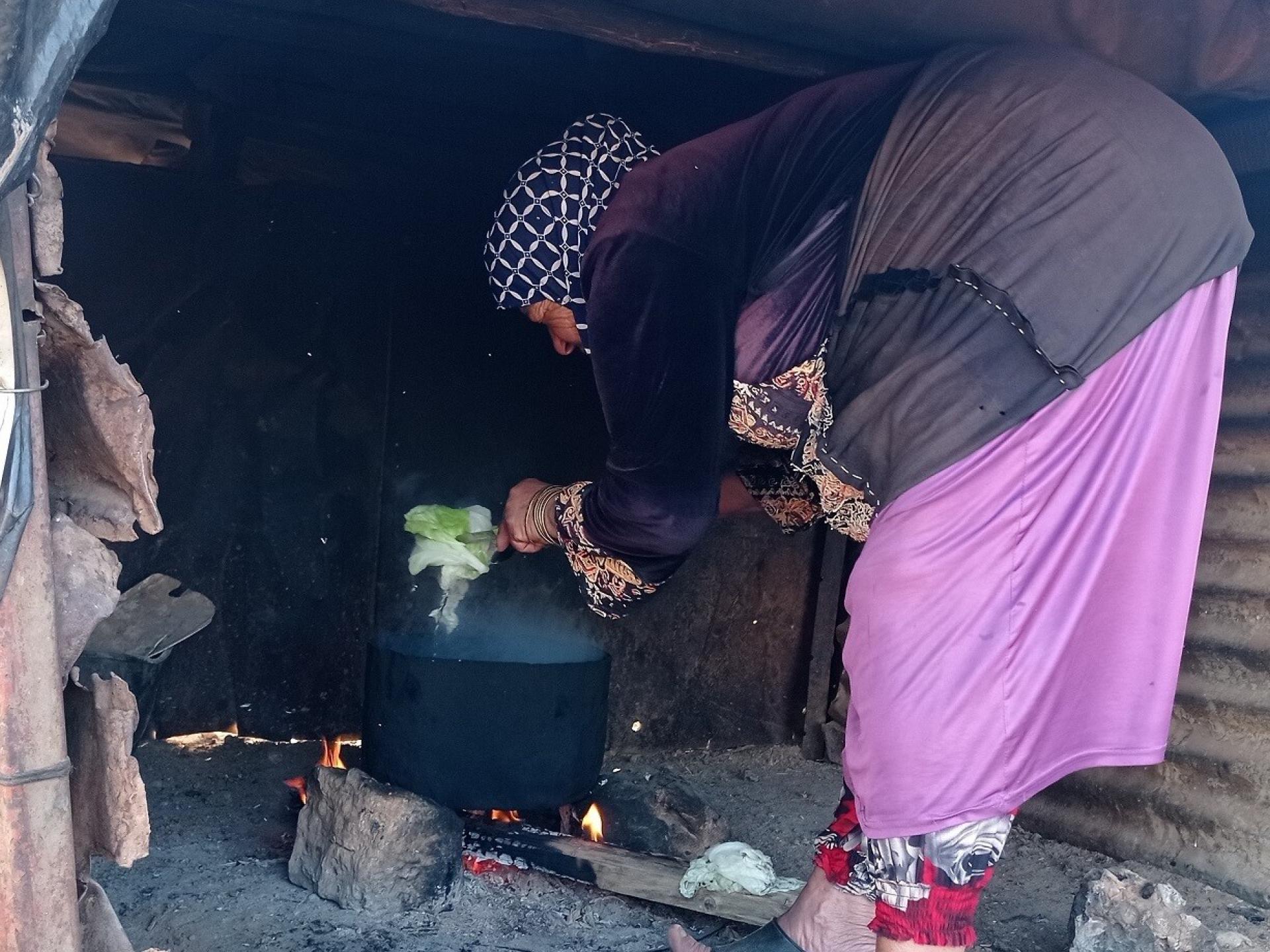 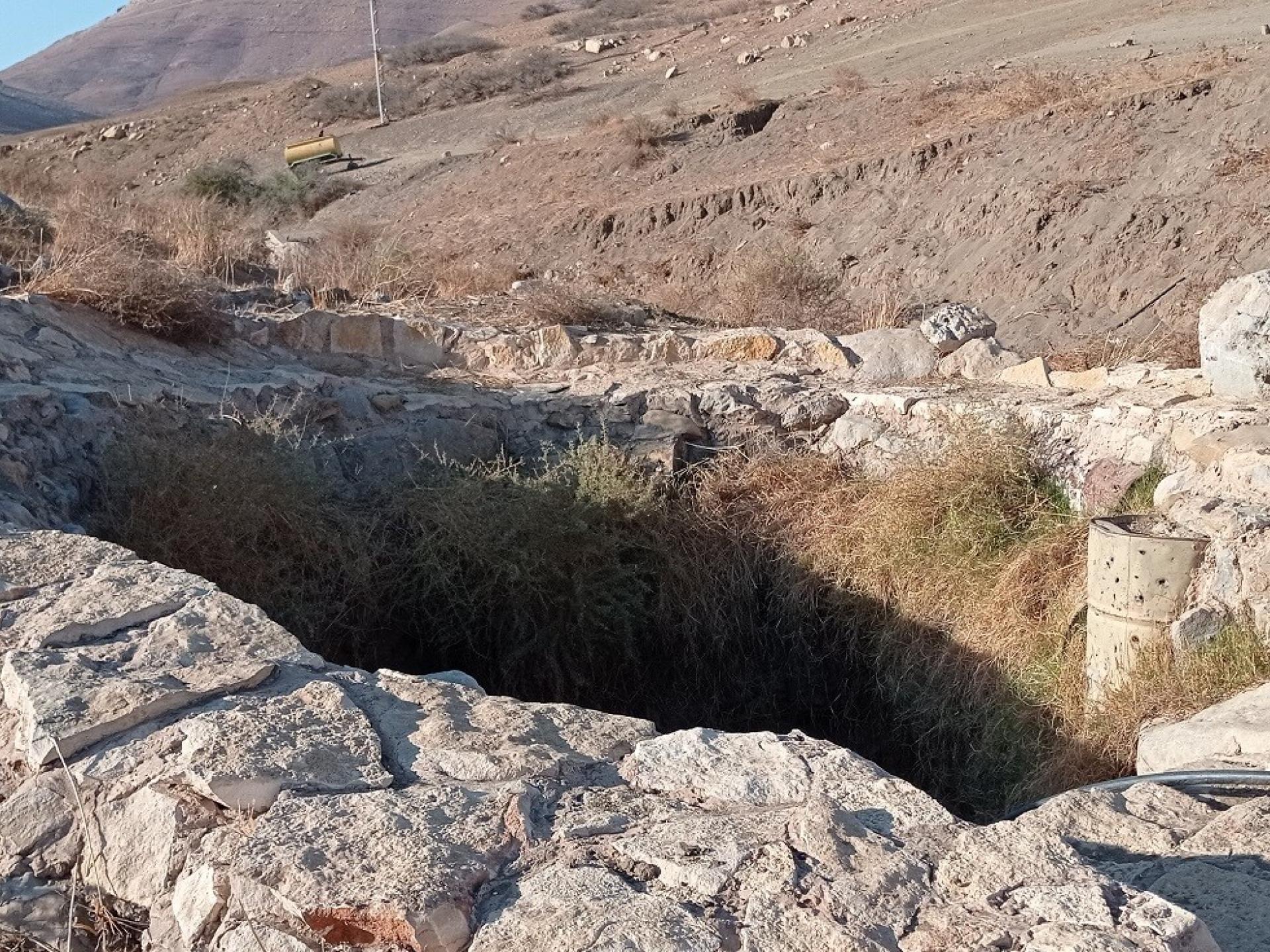 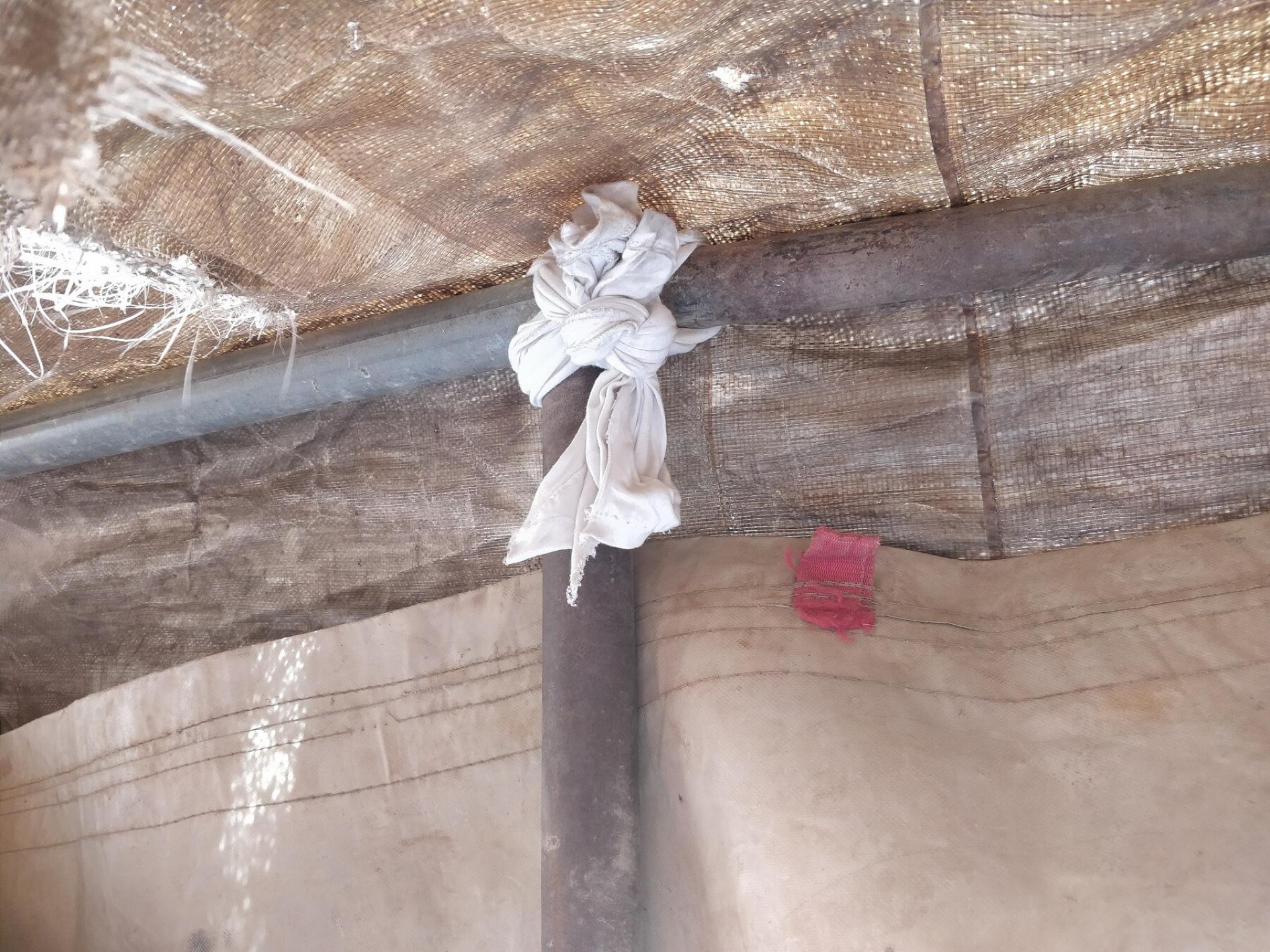 Jordan Valley, al Meyteh: The tent pillars are tied with a keffiyeh 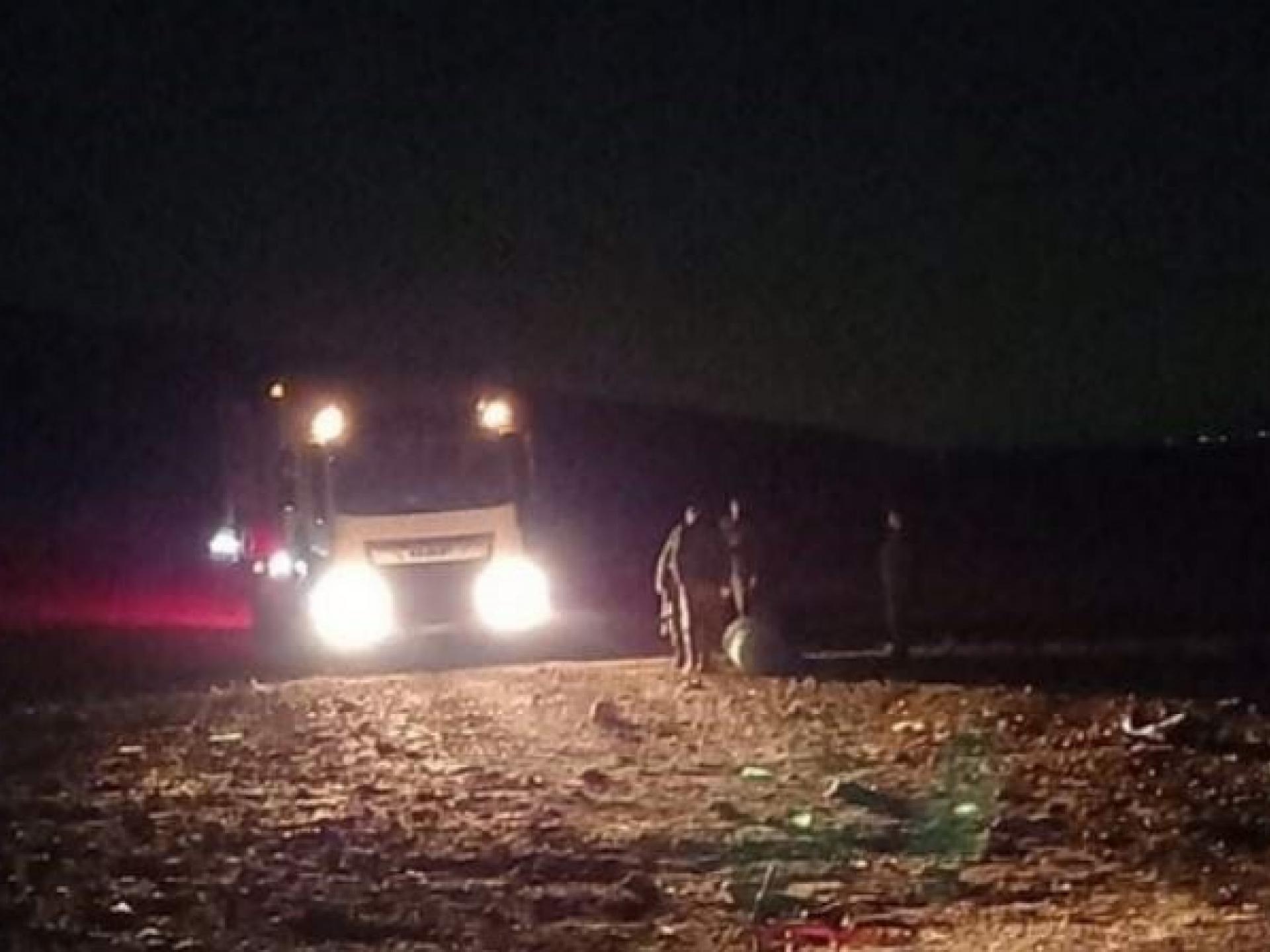 Jordan Valley, Humsa: The army confiscates equipment in the middle of the night 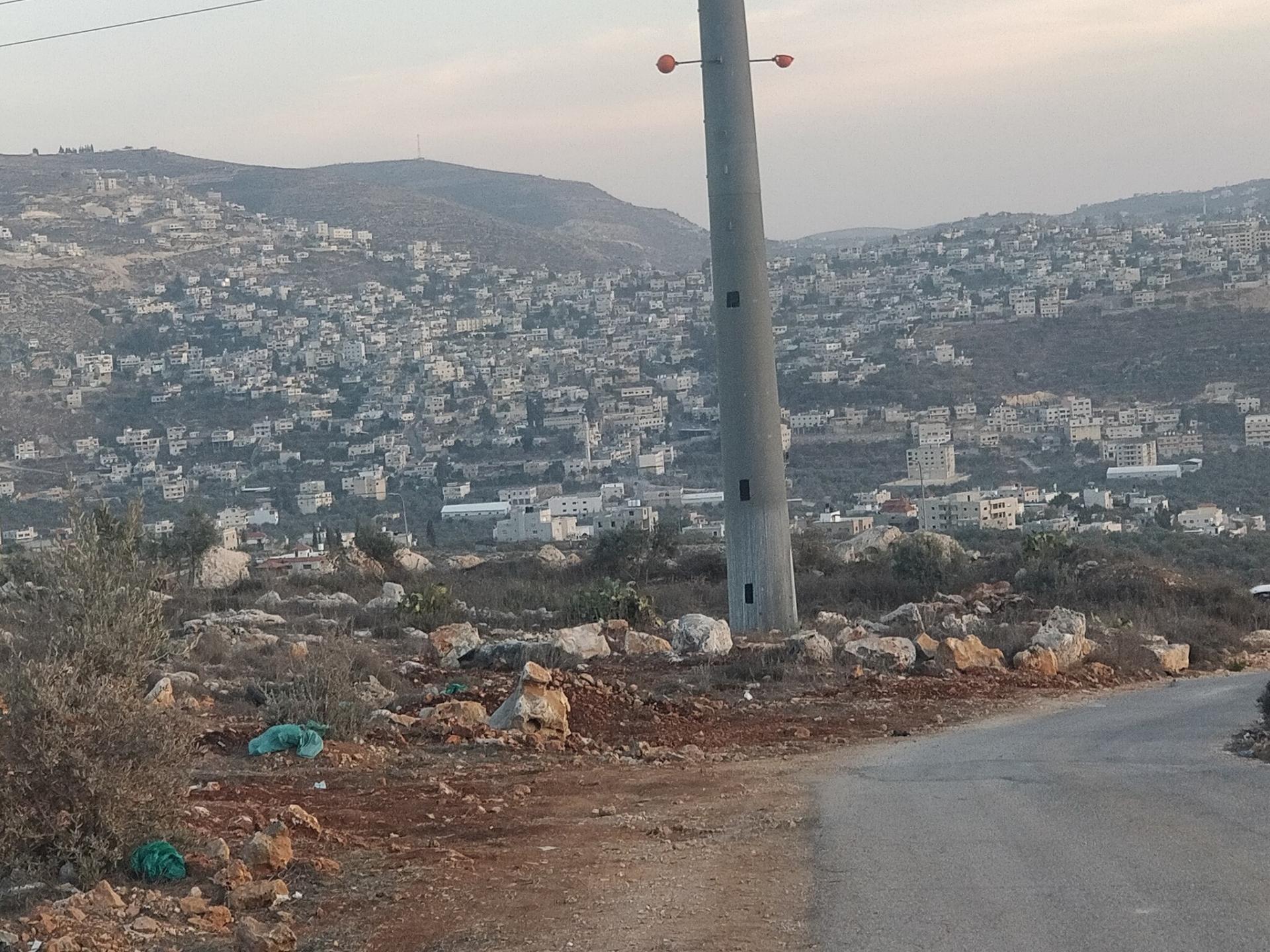 The Jordan Valley, the view at the foot of the illegal outpost Eviatar (Palestinian village of Kovlan) 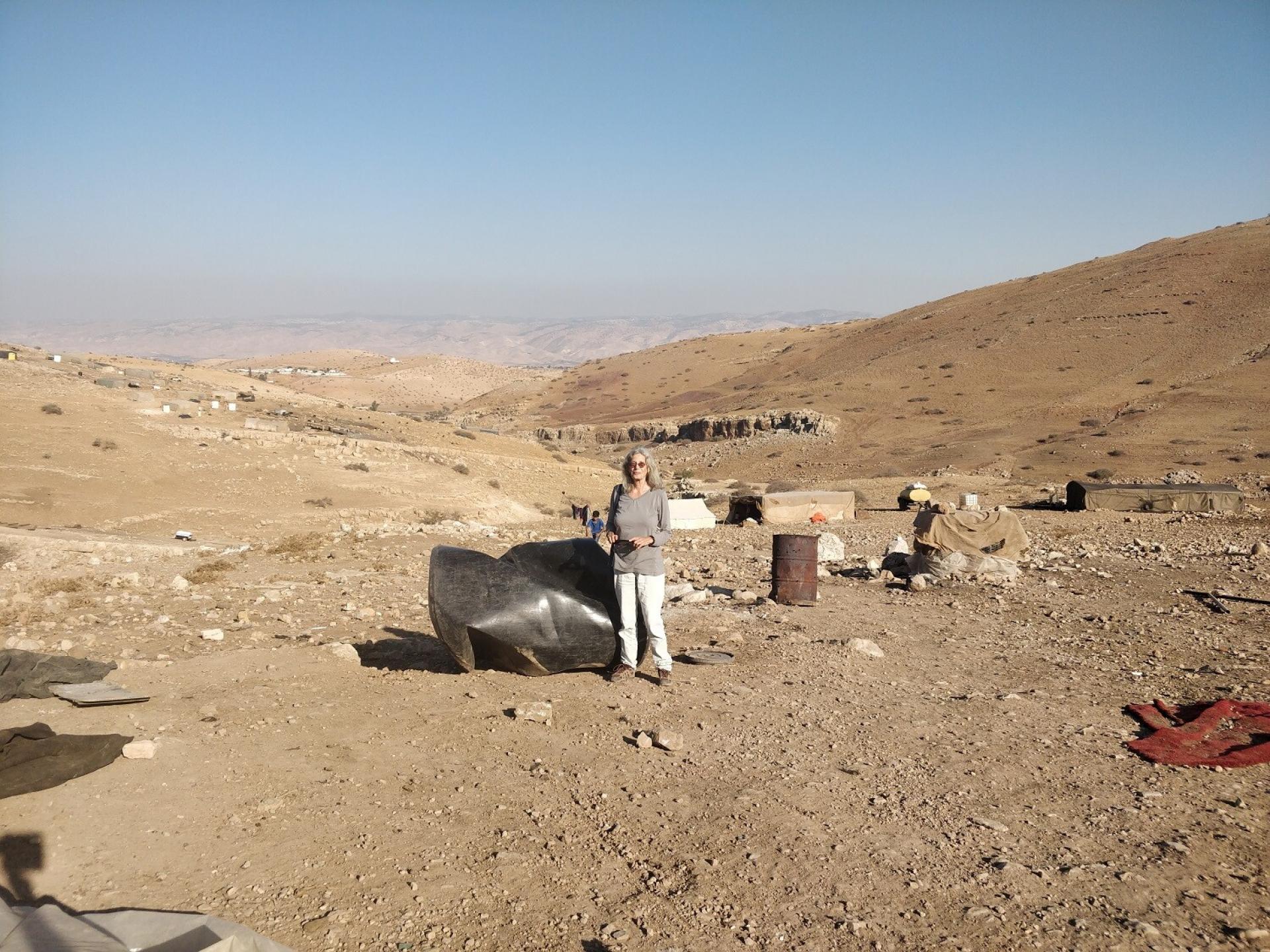 Nurit near the water tank that the army blew up

After the home of Mohammad and Hoda was demolished 10 days ago and their story was publicized, wonderful people donated equipment for the home, money, food, blankets and work tools. In the money that was donated we bought equipment that would rebuild their home, loaded Shlomo’s pickup truck and drove out to Al Meyteh.

On our way we met Oded and Martin, of the Shepherd Accompaniers Coalition, who – while accompanying and protecting a shepherd near Hamra settler-colony, hit a rock and their car radiator broke – and now, at 11a.m., they were stuck near the Beaqot (Hamra) checkpoint waiting for the tow truck. We crossed the checkpoint, drove to the grocery store at Beit Hassan, bought them some drinks and snacks, and proceeded on our way.

At Al Meyteh everyone, young and old, welcomed us with beaming faces. This time we met all the children in a tent made of sacks and plastic sheets. The ‘roof’ is torn at several points and will not be any kind of protection from the rain. This time we looked around: 25 families live in Al Meyteh, and at nearby Bourj 12 families are scattered around. By the path leading to the encampment there are two intact water holes, that store water in the winter but are dry in the summer.

Mohhamad grazes his flock south of the densely populated area. There is no longer any grass left. About a kilometer-two south of there a new illegal outpost was erected a few years ago, and Asael and his boys chase the shepherd and his flock from the area where they had grazed all their lives. We asked whether he wanted us to accompany him, and he said no. He calls the police and they make room for him, and another area for the settler-colonist. For the meantime this has worked. Meantime…

We proceeded to Humsa, the village that the State of Israel tried viciously to expel its inhabitants about 6 times in the past year. 8 families left the area that has been declared a ‘closed military zone’ (the army’s usual trick) and moved over some hundred meters to the west, outside the firing zone. A week ago, emissaries of the Civil Administration and the Israeli army came at 10 p.m., stayed there until morning and confiscated the plastic sheets we brought them some weeks ago. The sheets had been used as ‘walls’ for the sheep pens. The officials took them down and confiscated them. And why did they not take apart all the sheets? “Because these looked new, shiny”. Words of the commander. This is the criterion. New plastic sheets – forbidden. Torn, old and worn plastic sheets – not allowed either, but they do not confiscate them.

We saw 56-year-old Aisha, who can no longer straighten her back from so much work. She was preparing filled cabbage leaves (Malfouf) in bowls standing on the ground. Her taboun (earthen stone) has not yet been moved from the place where they lived until this past July. She asks us to help her enter the demolition area and transfer things to her new dwelling.

Her son takes me to see the cave they have cleaned out and prepared as dwelling for the animals in the cold winter days. They will be safe. And the people? Babies, elderly people? They will freeze in their miserable tents, praying that the occupier will let them keep the tents and not demolish them in the middle of a winter storm.

On our way home, at sunset, we entered the path leading to the illegal outpost Evyatar. We saw many homes, all with windows and doors blocked by wooden planks. Two Border Policemen stood guard at the gate. Inside there is an army unit. The outpost is located in the lands of Palestinian Beita, whose villagers demonstrate every week, protesting the robbery of their land. The army, in its usual violent way has already killed 10 demonstrators. One’s gaze from Evyatar in the other direction, towards Qablan, shows how densely the area is populated with Palestinians and how problematic it will be for a Jewish settler-colonist community to be built in the heart of this area.