There are sufficient permits for our servants. Not for landowners! | Machsomwatch
Skip to main content
Back to reports search page

There are sufficient permits for our servants. Not for landowners! 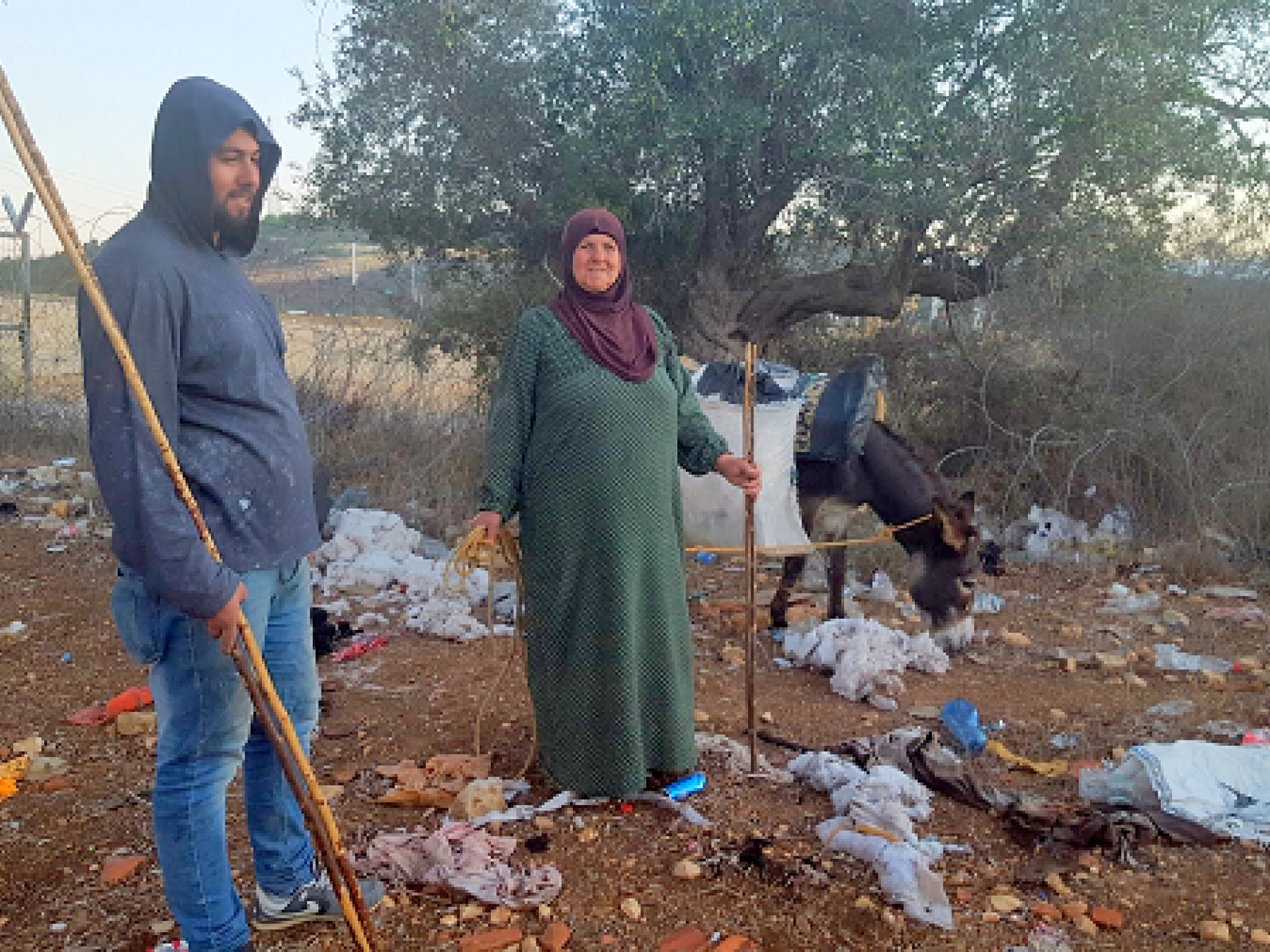 Anin checkpoint: the widowed olive-grove owner, the only member of her family to hold a permit for the olive harvest, opens her harvest season.
Photo:
Shuli Bar 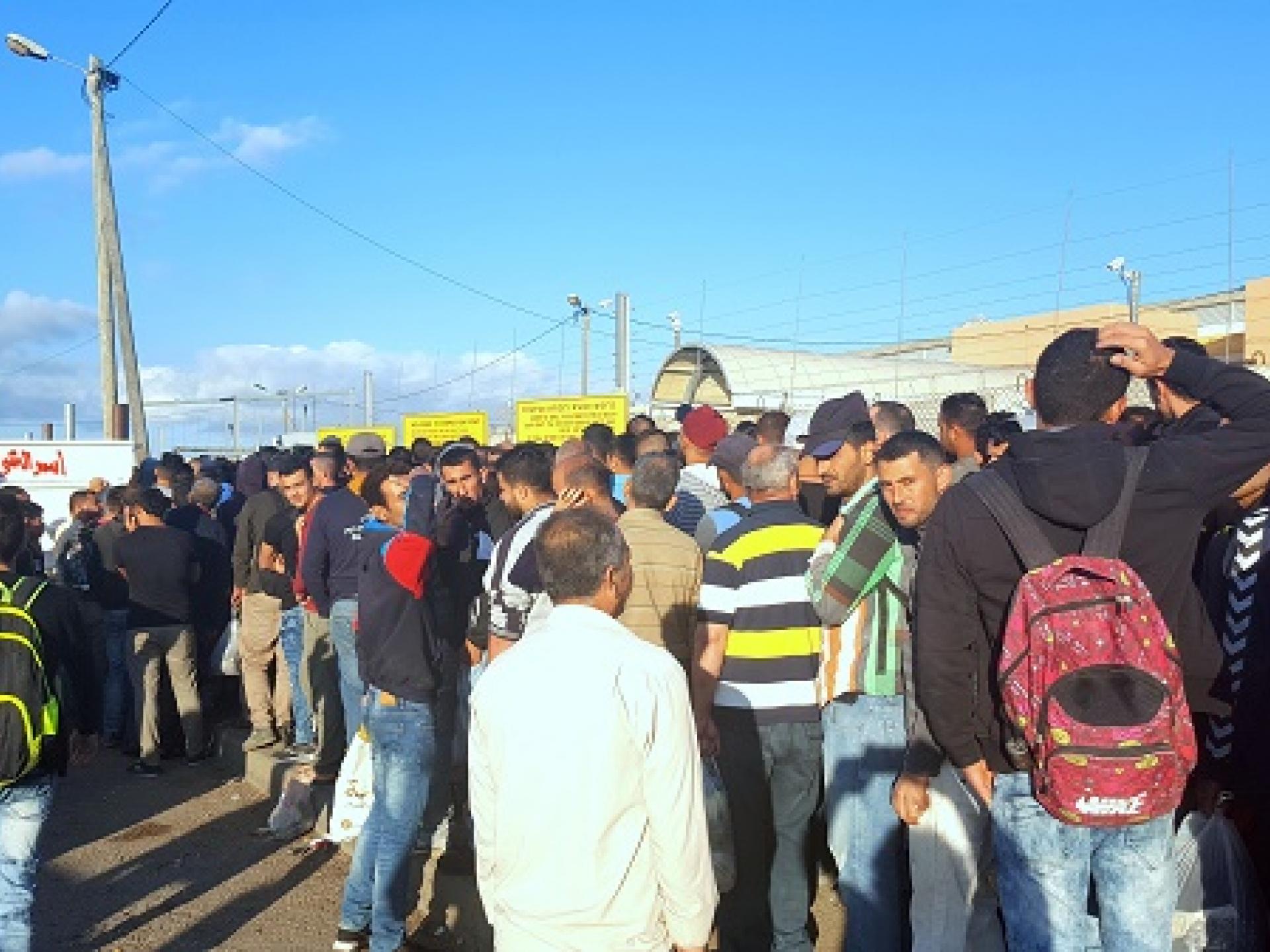 ‘Anin Checkpoint 6:30 a.m.
The olive harvest will begin next week, after the Jews finish their festivities
The checkpoint opens at the exact time it is supposed to, and passage appears to be taking place smoothly.
A youngster from the village shows us a farmer’s permit for all days of the week through this checkpoint alone, valid until the end of December, apparently until the end of the olive harvest. He owns groves and fields within the Seamline Zone, has a work permit inside Israel (in a construction site in the new town of Harish), had a permit to cross Barta’a checkpoint and all was well. Now the previous permit to cross Barta’a daily has been taken from him, and he is forced to return to limited crossing at ‘Aneen. He asks us for help to obtain a crossing permit through Toura checkpoint, which is open daily (naturally one cannot hold a crossing permit for two checkpoints). He asks: How can I manage to cultivate my lands only two days a week? How? We can hardly look him in the eye. What about the Palestinian DCO? They can’t help him, that’s what they told him. And the Israeli DCO? He went there twice, at Salem, and couldn’t get to meet the responsible officer. A relative of his tended a beautiful olive grove next to the checkpoint, until they pulled a similar trick on him and he gave up, abandoned the olive trees and became a cab driver with his private vehicle.

An Anin villager we have known for years, a widow, owns a grove down the hill near the checkpoint. She opened her own olive harvest, as she is the only person in her family who holds a permit for this time. The occupation does not recognize the possibility of family relatives helping each other in the burning seasons! Now she descends to her olive grove with her donkey and a youngster from the village, a grandchild perhaps. Her grove is far down the hill and next to the fence, with a locked gate. The Palestinians requested this gate be opened for passage, at least during harvest time, for the down- and up-hill trek is very difficult for her. The authorities wouldn’t open it.

An ‘Aneen villager who comes here with his vehicle to carry workers to their worksite – expanding the road from Katzir east to Umm Reihan – complains that the workers are only let through at 8 a.m. This “life fabric” checkpoint is nearly always empty, especially if the soldiers operate it at the necessary pace. So why arbitrarily delay workers for over an hour? At ‘Aneen we met a farmer wishing to access his lands, and whose permit has been taken away - a permit that made his life easier. Here we meet an ‘Aneen villager who has received a permit to transport workers to a road-construction especially wanted by the Occupation authorities. The occupied people’s livelihood only interests the occupier when ways to damage and ruin it are at hand. For works such as building the Jewish town of Harish, or expanding roads in the Seamline Zone there is sufficient paper and good will to issue work and transit permits.

We saw something was amiss when we were still in the upper car park. Even if the checkpoint opened only half an hour ago, still too few people were crossing. In the Palestinian lower car park we encounter scenes from the past: chaos. A crowd of people wait, angry, crushing against the entrance to the turnstile that leads to the terminal. Passage is stuck. Because of the Jewish High Holidays, there is closure

and no passage into Israel allowed, only into the Seamline Zone. But everyone showed up. ON a usual morning 2500 people and more cross here, most of them workers constructing the new Jewish town of Harish. Could the delay be a result of selecting and separating the workers?

Apparently the checkpoint opened 15 minutes earlier than usual, and when we got there everyone had already crossed.